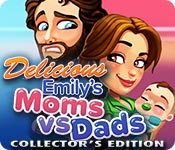 Join Emily and Patrick in a hilarious battle of the sexes!

The Delicious series is back and the moms are testing the dads’ mettle in this fun take on an age-old debate! Who will end up victorious?
We’ve all been there, whether as parents or kids – why aren’t chores split evenly in the family? Why does one person always seem to do almost everything and, most importantly, what can you do about it? Emily and Patrick face (and answer!) this question in Emily’s newest story, Moms vs Dads! 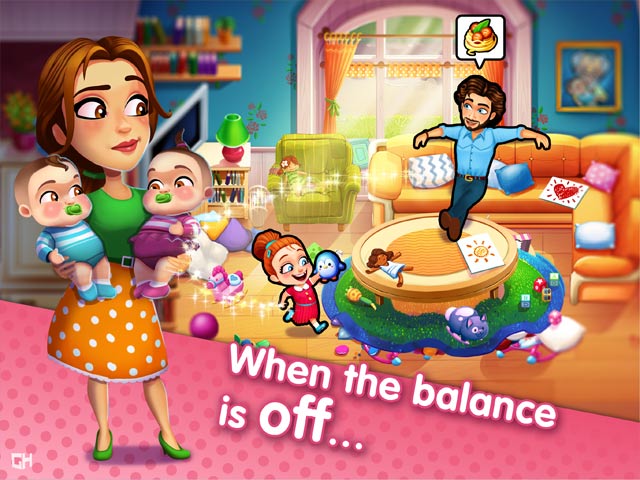 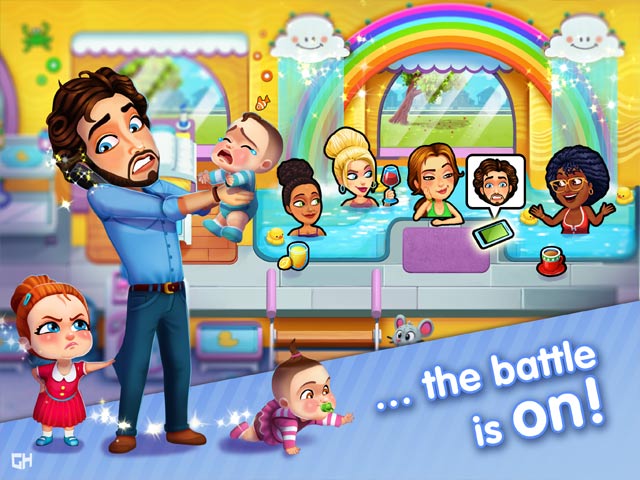 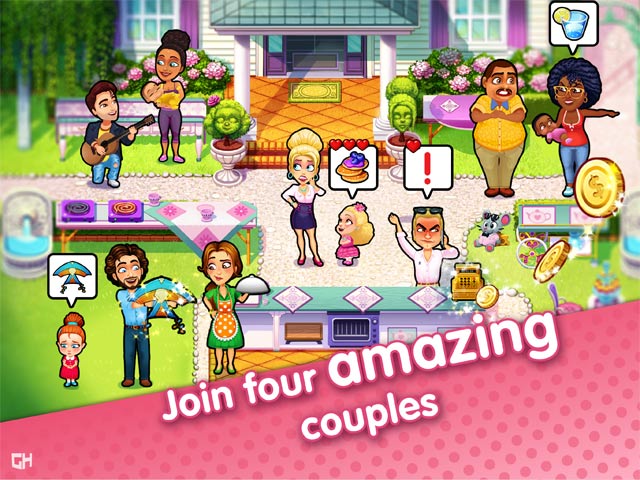 Re: Delicious 16: Moms vs Dads

Options include separate sliders for Music and Sounds, Full-screen (NOT default), Show Game Hints and choice of difficulty. Unlike a couple of the previous titles, Normal difficulty felt just perfect -- Neither too hard nor too easy.

Despite the title of the game, this is not Moms against Dads; it's about family dynamics and parenting in general.  The ladies devise a Father of the Year competition to try to show their spouses that the child rearing duties aren't as equal as the guys seem to think they are.  Things get out of hand when the press gets involved, but as usual for the Delicious series, Moms vs Dads leaves you with a smile on your face when all is said and done. 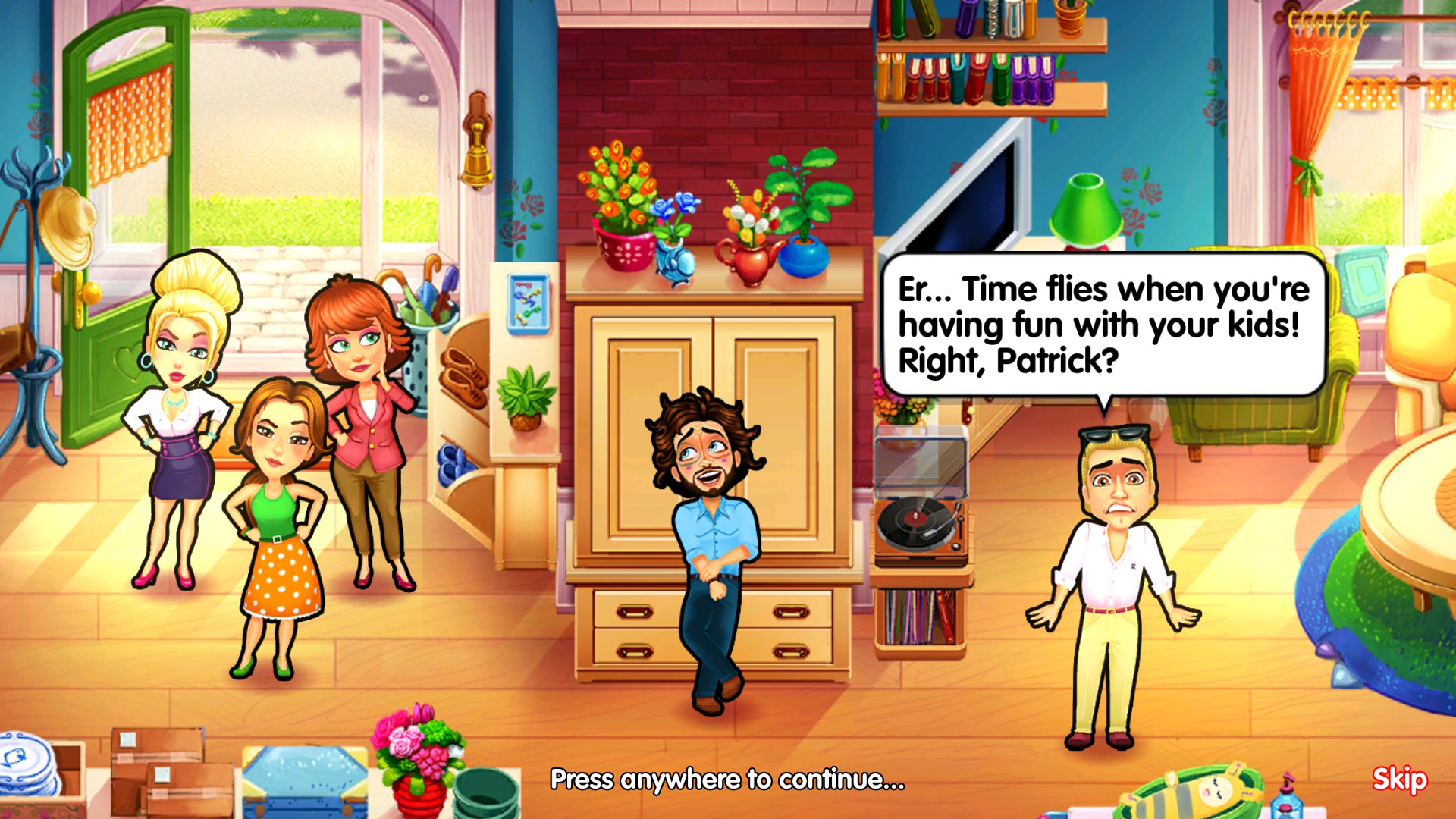 One of my favorite parts of the story revolves around a couple of characters we met in the last game, so I really recommend at least playing Miracle of Life before starting this title.

Fill customer orders, complete actions, find Carl the Mouse and make as many points as possible so that you can afford to upgrade your locations.  Replaying a level will earn you extra coins so that you can upgrade more quickly, but the only way to earn extra diamonds -- used to decorate the O'Malley's back yard -- is by playing the Daily Challenges.  You can get up to six extra diamonds from the dailies, but only once a day, forcing you to play every day if you want to unlock all of the decorations.

There are no pop-up Mini-games, but there can be mini-actions that need to be made.  Things such as rubbing, clicking, holding the mouse button down, sliding the cursor, etc, and sometimes you'll have to do multiples of these before you are finished with the action.

Something brand new to the series is having six customers at the same table(!) 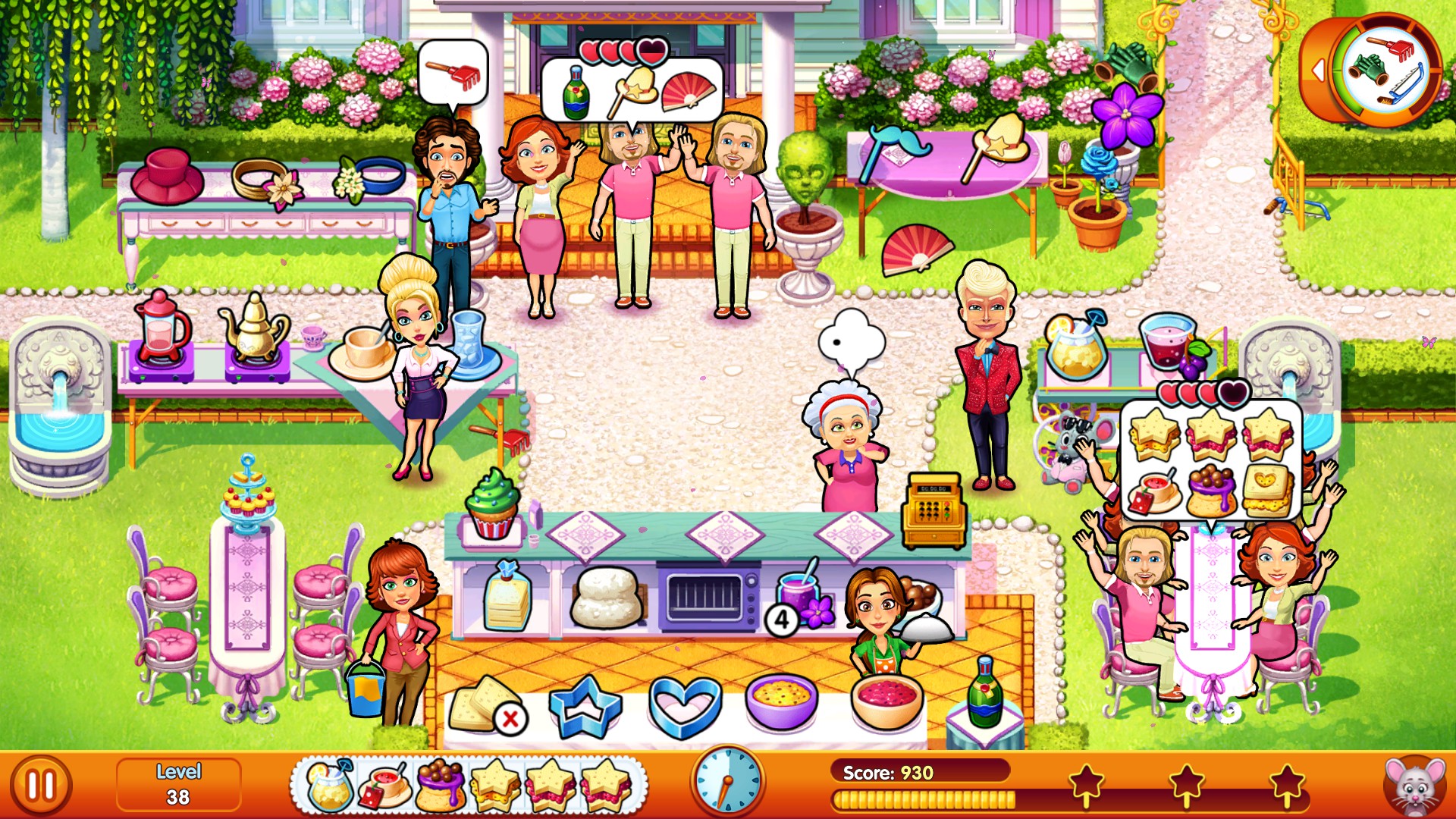 As usual with the Delicious games, there is an end-of-level bonus for having clean tables... but there's also a hefty bonus for having everything fully-stocked, so keep that in mind if you have any troubles getting enough points.

A couple of minor aggravations:  First, the area you need to click is sometimes too small, so -- for instance -- I would think that I'd completed an action, but messed up because I hadn't clicked in the right place.  Second is related to the achievements.  Once again you have to purchase every single upgrade variety to receive one of the 'cheevos, but you can't buy extra diamonds, so you're stuck with playing the dailies until you have enough diamonds (and being forced to take a picture with each upgrade).  On the plus side, the 15-day daily challenge does NOT have to be consecutive this time.

Visuals are great, per usual, but it's the songs that really stand out.  There are two songs sung by a secondary character, and I absolutely love them.  They're sweet and catchy, I just love his voice and I was was pleasantly surprised to hear them. 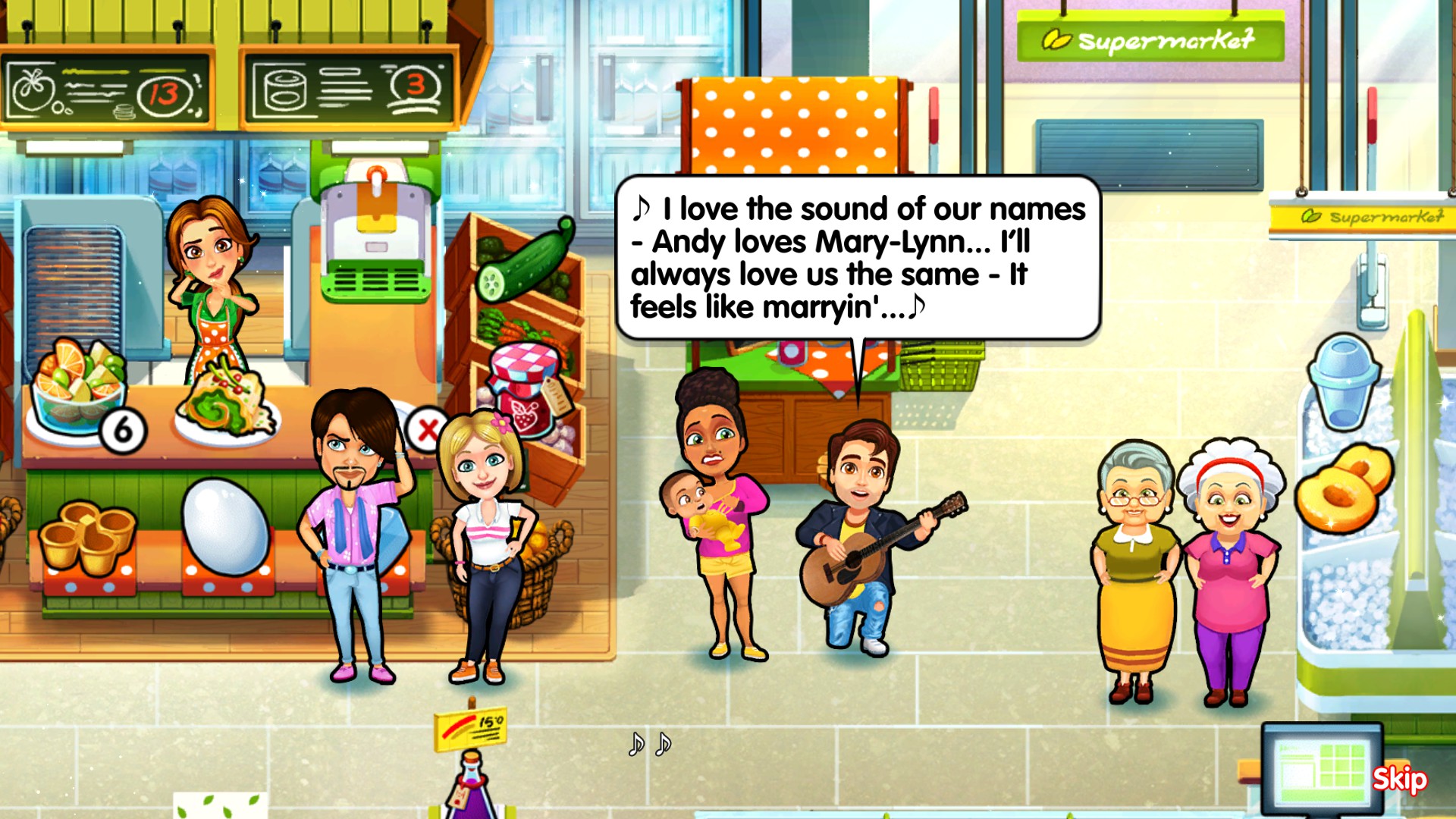 I've owned this game (elsewhere) since it was first released, but put off playing it because I was a bit offended by the idea of pitting the sexes against each other.  I was really relieved to find that I was wrong about the storyline!  In the end this is another feel-good story from GameHouse, and one that could be really useful for parents-to-be, new parents and even grandparents.

Despite being forced to play the dailies (for at least two weeks) to earn the final achievements, I enjoyed this one very much, and recommend it to TM-Dash fans!
_________________
Never be a prisoner of your past.
It was just a lesson, not a life sentence.