Old Man’s Journey, a soul-searching puzzle adventure, tells a story of life, loss, reconciliation, and hope. Entrenched in a beautifully sunkissed and handcrafted world, embark on a heartfelt journey interwoven with lighthearted and pressure-free puzzle solving.

A visual narrative about life’s precious moments, broken dreams, and changed plans, uncover stories of the old man’s life told through beautiful vignettes of his memories. Interacting with the serene and whimsical environment, solve playful puzzles by shaping the landscape, growing the hills to create the old man’s path forward.

During this compact gameplay experience, you’ll be transported to a vibrant and wishful world, exploring life’s complexities through the old man’s eyes. Meditatively delightful and reflective, Old Man’s Journey invites you to immerse yourself in quiet and inquisitive puzzles, and experience the old man’s heartache, regret, and hope. 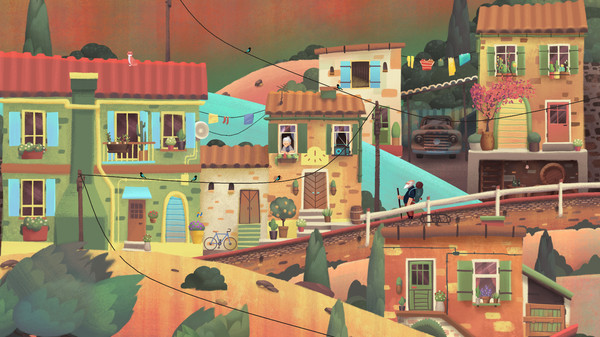 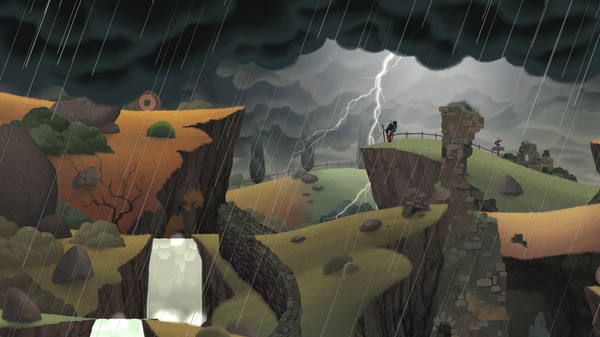 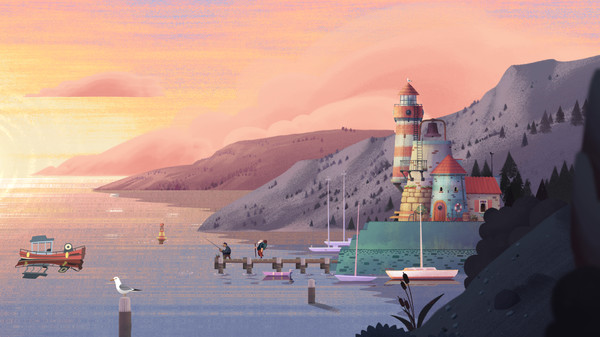 A wordless point-and-click (and sometimes drag) narrative with light puzzling.

Options include separate adjustment for Music and Sound, Resolution, Full-screen, V-Sync and Anti-aliasing.

We set out on a trip after receiving a troubling letter from the postman.  Along the way we revisit his memories... The joyous and exciting, his dreams, his failures and his heartaches, and ultimately, his future. The story is entirely visual, and progresses through a series of images that we see when the old man pauses in his journey to reflect on his life.

Help the old man to proceed on his journey by manipulating the environment.  The way this works is pretty straightforward:  Raise and lower terrain so that it intersects, enabling him to hop between them.  Ground that you are standing on cannot be moved, but you can see which hills can be adjusted by clicking and holding on any of them. 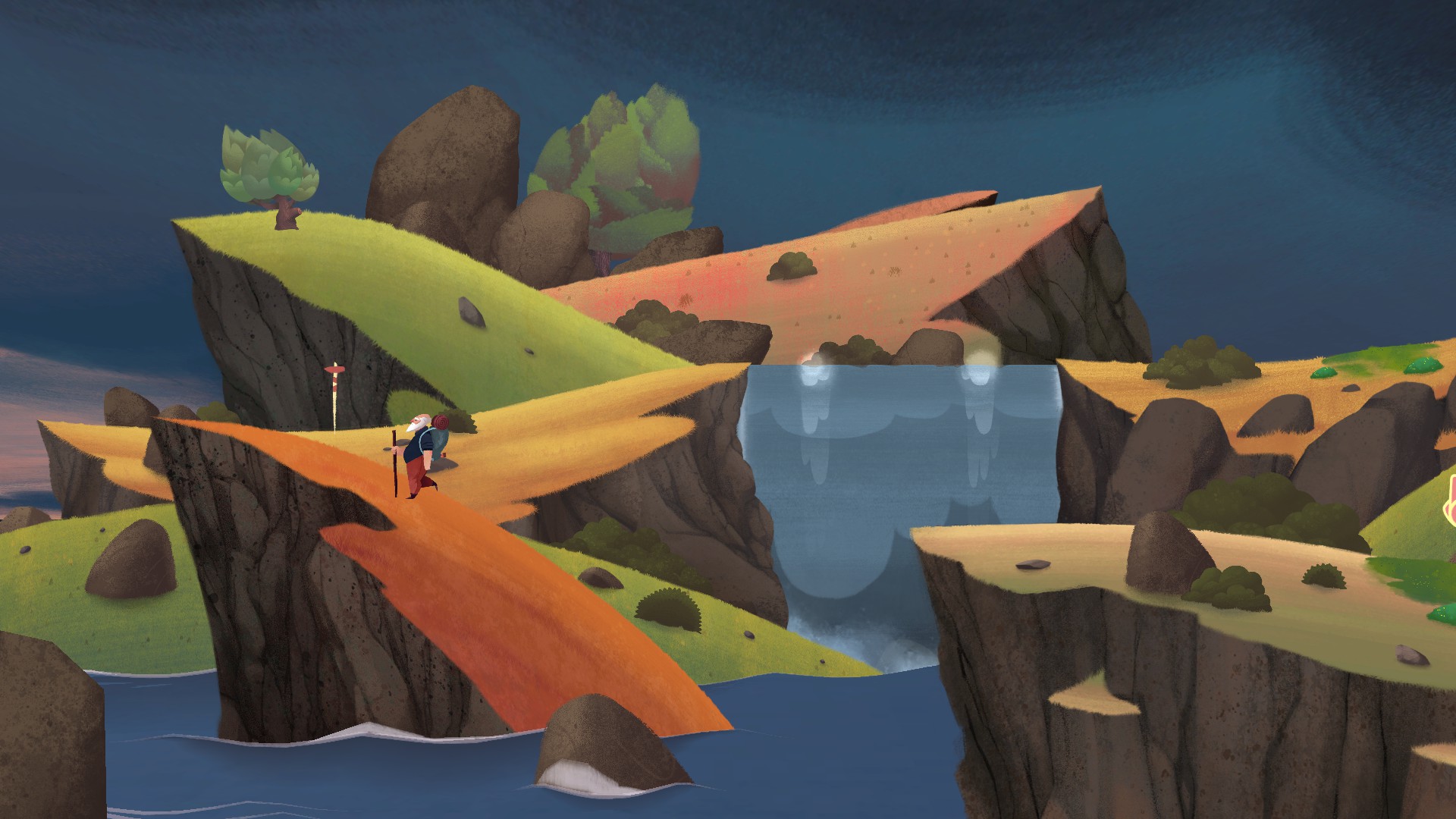 There is one place where you have to turn a crank using your mouse, but other than that, gameplay entirely consists of puzzling out how to get these intersections so that you can proceed.  There is a sequence where you have to react semi-quickly with aligning the way forward, but it won't keep you from progressing if you can't do it; it will just slow you down a bit.

You can replay any of the 15 chapters by visiting the main menu.

The music and sfx are nice, but the artwork is where this game really shines.  It's vivid and beautiful, even during the darkest storm. 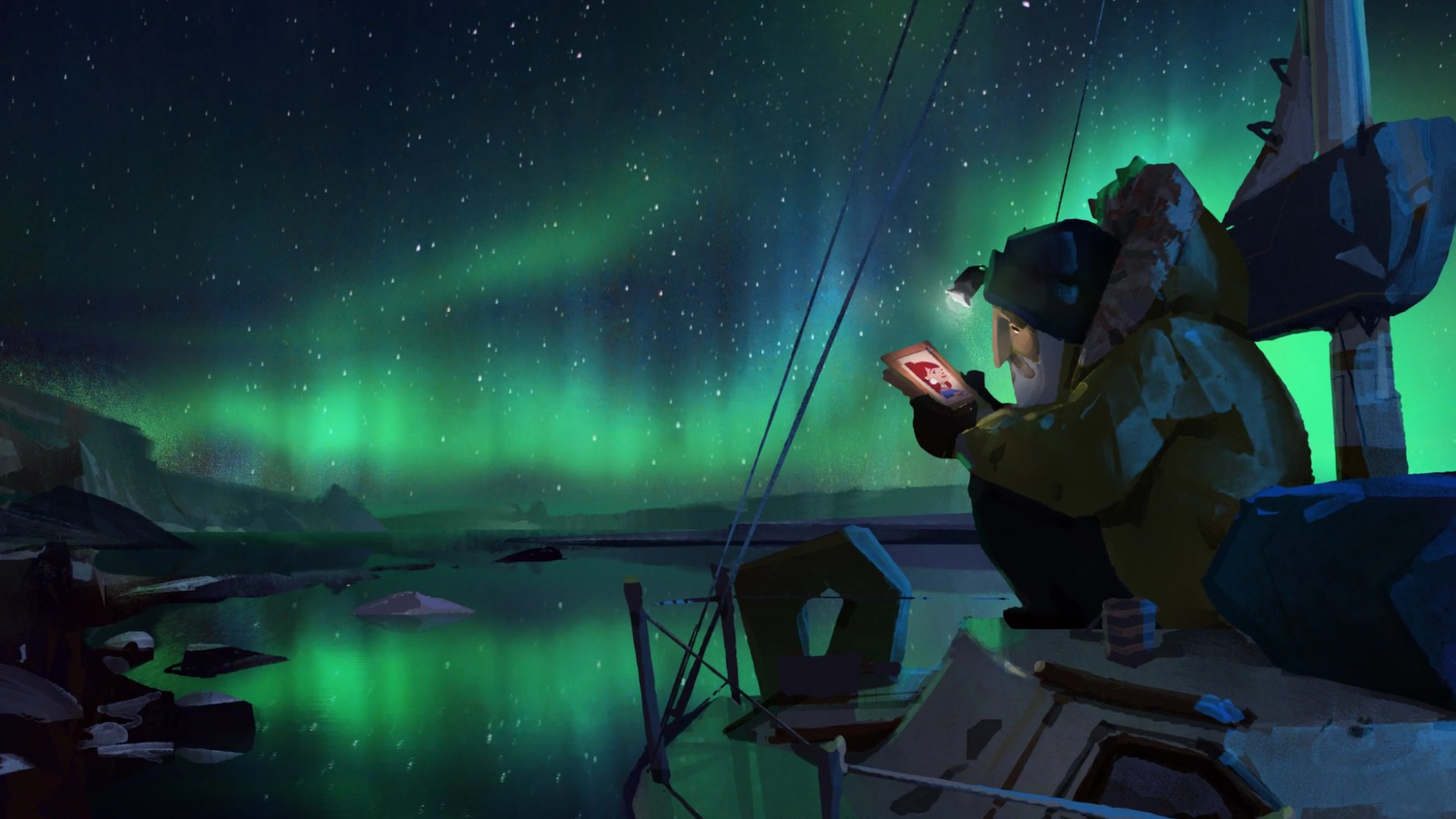 At the end of the day, this is a walking sim with some light puzzling.  It is also a beautiful journey through this man's memories, both literally and figuratively.  The scenery is absolutely a delight, and that alone makes the game worth playing.  Recommended!
_________________
Never be a prisoner of your past.
It was just a lesson, not a life sentence.

» Sphera: The Inner Journey
» Leaves: The Journey
» The Journey Down: Chapter 1
» Journey of a Roach
» The Longest Journey