A survivor is born.

Help Lara Croft survive against incredible odds in Tomb Raider for PC download. Explore a vast, intricate and savage world, solve puzzles and defeat your enemies. Uncover Lara’s gritty and intense origin story as she is shipwrecked on a remote island full of wild animals and dangerous scavengers. Armed only with raw instincts and the ability to push beyond the limits of human endurance, she must fight to unravel the dark history of the forgotten island and escape its relentless hold. Experience Lara Croft's intense origin story from a young woman to a hardened survivor. Only then will she be able to survive, save her friends and become a legend. 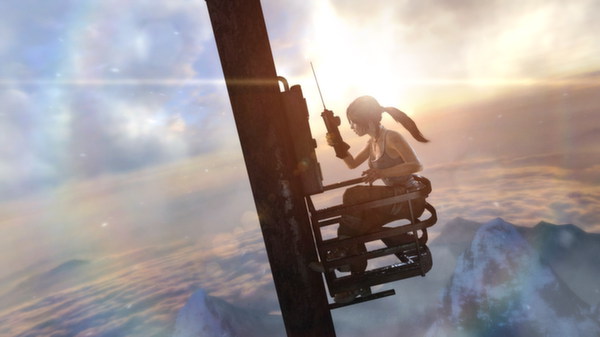 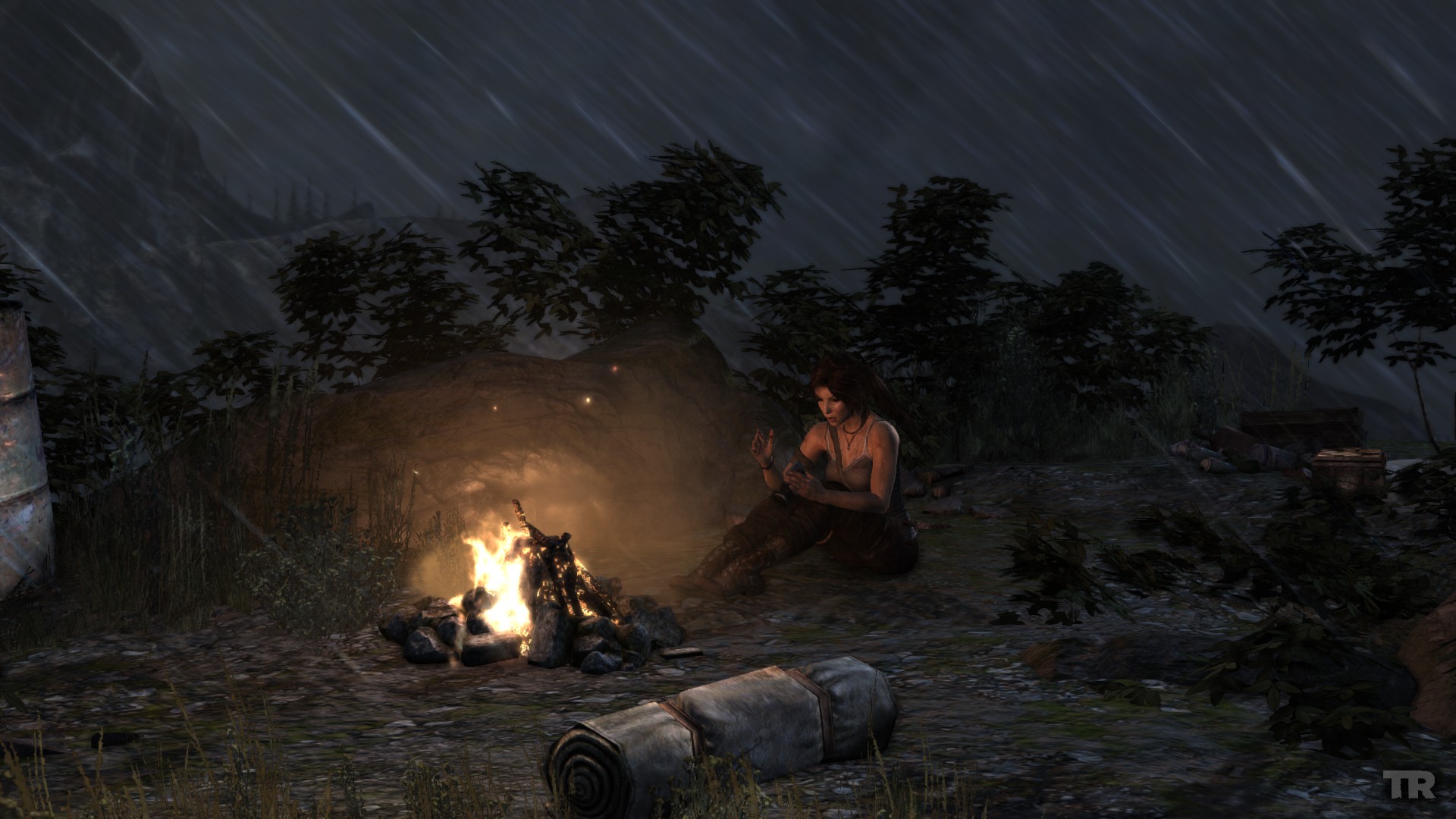 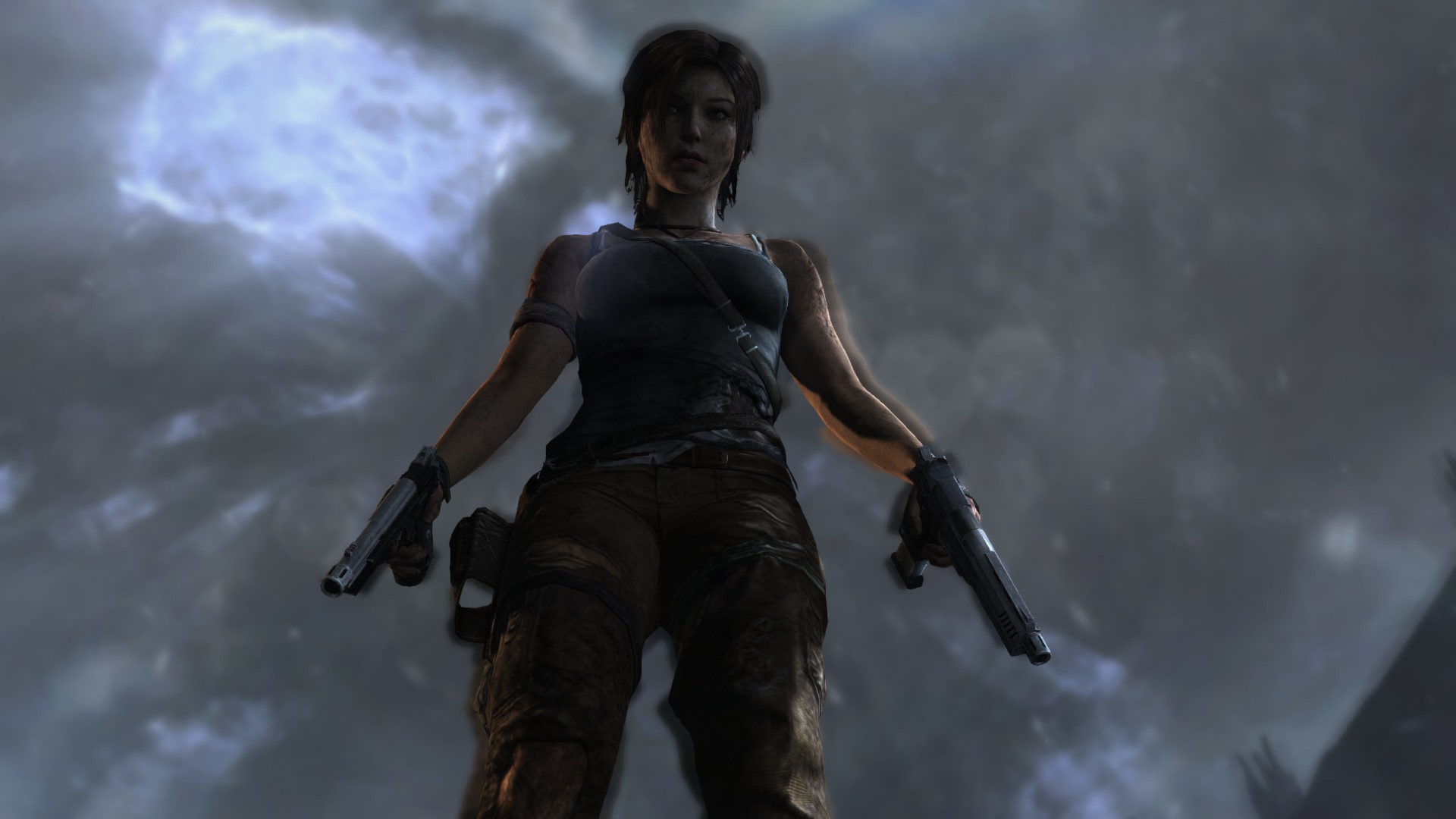 Marianne, ChristerDoo, and I are all playing this one right now.  NOT the kind of game that I thought I would enjoy, but I am loving it!  The graphics are phenomenal, the story is intriguing, and although the shooting sequences can be longer than I like, there are all kinds of things to do in the game BESIDES Rambo-esque shooting and survival.  There have been a couple of times now that I've had trouble passing a scene because of coordination issues, but with Marianne's tips, I was able to progress -- Woohoo!

All three of the shots in the first post are screens I took during gameplay.  I tried to get a wide variety of in-game play in there for you to see -- You can see plenty of the action screens on the purchase pages

I'm loving the little extras they've added, like collectibles, mini-quests, and secret tombs to explore.  Having a ton of fun with this!
_________________
Never be a prisoner of your past.
It was just a lesson, not a life sentence.

I bought the Tomb Raider 3 game Anniversary for my PS3--and have never been able to
finish it.   I was really enjoying it.  Got to Japan and the game will not let me target the
spots I need to shoot at to drop the screen.
Tried from every angle.    Very disappointing.

Steam's got Square Enix stuff on sale this weekend, and I HIGHLY recommend that you get the following for Tomb Raider, all for single player mode:

Agility Skill (fall further without damage)
Animal Instinct (easier to track animals, which are great for experience)
Headshot Reticule (extra experience for headshots)
Tomb of the Lost Adventurer (short, but comes early in the game and gives you a nice exp. bonus. It's also my favorite of the tombs!)

Pistol Burst
Pistol Silencer
(I prefer the trusty bow and arrow, so didn't use these much)

If you like the idea of multi-player, then I recommend getting the GOTY Edition , then just adding on the above (except the tomb, which is included.)

Options are many and include: Subtitles (NOT the default), separate sliders for various sounds & music, button hints (ie. hit 'B' to scramble), sensitivity, resolution up to 1920x1080, brightness, video quality, etc.  Mouse & keyboard buttons can be re-mapped.   Originally I only had the keyboard and mouse, but this time I'm playing with my X-box 360 controller.  While most of the gameplay is much easier, I have trouble with precision-aiming using the controller.  This has meant a change in my gaming style, as I simply can't pull off the insta-kill headshots I generally go for with bow and arrow.  Helloooo assault rifle!

Until Tomb Raider 2013, I had never played an action-adventure.  This is the game that started it all for me; my gateway drug, as it were.  When I first discovered Tomb Raider, I was so enthralled by the game that I played it three times back-to-back, and only stopped because my backlog was crying.  Almost two years later, this is my fourth play-through, and I'm finally writing a review (although anyone who knows me knows how much I love this game.)

I need to preface this review by saying that I've yet to play any of the other TR games, so I do not have the prejudice of having played Lara prior to this.  There is, apparently, less puzzle-solving and more combat, but there is much more to this game than killing.  I chose the Normal mode of play, but I also played with several DLC's that make the game a bit easier, so keep that in mind.

The first thing I noticed were the gorgeous graphics.  There are tiny details everywhere, from incidental carvings that you'll only see for a moment, to the way Lara shivers in the cold, or the way her arms shake with exertion when she lifts something heavy.  The cutscenes are beautifully-directed, and add much to the story.  I can tell you that I spent a lot of time just taking screens and exploring the lush environments.  The voices, music, and sound effects are superb, and every aspect of this game -- from the tiniest rock to magnificent explosion -- weaves together to form a stunning and vibrant tapestry. I'm sure it won't surprise you to hear that I've taken over 265 screens.  EVERYTHING is beautiful, even the ugly things.

Gameplay is multi-faceted, and you can tailor it to your preferred style.  Want to face your enemies head-on, Rambo-style?  You can do that!  Prefer to explore and learn everything about this island and its inhabitants?  You can do that, too!  My personal preference is option #2 with a healthy dose of I-Am-The-Night stealth and silently removing enemies before they know I'm there.

'Animal Instinct' is your friend, as it will not only show you which direction you should be going if you get lost, but it will also show you things such as collectibles, enemies, ammo, and animals.  It does so by making the world around you black and white, and making interactibles glow yellow or red.  The beauty of the Animal Instinct function is that the game is definitely easier when enemies are lit up like a beacon, and harder when you don't use it, so using it or not will affect the level of difficulty.  Believe me, though, it's well-nigh impossible to get 100% on this game without using Animal Instinct to see what you can interact with!

Collectibles are many, ranging from relics, treasure maps, and journals to area-specific quests blowing up old sea mines.  I am a completionist, and one who loves finding every last scrap of story and information in a game, but there is an incentive to find everything possible, even for the Rambo-types... Experience and Salvage.

Experience nets you Skill Points, which are used to upgrade Skills: Survivor, Hunter, and Brawler.  I won't bore you with the list of possible upgrades, but here's an example of each: Increased Exp when looting, Increased ammo capacity, Dodge skills

Salvage allows you upgrade your various weapons: Bow, Pistol, Rifle, and Shotgun.  You'll even find weapon parts if you look hard enough, which increases the power of your weapons even more!

The treasure maps will show all of the items that will get you to 100% completion on the game, but do NOT show quest items, ammo, orange plants, or salvage, all of which will also add to your Exp & Salvage totals.  Another great way to earn both is by hunting and looting, especially if you go for those headshots I mentioned earlier.  (Bonus experience; ka-CHING!)

Want those treasure maps?  The secret tombs are where you'll find them.  These tombs are pretty hard to miss, since you'll hear a chime play whenever you get close to them.  Raiding a tomb consists of puzzling out how to get to the payoff (large chest, ho!), and generally take about 10 minutes each to complete.  They're a great addition to the game, and the experience bonus is a GREAT incentive to go exploring!

Throughout your travels you'll find campfires, which serve as extra saves points (the game auto-saves), and will also allow you to apply the skill points you've earned and spend your salvage on upgrades.  They also serve as "fast travel" points, and will allow you to transport to different areas of the map instantly.  Be aware that fast travel is not always available, depending on where you are in the story.

There are intermittent Quicktime Events that will require you to... well, to survive.

If you're dexterity-challenged such as myself, I recommend sticking with it -- Tomb Raider is absolutely worth the many times you'll end up dying.

There are 50 achievements available, 15 of which are for multi-player
Extras include Concept Art (too many to count!) and 18 Character Models

In closing, to me Tomb Raider 2013 is well-nigh the perfect game, blending all of my favorite elements with a hefty dose of knuckle-whitening action, and leaving me with nothing but a feeling of total satisfaction.  Even a long period of seemingly never-ending battles was well-balanced with the rest of the game, since it was so important to the storyline at that moment.  I cannot stress enough how good this game is, so what are you waiting for?  PLAY IT NOW!!