You are not connected. Please login or register
+2
RenaissanceMom
genkicoll
6 posters

Big Fish Games – one of Seattle’s leading game companies and larger tech employers – is undergoing a major restructuring, laying off 49 people at its headquarters and closing its European headquarters in Ireland that employs 89.


The company’s also replacing its president and closing a studio in Vancouver, B.C., according to a letter that founder Paul Thelen (pictured) sent to employees this morning. 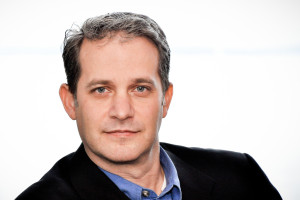 Big Fish is one of the largest casual game companies in the world, employing 524 people in Seattle and 670 globally and generating annual sales of around $200 million.  But facing intense competition from mobile and social games it’s had to evolve far beyond the packaged and downloadable games that it began publishing in 2002. Over the last two years it has shuffled its leadership, restoring Thelen as chief executive , and invested heavily in online services, mobile titles and casino games.

Thelen said the company is restructuring to sharpen its focus on the most promising opportunities and dropping efforts that haven’t panned out. Notably the company is ending a cloud subscription gaming business that launched last year with high expectations.


“We had to make some very hard choices about these business areas that are not growing or profitable,” Thelen wrote. “I want to stress that our decisions are not based on our company-wide performance or that of the people working on those initiatives – both of which are strong – but because of where the market is growing, and quite frankly, where it is not.”

Despite the adjustments, Thelen still expects the company will have its 11th year of record sales with double-digit sales growth. Especially strong now are its “free to play” games, which are initially free but encourage players to pay for upgrades. Thelen said that business “is in hypergrowth right now.”

This is a very long article.  To see the rest, go here:
http://blogs.seattletimes.com/brierdudley/2013/08/21/big-fish-games-cutting-jobs-closing-offices/

Yeah, just read this. Obviously BFG is becoming a different company with a different direction.

I realize that gee-whiz technology is everything for a company like theirs, but on a personal note I wish they'd drop some of the bells and whistles and focus on developing a @#%& GOOD STORY when it comes to their next MCF game, assuming there's even going to be one.
genkicoll

This is sad news.  I understand from a business perspective,  but I feel bad for those who are losing their jobs.      I always got a kick from getting help from Cork,  Ireland.


By the way, can anyone give step by step instructions on how to transfer or download or
whatever  you call it, our games to an external drive.

luvtoread wrote:I do mean "explain it to me like I am a kindergartner"       :Huh:

Haha, a technophobe after my own heart. You and me both, luv!
genkicoll

Sinn Féin has called on the Government to act immediately to safeguard jobs at Big Fish Games in Mahon, Cork.

Cllr Chris O’Leary was responding to the news that the companies European HQ is to be closed, putting 89 jobs at the Mahon facility in jeopardy.

“I am very concerned at the announcement today that the Big Fish games facility in Mahon may face closure, it would be a terrible blow to the local economy.

"In particular this is a very worrying and difficult time for all of the Employees at Big Fish in Cork, and my thoughts are with them at this time.

"It is essential now that the Government takes whatever actions it can to protect and preserve these jobs. Little over a year ago, the IDA and the Minister were happy to take credit for the news that Big Fish was to expand, and to create new jobs. Investment in this sector was spoken of as part of the government’s plan to address the unemployment crisis.

"They must now take responsibility. The jobs promised by the IDA and Minister should be realised, and they need to act to safeguard the promised jobs and to develop other projects for the area if it is to close. It is very concerning to see jobs being potentially lost, rather than created, and it raised questions as to the Governments jobs strategy.”

Cllr O’Leary added that as an IDA backed company, it was likely to have received some degree of state support.

“I think it is important that we are made aware of what level of state support, and investment the company received in recent years, and what guarantees the Government received regarding that investment, particularly if it comes to pass that the facility is to close. However, the focus for now should be on doing all we can to protect these jobs and the livelihood of these workers."
_________________
Never be a prisoner of your past.
It was just a lesson, not a life sentence.

Yet another article, this time from Gamezebo:
http://www.gamezebo.com/news/2013/08/22/big-changes-big-fish-games-mirror-industry-trend

A couple of excerpts:

A fairly notable developer of premium hidden object games (who has asked to remain anonymous) has told us that their most recent hidden object adventure will be their last. For their next release, they’ll be working on a free-to-play mobile game in a completely different genre. “The reason we're changing direction is dictated by market change,” we were told.

Still, it’s not as though Big Fish has abandoned the premium casual market completely. Thelen even reaffirms their commitment to premium games in his memo. But at the same time, it’s not hard to see where the winds are blowing. It would be silly to say that the day is on the horizon where Big Fish gets out of the premium games business for good – but for the first time that I’m aware of, it would be just as silly to say that it’s not an eventual possibility.

I want to know who this "fairly notable developer" is!

Well, well, well. Who do you think that dev might be?
djrum

Oh well, I guess us "casual gamers" have had a good run. I've been checking different dev's sites on facebook and I've noticed a change.
I think Vogat has jumped on the mobile bandwagon. They haven't released a PC game in ages, but their site is full of app games.

I'd say it's about time for me to use up my PCCs and call it a day,

This reminds me of the old days when we adventure gamers were told that the genre was more or less dead. And it was for a while

but there were still some good new releases then and now.

It's true the market has been pretty saturated with casual games and many just aren't very good. Their heyday may be slowing down but I'm sure some devs will continue; hopefully Alawar and others.

I'm such a fogey that the only mobile game app I have is a free version of Sudoku.

I'm such a fogey that the only mobile game app I have is a free version of Sudoku.

Sable I only just upgrade from my trusty old flip-phone a couple months ago! And my supposedly "smart" phone has given me problems ever since. :(
vervaine

RenaissanceMom wrote:Well, well, well. Who do you think that dev might be?

I hope it's not Blue Tea. They have only one game on upcoming and seem to have slowed down in releasing stuff. Other big developers (ERS, EG) have tons of games on upcoming. Even Artifex Mundi is working on like three titles.

I can see casual gaming taking a bad hit from mobile gaming. I'm not that sure mobile games are that profitable though. There's a lot of competition and mobile users (at least Android, not iOS) aren't used to paying bigger money for their entertainment. For every paid game, there's a nice chance that a free equivalent exists. Microtransactions and free to play may be more profitable, but really how many people will invest into more than several f2p games? Money isn't infinite. I actually think this is the reason why developers struggle. There are too many good (or just worthwhile) games and customers don't have infinite budgets and time for them all.

Funnily enough, I don't know anyone who paid more than $10 total on mobile games in their lifetime. I myself spent $3... I'd rather pay for good utility apps than games.
Sponsored content