Royal Detective 1: The Lord of Statues

Royal Detective 1: The Lord of Statues

Royal Detective: The Lord of Statues
by Elephant Games - June, 2012 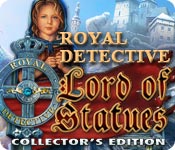 You have been summoned to save the alpine village of Martlet in Royal Detective: Lord of Statues. Martlet has been taken over by statues! What made these statues come alive, and how can you stop them from destroying Martlet? The answer lays in the story of Princess, a young girl who was left on the statue maker’s doorstep at birth. Find out who enchanted the statues and why in this charming game set in a small European town.

I just finished this and am ready to start the Bonus game. I enjoyed this very much. As a CE, it does have the usual SG but the Hint will also work and there is a map that includes a Gold button where there is something to do. Click on the Button and you will immediately be taken to that location so there is no need to remember how you get to some place, just use the Map, the Hint or the SG. There are giant animated statues in this town. Some of them are helpful and others are dangerous. Solve the mystery of how these statues came to life and help a little orphan girl with a secret which will be revealed as you near the end of the game. You will have some smaller statues that will do things for you. I was sometimes unsure what they could do but used a Hint when I got stuck. There is also a side quest to find several of a particular item (I did not find them all).

The graphics are beautiful and the minis are sometimes unique but not too difficult. I enjoyed it very much.
JustTheFacts

Last count, 262 people had posted their reviews for this game on Big Fish. So there really can’t be anything left to tell you that you haven’t heard before.

Here are the high points for me about one of my top ten favourites of all time:

*Exciting and breathtaking videos, full of spectacle, sound and activity.

*Choose your own ending!

My only complaints are with a draggy cursor (okay with system one but not as much fun), and an inventory panel that is not lockable.


BONUS CHAPTER
The main game ends satisfactorily. The bonus chapter carries on easily with either ending, and is not at all needed for either. This bonus was disappointing. After such a brilliant game, the chapter has only 1 old location and 4 new ones, 4 new HOPs and 4 new puzzles. It took me only 30 mins to complete, and even allowing that I skipped 2 puzzles, I only did so way after the skip became available. The story was a total nothing.  Achievements did not continue through this chapter.

GALLERY ITEMS
I love Elephant’s wallpapers because they are actually designed, not just glorified screen shots. You get the necessary room on either side to have a couple of icons! The concept art is nice too, and you can save it. As well, there are replayable videos and music.

ACHIEVEMENTS & COLLECTIBLES
There are 10 achievements, 5 story related, 5 accomplishments (some of these have levels). There are also collectibles, with their own ‘show case’. These are the 26 miniatures of various characters in this game and from other Elephant games. Excellent fun, each different. (And if you find you’re unable to close a close up, look for one there.)

FAMOUS LAST WORDS
Brilliant game, the other bonus content makes up for the offending bonus chapter, I’m thrilled to own this game.

Options include separate sliders for Music, Environment, SFX and Voices; slider for Brightness; Full-screen or Wide-screen; Custom Cursor and three Difficulties, which can be changed at any time.

The statues in Martlet have come to life, and are waging a war against each other whilst the townspeople cower in fear.  To top that off, local craftsmen have been disappearing and the Crown wants answers!  Cue your dispatch -- the Royal Detective -- to solve this mystery and save the town. 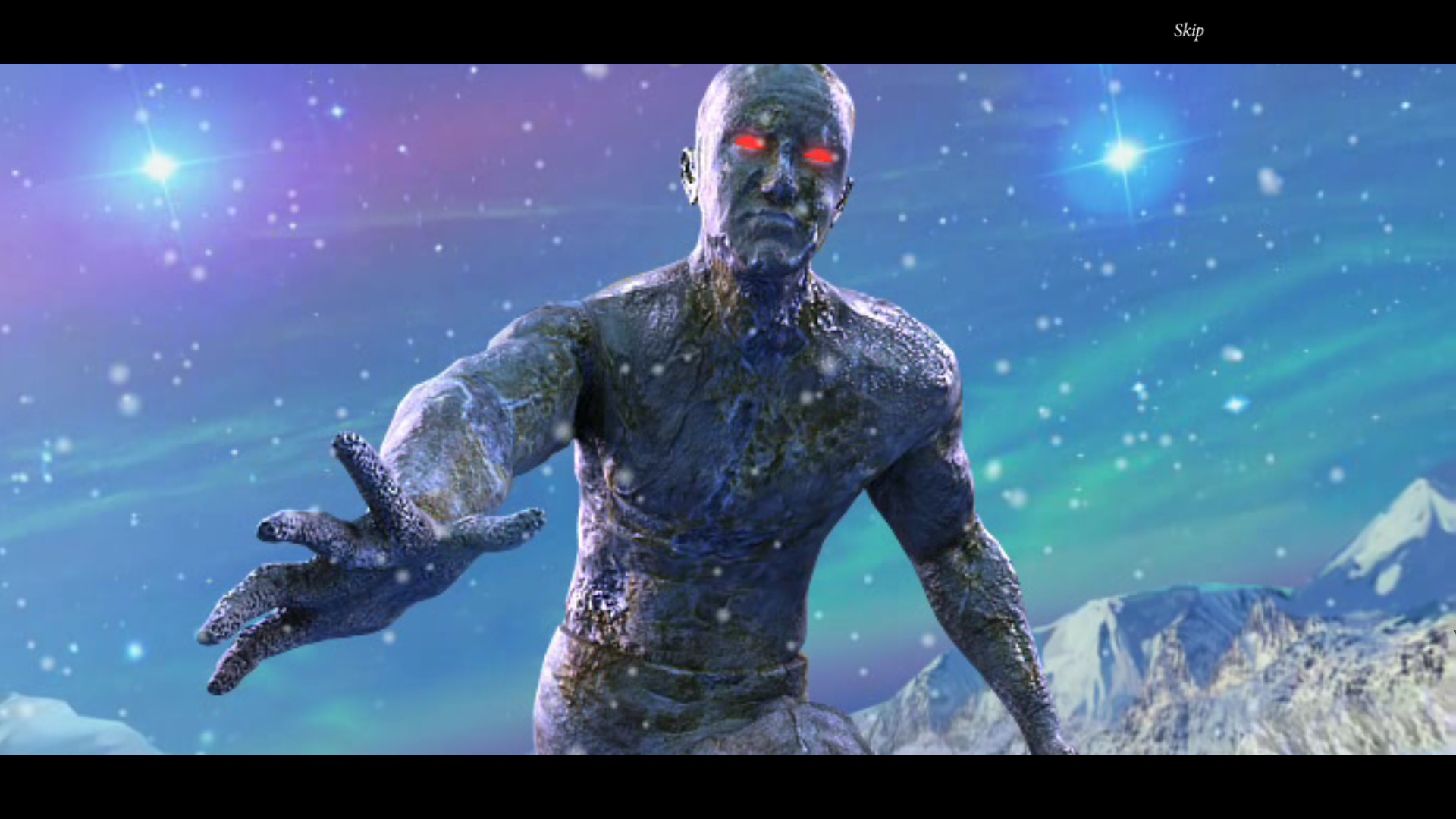 Our narrator speaks very slowly, but he has a bit of a Morgan Freeman vibe to his voice, which makes it less irritating.  You CAN click through the dialogue to speed things up if you like.

There is NO Journal, but only one instance where you'll have to remember a sequence that you saw in another room in order to solve a puzzle.  Luckily, the solution was only a room or two away.

There is a nice balance of adventuring and Hidden Object Scenes, which are very lightly-interactive lists.

During the adventure portion of the game there is a LOT of backtracking.  Thank goodness for the insta-transport MAP, which can show active areas (depending upon which difficulty you are currently using).  HINTS will have your narrator tell you exactly where you need to go and what you need to do there (even if it's a location you haven't been to yet). 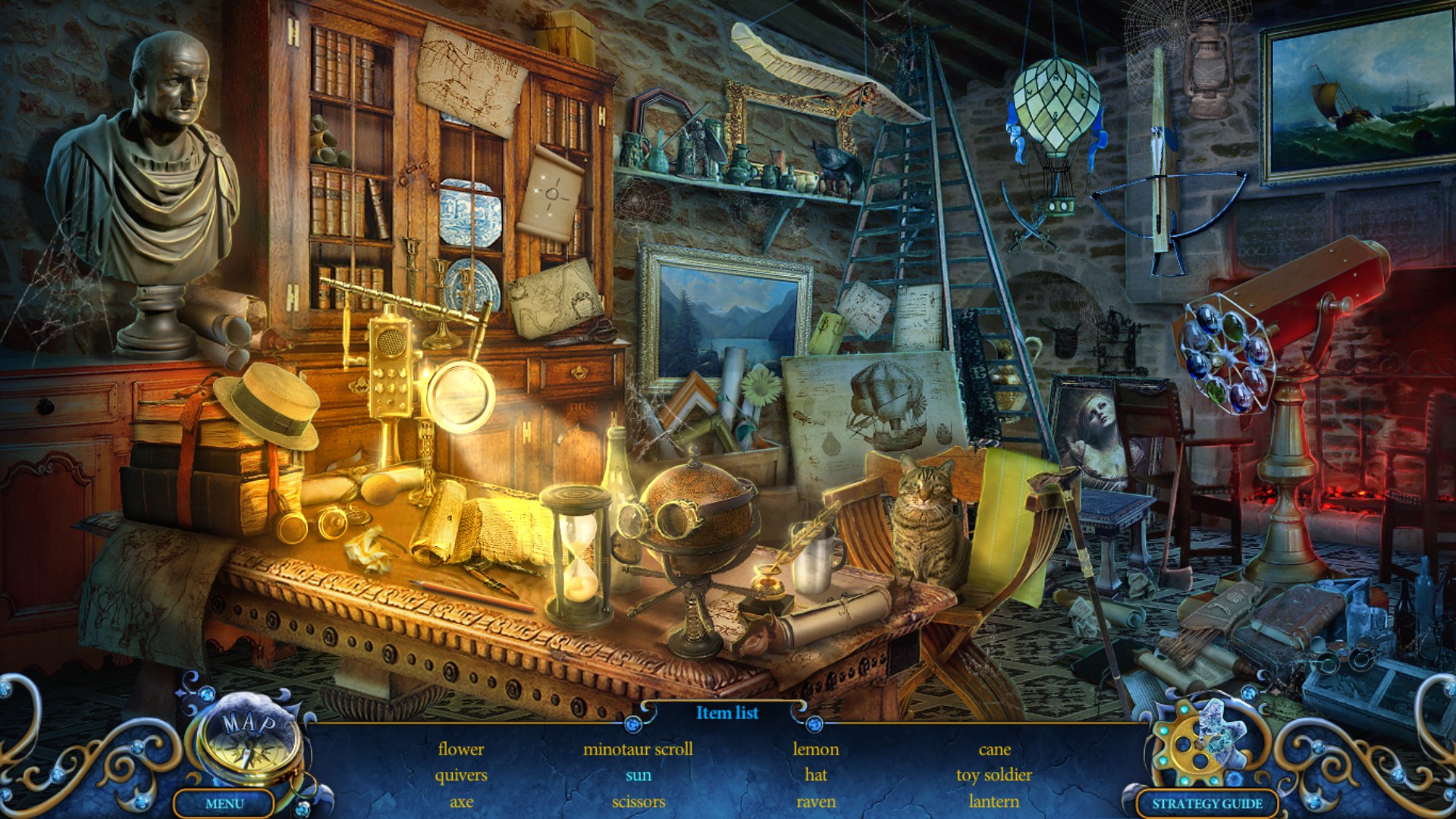 As mentioned above, there are statues at odds with one another.  Some of them are on your side, and are amazingly-helpful!  I became very attached to one of them in particular. haha!

The Mini-games nicely-varied, and not just the same-old, same-old we long-time HOG players are used to.  Some of them are quite complex, although they can be SKIPPED.

NOTE: There is ONE mini-game that is timing-based.  You can pass it by memorizing the order in which you need to do the sequence, but you'll fail if you don't make that move in time, requiring you to start over >_<

The graphics aren't as stunning as some of the more recent titles, but I was really impressed by the amount of work they put into their animations.  They showed a lot more than they technically needed to, which is something I really noticed and appreciated. 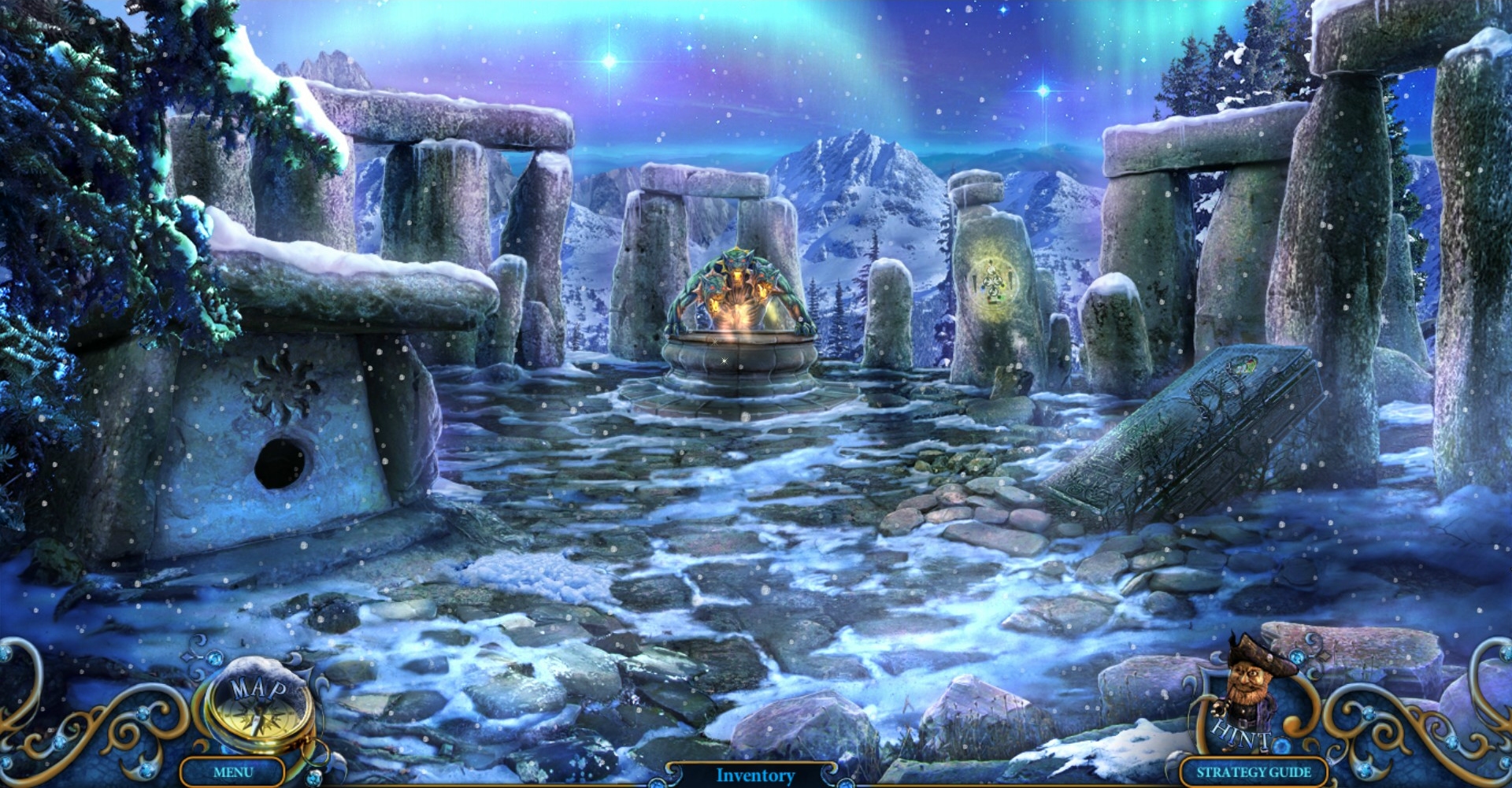 The extra chapter gives us a little wrap-up, and has two of my favorite scenes from the game.  It was, however, very short.  It felt like it was about 30 minutes, and it was heavier on the hidden object scenes than the main game.

There are TWO different endings, depending upon the last decision you make in the game.  They do not affect the bonus chapter, nor (I'm guessing) future games in the series.  I got the bad ending by accident, and looked up the good ending on YouTube so that I didn't have to replay the whole game. ;)

Although I didn't find the story to be all that compelling, I found myself enjoying the game a lot more as I progressed.  A very nice start to the series.