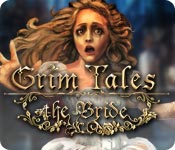 After your sister vanishes on her wedding day no one has any  idea what happened to her, so it’s up to you to find the truth! Some  believe she drowned, but her body was never found. Return to the  abandoned family mansion and search for clues in Grim Tales: The Bride.  Explore your sister’s memories to solve the mystery of her disappearance  in this exciting Hidden Object Puzzle Adventure game! 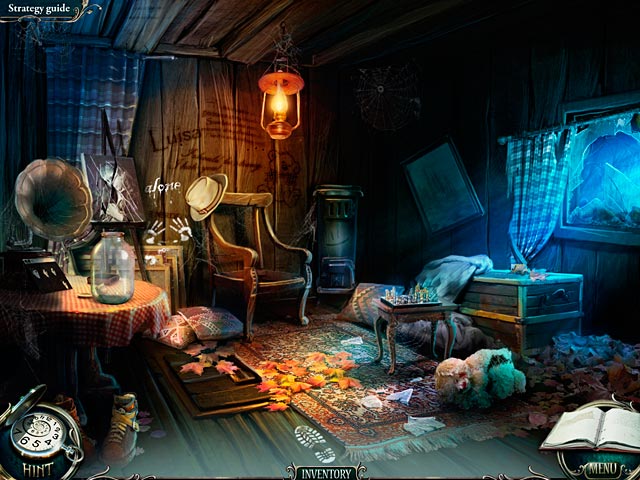 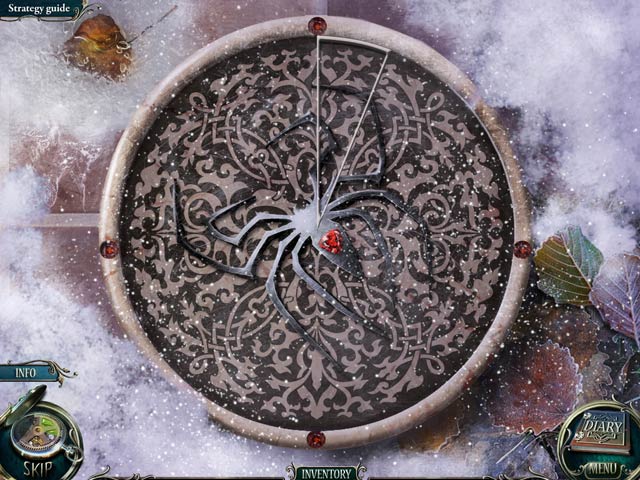 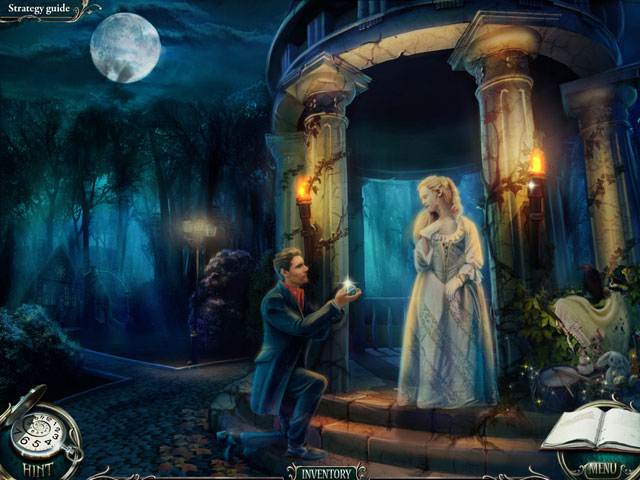 Would You Sacrifice Your Soul For Your Sister?

This series is one of my favourite, and I have as much fun playing these games for 4th and 5th time as I did the first.

In this game we are first introduced to our character, a concerned sister who is determined to find out what really happened to her sister. The sister, Luisa, was last seen being pushed off a bridge on her wedding day.

Arriving back at the family home, you are confronted by a demon who says he will make a bargain with you, he will allow you to enter your sister’s memories in order to find a chance of saving her, but if you don’t succeed, he gets your soul. Thus begins your journey through the recent past of  your sister.

In terms of STORY, this game is on shaky grounds. Exactly what you can do to save your sister is a mystery, what might have happened to her is equally unclear. But there’s enough there to be going on with, so it doesn’t affect your enjoyment of the gameplay.

GAMEPLAY consists of WORD LIST HOS primarily, interspersed with some interesting PUZZLES. Nothing is too difficult, although I did have to skip a couple. HINT tells you exactly what to do next, eg. “There’s a hammer by the right door in the bunker”. There is NO MAP, but this is not a game where one would be helpful. Each mini-adventure is confined to its own locations.

ARTWORK in this series is spectacular. The opening splash already had me committed to buying this one. The developers do marvellous VISUAL EFFECTS, and the GRAPHICS both in and out of HOS was clear, detailed, beautiful and colourful.

Great use was made of SOUND in this game. MUSIC was very pleasant and unobtrusive, allowing you to enjoy the ENVIRONMENTAL SOUNDS, until at an appropriately tense moment it blasts in. Certainly made me jump.

This is a really fun beginning to an ongoing saga with games following similar stories and game structure.

Not to be missed.

Options include separate sliders for Music and Sound, Full-screen (auto widescreen) and Custom Cursor.  Choice of Casual, Advanced, or Hardcore Mode, which can be changed at any time.

I had an odd glitch with the Steam overlay: It would not allow me to take screenshots unless I was in Windowed mode.  Clearly it's not a common issue, as I see many other screens for the game in the Community Hub, but I've mentioned it here in case someone else has the same problem.

Your sister - whom you haven't seen in years - vanished on her wedding day, and witnesses say that a dark figure pushed her off a bridge into the river, but no body was ever found. Upon returning to your old home, you are greeted by a demon who offers you a pact: If you discover the secrets that have been hidden in your sister's memories, you can possibly change her fate, but should you fail, your own soul is forfeit.

Our Journal starts on page two and contains extra story, which I love, but there are also some spoilers in there.  For instance, I would think that it's common knowledge that salt melts ice, but I also live in an area where we get ice and snow almost every winter. *shrugs*

There are six chapters in the main game, each dealing with a different memory.  The way it plays out is reminiscent of the Redemption Cemetery series' gameplay, but with a smoother transition between stories.

We have no MAP, nor fast-travel, and this could be a point of contention for some players.  Each chapter is limited to maybe 10 locations, but we might have to go from one end to the other and back just for one item.  Games where we find exactly what we need in the next room - every single time we need something - really irritate me, so a bit of backtracking doesn't bother me at all.  Still, it did seem like we did more to-ing and fro-ing this game than was strictly necessary.

Using HINTS during the adventure portion of the game will give you a text popup with exactly where you need to go/what you need to do.  ie. "There is a hammer on the ground next to the sign post at the crossroads."

Hidden Object Scenes are your standard to-find lists, junk-piley, and non-interactive.  Although it feels HO-heavy, there is a nice balance between adventuring, hidden objects and puzzles. HOS do NOT repeat. 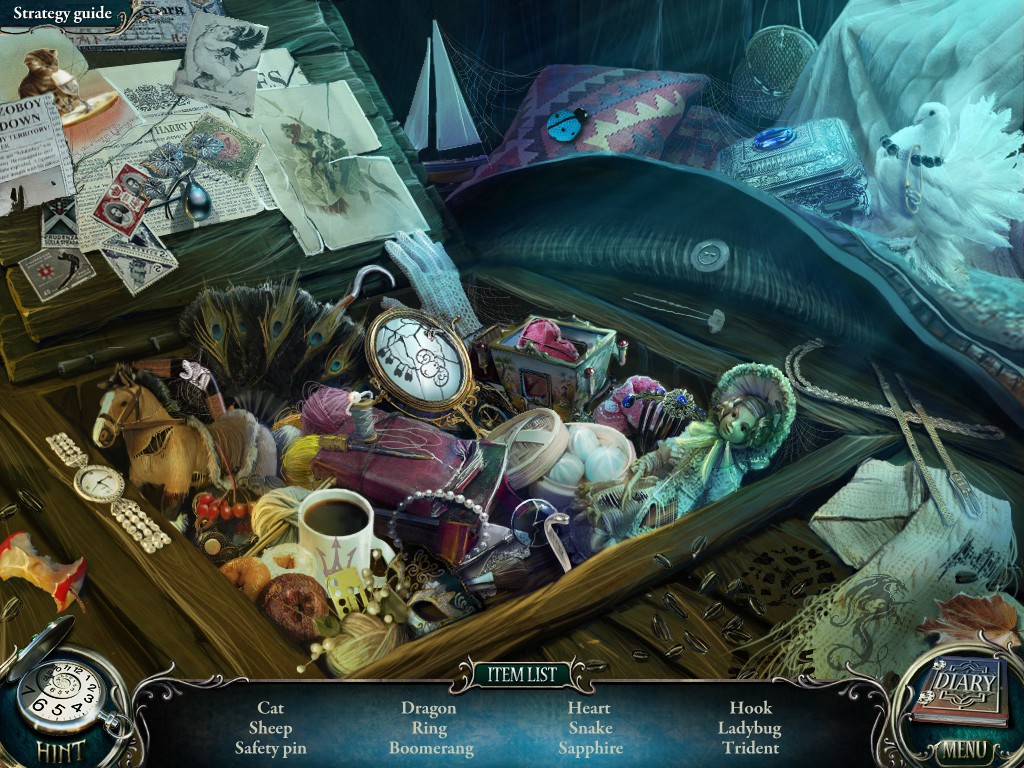 Most of the Mini-games were fun and solvable, although there were a couple that I didn't understand. There are some tried and true minis such as mosaic puzzles and sliders, but there were some interestingly-different types in there as well.  You'll find that there are a LOT of missing lock pieces in the game.  It seems like most of the adventuring we do centers on finding those pieces and doing the puzzles that result from placing them. lol~

Now any of you who follow my reviews knows how I feel about illogical gameplay.  This game had a few tasks that made me roll my eyes, but nothing that pushed me over the edge.  On the other hand, the devs gave us a little extra interaction that I really appreciated - they told us exactly why something we tried to do wouldn't work.  Things like "I shouldn't do that, the contents are fragile" go a long way with me!

The graphics are badly optimized for today's high resolutions, but I still enjoyed the environment they portrayed.  Some of the scenes are really beautiful, so I didn't mind a few poorly-blended colors on the edges.

There are no voiceovers, and I scarcely noticed the music.  To be fair I generally don't pay attention to the music unless it's jarringly out-of-place or stunningly-beautiful.  Me not noticing means that it suited the game well.

After the events of the main game, you decide to sell the family estate and make a fresh start.  A new family jumps at the great price, but get more than they bargained for when they move in.  The game really doesn't explain what you're doing there that night, but it's up to you to save their souls before it's too late!

This is a seemingly-HO-heavy title with an almost excessive amount of backtracking, but despite all of that, I enjoyed it very much.  I think that the story and puzzles are what drew me in, along with the environmental graphics.  Recommended for fans of the genre!
_________________
Never be a prisoner of your past.
It was just a lesson, not a life sentence.