Hotel Ever After: Ella's Wish
by GameHouse/Glowforth - July, 2019 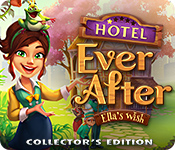 It's not a hotel... it's home. Ella grew up there. She played games in the garden as a little girl. And now it might be demolished!

Join Ella on a brand-new hotel time management game from GameHouse. Get caught up in this modern Cinderella story filled with suspense and deceit!

Remember all the important places in your life? Your favorite park, the tree you sat under as a child, reading your favorite book, the place you escaped to when your heart was first broken? What would you do if those places were about to be destroyed? That is what Ella faces. The worst part…? Her own stepmother is the one threatening to destroy it! Ella needs your help to save all that is dear to her!

In this story game, you’ll do more than just assist guests with their check-in. In the hotel, the people who work here are not merely employees, they’re family. Some have watched Ella grow up! You’ll need to take care of them and ensure their jobs are safe. Also, you'll need to help with every aspect of hotel life – cleaning rooms, helping out in the bar and keeping up with all the paperwork. 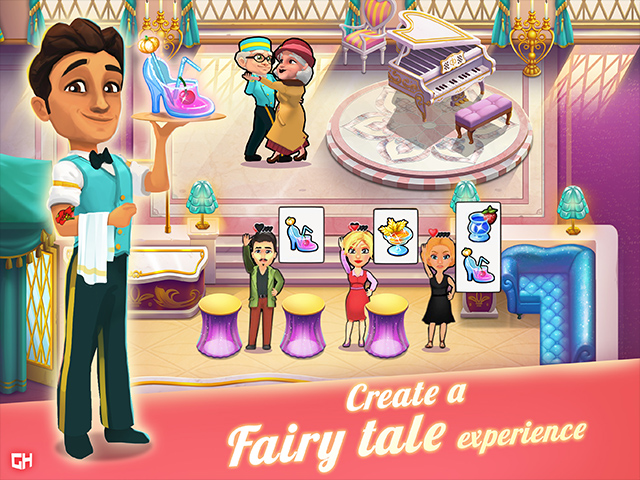 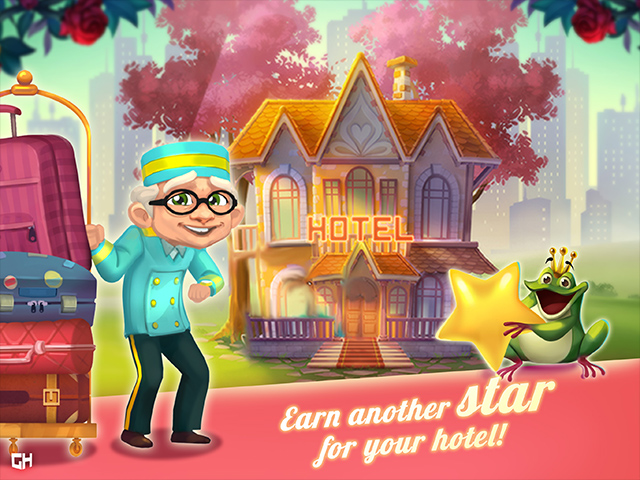 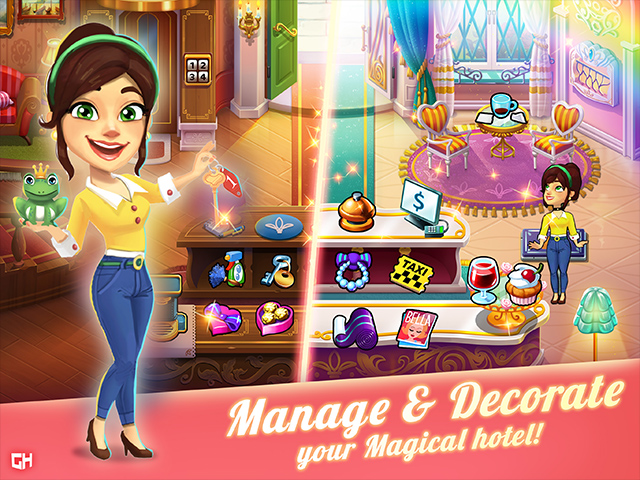 Re: Hotel Ever After: Ella's Wish

A huge departure from the usual GameHouse Original Stories fare, but still an enchanting journey.

Options include a Full-screen toggle, choice of many languages and separate sliders for Music, Sound and Graphics.

On Ella's 18th birthday, her father will sign over the family legacy -- the only place she's ever called home.  Things don't turn out as planned when Ella's stepmother refuses to let the hotel go to someone so young and issues a 60-day challenge:  Make the place a two-star hotel, or lose her rights to the property permanently.  Ella not only has to fight for her home, there's also the family curse to worry about... 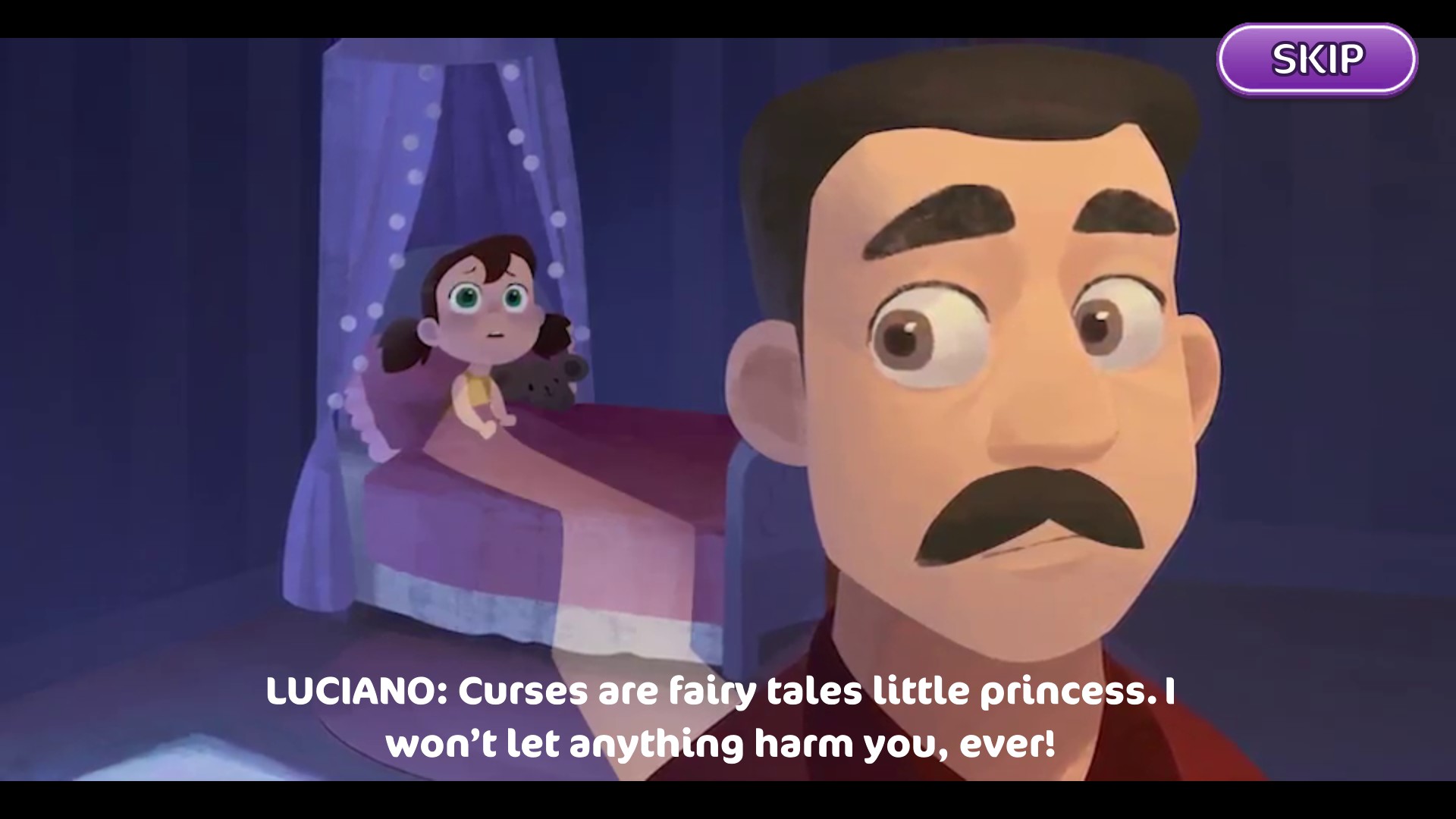 There is a journal, of sorts, but I'll come back to that later.

There are a few familiar aspects to the game such as the presence of Carl the mouse, but the overall feeling of the game is much different than you might expect if you're a fan of the Snuggford-related games.  One major change is that you have to double-click (instead of right-click) to remove items from your tray... That definitely tripped me up a few times! lol~

Ella is a driven young woman who has a dream for the family hotel, but she is also very much a teenager. 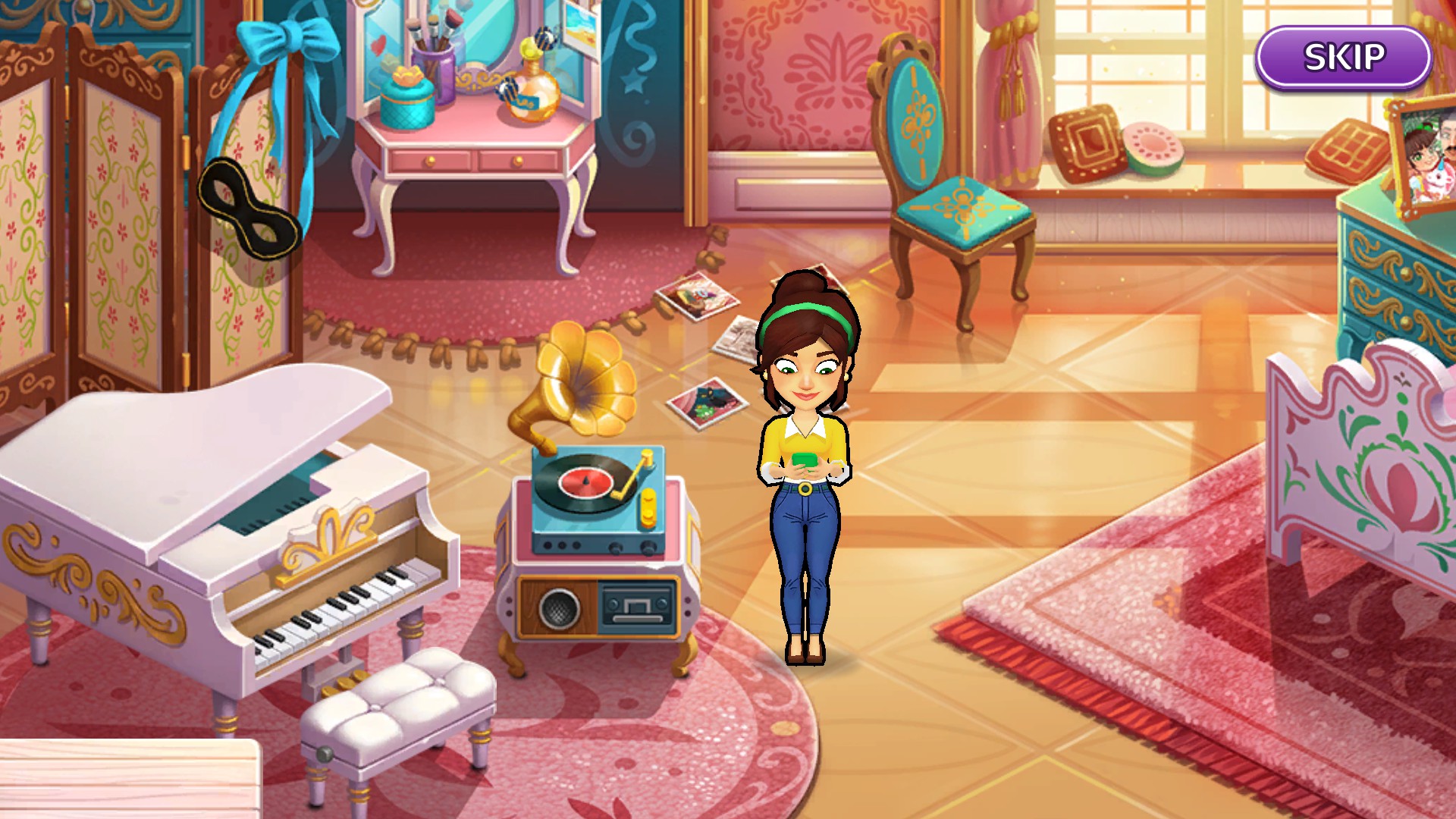 The in-game social media plays a huge part in the storyline and game mechanics, which is part of what makes the gameplay so different from the other GH Stories games, and this is where the journaling aspect comes into play:

Twinkle is a record of of the instant messages between characters, Storybook shows how close you are to the free upgrades you get from "likes" on social media, and Snapgram has some pretty/funny photos that Ella takes during the game.

You can boost your "likes" by giving excellent service (especially to VIP's and people who use their phones a lot).

The mini-games are pretty easy for the most part -- nothing super-challenging. 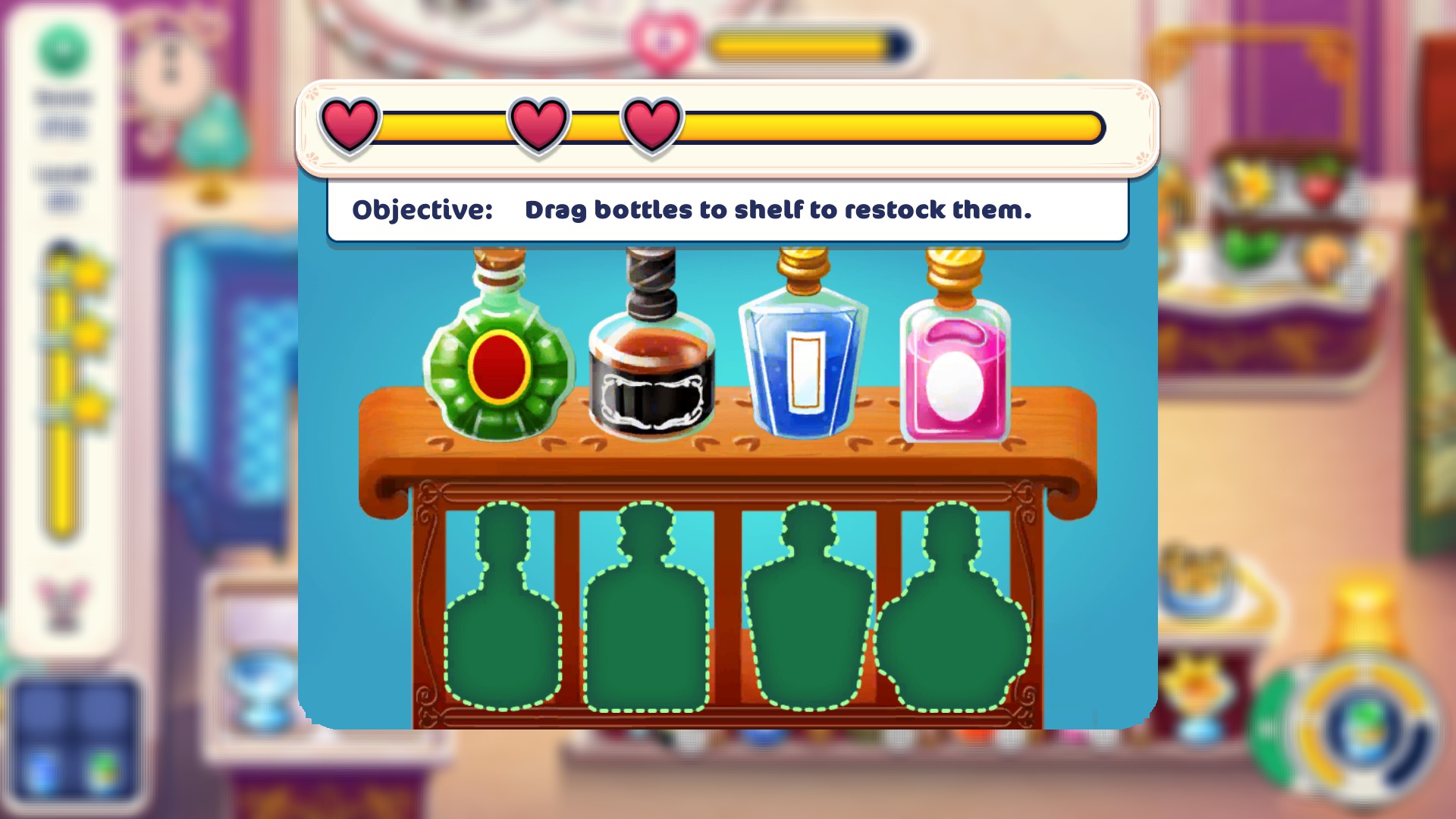 The screen above is how you restock one kind of product, but there are multiple areas and items that can only be restocked by courier (who comes automatically when you run out of something.)

The game is not overly-hard, especially if you plan ahead, but there are a couple of unbalanced levels that are very difficult to get 3-stars on.  Earning stars will get you money to spend on upgrades, and the diamonds that you earn by completing each day's goal are spent on special upgrades.

One departure from the norm that I really liked is the way the map is handled.  It's not 10 levels, switch to a new location, rinse and repeat.  Instead we are working in different areas of the hotel throughout each chapter.  The front desk, the bar, the office... I never knew where I'd be playing next, and the way the devs handled it all makes sense with the flow of the story.

As usual there are no voice overs and the sound effects/music are well-done.  Visually the game is a treat, and the characters are both likeable and memorable.

Despite the huge focus on in-game social media, Ella's Wish is a charming tale which I enjoyed quite a bit.  The gameplay is different than the norm, but I kind of liked how different it was.  It would have been more fun (for me) if it had Steam and/or in-game achievements, and it really could have used more polish, but it's still worth playing if you like a good story.