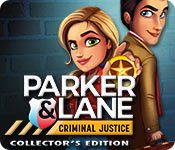 In Parker & Lane: Criminal Justice Collector’s Edition, the clever detective Lily Parker and smug defense attorney Victor Lane team up to solve a streak of murders plaguing the city. Jump into the detective role in the first episode of this exciting time management story game, feel the thrill of the chase and prove your detective skills are second to none! 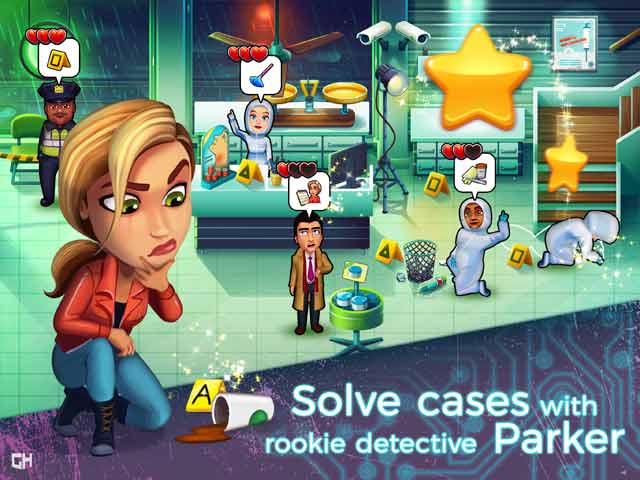 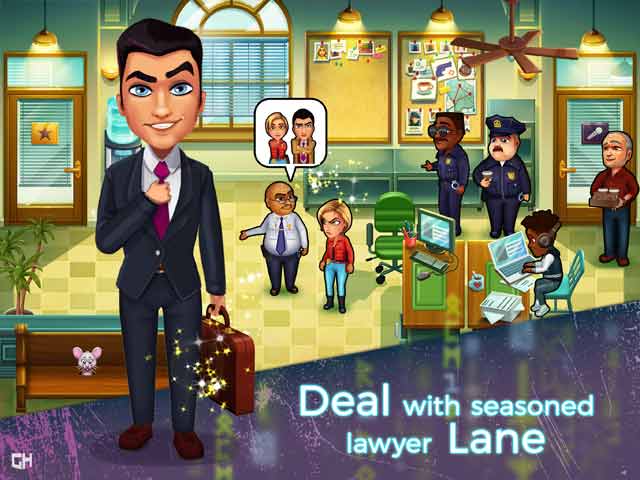 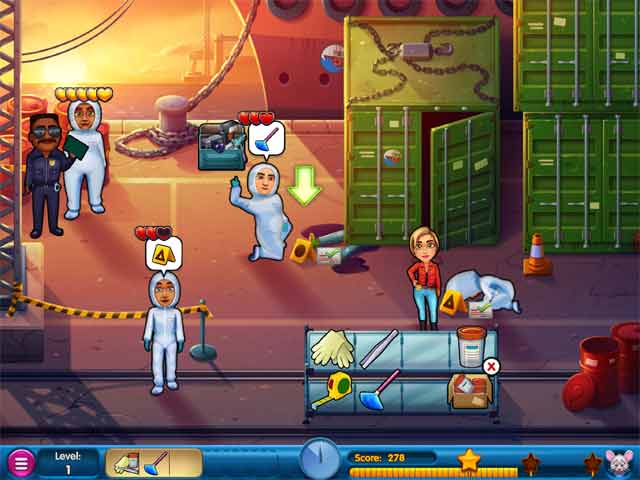 This is a gritty detective story, and is intended for mature audiences.

Options include separate sliders for Music and Sound, Full-screen (NOT the default) and Show Game Hints.

GLITCH alert: If the game does not register that you are finding the mouse when you first start the game, close the program and re-enter.  I only had to do this once, and I could collect the mouse every time after that.

Parker: A newly-hired police detective with a chip on her shoulder and a defiant need to prove herself.  Lane: A condescending defense lawyer who's good with the ladies and great at his job.  When a string of Lane's clients end up dead, this unlikely duo is thrust together to try and make sense of it all, but this case is bigger than anyone ever could have imagined... 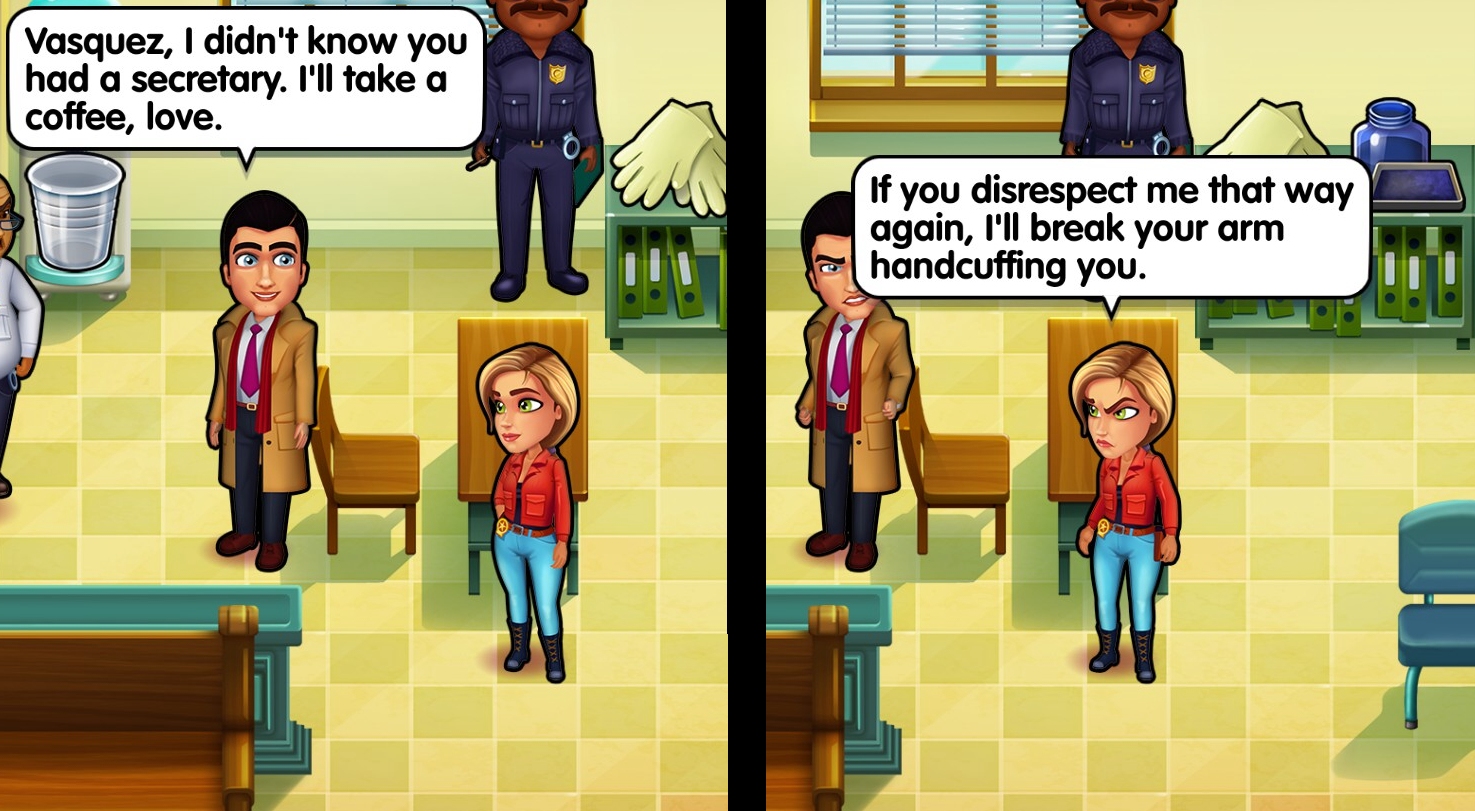 I wasn't sure how to feel about the animosity between the characters at first, but came to really appreciate them both as the story progressed.

You can tell that this is part of the GameHouse Original Stories series, but it plays a little differently than the others I've played, so I'm going to concentrate mostly on those differences.  Let's get some of the basics out of the way, first.

This gameplay style is where you click on a "customer" (police officer, forensics specialist, etc) and direct them to the station they want to go to, then assist them in whatever way is indicated... Usually!  At some locations they have pre-determined places where they will go.  There's no cleaning of stations (these are mostly crime scenes after all!) and -- you betcha! -- we still have Carl the Mouse (who giggles instead of squeaks.)

Now for the main differences.

First of all when you're at a crime scene, you can't just click on a station -- you have to click on a little yellow placard.  It's such a small area that after playing these games for so long, it was hard to get used to! 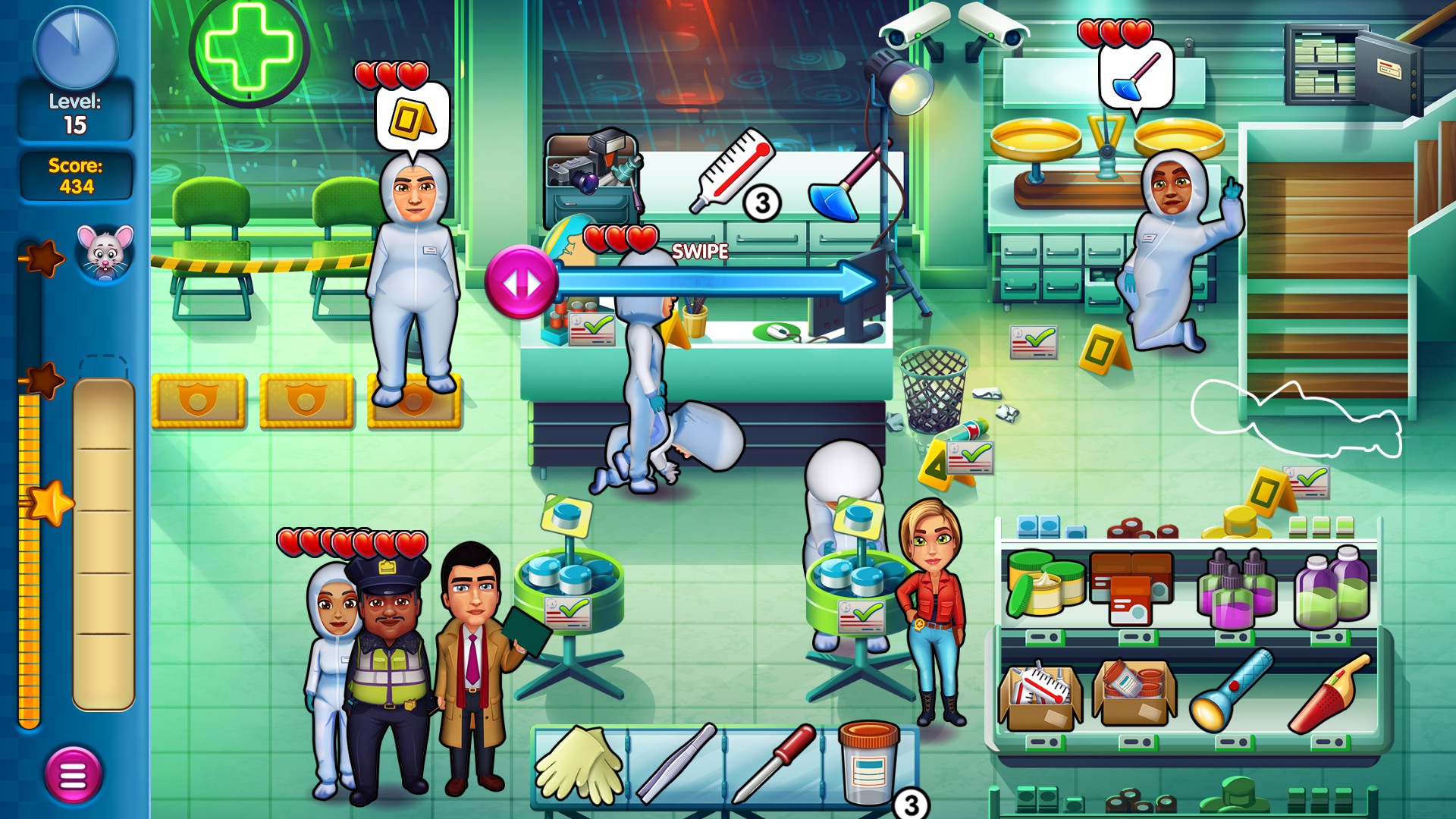 Another change is the "special action" mechanic where you have to move the cursor back and forth or click quickly.  In every other dash game I've played, you're stuck at that spot until you complete the action, but in Parker & Lane, you can keep moving around and do it whenever you're ready.  This is both cool and NOT, because sometimes it's hard to notice when the action is necessary!

The Mini-games require more attention than I'm used to, as well.  Although some of the minis are easy, some are deceptively hard because you have to process what you're seeing and react quickly to get full points.  I feel that the mini-game popups stay up on the screen for longer than they should after being completed, but that was a minor irritation.

A change I really liked is the way that people check out.  You are not tied to the area and don't have to stand around and wait while they all finish cataloguing their evidence.  Just click on the police officer, Lane (or whomever) is manning the checkout area, and you can immediately move on to do more work.  LOVE it! 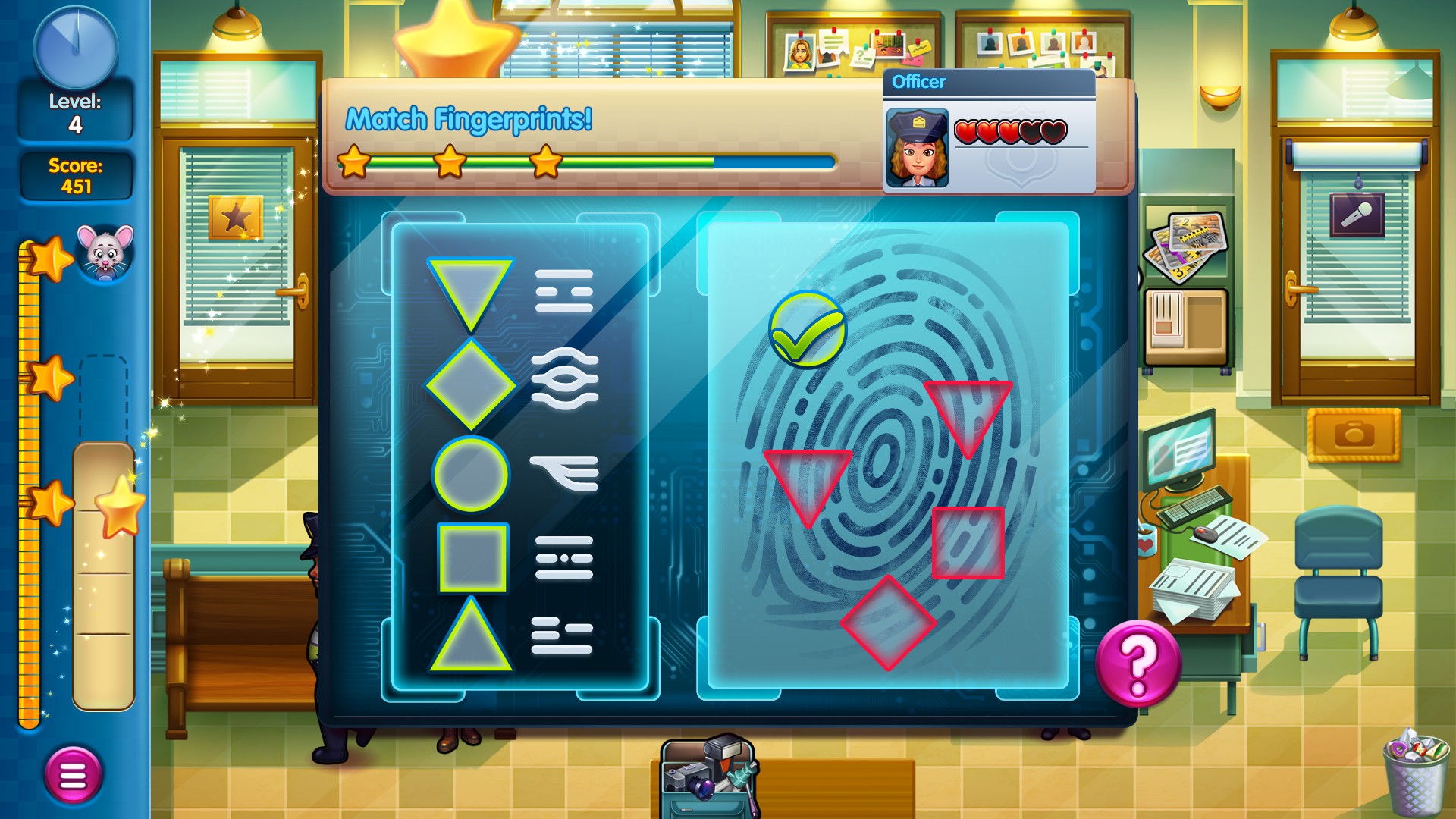 Challenge levels will not earn you any extra money to spend on upgrades, but they will get you up to three diamonds, which you can use to update your case file with evidence.  It's not necessary to enjoy the story, but it's a nice little addition, and appropriate for the theme of the game.

Story mode took me approximately 8 hours to finish, and I still have 90% of the challenge levels and most of the achievements to complete.

Parker & Lane is more more serious than your typical dash game.  You'll be confronted with death quite a few times before you investigation is done, and the story and relationship between characters is more what you'd expect from a TV drama.

The gameplay differences from the other GameHouse Originals take some getting used to, and although the mechanics can feel kind of clunky in comparison, it becomes more natural as you progress.  This is a challenging but fun game with an interesting adult-oriented story, and is a great crime drama.  Recommended!
_________________
Never be a prisoner of your past.
It was just a lesson, not a life sentence.