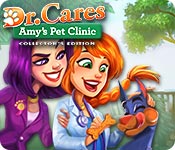 Get ready to test your vet skills! 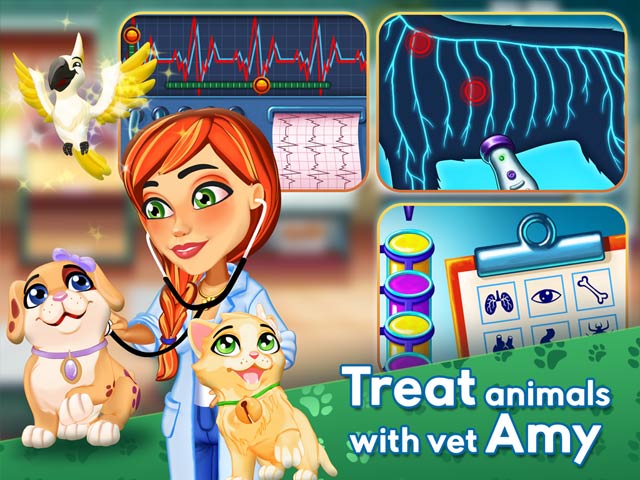 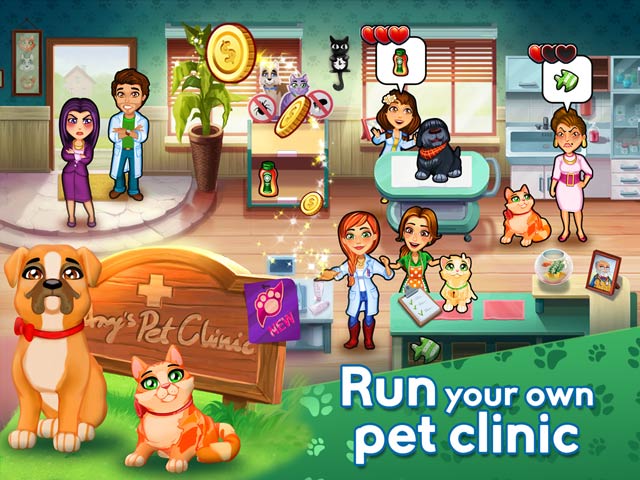 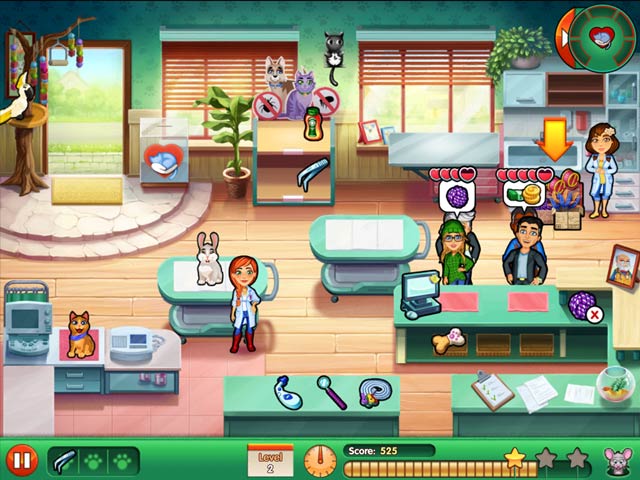 Options include separate sliders for Music and Sound, Full-screen and Hints.  Choice of Difficulty which can be changed via the game menu.

Amy has dedicated herself to doing the best she can for the animals of Snuggford, but just as her grandfather takes a much-needed vacation, a new pet clinic arrives in town... Spearheaded by none other than Amy's childhood bully!  Now Amy has to not only face her past, but the future of her clinic, as well! 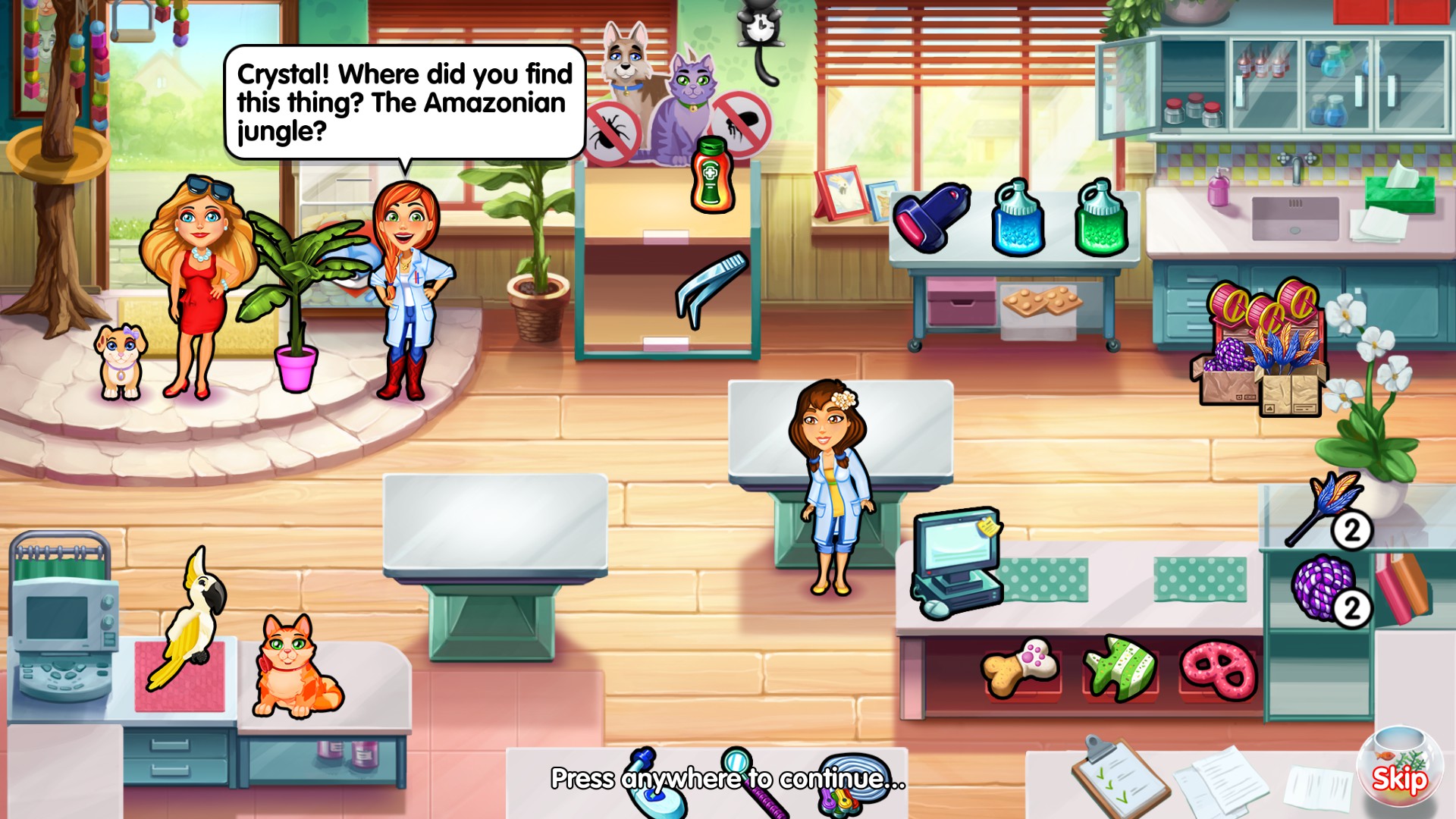 Occasionally we will be asked to make a choice, and while that choice will determine how the scene plays out, the general outcome will remain the same.  You can always replay the level(s) and choose something else if you like.

As usual for a GameHouse Original Stories game, there are six locations with 10 levels each.  Twice we will revisit Amy's childhood -- at school and at camp.  I found the gameplay during the flashbacks to be delightful -- a lot of fun! -- but there is some serious bullying going on, especially at camp.  Some of these levels were very upsetting for me, as I could identify with Amy all too well.

There are a lot of positive changes, gameplay wise, much of it surrounding the medical aspect of the game.  No longer are we focusing on grooming animals and removing fleas... Now it actually feels like Amy is a bona fide veterinarian.  This is especially evident with the type of Mini-games that we play.  I loved checking heart rhythms and doing ultrasounds, and the minis during the flashbacks were really fun; even made me laugh a few times (OMG, the dancing... lol~) 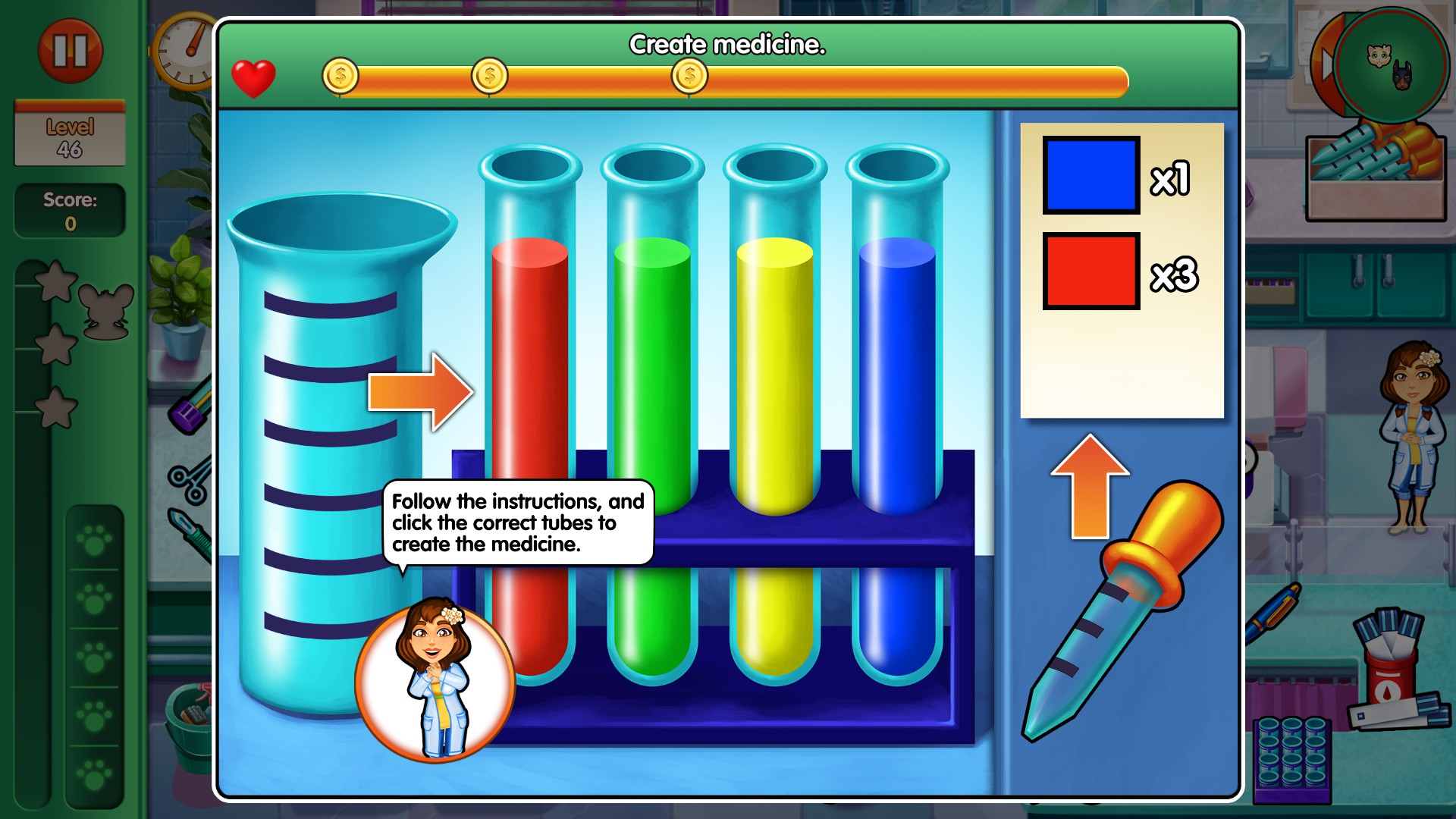 As usual we earn 100 coins for every star we earn during levels, and these coins can be used to upgrade our environments, and you WILL earn extra coins when you replay levels!  This is because we can use coins to buy additional diamonds!
So what are the diamonds for, you ask?  I'll be happy to explain!

Next to the Trophies (in-game and Steam achievements) button on the map, you'll find a button that says Shelter.  This is where we take in animals (choice of several dogs and several cats) and care for them.  Diamonds are used to upgrade the shelter, buy new decorations, more room for animals, and purchase treats for the animals we have in there.

The shelter is its own self-contained min-game where we have to take care of the animals we have "adopted".  Each animal has a timer that shows when they will need care again, and attending to their needs will earn you extra diamonds to spend whenever one of them levels up. 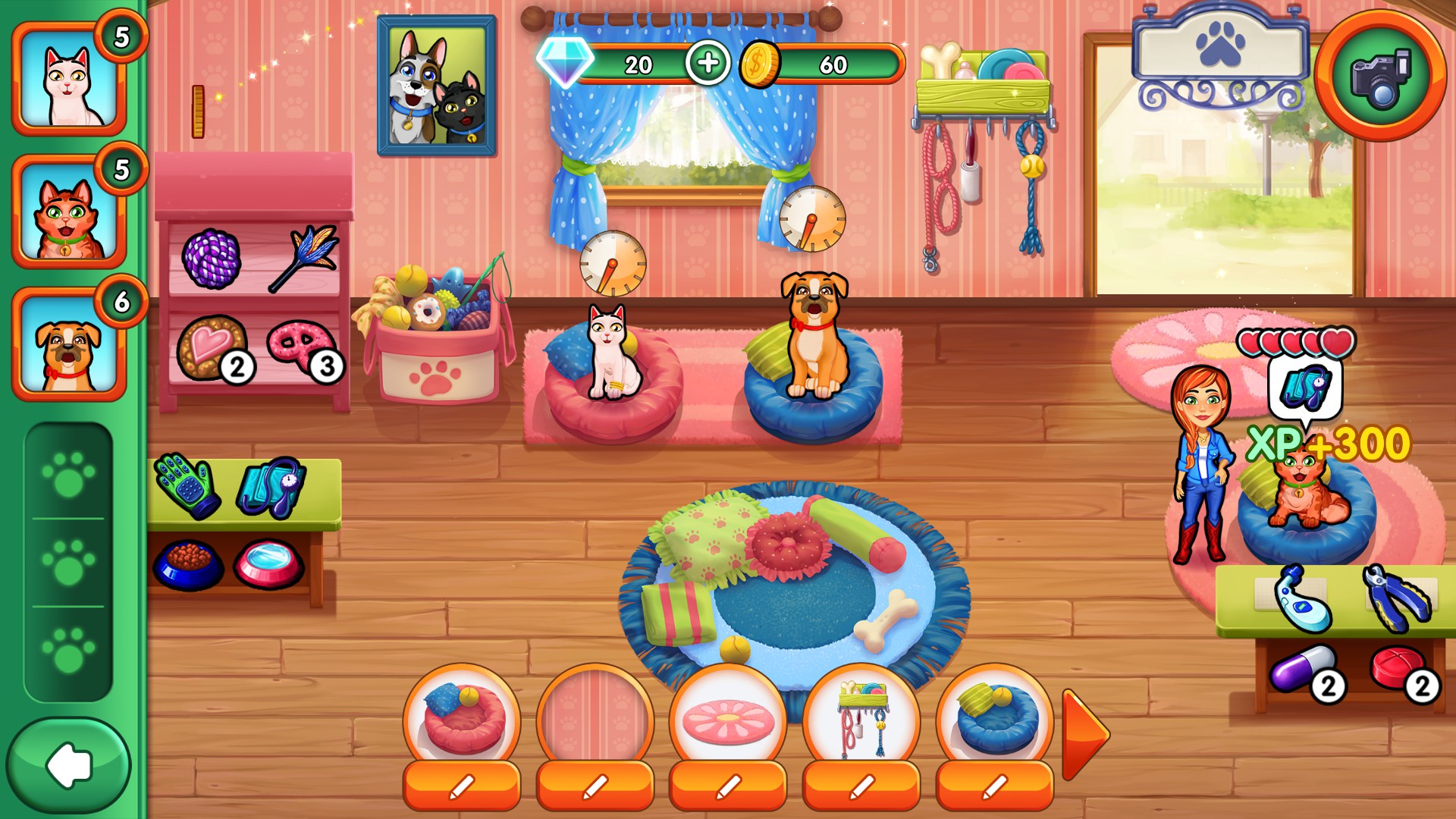 Playing the Daily Challenge will give your diamonds a nice boost, as will the Challenge Levels!

The first thing i noticed is that the characters look different.  Differently-shaped heads, less-pronounced eyes, Jack doesn't look like Cary Elwes anymore... The changes were really noticeable for me, and it's not a bad thing, just... Different. lol~

Finishing all story levels with 3-stars + the mouse took me about 9 hours, and I've put a few additional hours in completing all of the challenges!

A bigger focus on veterinary medicine and the absence of Amy's previous immaturity makes this game a great improvement. The gameplay for this second Dr. Cares game is rock solid, but be aware that the flashback arcs of the story (two locations) could be a trigger if you were ever the target of bullying in school.  There is also a broken Steam achievement, but despite these factors, I really enjoyed myself!  Recommended!
_________________
Never be a prisoner of your past.
It was just a lesson, not a life sentence.