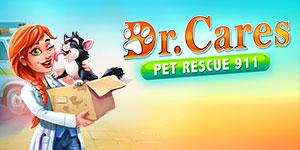 Play Dr. Cares - Pet Rescue 911 Platinum Edition, a brand-new time management game! Born to take care of animals, vet Amy's looking for a place where she can truly make a difference. That leaves her with a tough decision... Should she take over her grandfather's clinic in Snuggford, or is moving to New York the right thing to do? Find out and play Dr. Cares - Pet Rescue 911 Platinum Edition! 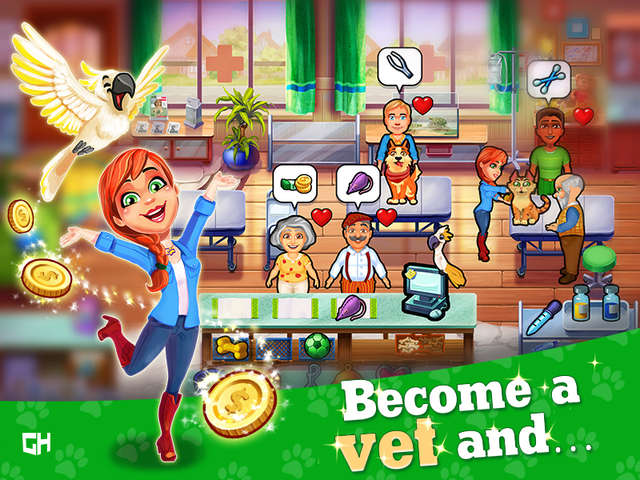 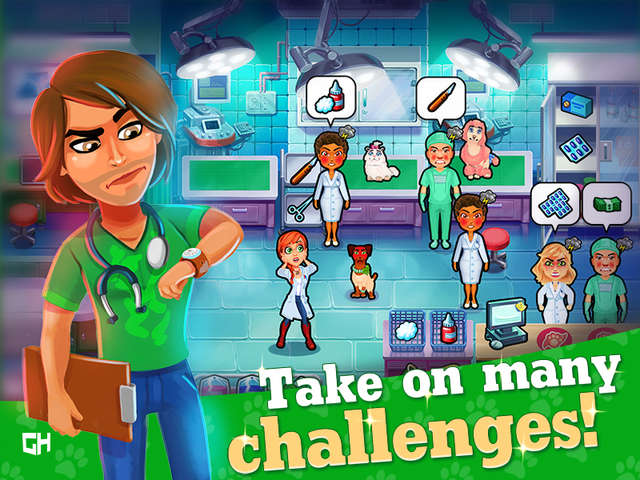 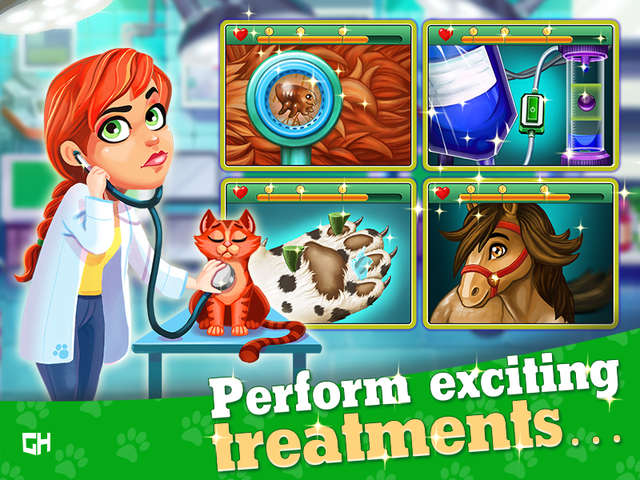 Options include separate sliders for Music and Sound, Full-scree and Show Game Tips.  Choice of three difficulties, which can be changed at any time.

Amy is fresh out of veterinary school, and needs to decide what to do with her future, but she is torn... Stay in Snuggford and take over her Grandfather's clinic, or go to New York and try to make her mark in the big city? 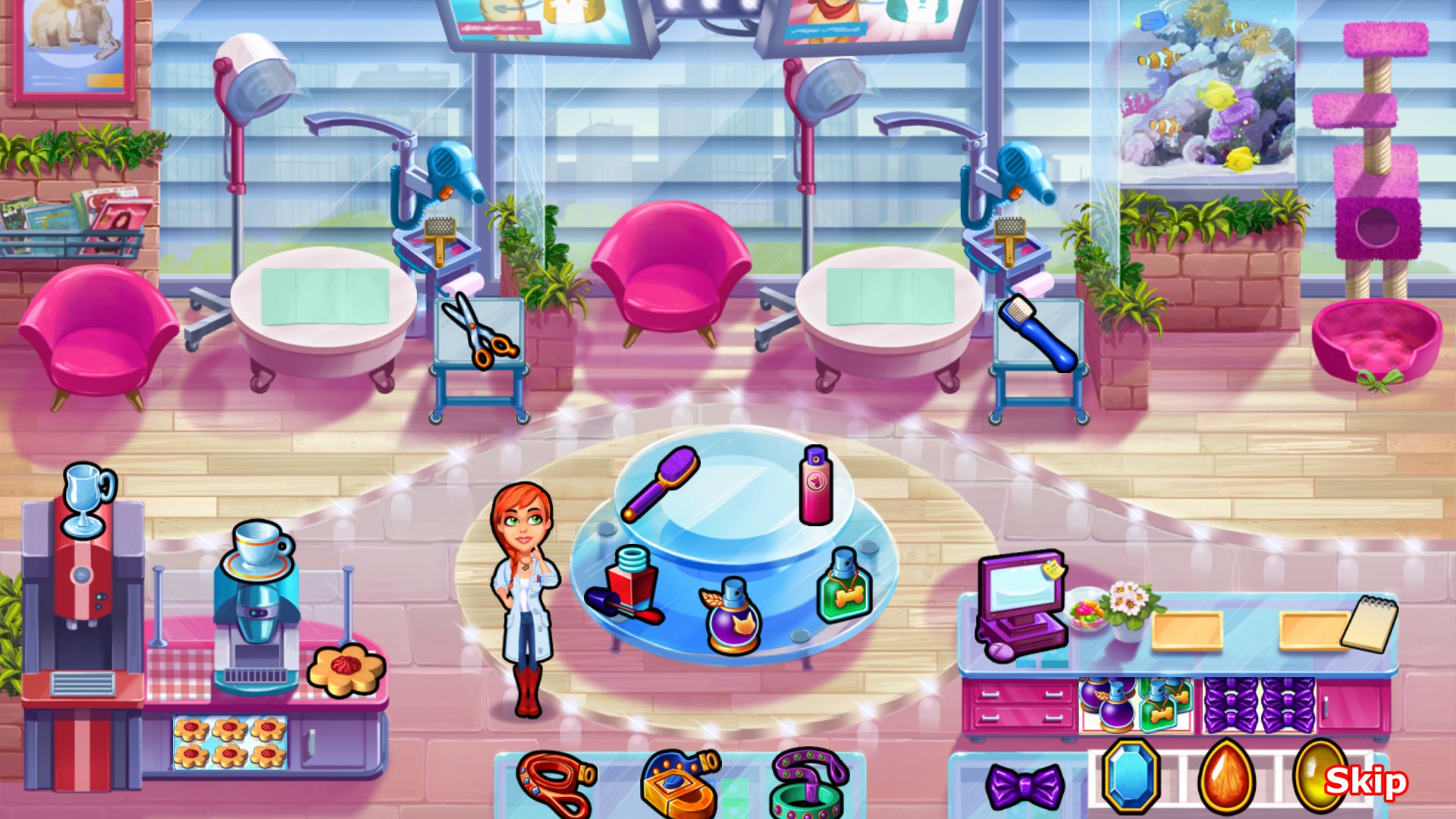 The first in a new series by GameHouse Original Stories.  This plays like the Delicious games (ie. customers automatically go to stations, no gold stars.)  If you are new to Dash-TM's, there's a nice 'How to Play' section to help you out.

Carl the mouse joins us once again, but he doesn't make a noise when she shows up! :o  I still managed to find 57 of the 60 mice, though, so he's not terribly hard to spot!

Although you have new mini-games per location, they're often the same type of movement.  For instance click to get the gauge to the green area, cleaning teeth and cleaning horseshoes takes the same motions, etc.  I did like the saddling mini - reminded me of when I learned to ride many years ago! 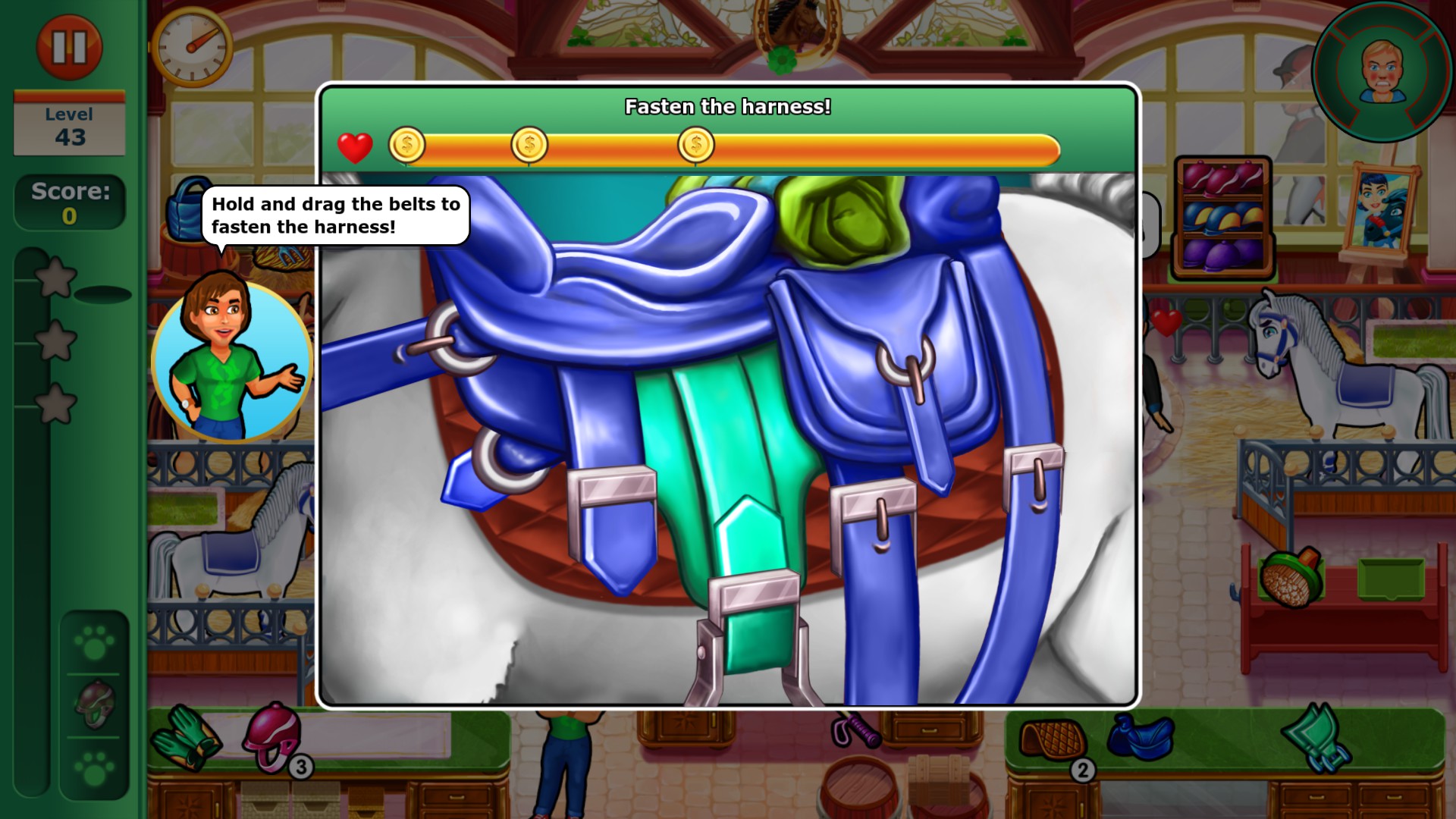 There's not a lot of veterinary medicine in the game.  A few little things like taking x-rays and giving equipment to other vets, but not much.  Most of the game is more along the line of what a pet groomer would do.  Not that this is a bad thing -- it seems appropriate for the game's storyline -- but don't go into this first Dr. Cares game thinking it will be like an animal-themed Heart's Medicine!

The diamonds you earn during gameplay can be spent on new toys for Grandpa's cockatoo, Newton, while achievements will unlock trophies.

The graphics aren't the best I've seen in these games, but they're still very nice.  As mentioned I really think that one of the male co-stars looks like Cary Elwes! hehe  There are a couple of songs in the game with actual lyrics (unusual!), but no voice-overs (per usual). 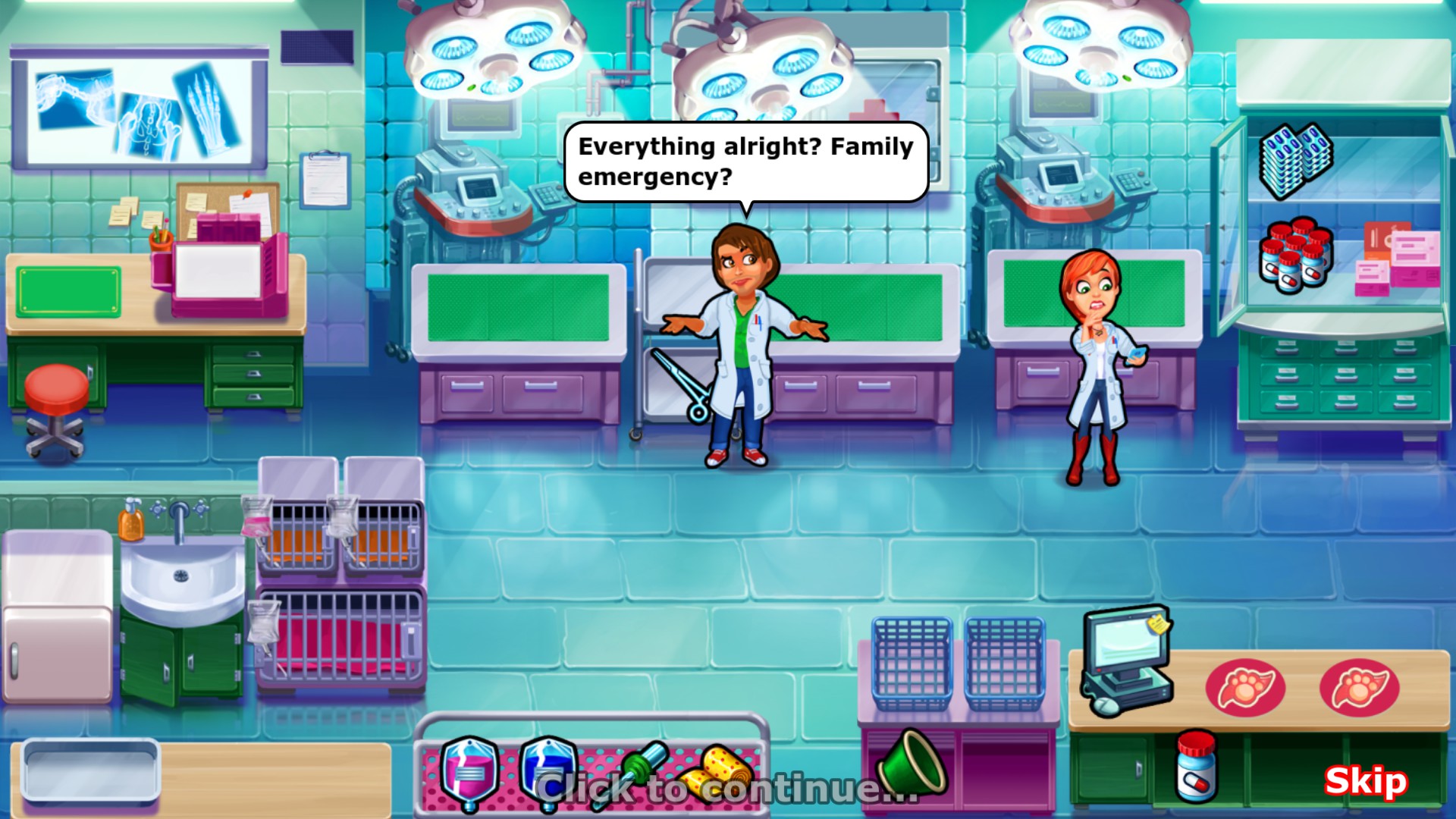 Amy was not immediately likeable for me, but she has some beautiful character growth during the game that made me feel differently.  Although the game is low on the medical aspect of being a veterinarian, it seemed appropriate for where Amy is in her career.  A good setup for the series -- I have high hopes for the next game!
_________________
Never be a prisoner of your past.
It was just a lesson, not a life sentence.