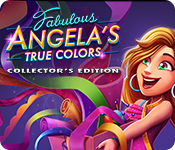 Your favorite fashionista is back with a style-filled New York adventure as can only happen to Angela!

Angela's dream is to open a fashion boutique in the heart of New York's most glamorous designer area. It's nearly Fashion Week, and she's ready to shine. With new sketches in her portfolio, she’s off to find investors. But when reigning fashion queen Noémie hears about the hot young designer trying to take over, she sets out to destroy Angela's plans.

At first Noémie's plan seems to succeed, and Angela returns home with her tail between her legs. But Angela wouldn't be Angela if she let some fading designer dull her sparkle!

Your work is cut out for you. Can you assist Angela with her boutique and help her get into the New York Fashion Week? 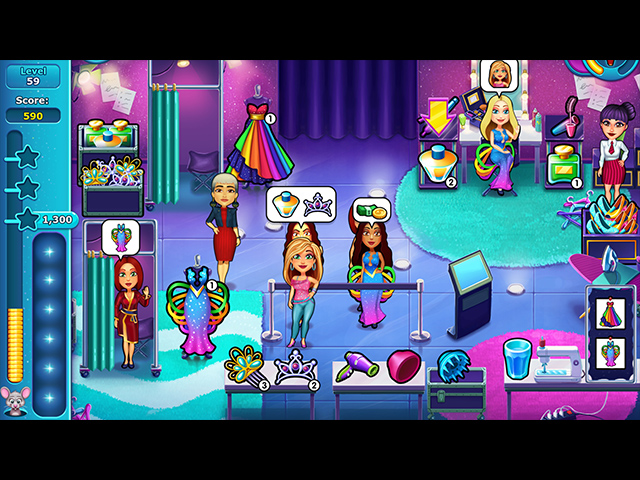 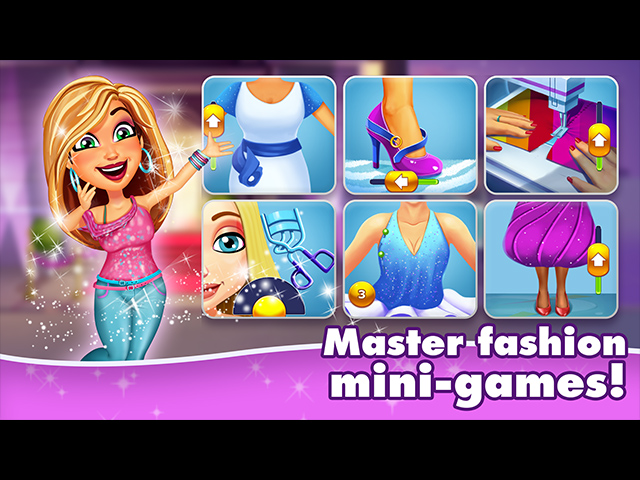 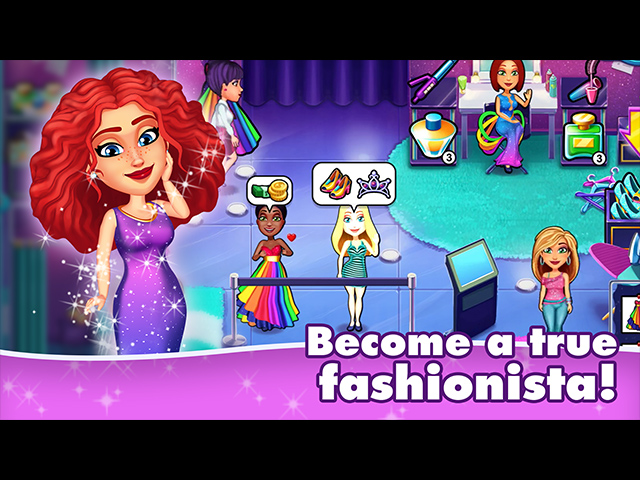 Options are simply buttons for Music/SFX/Tips on/off and Full-screen.  No choice for difficulty.

Angela's dream is to bring her clothing designs to the world and make it big in the fashion industry, so -- with a little help from her friends -- she opens a boutique in New York's hottest district.  Her idol, Noémie, has a shop just a few blocks away, but Noémie doesn't like competition... Now it's a race to clinch a spot in Fashion Week's biggest show, and only Angela's fiery spirit can get her through this trial. 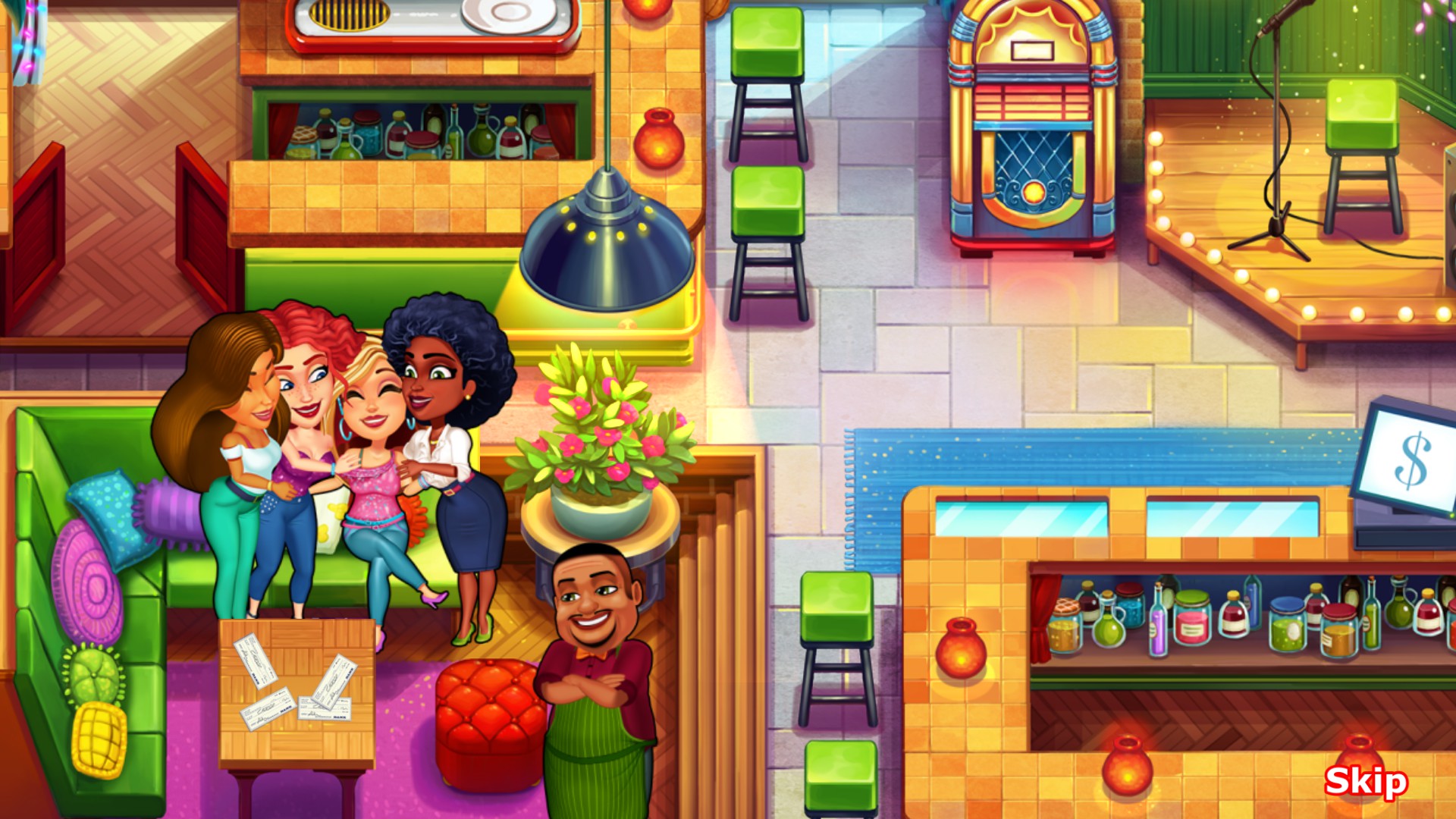 You don't have to have played the previous Fabulous games to figure out what's going on here, but you'll have a greater appreciation for the characters and guest appearances if you're familiar with the GameHouse Original Stories series of games.

The last Angela game I played was Fashion Fever (the first one), and I was experiencing a real sense of déjà vu with the story, but it quickly became apparent that things were going to play out MUCH differently in True Colors.

The game plays like any dash-type time management, and will be easy to pick up for anyone who's familiar with the genre, and be on the lookout for Carl the mouse!  He's on every level, even the bonuses.  Here's how it works:

Your job is to serve customers.  When they enter the store, they'll go to the area (station) that they're interested in, and a bubble will pop up over their head(s) to show you what they'd like.  All you have to do is grab it and take it to them.  Sounds simple, right? 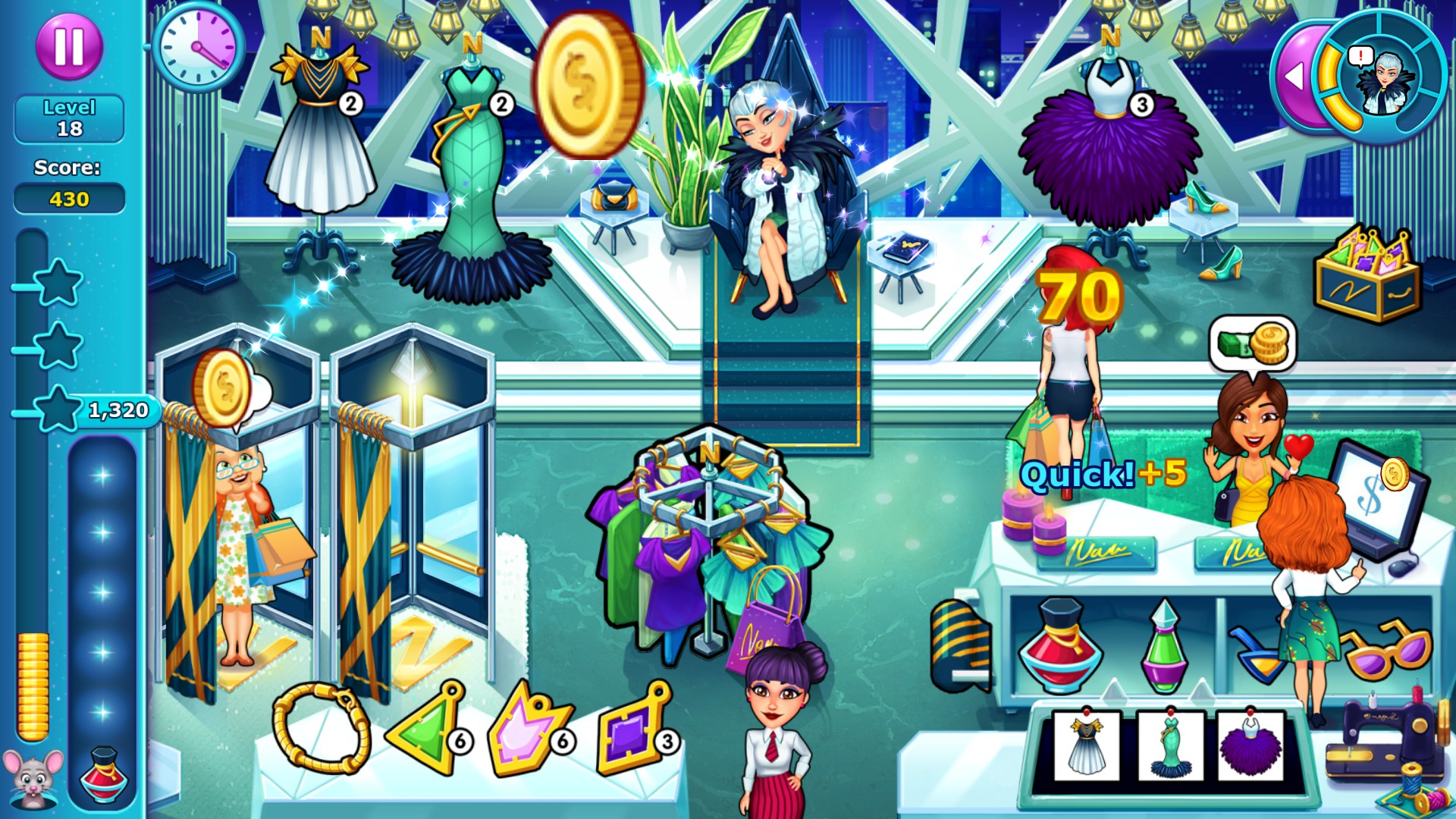 Well it is at first, as you'll only have a few items to work with on the early levels for each location.  New products and mini-games are added as you progress, so of course the difficulty amps up as you go along.  I'll come back to that in a bit.

The Mini-games are simple pop-ups where you interact with customers/models, and only take a second or two to complete.  Easy things like clicking a few times (turning on lighting for photo shoots; pinning clothes), swiping your mouse (sewing, helping with zippers), etc.

Your score is managed on the left side of the screen, and your goal is to get the gauge up to or above 3 diamonds.  Each diamond you reach will net you 100 coins to use for each location's upgrades (up to 300 coins per level, including when you re-play the level).

Coming back to the difficulty, this is one of the easier dash games I've played, as there are bonuses for every little thing.  Chaining deliveries, checking multiple people out at once, completing mini-games, finding the mouse, having a clean store at the end of the level... The list goes on and on. 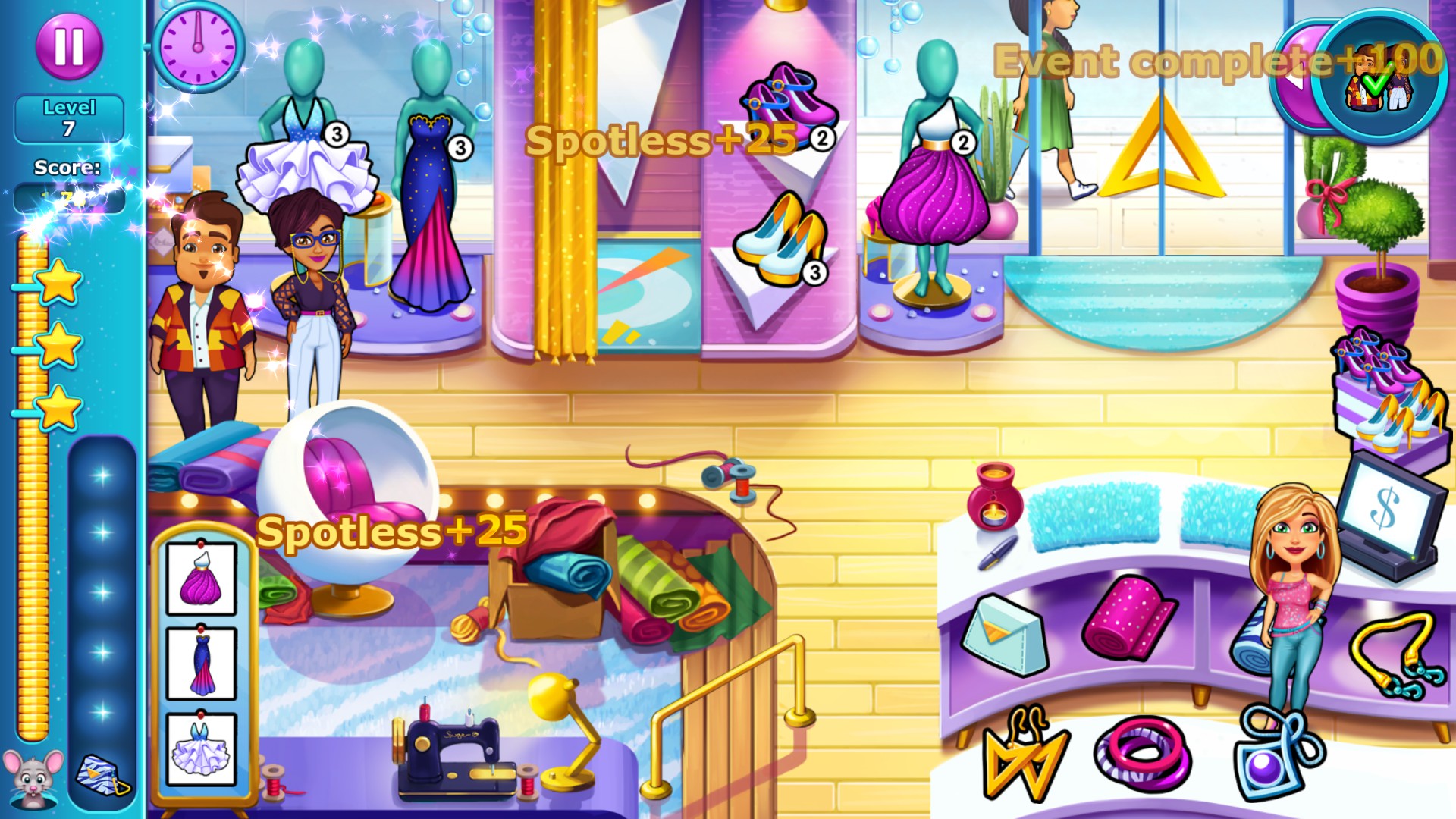 Now I like having bonuses for these things, but the amount awarded is -- in my opinion -- way too high. There is almost no challenge to the story-related levels, and I think I only had to replay one level (maybe two) out of 60 in order to get my 3 stars.

Is the game too easy?  Maybe... Or it could be that I've been playing these games for so long that I'm just really good at tracking what needs to be done.  Hard to say.  Is the game still fun?  Yes, absolutely!

NOTE: If you want your game to be more difficult, don't buy any upgrades for your shops until you've finished playing ('cause you know you're going to want those achievements! *_*)

The Bonus Levels are harder than the story-related levels, and a new one is unlocked every few story-levels that you complete.  Getting full points for these levels will not only earn you 300 coins, but 3 diamonds as well (each story level earns you 1 diamond if you complete the day's Event).

Diamonds are used in the dress-up screen, where you can unlock clothing, accessories and models.  Dress them up and send them out on the runway for a photo shoot.  Replaying a level will get you extra coins but not diamonds.  There are two ways to earn more diamonds to spend:

Endless Mode goes in shifts, giving you a small break to restock items... and also giving the timer an opportunity to run out if a customer is dawdling.  Each shift you have to serve more customers before it will end.  Just try it, you'll see.

Angela has grown as character, but she'll always be Angela: Head-strong, fiesty and at times vulnerable.  The gameplay is a bit easier than I'm used to, but I still had a lot of fun.  The story was engaging, and even had a few laugh-out-loud moments that still have me grinning.  I absolutely enjoyed coming back to Fabulous, and look forward to playing the rest of the series!
_________________
Never be a prisoner of your past.
It was just a lesson, not a life sentence.