Save Halloween: City of Witches
by Quick Click Games - October, 2015 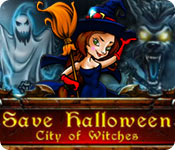 The servants of Lucifer have stolen the Stone of the Dead and opened the gates of the Hell! With the help of the witches, retrieve the stone before the rising of the blood moon! Otherwise, Lucifer will gain power over the world and the dark forces will remain forever in the world of the living. 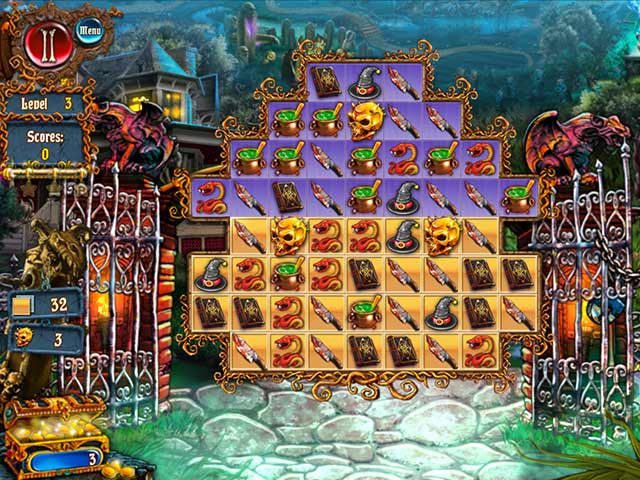 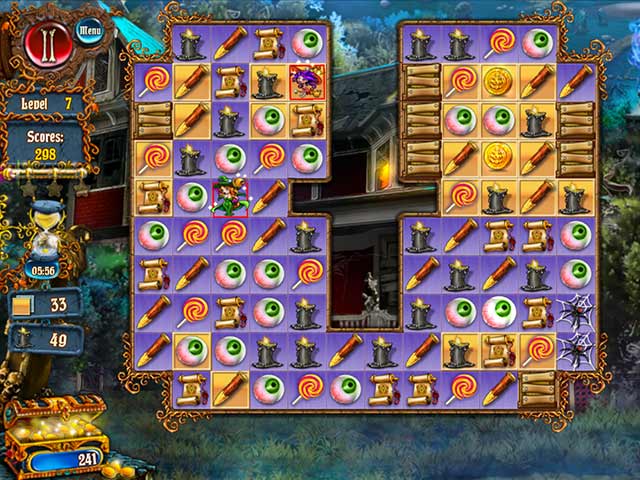 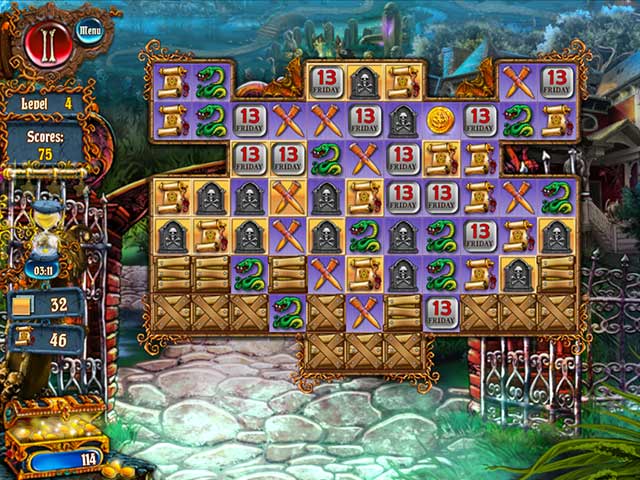 Re: Save Halloween 1: City of Witches

Save Halloween 1: City of Witches (Match-3)

Options include separate sliders for Music and SFX, Custom Cursor, Full-screen, Tutorial, and choice of Timed or Casual Mode.
You can switch modes between levels (at the bottom of the map).

When I first started playing City of Witches, it was so similar to Spooky Bonus that at first I thought that it must be by Grey Alien Games (it's not, this game is by Quick Click Games).  The game piece types, earning coins to decorate your house, the decorations giving you new types of power-ups... The only thing that was different was the graphics... At first!  Rather than rehash the basic game mechanics, you can look at my Spooky Bonus review HERE , and instead let's focus on what's different about City of Witches. 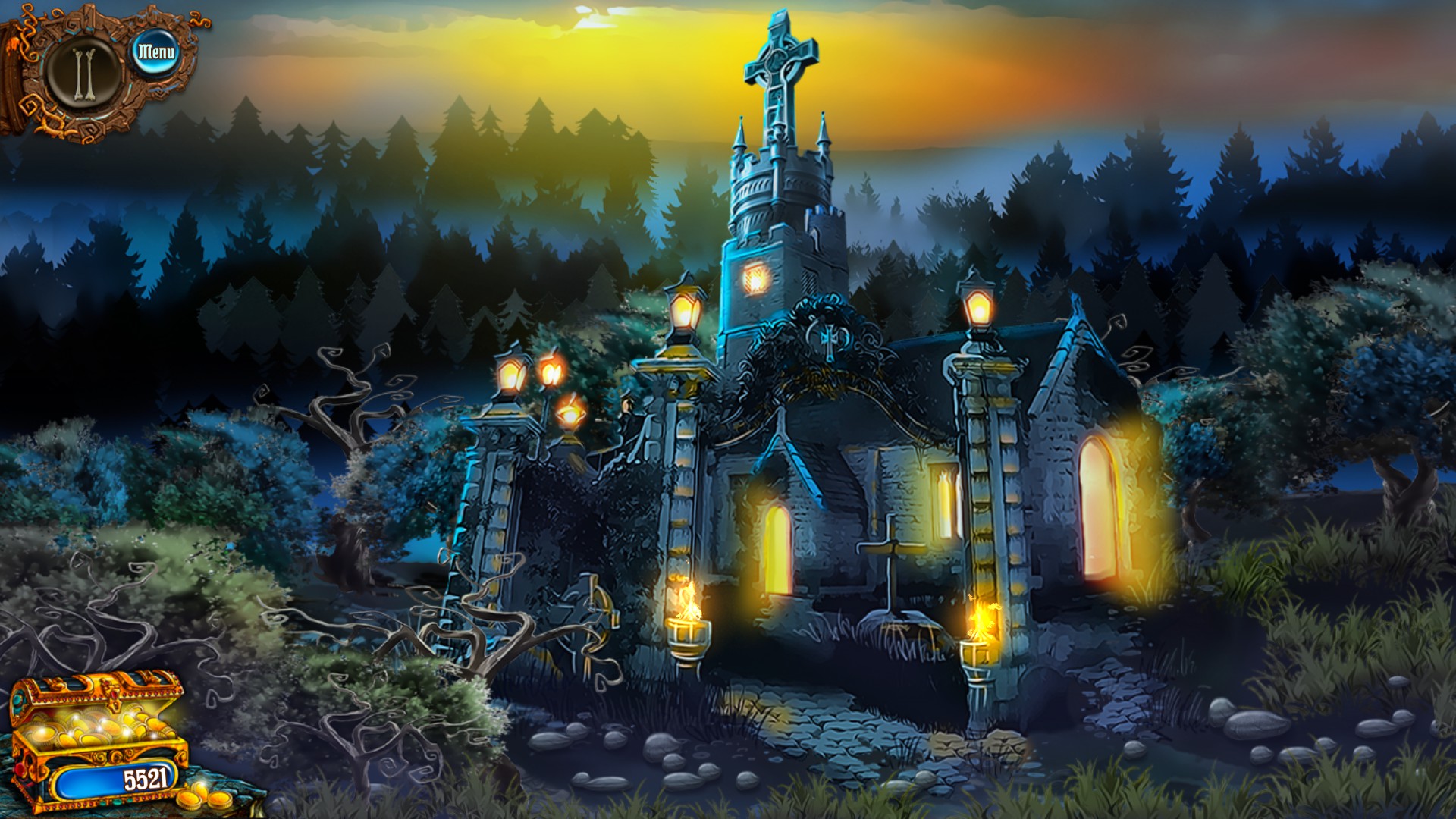 On the downside, backgrounds cannot be set as wallpapers, and the gameplay doesn't feel quite as fluid, BUT, these are the only detractors, so let's get on to what makes City of Witches so addictive.

There are 100 levels to complete, but every level has multiple goals.  There are of course objectives that you need to meet before you can pass each level, but that's not what I'm talking about.  Every location is represented by a pumpkin on the map.  Pass the level to light the pumpkin, but there's more to it than that!  Beat the (preset) fastest time and get wings on your pumpkin; get a good score and you will earn 1 to 3 stars.  Get the fastest time AND get three stars to get a lovely golden crown as well! 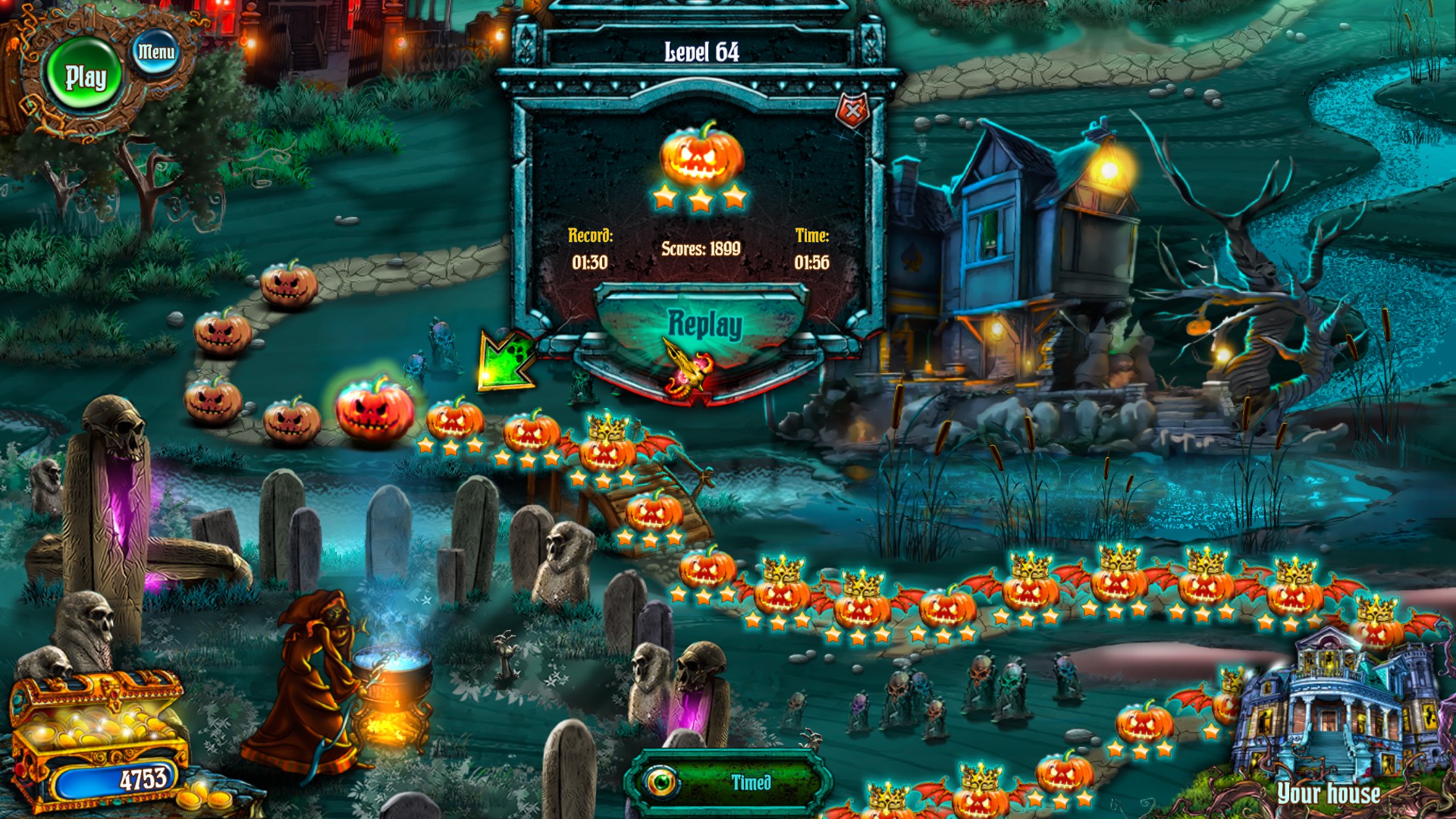 This adds a lot of replayability to the levels, not only because these things can be hard to achieve, but also because it's really hard to accomplish both a high score and the best time on the same round!  This doesn't mean that you have to achieve them both at once - the game will save your wings/stars once you earn them - but since you may not be able to get them at the same time, you're likely to have to play each level at least twice.

Quick Click Games did not make an exact replica of Grey Alien's creation - they added a couple of challenging new monsters:  Spiders and Ghosts, both of which will multiply and take over your board if you don't make a match next to them to clear them away.

Perhaps the most addictive part of the game is Combo Mode.  If you can make matches quickly enough, you'll enter Combo Mode for ten seconds.  Every match you make during this mode will cause a power up to explode where you made the match, and the power-ups only get more satisfyingly-powerful as you upgrade your house. 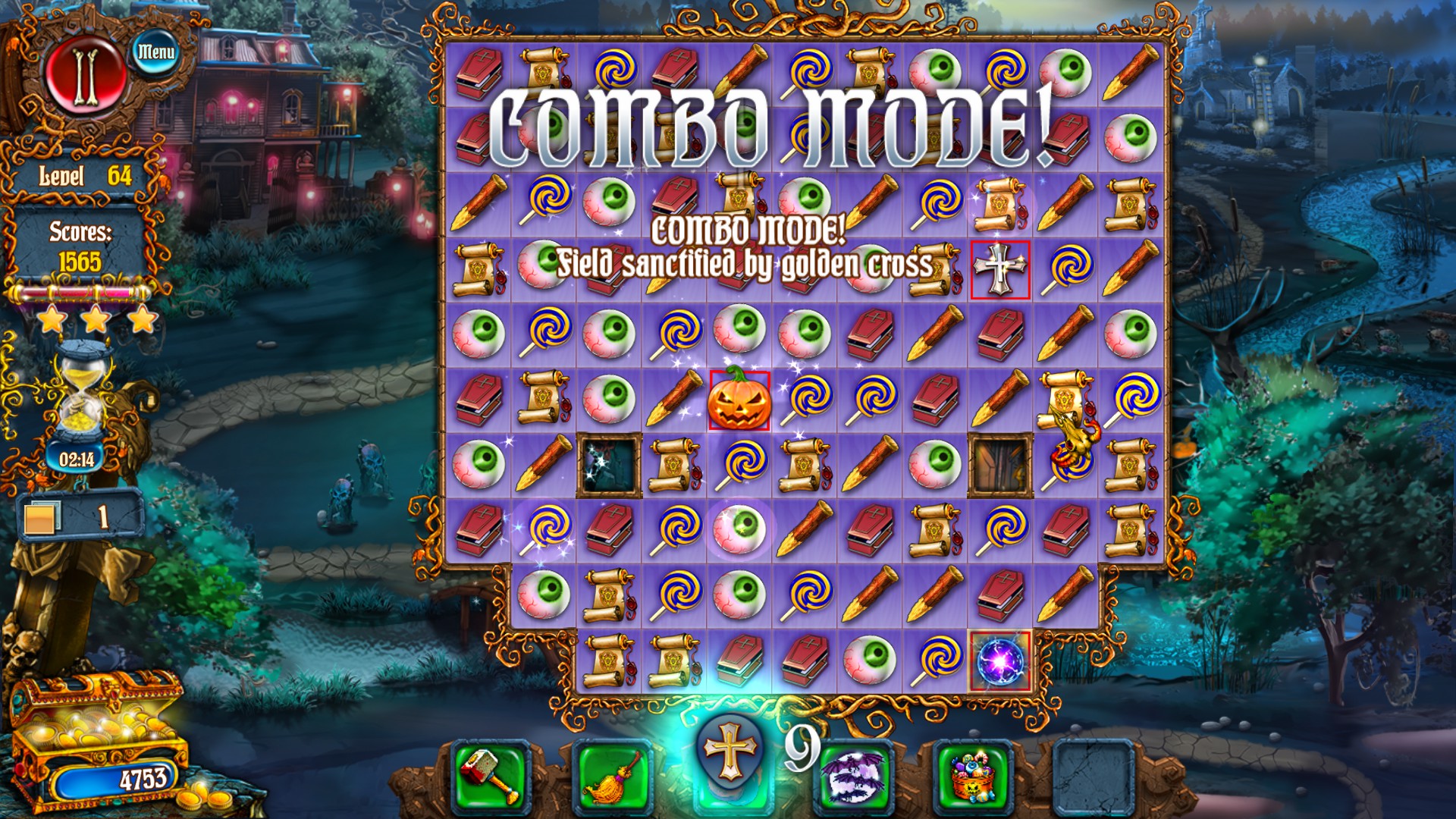 Then there are the achievements.  Oh those lovely and super-challenging achievements!  I just loved them!  There are Bronze, Silver and Gold tiers, with a grand total of 63 for you to earn.  Be aware that Steam has three broken achievements, but the IN-GAME 'cheevos work just fine!

I absolutely love the challenging aspect of the game.  Getting the fastest time, the pain of missing the high score by one second, fighting to keep those pesky spiders and ghosts at bay, the well nigh impossible achievements... just so much fun!  This is my second time through the game, and I'll happily 100% it again.  The only negative to this game is that you can't 100% it in Steam's system due to the broken achievements.

Highly-recommended to those who are looking for engaging gameplay!
_________________
Never be a prisoner of your past.
It was just a lesson, not a life sentence.