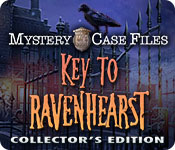 It's rumored that Ravenhearst is being resurrected, and the Queen of England herself has called on you to help unlock the mystery. But can you find the key? Follow the dark clues down a twisting and twisted path into Ravenhearst's horrific past. The future just might depend on it!

Eipix's continuation of the blockbuster Hidden Object Puzzle Adventure series will leave you breathless, with loads of mini-games embedded throughout your adventure. Find them tucked away in Charles Dalimar's Enigma, inside hidden-object puzzles, and layered within super puzzles. You'll also have a variety of HOPs to enjoy, including silhouette, listed, interactive, and more! 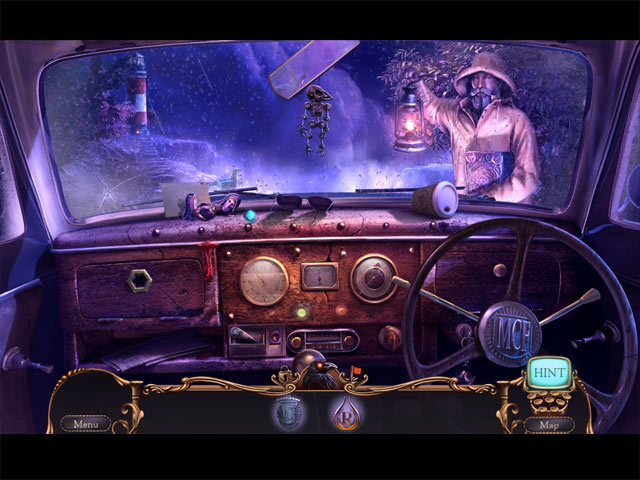 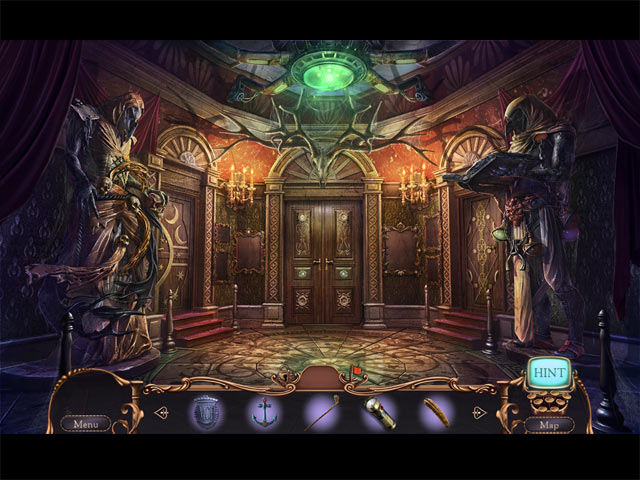 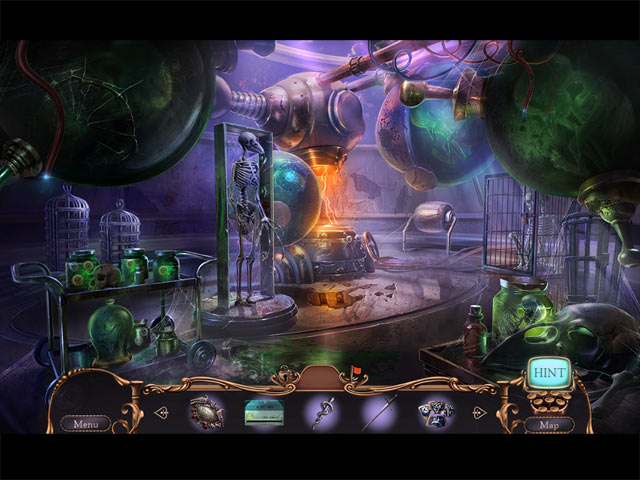 There are NO SPOILERS in this review, although my I had to slap my fingers a few times to keep them from adding them in. lol~

Options include Full-screen, auto Wide-screen, Custom Cursor and four separate audio sliders: Music, Effects, Voice and Cutscene.  There are three modes to choose from, plus a Custom difficulty, which has 12 adjustable settings!

This is the first of the Mystery Case Files games to be developed by Eipix Entertainment, so I was surprised to see some very familiar artwork on the Intro page.  Make no mistake, though!  They gave us just the right amount of the recognizable mixed with the new, combining it all into an environment that is both fresh and rife with memories of the past.

There is no live acting in this game, and to be honest, I prefer it that way.  I really enjoyed the voice acting in this installment, more than I have in most games of this genre!  The music and sound effects are - as you would hope and expect - very well done, adding nicely to the overall feeling of the game.

This is the fourth installment in the Ravenhearst storyline. One of the characters in this game was introduced in MCF 10: Fate's Carnival, and another in MCF 11: Dire Grove, Sacred Grove, both of which languish in my Big Fish backlog, and neither of which is currently available on Steam!  I really wish I had played them before jumping into Key to Ravenhearst, but I was able to grasp the gist of what was going on with these characters via context.

We have NO JOURNAL in this game! Instead we will be presented with journal pages periodically, in addition to the clues and letters that we find during the game.  Be sure to READ THESE journal pages before you click on them, or you'll completely miss the content.  There's no way to look at them again once you've clicked through them.  Early on in gameplay we're given a few, which gives us a great overview of the past three games.  They did a great job keeping these interesting and quick-to-read, so no worries about being overwhelmed with text (unlike this review!

Where we would usually have a journal, we instead have an "enigma" box.  This is how the main antagonist of the story communicates with us, and it functions as a fantastic way to progress the story.  As we play we will find the pieces needed for the puzzle box.  Once completed, the story progresses and we are given a new puzzle to solve.

Be on the lookout for collectible ravens as you play!  There's one to find on every scene, and you can tell whether you've found one at your current location by the raven indicator at the bottom middle of your task bar.  If eyes glow red, be filled with dread, for THEY are watching you~!

During our adventure we will - of course - find items to help us along the way.  These inventory items often need some kind of interaction, such as opening a box or combining two or more objects into something more functional.  These items will be indicated by a + sign unless you're playing on one of the harder difficulties.

We have an interactive (if you so choose), insta-transport MAP, but somehow everything was so well-balanced in the game that it didn't feel like we did a lot of to-ing and fro-ing!

Where do I start, there's so much to say!  First of all, be on the lookout for morphing items!  There is an indicator in your toolbar where you'd usually see your enigma box.

There is nothing standard about their find-by-list scenes. The ones that we have are highly-interactive, including anything from basic actions to actual zoom-in puzzles to complete.  We also have find-by-silhoutte scenes, which are entirely interactive, and may still have zoom-in puzzles, even though the entire scene is a kind of puzzle!

Ahh, the puzzles. *big satisfied smile* What a joy they were!  How often can you say that in a hidden object game?  There are a few "tried and true" mini-games along the way, but for the most part they were fun and inventive, and not just the same old thing.

You are going to have to write down a few things (not a lot) in order to solve a few of these puzzles, although the enigma box can have a couple of scribbles in it that will help.

We also have some of the beautiful "door puzzle"-like minis like we had in the earlier games.  The beauty of THESE puzzles, though, is the way that Eipix chose to handle them.  Not only can you Reset the whole thing if you want to start over, but by clicking the Info button, you can get a *hint* about portions of the mini... and if that specific portion is too hard for you (say you can't do the tracking or can't figure out the math), you can skip JUST THAT PORTION!  How beautiful is that?!  LOVE IT!

The extra chapter tells the story of how one of the major players in the story came to be involved with the Ravenhearst estate.  It feels completely different from the main game, as the atmosphere is so different, but there are still some startlingly-familiar locations to behold.  It's disconcerting on a whole different level, and this left me with mixed feelings on the this part of the game.

*The Souvenirs will be unlocked after you have completed the game and bonus, and are accessible via the Extras menu.  Click on a jar to be taken to one of the game locations.  The "souvenir" that you need to find will be pictured in the are where the enigma box was, and will almost always need some kind of interaction on the scene to become visible.

I was not sure what to expect since this game was done by a different developer, and besides, where could the story go after how things ended in Escape from Ravenhearst?  To say that I was pleasantly surprised would be an understatement... I am completely floored by how much I enjoyed Key to Ravenhearst.  I adored everything about it, from the story to the graphics to the disturbing moments of recognition to the spectacular ending.

You need to at LEAST play Return to Ravenhearst first to get full enjoyment out of this game, although I recommend playing them all, of course ;)  Although Fate's Carnival and Dire Grove, Sacred Grove are not yet available on Steam, buy this one now, play it now, and then replay it after those two are finally released.  It's just that good.  A fantastic addition to the Ravenhearst legacy.  I cannot express to you how much I loved this game!  Absolutely recommended!
_________________
Never be a prisoner of your past.
It was just a lesson, not a life sentence.