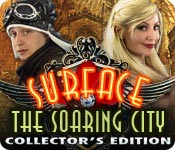 Search for your brother, Jeremy, in a beautiful world where the sky is as wide as your imagination in the Hidden Object Puzzle Adventure game, Surface: The Soaring City! Jeremy was a great inventor who discovered a magnificent land soaring in the sky.  He created wings for the people, making them free. The new citizens were happy...until one day Jeremy was kidnapped and blamed for conducting inhumane experiments. It's up to you to save your brother from imprisonment and redeem his good name.

Surface 3: The Soaring City (IHOG)
This is a standalone story

Your brother, inhumane?  It's just not possible!

Options include four sliders for sounds, a slider for brightness, Full-screen, Widescreen, Custom Cursor and Special Effects.  Choice of three difficulties, which can be changed at any time.

Your brother Jeremy is amazing... A prolific inventor and humanitarian whom you haven't seen in many years.  You pause in your travels to see the unveiling of his latest invention, which turns out to be a flying city!  Moments later, chaos reigns as winged people swarm the city and kidnap Jeremy right before your eyes.  It's not long before you learn that he's been accused of inhumane experiments, but why?  Rescue your brother and clear his name within the city that soars in the sky. 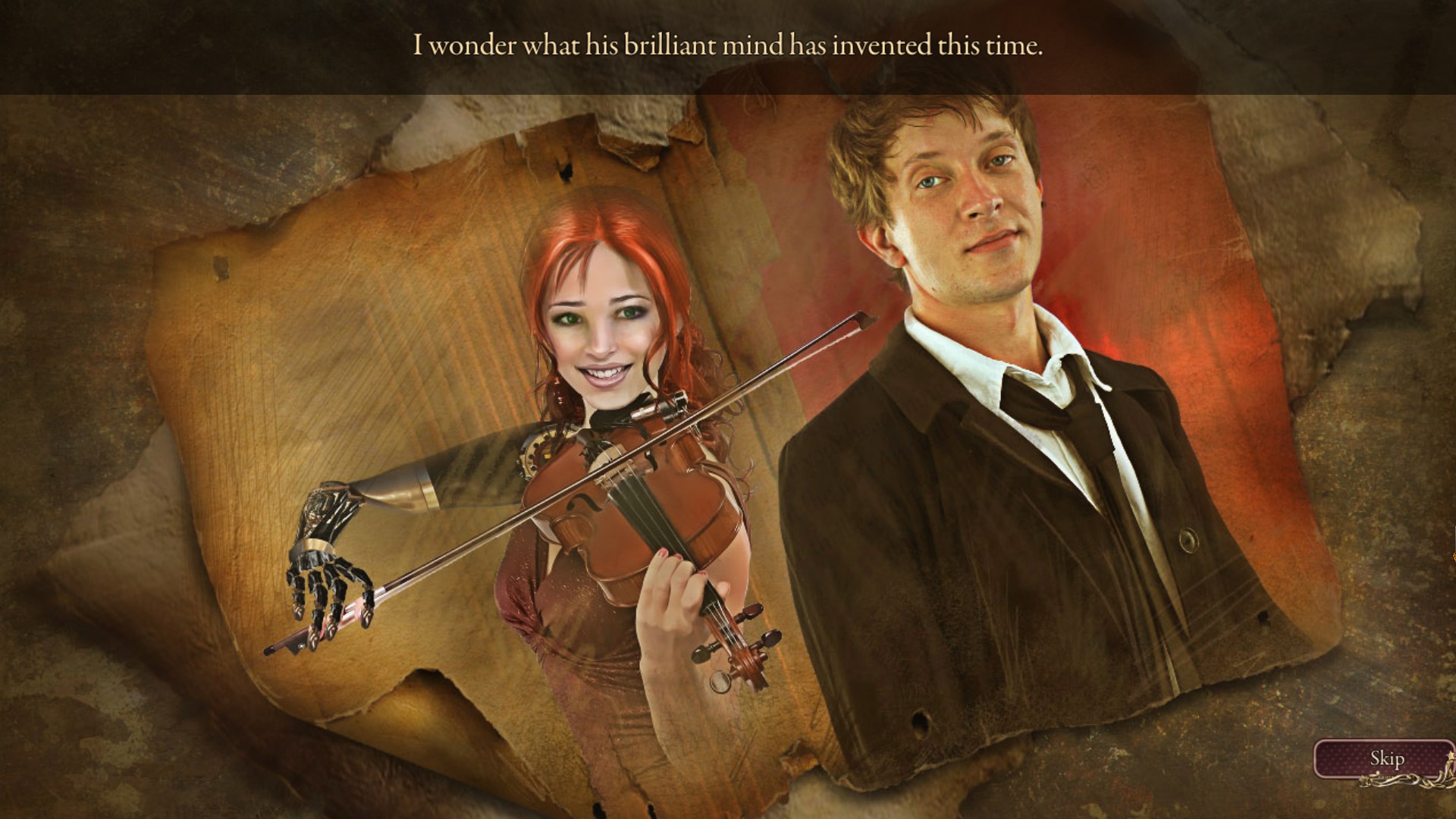 Our Journal contains snippets of story, and is combined with the game's map (more on that below).  Here you can also rewatch any or all of the game's many cutscenes.

In addition to the cutscenes, the story progresses through a variety of notes that we find as we explore.  There are a lot of them, but these letters are short enough that even people who don't like reading will have no problem getting the full story.

Be on the lookout for collectible flowers as you play.  There can be more than one at each location and on zoom-ins, but not on the HOS.  You will generally only have 5 to 6 locations open to you at any given time, and once you move on from that area, you will no longer be able to collect any flowers that you missed.

As mentioned above, the MAP also functions as your journal.  It can show areas where objectives have not yet been met, but it will be shown as active even if there's nothing you can do there at the moment.  The HINTS will give you a text response with exactly what you need to do, but if you can't spot a needed item on the scene, you're out of luck unless you look at the strategy guide (I had to do this a couple of times... These eyes are gettin' old, I tell ya!)

The Hidden Object Scenes are interactive, with items listed in yellow needing an extra step to find.  You also have access to your Inventory during HOS, and will often be required to use an item that you found somewhere else in a hidden object scene.  The game does a beautiful job explaining this, but you might not see the info if you don't have the tutorial active. 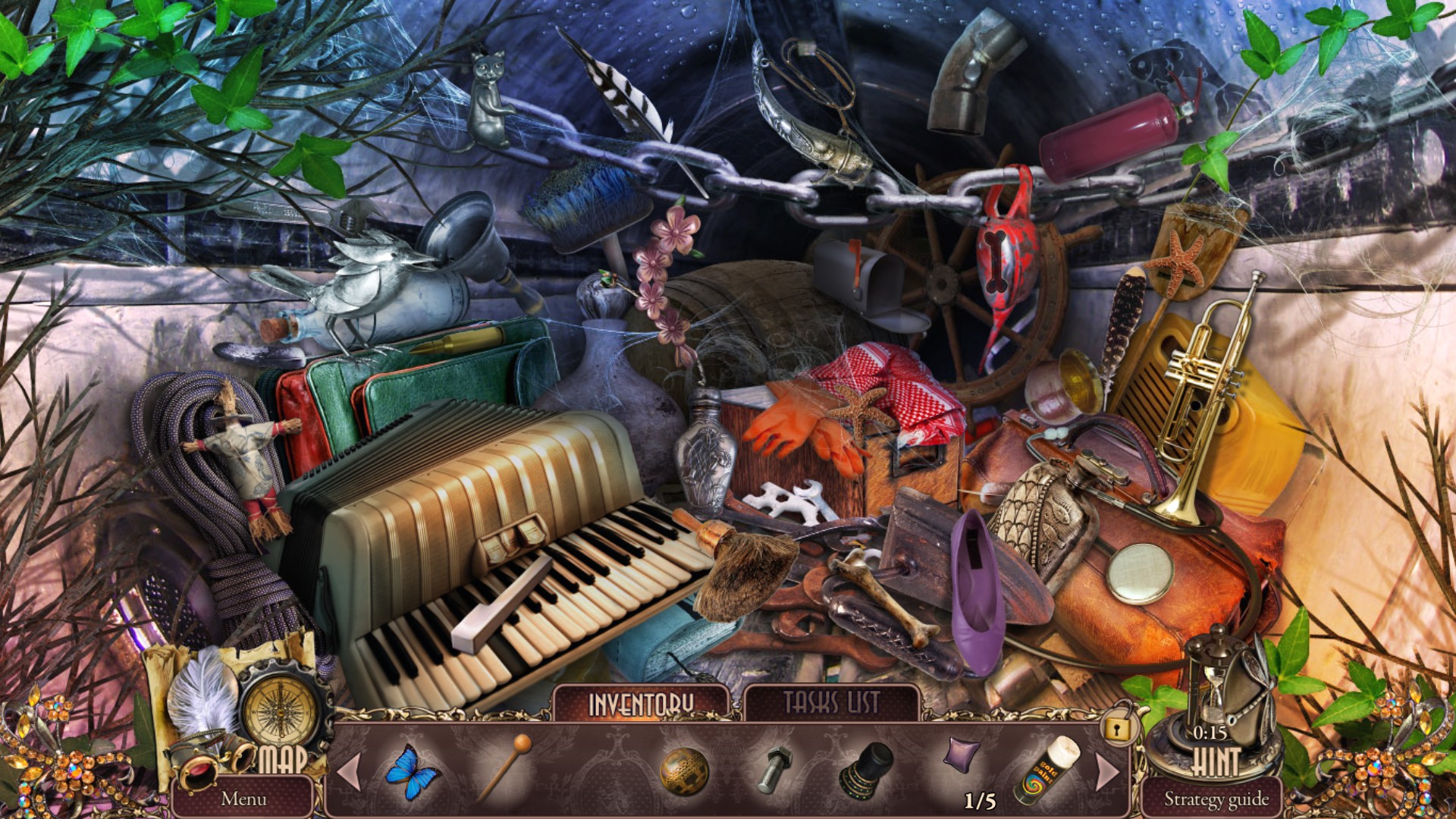 Mini-games were generally fun and do-able, and not just the same old same old.

We have live actors in this one, although they sometimes have a graphic effect (as in the picture above) to make them more part of the game.  I've mentioned before that I'm not fond of FMV, but I actually enjoyed the acting in this one.  I believe that the acting was filmed in another language, as NONE of the text/voiceovers synced up with the actors... and I still enjoyed it!

I found the early graphics unpleasant - I did not like them at ALL, and that made me not want to play.  I'm glad that I persevered, though, as I ended up really enjoying the game and some of the latter artwork, too!  I especially like the design of this character . <--click! 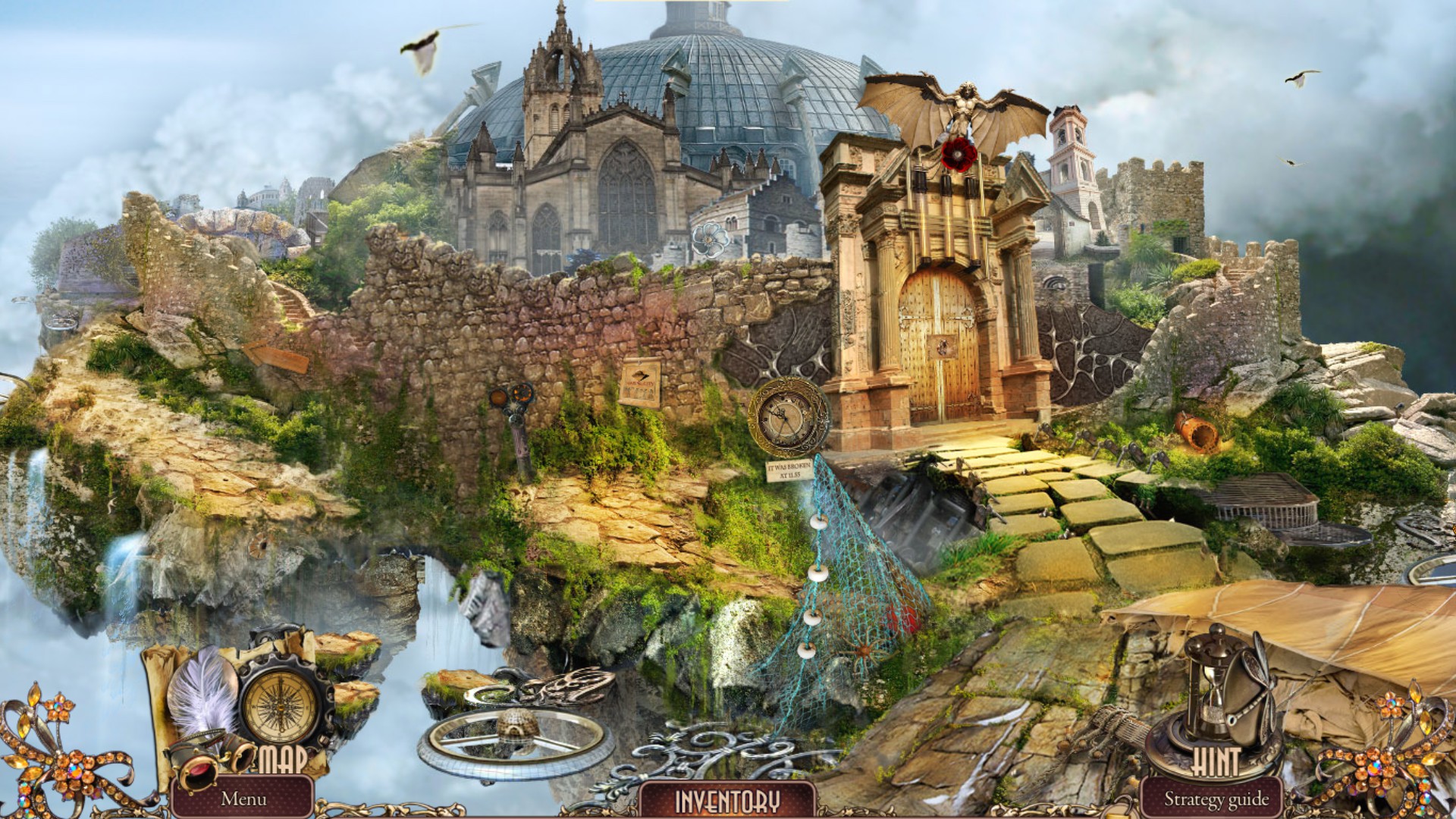 *The Philanthropist Area (accessible from the main menu) has three locations where you can "purchase" upgrades by using the flowers that you collected during gameplay.

There's a problem in the flying city, and your help has been requested.  You return to find it abandoned, your brother gone to try and solve it on his own.

The main story ended in a good place, and this felt like a true bonus chapter, not just a last-minute add-on.  Well done, devs!

This was an enjoyable game, clocking in at just over 5 hours for me.  The graphics that I didn't love were outweighed by fun, but challenging gameplay, nice music and a good story.  Recommended to IHOG fans!
_________________
Never be a prisoner of your past.
It was just a lesson, not a life sentence.

I remember really enjoying this Soaring City.   A couple of the others-not so much.
Sponsored content