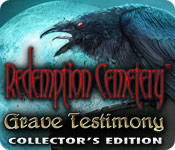 Escape a cursed island inhabited by lost souls in Redemption Cemetery: Grave Testimony! After a strange twist of fate, you find yourself stranded on an eerie island. As you search for a way to cross the treacherous waters, an otherworldly boatman appears and tells you the only way to return home alive is to help three of the poor spirits trapped on the island. Travel through history and right the wrongs of the past to earn your passage home in this thrilling Hidden Object adventure!

5 Stars To The Standard Edition

Having witnessed a gangland shooting, you are grabbed and knocked out. You come to and discover you are being buried alive in “Redemption Cemetery”. Escape is only possible by putting three lost souls to rest. We have a helpful raven to assist us, an ever-evolving figure in this series.

As you’d expect from ERS, you have the highest quality hand drawn graphics, good sound, and smooth gameplay.

There are two different types of HOs, list and the more complex silhouettes, where you must find one item before you can find another, until you finally get the inventory item you need. There are also dozens of tiny mini-games, rather than just a few hard ones.

I liked this addition. You must keep your mind flexible, because you are never too long at any one thing.

However, the game has none of the ‘bling’ usually expected of a CE game. No morphing objects or other collectibles, no achievements, even the raven is too solemn and silent to be a sidekick.

The bonus game lasted just over an hour for me, and I don’t play quickly. Despite its short length, it covers a lot of ground. A brand new quest, all new locations, all new HOs and puzzles. And it really was kinda fun.

Other than this we have the usual only. Strategy guide (not, in my opinion, needed), wallpapers, concept art, etc.

I can only give this content a three, there’s just too little for the extra dollars.

This a really great game and I highly recommend it – as a standard edition. I am sorry I bought the CE, much as I love the game.

You were just in the wrong place at the wrong time...

You witnessed something you shouldn't have seen, and you're going to pay for that with your life... At least that was the plan.  The odds were in your favor when they chose to try to off you on a cursed island, except that now you're stranded on that island with nothing but corpses and ghosts for company!  Help restless spirits find closure to earn your passage home, and try to right the wrongs of the past in the process. 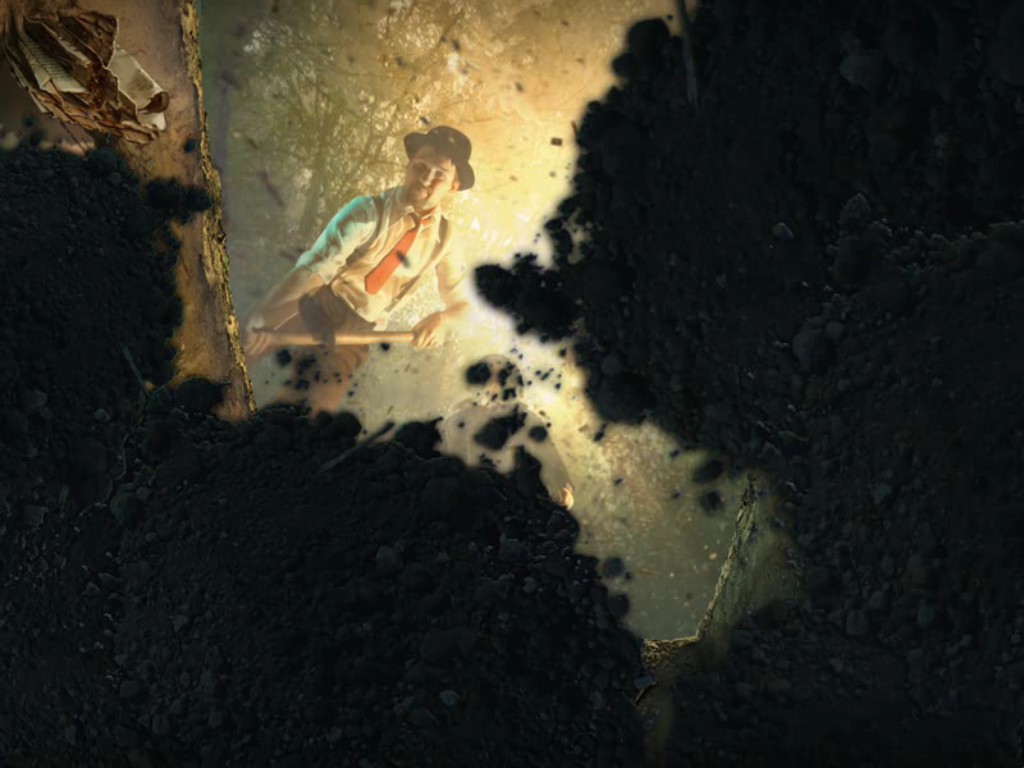 Our Journal tracks the story nicely, and we regularly find articles and letters that help to progress the story and fill in what's already happened.

In true Redemption Cemetery style, we have multiple storylines that we go through during the game, helping one spirit and then moving on to the next.  The three separate tales are nicely tied-together by the overworld (the haunted island), where we will stop briefly after helping each soul.

We have a helper, but we must find special runes to earn his aid, lest our request be met with stony silence.  It works well with the storyline, and the runes are a nice reminder that we have other avenues available to us.

Some inventory items can be combined, as indicated by a + sign.  Simply select one from your inventory and drop it on top of the other.

There is no MAP, but each story is limited to its own separate locations, so the backtracking isn't overdone. Using a HINT during the adventure portion will get you one of three things: Bats that pinpoint something at the current location, a message that you need to combine some inventory items, or a message that you should look elsewhere.  There is no directional hint.

There are two types of Hidden Object Scenes: Lightly-interactive to-find lists and find-by-silhouette puzzles that are highly-interactive.  Although the first few HOS are all by silhouette, I'd say that 65-70% of the scenes throughout the game are done via lists. 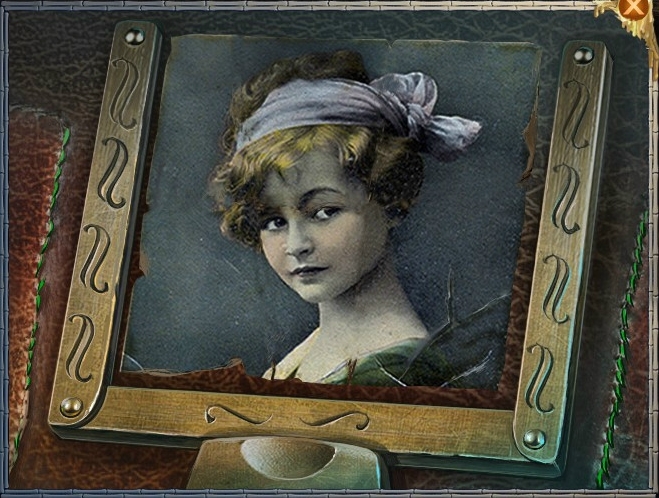 The puzzles in Grave Testimony are some of the easiest I've seen in a HOG.  I'm used to having a few easy mini-games, but this game has the same difficulty level throughout most of the game.  There are only a couple of minis that needed any thought at all.

The first thing I noticed was the live actors.  I never have been a fan of FMV, but at least they're (mostly) well-integrated into the background.  Acting is about what you'd expect from a casual game, but I really enjoyed one actor's performance in particular.

The graphics are really nice, and the different environments were a lot of fun to visit.  Musically, the soundtrack was well-suited to the environment, as were the SFX and ambients. 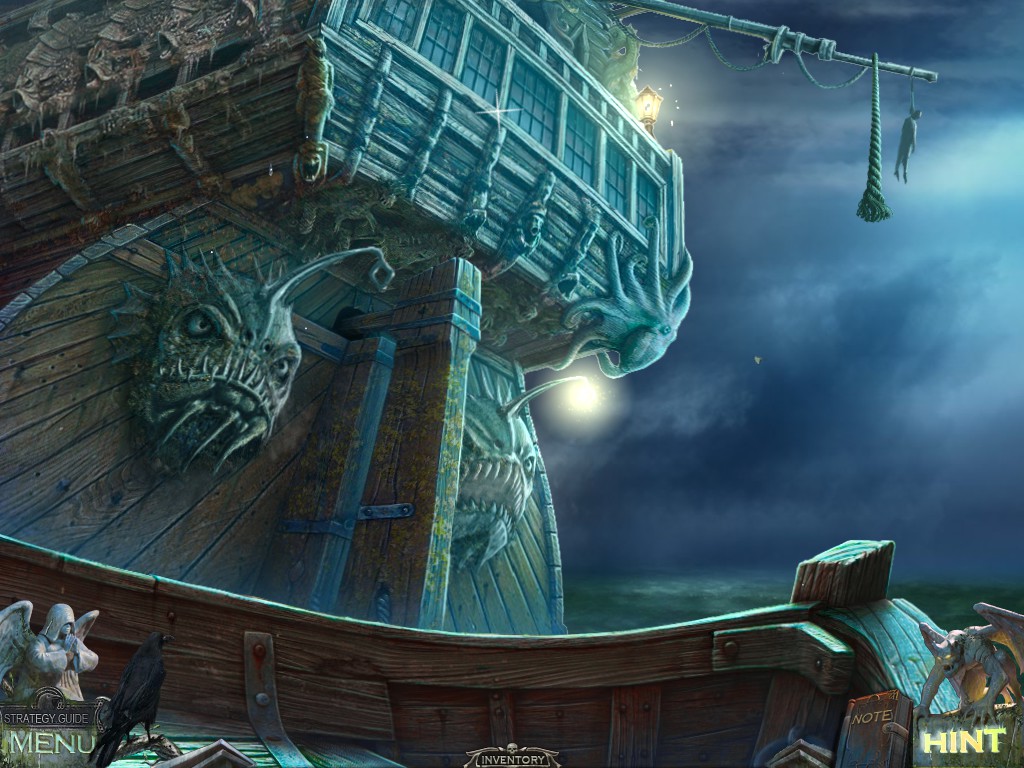 The main game ended pretty suddenly, and although it was an OK ending, the extra chapter's was much better.  Here we have one last soul to help before we return to normal civilization.

Gameplay is the same as in the standard portion of the game, but it seemed a little harder than the rest of the game... Or maybe I was just tired. lol~

There's nothing groundbreaking about the gameplay or stories, but I still really enjoyed this installment of the series.  The completely different themes were a lot of fun to explore, and having multiple storylines gives a great natural stopping-point when you have limited time to play.

I clocked in at about 4.5 hours of game time, and am very happy with the time spent playing this game (especially story #3 - it had the scariest sound effects, but I found it delightful!)  Recommended!
_________________
Never be a prisoner of your past.
It was just a lesson, not a life sentence.