There are so many items when you first start that it all seems
overwhelming... and you don't know what you should keep and what you
should sell, since you have no idea which items are worth more/rarer
than the rest.

Here is a list of the ones I know of:

I'm not sure about the Dust Bunny Cubi as I did not get one. What I got was the "Dusty Stick". "Unleash" the Stick and the Dust Bunny appears and runs back and forth cleaning. When he disappears he leaves behind "Fibres" or "Fibers" (they changed the spelling - lol!) which come from the tails of Foxes. The Dusty Stick was given only to the victims of the Cabinet Bug. During Beta I had several cubis including Gwendolyn, Yeti, The Rube, Greeterbot and I was thrilled to have been given the Sno Cone vendor by one of the original Devs who I met by accident in the deeps of Ilmenski Caverns. sadly, we lost all our cubis at Reset at the end of August 2011. 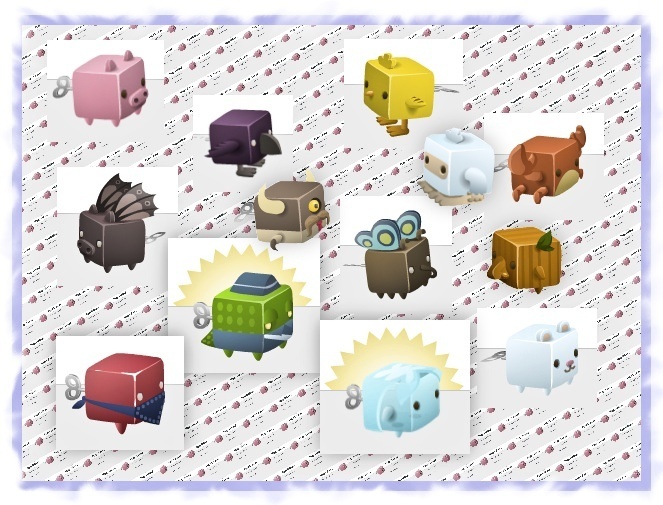 » to those moaning about lock down
by orphaned Today at 5:36 pm