Gems of War (Free to Play)

Gems of War (Free to Play)

Welcome to Gems of Wars, the newest Puzzle-RPG hybrid from the creators of Puzzle Quest, the original Match 3 RPG!

THE FANS HAVE SPOKEN 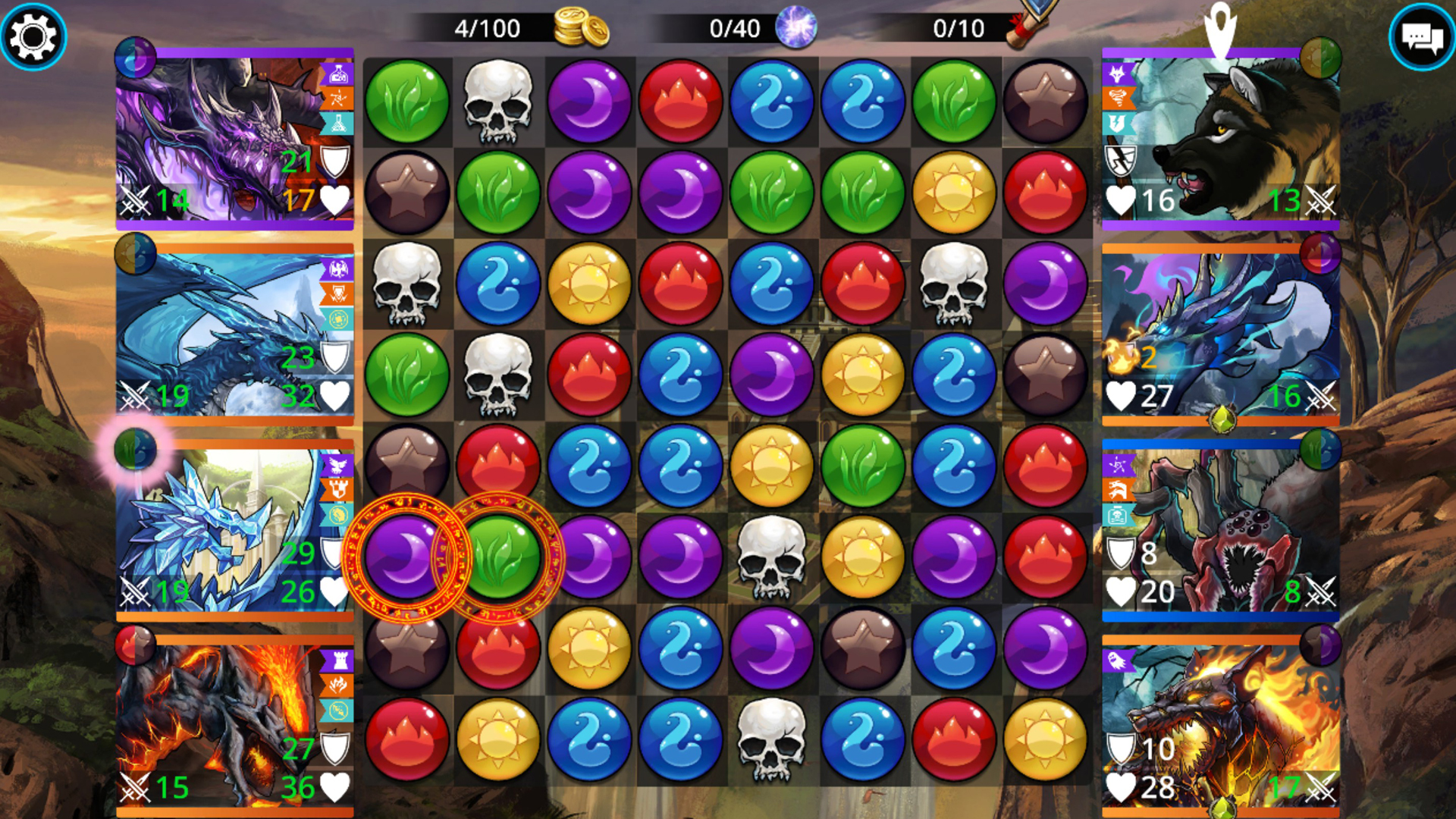 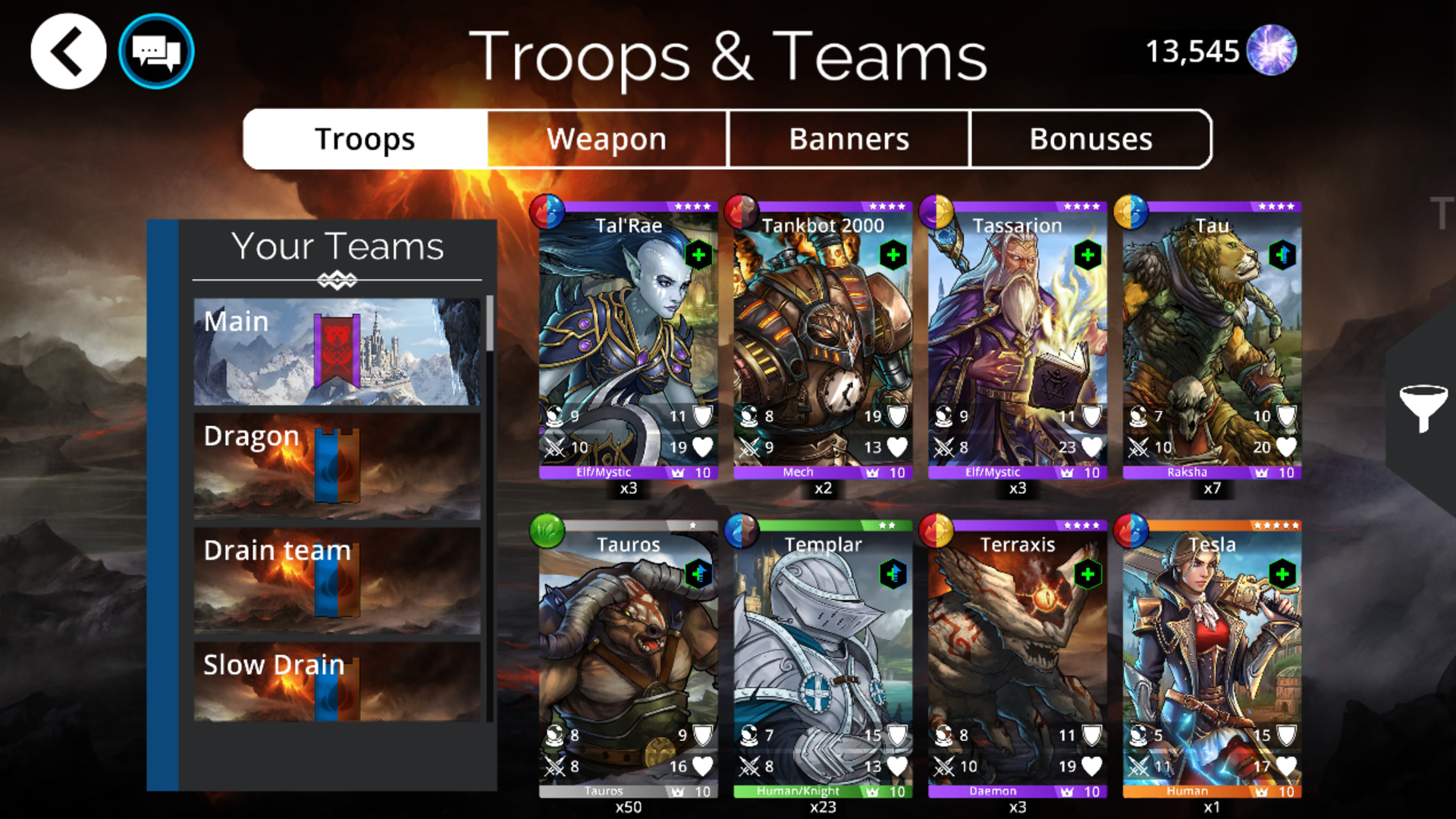 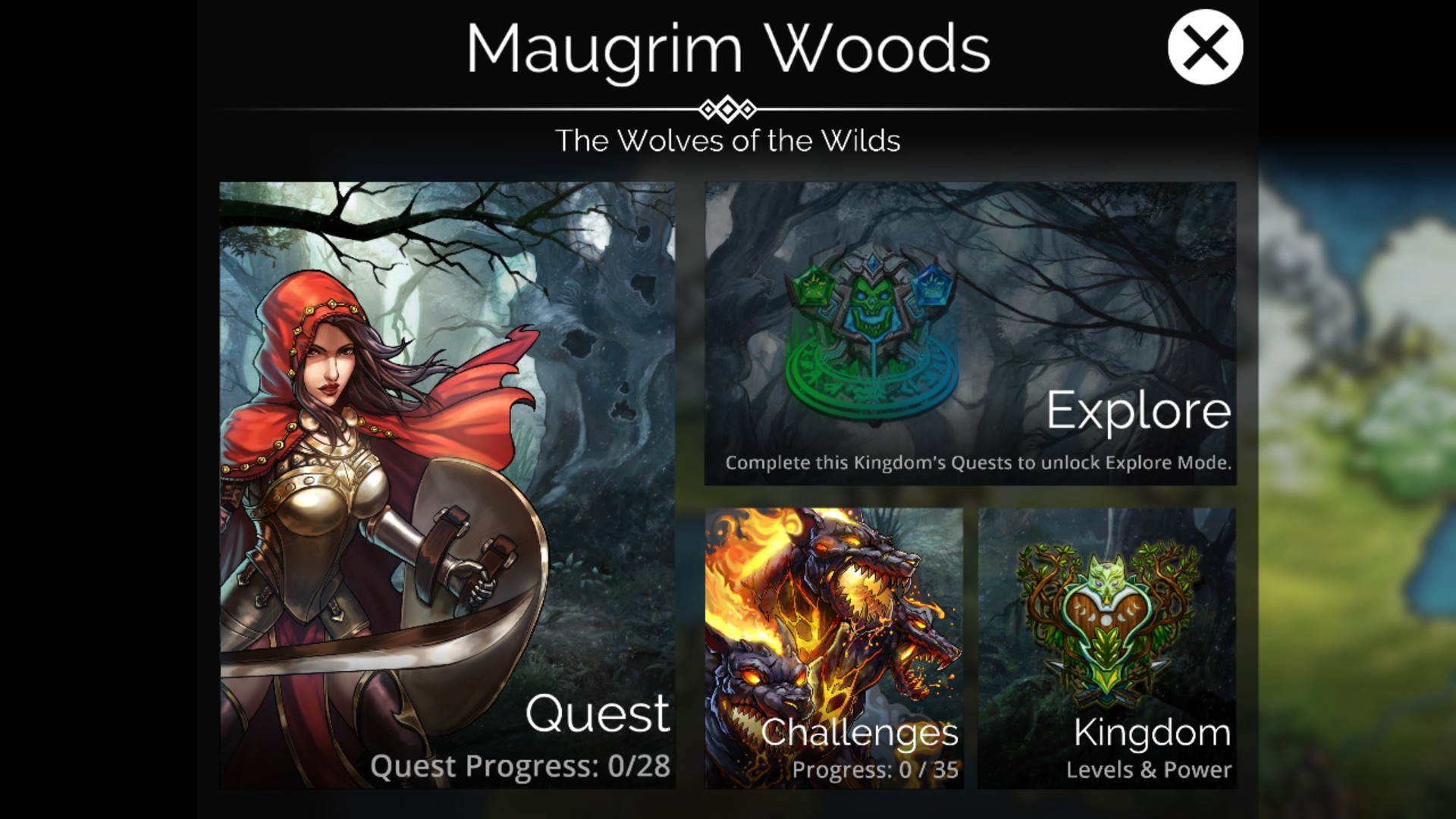 For anyone wondering where I've disappeared to, this is it.  I'm completely obsessed, so every chance I get to sit at the computer, this is what I'm doing.  Puzzle Quest was fantastic, so if you're a fan of that game, I totally recommend checking this out.  There's SO MUCH to do to keep you interested!

I do NOT recommend buying the DLC at Steam.  If you want to support the devs and/or have something you really want in-game, get it directly through the game.  If you have Steam, it's absolutely painless.

I promise that I'll write a review at some point, just super-busy with real life... and playing this game!

If Puzzle Quest and Runespell Overture -- both highly-addictive -- had a love child, I imagine that this game would be the outcome.  TL;DR at the end under Verdict.

There are separate tabs for Options, and include separate sliders for Music and SFX, Speed (default 1.5x -- I keep mine at 4x), Hints and more.  Under the Graphics tab you'll find a place where you can turn off the holiday themes (such as clown skulls for international clown day or pumpkin skulls for Halloween).

NOTE: If your game looks wonky and is flickering, etc., make sure that there's nothing sitting on your controller. ;)

Story: Let's face it, Gems of War is not about the story.  Each kingdom that you explore has a storyline, and these range from amusing to exasperating (looking at you Princess Elspeth!) -- some are even interesting -- but the stories never were meant to be the driving focus of the experience.  It's all about the...

The basics of the are simple:  Match gems to gather mana in order to cast spells, and match skulls to do a direct attack on your enemies.  Gameplay is entirely turn-based.  You take a turn, your opponent takes a turn.  Nowhere in the game will you be required to have quick reflexes. 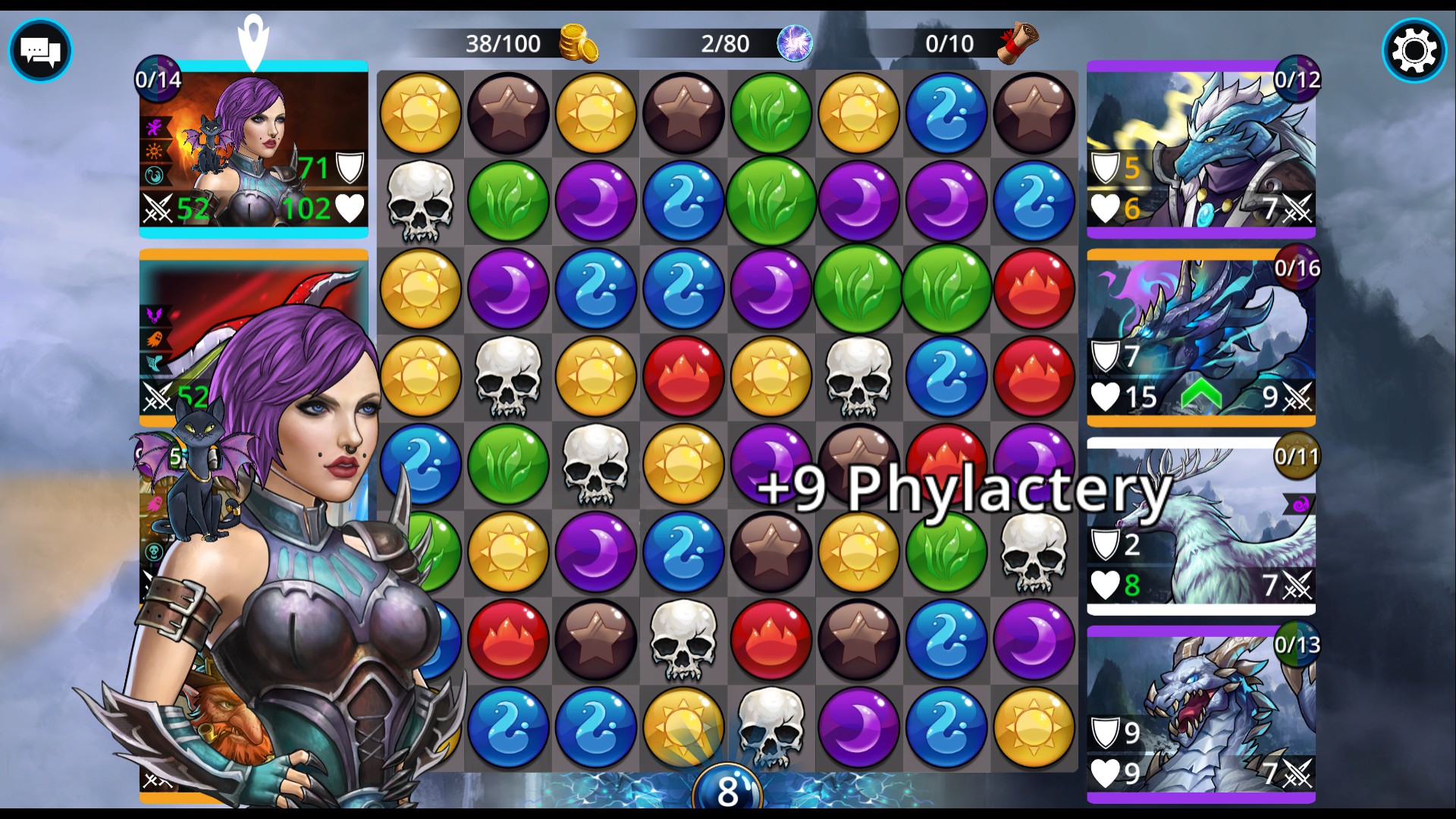 The game starts off with a very good tutorial that will teach you what you need to know in the beginning.  At this point it's very linear, but after you finish the story in the first kingdom, you'll have a bit more freedom.  At this point you can choose which kingdom to unlock next, or you can do one of the following in your completed kingdom(s):

There are multiple benefits to unlocking kingdoms:

You MUST be connected to the internet to play this game.  There are multiple reasons for this, the primary of which is the fact that there are constant updates and new events almost every day.

A new troop-of-the-week is released every Monday.  This troop can be obtained via chests or from the shop in the Weekly Event tab (purchase with glory).

The first Friday of every month a new Mythic releases.  Let me explain:

Troop rarity is indicated by the color of the border on each card in the following order:  White, Green, Blue, Purple, Orange, Turquoise, with white being common and Turquoise being a mythic quality (and the hardest to get from chests).  Don't worry, there are stars at the top of the cards that show you how rare they are.  The more stars that are colored in, the rarer the card.

Every 5 weeks we get a new faction to play in, which you'll find in...

As you get close to completing all of the kingdoms in Krystara (our main map), you'll be able to unlock the underworld.  There you will find factions, each having its own mini-story.  Once you complete the storyline, you'll be able to do a delve at the site. 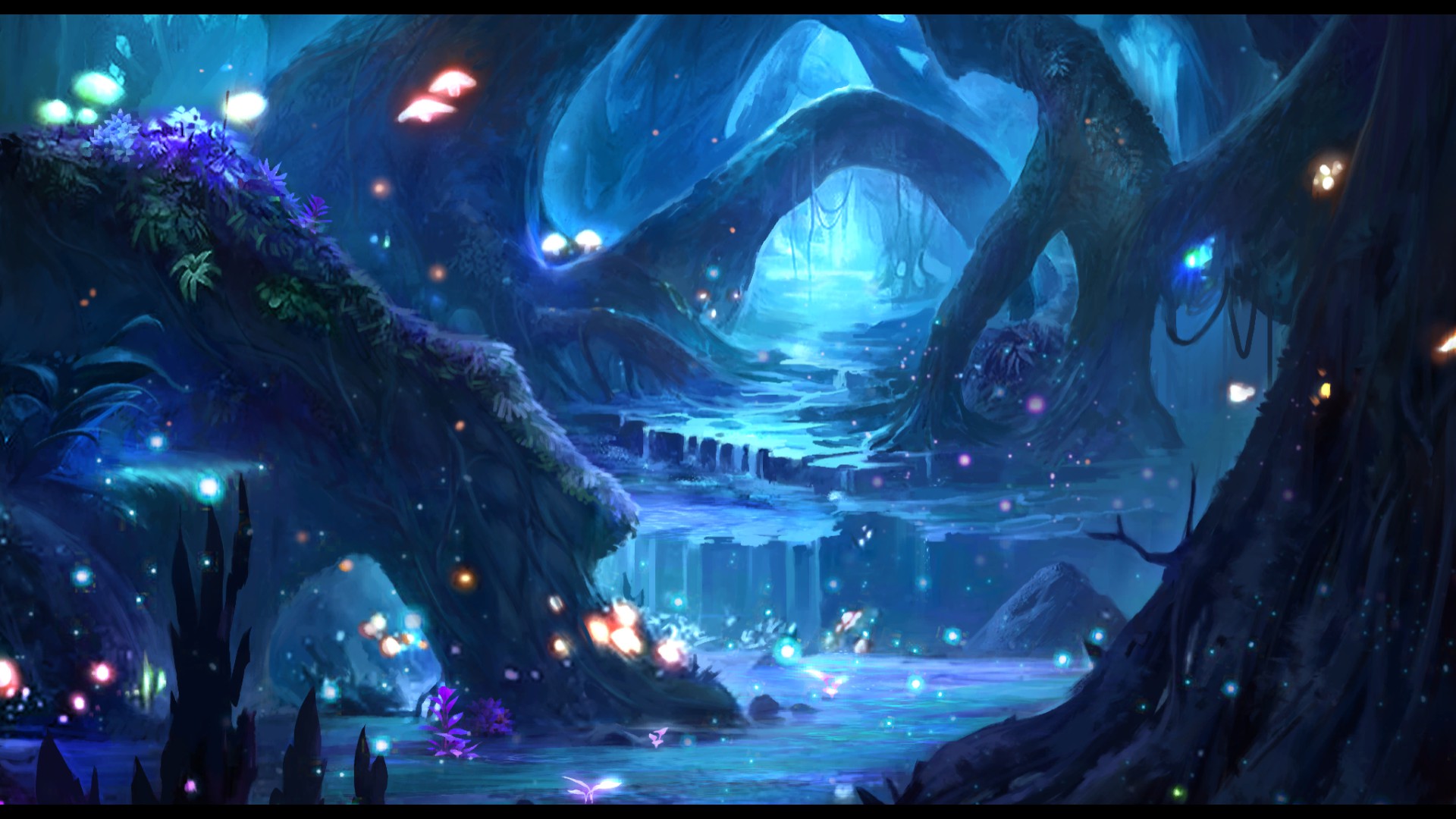 Delving is a different kind of gameplay than what you've experienced thus far.  You'll still be fighting battles, but this time in a series of 9 rooms -- each with its own rewards -- culminating in a chest of rewards when you either lose your whole team or complete the delve by finishing the boss room.

Your team persists from room-to-room!  It cannot be changed, and if you lose a troop, it's gone for the rest of the delve.  This is a love-it or hate-it type of gameplay, and while it make me really anxious at first, once I obtained some reliably-good troops, I really started to enjoy them!

Upgrading your kingdoms and factions:

Oh my... This is one of the confusing parts of the game.

When you upgrade your kingdoms, there are two levels: Power level and Star level, each of which costs different resources, and each giving you their own bonuses.

Upgrading factions also has two levels: Hoard level and hoard quality.  The basic level increases your stats whilst you're in the delve (bonuses to Magic, Armor, Life, etc), whilst the quality will increase how much good stuff you get from the chest at the end of the delve.  Each faction has to be upgraded separately.

Do you HAVE to be social in this game?  Do you HAVE to join a guild?  No, absolutely not, but you'll get SO much more out of it if you do.  I like to play solo.  It's just how I roll, so I didn't look at chat or join a guild until I'd completed over half of the kingdoms.

You're going to have questions at some point, and the best and fastest way to get answers is to ask your fellow players, so at least head into global chat.  There are multiple channels in there, so if you don't like one you're in, join a different one!  Chat is on the left side of the screen, and is easily-accessible via most of the screens in the game, including battles.

JOIN A GUILD!  If you don't want to talk to anyone and don't want to have requirements, there are guilds out there for you, and you can still get some of the basic rewards, just join one that is the highest level possible so that you can have better stat boosts.

If you really like this game and want to play it daily, join an active guild.

The benefits of joining a guild: 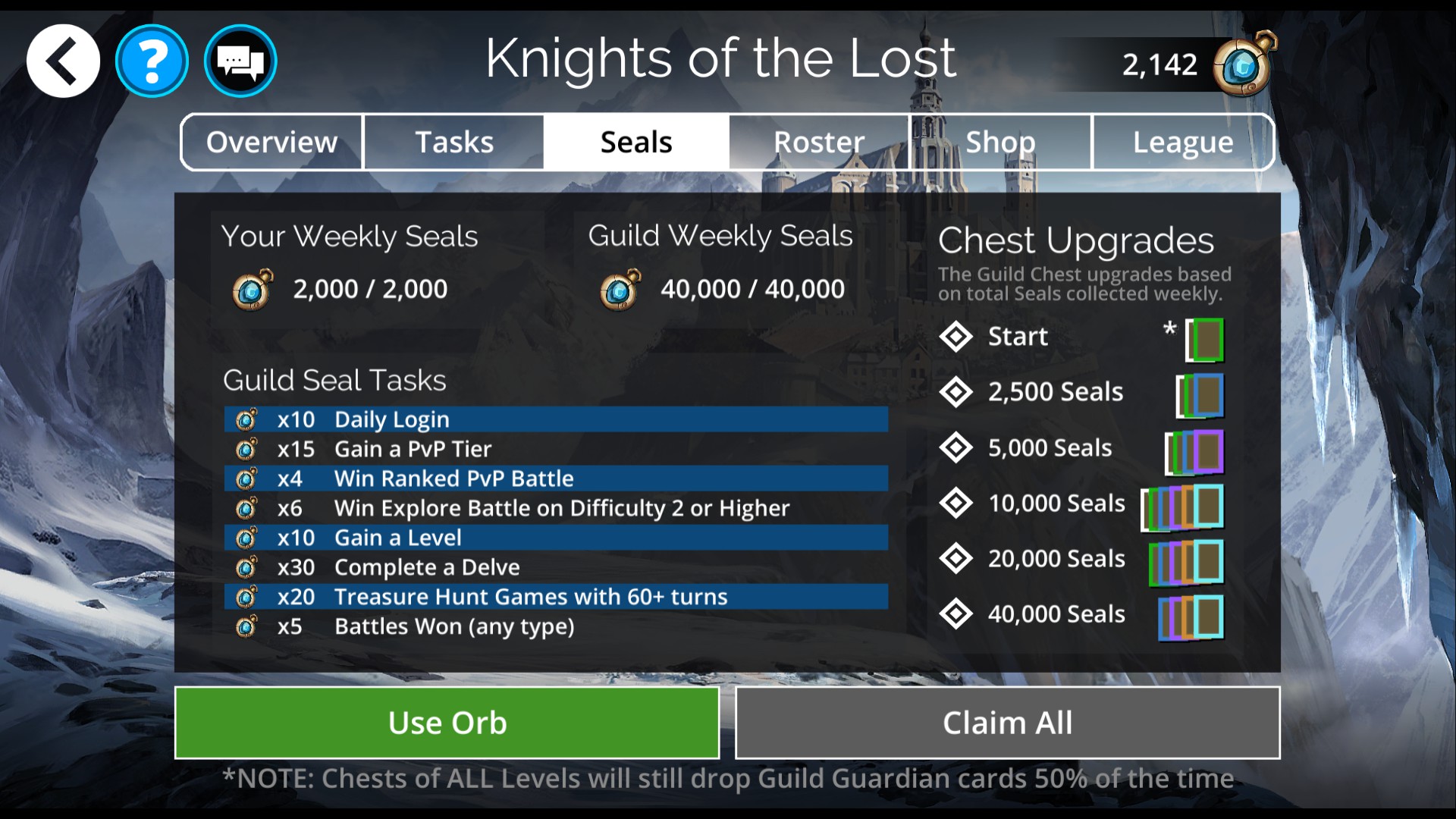 Earning seals is easy -- Just play the game!  An active guild will require you to collect your seals every day or two 'til you hit your minimum-required for the guild or the game limit of 2000.  The reason for this is the number under Guild Weekly Seals.  When you hit 40,000/40,000, your guild chests will raise to level 6, which will get you the highest possible quality out of those seals.  You'll get some of the best troops in the game from those chests, which is why an active guild is recommended!

NOTE: Use guild seals in the Chests area

Glory and shards and keys, oh my!

So many resources to keep track of!

PvP:
Do you have to do PvP?  Nope, but it's a great way to see some interesting troop combinations, and trust me, it's not as painful as you think ;)

When you go into PvP, you will be attacking others' defense teams, and the AI handles their side of the battle.  To set up your own team for others to attack, simply click on the Defenders tab and put one of your teams in there.  You'll be alerted of wins and losses, and can play revenge battles that will earn you some nice bonuses.

If you aren't interested in (or are intimidated by) the leaderboard, just switch to the Casual tab and no one will ever know you were there ;D

Wait... All of this is free-to-play?  Why yes it is!  You can play this game every day of your life and never pay a penny.  There are of course things that you can buy that will help you along the way and/or make your progression faster, but I don't feel like these things give an unfair advantage.  Everything available for purchase is something that you can earn yourself eventually.

This is a highly-addictive battle match-3 game with card collecting (troops) and some RPG aspects (upgrading your classes, kingdoms, troops, etc).  Beware, oh ye of OCD, for your playing of other games ends here!  Gems of War has a surprising depth to it that keeps me coming back day after day, a great community, and above all else, FUN!
_________________
Never be a prisoner of your past.
It was just a lesson, not a life sentence.