DARQ tells the story of Lloyd, a boy who becomes aware of the fact that he is dreaming. To Lloyd's misfortune, the dream quickly turns into a nightmare and all attempts to wake up end in failure. While exploring the darkest corners of his subconscious, Lloyd learns how to survive the nightmare by bending the laws of physics and manipulating the fluid fabric of the dream world.

Apart from gravity-defying puzzles, Lloyd will have to use stealth when nearby enemies. He has no chance of winning in an open confrontation, since the creatures he will encounter are much more powerful and faster than him. Instead, he has to rely on careful planning to avoid getting detected.

The developers describe the content like this:
This game may contain content not appropriate for all ages, or may not be appropriate for viewing at work: Some Violence, General Mature Content.
_________________
Never be a prisoner of your past.
It was just a lesson, not a life sentence.

Thank You For Your Support & Surprise Announcement

Thank you!
The amount of support DARQ has received from the community has been incredible. I didn't expect my blog post (Why I turned down exclusivity deal from the Epic Store[medium.com]) to result in so much good will and support. Please know that I don't take any of it for granted and I'm truly grateful. Unfold Games will always be on the side of its customers.

Upcoming Patch
We've been working on a patch that will add support for more controllers and fix a few bugs. Big Thank You to the community for providing feedback and reporting issues, as well as your patience - the patch should be out in a few days.

Surprise Announcement
The feedback we've received has been overwhelmingly positive, which is a dream come true for a first-time developer. Something that has been mentioned quite a lot since the launch is that DARQ could use a few extra levels. Message received! I'm excited to announce that we're planning to release additional levels for DARQ later this year. To acknowledge all the support we've received from the community and express our grattitude, DARQ DLC's will be available for free.
_________________
Never be a prisoner of your past.
It was just a lesson, not a life sentence.

Options include separate sliders for brightness and sound, desktop resolution, graphic quality and choice of controller or keyboard control.

Lloyd is trapped in the land of nightmares!  Help him manipulate the fabric of his dreams to find a way to wake up... if you can survive that long.

DARQ is a side-scrolling puzzle-platformer... Or is it?  The controls are simple:  Walk, run, sneak, interact/use inventory, "wall walk".  There is no tutorial, but for this game that is appropriate.  Figuring out how to manipulate the environment is what DARQ is all about, after all.  Because of this, I don't want to give too much information, so I'll try to only give you a taste of what you can do.

First of all, this is NOT a platformer.  There is no jump button, no falling and failing and collecting of baubles.  There *is* a collectible on each of the (currently six) levels, however.  Collect them all to get 100% of the Steam achievements.

What we have here is a logic puzzler that requires you to defy physics to progress... After all, this IS the land of dreams.  It doesn't take long to figure out how to move around and take control of the environment, but there are times during the game where you'll have to memorize where things are so that you can move fast enough to complete certain tasks.  It is not the primary thrust of the game, but you will not be able to complete the game without some quick movement.

Running isn't always the answer, and indeed, it can spell Lloyd's demise.  There is a fair amount of stealth involved, so choose your actions wisely.

In addition to figuring out how to complete each level, you'll find that there are some scattered mini-games that you'll need to complete.  Nothing too mind-bending, just a nice additional layer to the puzzle-solving nature of the game. 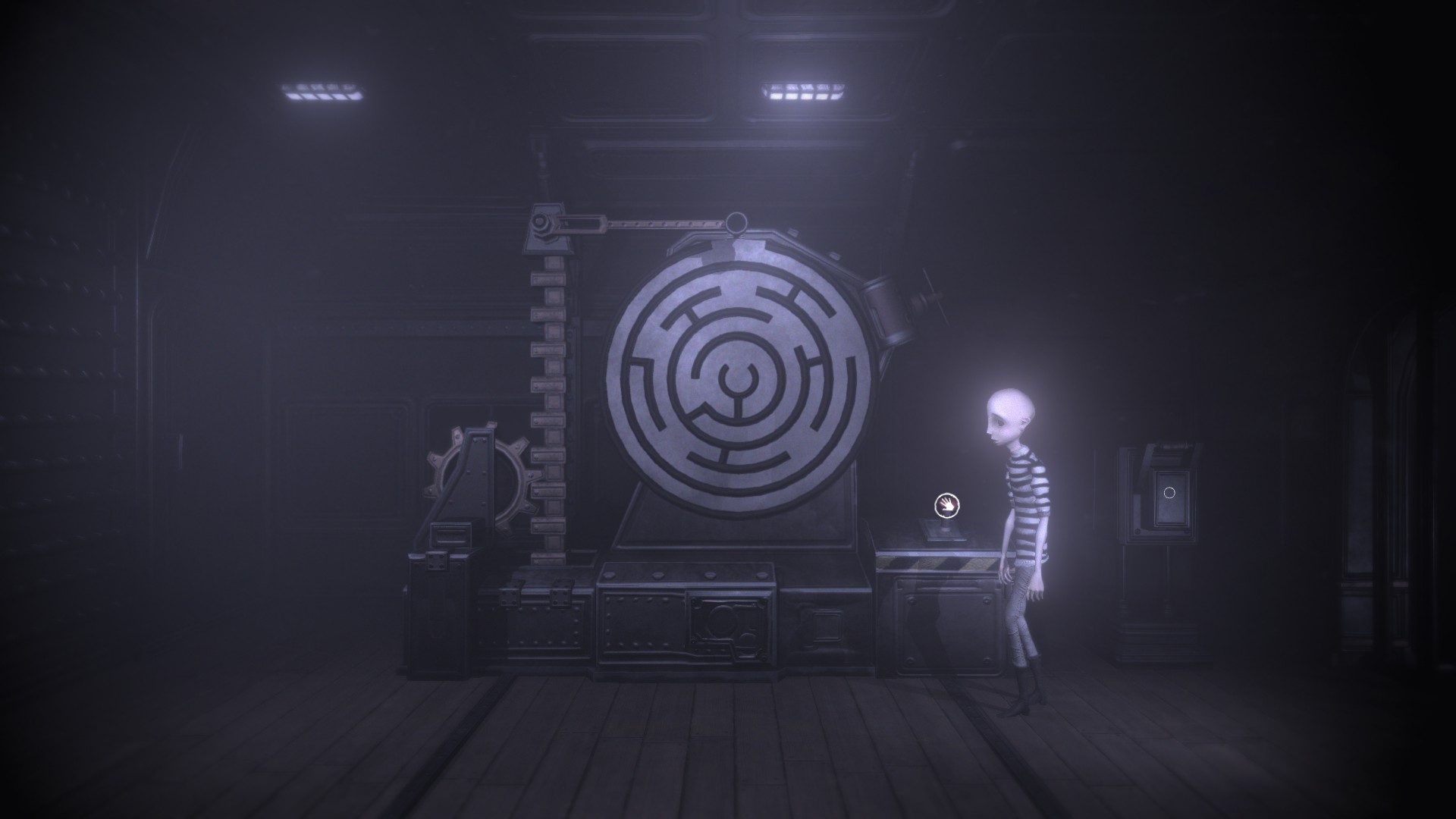 I've seen the game compared to several famous titles, including LIMBO and Little Nightmares.  Having played both of these, I can safely say that yes, the environment is similar, but the overall feeling of DARQ is quite different than both, especially when you take the gameplay into account.

There is no music until the ending credits - It's just you and the environmental sfx.

Although it may not seem like it at first, the deeper you delve into the game, the creepier it becomes, and I loved that aspect of it.  It's a psychological horror for sure, so if you're easily-scared, you might have trouble with this one! 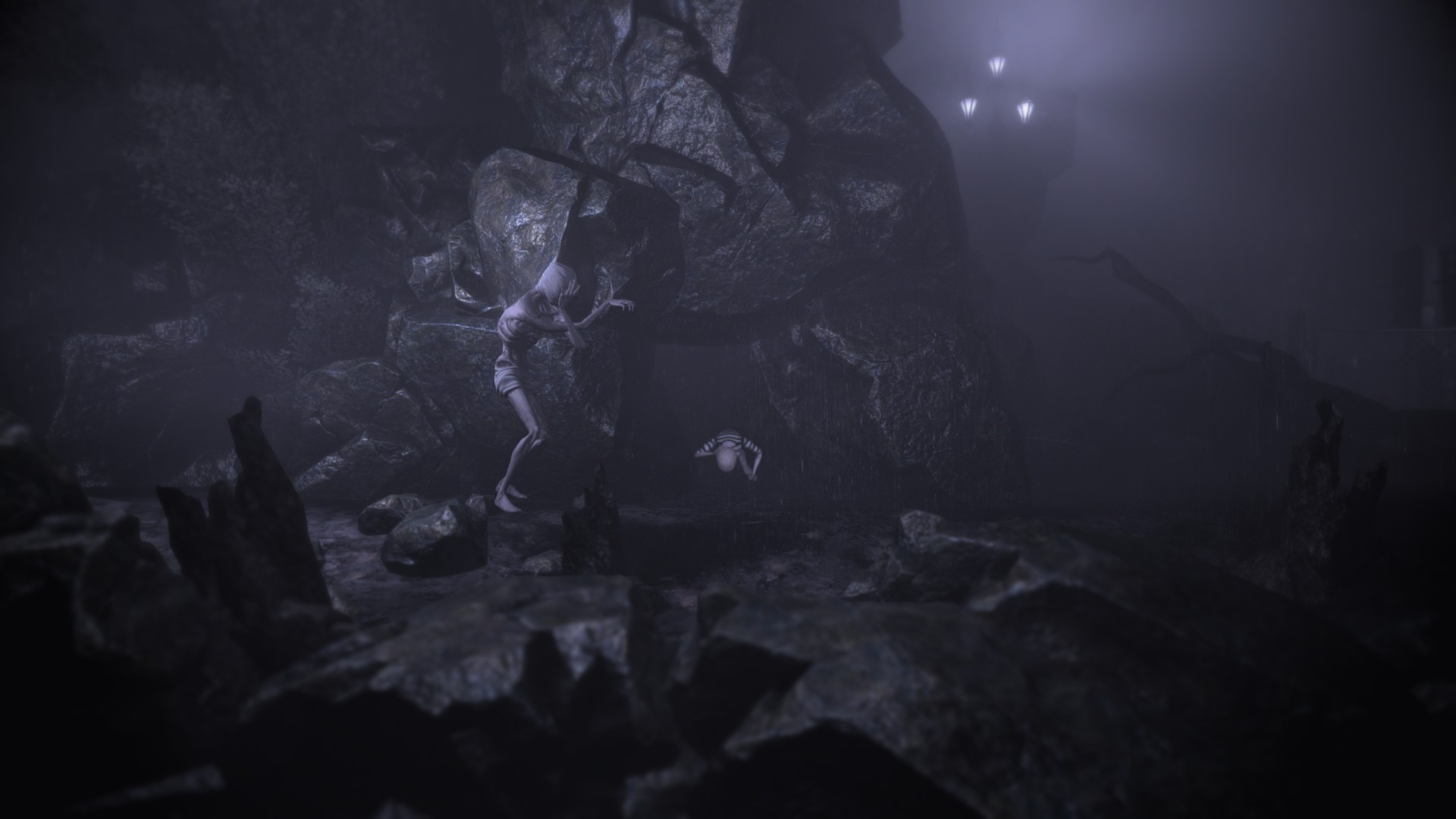 DARQ is a short game, but more levels are planned, and this planned DLC will be released for FREE.  I really enjoyed the atmosphere and surprising puzzle-gameplay, and must say that I am very impressed with this developer's first release!  Bravo, Unfold!  I hope that you have a long career ahead of you!
_________________
Never be a prisoner of your past.
It was just a lesson, not a life sentence.