It's been a while since I've done one of these, but I'm feeling moved to do so today.

I also admit that I rarely follow a recipe directly as written. This is not one of those times either!

However, my tweaks are minimal and a result of pure laziness.

Original recipe link since I like to give credit where credit is due: Low Carb Antipasto Tacos

My tweaks are as follows:

*I put the ham layer on the outside since my salami was a bit too thinly sliced. Tragic, I know, but we do what we must.

*I did not buy an entire head of lettuce and shred it up for two tiny tacos. Ain't nobody got time for that. I bought a pre-made individual salad and picked a few sprigs of salad-y looking stuff to go in my taco.

*Since it was just for me, I put the dressing ingredients into a tiny jar with a lid, shook it up, and stored the leftover dressing in the aforementioned jar in my fridge for use the next time I felt a taco craving.

Beyond making the dressing, which is just a simple 2:1 oil and vinegar ratio, this was mostly just assembling the collected cast of players. Easy peasy! 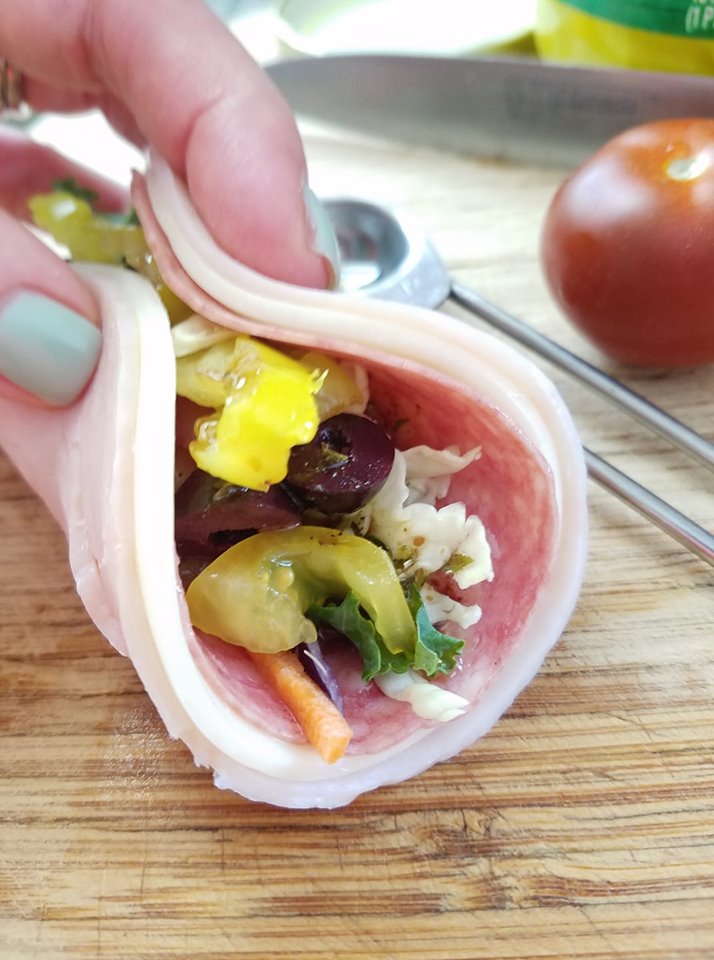