Set in a creepy amusement park hiding a dark and sinister secret, The Park is a one to two hour long first-person psychological horror experience focusing on intense storytelling and exploration instead of combat and action.

A day at the park... a lost teddy bear... a missing child. As the sun sets over Atlantic Island Park, you must explore its dilapidated rides in search of your son, Callum. As darkness falls, you will experience panic and paranoia through a narrative written by a team of award winning storytellers.

Amusement parks are happy places, filled with the joys of childhood and the exhilarating rush of fantastic rides to be dared. That was the vision of eccentric business man Nathaniel Winter when he opened the doors to Atlantic Island Park in 1977.

Unfortunately, the park's history turned out to be one plagued by tragedy and drama. Its freak accidents, grotesque killings and ghostly hauntings have inspired many a sensational headline, and locals worry the park is far from done claiming innocent lives.

For Lorraine, it's where her worst nightmare began.

WARNING: This experience deals with subject matter that might prove emotionally distressing to some. Player discretion is advised.

BONUS: The Park is inspired by a setting within the modern-day myths and mysteries MMO The Secret World. This copy of The Park includes unique in-game items that can be applied to one The Secret World account; the Killer Chipmunk outfit and three powerful, legendary talismans. 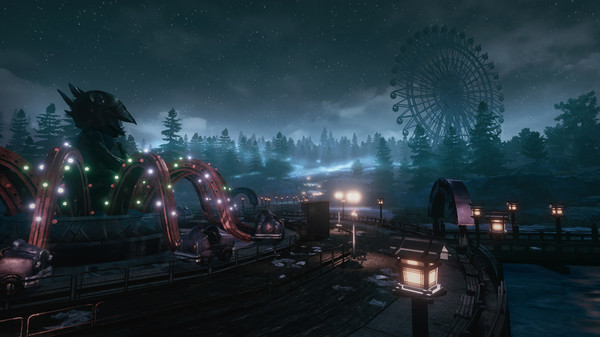 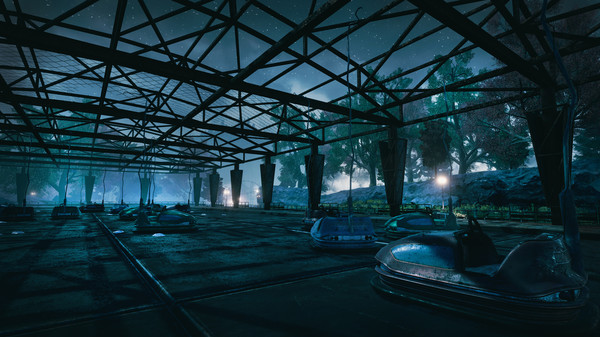 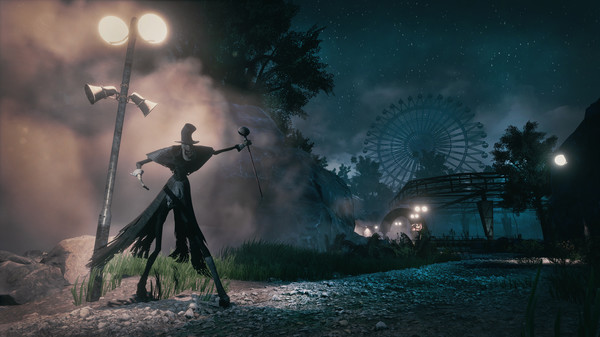 Options include Full-screen, 'Windowed(Fullscreen)' (still full-screen, but you can Alt-tab out), Subtitles (NOT the default), Resolution up to 1920x1080, Display Quality ('Auto' seemed blurry to me, but 'Ultra' was nice and crisp), etc.

The Park is a first-person game of exploration and discovery... one which starts off as a walking sim, and which turns into a true psychological horror.

Initially the game consists walking around (you CAN run), getting on the rides, and discovering the story via paper clippings that you'll find as you explore.  Some of these are really hard to read (print too small!), whilst others I had no problem with.  You'll have one item added to your inventory, which will be used automatically when the time comes.

I was disappointed during these early parts of the game.  It was mildly interesting, and getting on the rides was different and enjoyable, but I did consider quitting.  I'm glad that I decided to finish it, as things really picked up later.

The second half of the game is where you turn the corner to something much more interesting.  Dark and disturbing and full of discoveries.  I can't say much without giving spoilers, but I will say that you need to examine items carefully, and sometimes more than once.

There are a couple of jump-scares in there, but the horror element lies heavily on the psychological side of the scale.

There are a few F-bombs in there, so be aware of that.

Items for you to interact with are sometimes fiddly, though that may be because I was using a controller.

14 achievements (I missed three, so they're not just "play the game normally to get all of the achievements")

Recommended for those whom are interested by what I've described above, though you should definitely wait for a sale.  Absolutely NOT for children!
_________________
Never be a prisoner of your past.
It was just a lesson, not a life sentence.