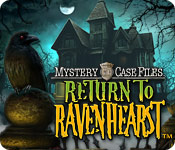 Emma`s soul is free. But her ghost has delivered a dire warning: evil  still lurks in Ravenhearst Manor. Big Fish Games Studios takes you deep inside the cursed estate in Mystery Case Files: Return to Ravenhearst, the thrilling sequel. Experience Ravenhearst`s spectral halls as never before with new immersive adventure-style gameplay and an epic original  soundtrack. Feel the floorboards creak as you move from room to room  solving puzzles and seeking out clues in over 150 detailed scenes. 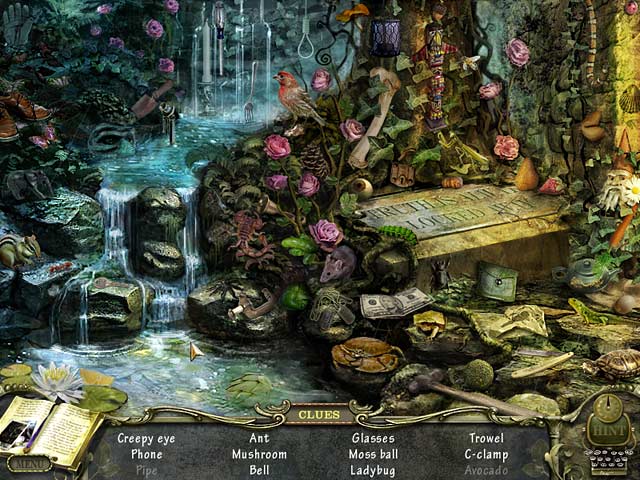 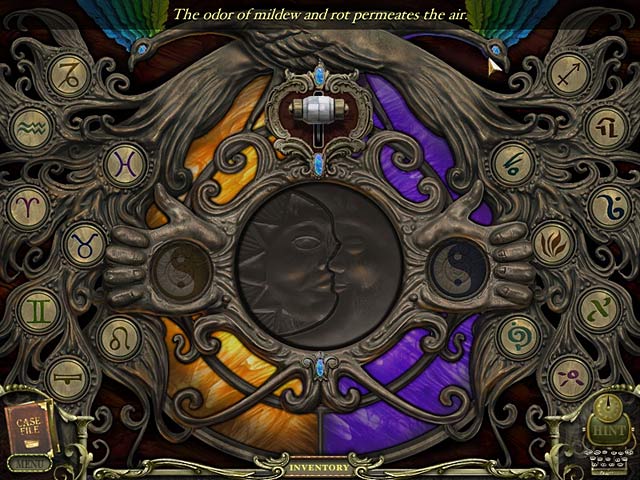 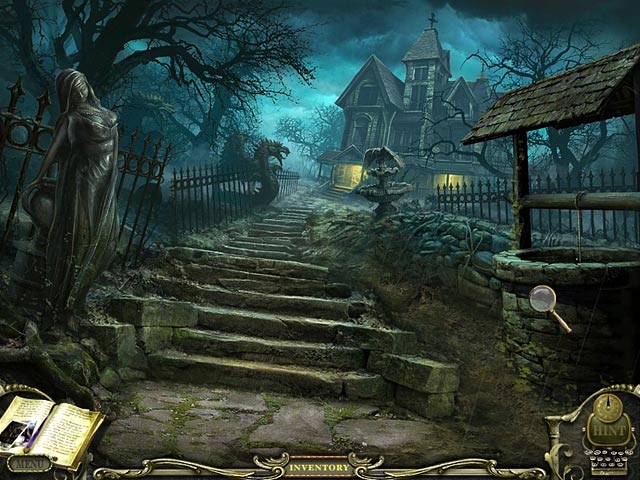 FIRST IMPRESSIONS
The change from this game and the previous Mystery Case Files games is enormous. In fact, they are no longer really in the same genre. This is a HOPA, with hidden object puzzles, assorted other mini-games, and a little wandering around style adventuring. The intro made it clear that despite being a continuation of the previous Ravenhearst story, it would not be a simple carbon copy.

SIGHTS & SOUNDS
Once again, this game’s graphics improve on its predecessors’ markedly, but in this case it is the difference between bearable and unacceptable levels of quality. Although the HOP scenes are better than the locations, both are still a little grainy and blurred. However, not enough to detract from the game. There are also a lot of very dark scenes, and they can be annoying. The ghosts are incorporated into the game very well.

The creepy music! The ghostly voices! The eerie surrounding sounds. The soundtrack is good indeed. The music sounds almost orchestral, and is richly varied.

WHAT’S HAPPENING?
Ravenhearst continues to work its (dark) magic on you, and you have come back. Emma says there are other souls to be freed from this evil place. Again you search the manor for clues. This time, though, you are truly part of the story. You must decide where to go next, and what to look at or for. And you, eventually, must face Dalimar.

GAMEPLAY
This is no longer just a HOG, so it is a much more complex game to play. Most of the game still consists of HOPs, with those puzzle boards again. But there are less of them than in the past, because now you must find your own way around. The HOPs are now zoom-in windows, there is occasionally a little animation (bugs crawling around – ick), and are only visited twice . Hint shows you where an inventory item can be used. I hate this type of hint. Usually, it doesn’t help at all, because the area is not yet opened up. And hint takes 5 (!!) full minutes to refill.

The puzzles other than the boards are not that easy, and there’s no instructions with them, but you have a skip for them. Skip is quick. 30 minutes is added to your time, but there are no time restrictions for it to make a real difference. I found the adventure game play very hard. There never seemed to be anything I could do. The journal is quite good, but there’s no map. Somehow, however, I battled on without the walkthrough.

COMBINED IMPACT
This is the first Mystery Case Files game that is a HOPA, and I imagine it caused quite a stir at the time. While I still am uncomfortable with the graphics, this game is doable. But it is also a tough game for those of us spoiled by all the help we get today. It really isn’t my cup of tea, but as a DD or punchcard game, it’s not bad. Particularly if you like dark games, or are a collector.

Love this game - so challenging!!!
genkicoll

It really is awesome -- and challenging!  I bet if they released an update with multiple difficulty settings, they'd really see some great sales on it, even though it's so old now!
_________________
Never be a prisoner of your past.
It was just a lesson, not a life sentence.

Oh my gosh, Genki, wouldn't it be fantastic if they did release an update?!

I have to say, MCF: Return to Ravenhearst is my favorite all-time game for many reasons. My very first IHOG, I ordered it from Amazon (disc) before I was a member at BFG. I had already played all the previous ones.
I was in awe of the gameplay. The storyline & visuals were shocking, at that time. And the music (orchestrated music in a IHOG? I was stunned), well, for anyone who's played the later MCFs, that theme is certainly recognizable and you will hear bits of it throughout the game.
The puzzles...wow, were they ever difficult, but it was my first IHOG and I was really unfamiliar with this type of game.
I absolutely loved every single minute of playing! It was exciting, it was mesmerizing, and I just couldn't get over how well it was all put together into one phenomenal game.
I realize that nowadays with all the awesome games out, MCF: RTR might be considered as outdated, past its prime, etc., but it will never be that to me.

yes, ladies - what you said

Dj, I couldn't put it as well as you did, but you hit my nail on the head.  RTR is my all-time favorite too, even after so long. JTF really put it in perspective nicely, tho' it still just doesn't fully register in my head that it's an "older" game now.  I guess when you feel that jazzed about a game for the first time, it just sticks with you - as good as a first puppy, and way better than the first boyfriend

jessmom01 wrote:as good as a first puppy, and way better than the first boyfriend

This is the game that started it all; a landmark in the industry. Never before had a hidden object game allowed you to walk around at will and collect items, adventure-style.  Return to Ravenhearst was the first of its kind.

Options include separate sliders for Music, SFX and Environment, plus full-screen or windowed.

My system wouldn't run it full-screen until I changed my desktop resolution to 800x600, but being able to play this incredible game again was totally worth the inconvenience.  Sadly, the Steam overlay doesn't work with this one.

MCF: Return to Ravenhearst continues the story that began in MCF 3: Ravenhearst, and was VERY briefly (right at the end) touched upon in MCF 4: Madame Fate.  Learn just how far Charles Dalimar was willing to go to hold on to his one "true love".  This is a dark and disturbing tale, which features both spirits and a madman psychopath.  Fair WARNING that if it's creepy-crawly, it's in this game! ;

You do not have to play the two previous installments to understand the game, but I recommend at least checking out the story segments of Ravenhearst on Youtube before starting this one!

This is the first game in the MCF series that uses live actors for its cutscenes.  They're nicely environmental, although one actor in particular tends towards corny rather than scary. ;p

We have a very detailed journal, which will not only track clues and observations, but also grace us with extra story (woohoo for those of us who like to read!)  It will also track your in-game time, which is used to compete against the Top 10 (pre-populated) players on the Main Menu page.

There is no MAP in this game, nor any form of fast-travel.  You'll be doing a lot of to-ing and fro-ing, but the environment is so beautifully-crafted that I did not mind this for the most part.

Backtracking is very logical, but you are required to remember things that modern games hold your hand on.  For instance, "I just found an electrical fuse... Where did I see something like that, again?"  In today's games, the answer would be scrawled boldly across your journal, but it's not like that in Return to Ravenhearst.  You are actually required to think in this one... Or you can just backtrack and look for sparkles! lol~

The Hidden Object Scenes are plentiful, and will usually be visited more than once.  The to-find lists are randomized, and it's actually a blessing when you are asking to find something that was listed previously.  Some of these items are so well-hidden that reactions - when you finally find them - range from "OMG, I did not see that at all!" to the silent, but expressive *face palm*

HINTS take at least three minutes to refill, but each time you find a hidden object or new inventory item, the meter will get a boost and speed up a bit. There are no directional hints in the adventure portion, but if you're stuck, you can pick up an inventory item and drop it on the hint button.

There are of course mini-games aplenty, and SKIPPING a puzzle will add 30 minutes to your in-game time counter, as well as locking up your hint button for a while.  There are no instructions for the mini-games, and while they're not as hard to figure out as the door locks in the first Ravenhearst, they can take some time to figure out.

While we're talking about puzzles, one of the ones towards the very end is a real doozy, and that brings me to the dreaded Whack-a-troll mini.  The reason I mention it is that I have friends with poor coordination, and I'd hate for them to miss out on this game!  For them, I offer this tip:  You do not technically need to complete the whack-a-troll sequence.  The item that you are awarded by the minigame will help you get a hint for the aforementioned puzzle, but you can still finish the game without using it.  The hint you will obtain from using this item is in the spoiler below:

Spoiler:
Added to journal after using the coin (from the whack-a-troll mini) on the telescope: 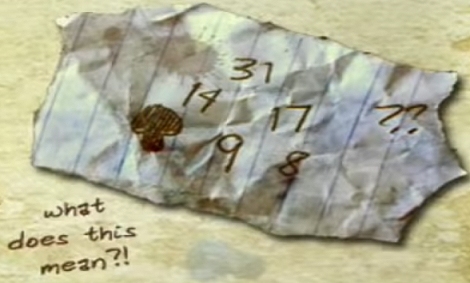 The soundtrack is breathtaking, utilizing a full orchestra for effect.  Tracks range from spooky to haunting to moving to downright chilling.

This is a very long game, taking on average 7 to 8 hours to complete.  There is a lot of adventure gameplay to it, but it is of course heavy on the HOS, as well.

MCF: Return to Ravenhearst is a one-of-a-kind, even after all of these years.  It is darkly environmental, immersing you in the tale of what those in the manor had to endure, without ever pushing you into the realm of actual fear.  This is truly a game to experience, and one which I highly recommend.
_________________
Never be a prisoner of your past.
It was just a lesson, not a life sentence.