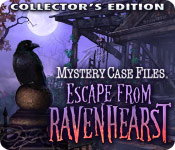 You lived through their side of the story—now live through his!

Return  once more to the haunted grounds of Ravenhearst Manor to uncover new  details about this poignant saga. What you find could very well be the  final chapter of this riveting story—if you escape.

This is an intense psychological thriller that may reveal deep-seated fears.
Not for the young or faint of heart. Consider yourself warned. 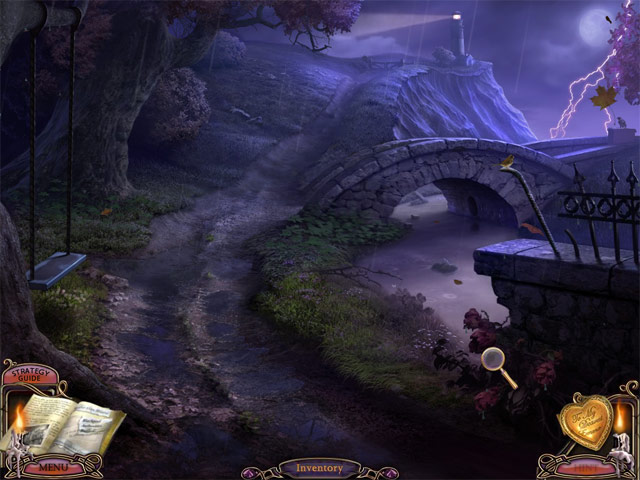 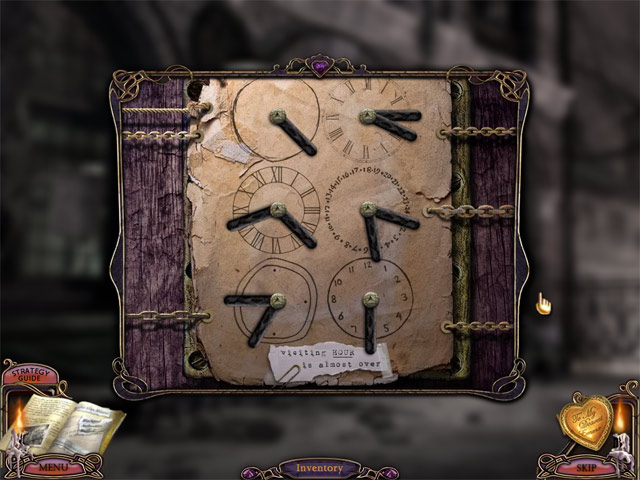 FIRST IMPRESSIONS
INTENSE!! This game gives new meaning to the word. Telling this story involves looking at some of the uglier sides of life, so this game is right on the edge of decency. And it is a VERY challenging game to play. The feel of it is that of the more heavy duty of adventure and RPG games. Almost everything you need to do you must work out for yourself, and it is rarely a straightforward process.

It opens with a news report, that looks totally believable, and segues into a series of increasingly insane flashes on some disturbing construction work. Then the madman reveals his goal – to “make you understand”. Well, nothing good can come from trying to understand Charles Dalimar!

SIGHTS & SOUNDS
The professionalism in the introduction is carried on throughout the game. Graphics are superb. The sound track is varied, exciting, deadly, restful and silent, depending on where you are in the game. Background and ambient sounds are, frankly, distressing, and for part of the game I had to turn them off. Dalimar is really spooky, face and voice. Integrated from actual video, but suffering from poor reception, he nevertheless seems more real, more dangerous than your surroundings, and that works very well with what’s happening.

WHAT’S HAPPENING
It’s hard to give an indication of the story without spoiling it. You return to Ravenhearst manor after a series of disappearances in the surrounding area. The house is a burnt out wreck. The lighthouse is barely functional. Seems everything has been destroyed. The ghosts of Emma and the others try to warn you away, but offer to help you when you won’t leave. But their power is limited, whereas Dalimar’s...

MAKING PROGRESS
Where to start? In keeping with the tradition of the Mystery Case Files series, Escape From Ravenhearst takes some radical departures from the known and accepted. And after years of hand holding from other games, this game gives us almost no help at all. There is no map. There is no hint outside HOP scenes. No instructions for the mini-games. The journal keeps story info but does not record clues. There are times when there is no information, no logic about where next to look, and you must systematically scour the area for signs of new information. The game geography is complex and strange, and with no map, very hard to navigate.

Then there are the HOP scenes. These are not like any others. You are given the number of MORPHING objects in a location and no other information. Included in the scene will be other objects with other roles, and there may well be some that require more than one move. They are far more difficult than you’d imagine, because the entire scenes are in constant motion. I completed only one scene without the use of the hint button. And I usually don't use any hints at all for HOPs.

There are also a couple of standard word list HOPs, including one which is a sketch book and cleverly done. There are also plenty of other very challenging puzzles. Most of them were too difficult for me to complete without the help of the walkthrough and/or skip. Even using a code or clue is more difficult than it seems at first glance, because you must interpret the information in unusual ways.

FINAL VERDICT
However you look at it, this game is not a walk in the park. It is a gruesome and gruelling trek through madness and hate. Yet, it is undeniably, compulsively, involving. Audacious and challenging, it is a MCF ‘tour de force’.

Considering how much I needed the SG for this one, I'm thinking of upgrading. What were the CE extras like, particularly the bonus chapter?
genkicoll

The strategy guide was only in pictures -- no words.  The bonus content was morphing items in the journal, and possibly some in the game, itself (can't remember), and if you found them all, you unlocked two black and white hidden object scenes that looked like they could have come out of Highlights magazine for kids (except that the subject matter and complexity was, of course, much different.)  The only other bonus (and I do mean ONLY -- no wallpapers, no music tracks, no concept art, no bonus chapter -- nada) is the door tokens.

You played MCF: Shadow Lake, so you're familiar with the tokens we were given to place back in scenes.  The tokens we get in EFR are part of the puzzle we need to "solve" in order to open each door.  Whereas in Shadow Lake there was a pattern as to where we could find the scenes we were looking for, these were completely random, and could be anywhere you've visited before.  Hard, but I loved it!  It really made you pay attention to the stellar art work.
_________________
Never be a prisoner of your past.
It was just a lesson, not a life sentence.

People are disappearing in Blackpool, bringing our detective back to the gates of the now-ruined Ravenhearst Manor once again.

What can I say about this game?  Big Fish was once again pushing the envelope when they developed EFR, so the gameplay is not like any other game out there.  There are no lists, no silhouettes, no items to return to the scenes...  Instead, what we have is an adventure game with Morphing Object Scenes.

The ghosts of Ravenhearst cannot help you directly, but they can alter the appearance of objects for a brief time.  When you come upon a MOS, the number of items you need to find will be pictured in Emma's locket, which you carry with you during the game.  Finding these spiritually-charged articles will enable the spirits to call your attention to a specific area of the scene.  In other words, they help you find items that will be helpful in your investigation.

There IS a rapid-misclick penalty... Morphing items you've already found will be returned to the scene!

The story is told in a variety of ways, from encounters with the ghosts of Ravenhearst to journal entries to news clippings to live-action cutscenes.  The acting is pretty good, with the occasional over-the-top, CAN YOU FEEL ME NOW? performance. *snicker*

If you read the game's description, you will have hopefully noticed the WARNING there.  When they say that this is an intense psychological thriller, they mean it.  I won't spoil anything here, but some of the scenes you'll encounter and tasks you'll be required to do can evoke feelings ranging from discomfort to disgust to dread to Oh-my-god-I'm-going-to-have-nightmares-tonight!

Some of the artwork in this game is absolutely breathtaking.  I do have special feelings towards this game since I was at Big Fish's pre-release party, but this is not just nostalgia speaking.  I so wish that the devs had included wallpapers in the CE version, as there are some I-want-to-frame-this-and-put-it-on-my-wall scenes.  Lucky me, one of the artists shared some of the promo posters with me, so I actually have them on my wall!

The soundtrack is beautifully mood-setting, as you would expect from a Ravenhearst game.  Quality sound effects and environmental tracks round out the sound package nicely.

We have a retractable, scrolling toolbar that holds any items we find, per usual.  We do NOT have HINTS during the adventure portion of the game, although hints are available during the MOS scenes.  The rate at which they refill depends on which gameplay mode you choose.

We have a lot to read in our journal, but even if you're playing on Casual Mode, there will be neither hints, nor puzzle solutions documented by our intrepid detective.  You're going to have to actually write the clues down yourself, folks!  Since this is the standard edition of the game (hence no strategy guide), you'll very likely need the WALKTHROUGH at some point, so enjoy that handy dandy link!

Puzzles are SKIPPABLE... Mostly.  When a puzzle requires the use of an inventory item, there is no SKIP available.

For those curious about what Bonus Content was included with the CE, I'll list it here:
NOT available in the Steam version

Door tokens, for those who aren't familiar, are small circular partial-images that go into your inventory.  You have to "charge" the tokens by placing the images back into the scenes from which they were taken.  There is no distinguishable pattern to where these pieces might have come from, so it's a real challenge to find where they all belong.  You cannot proceed past a certain point in the game until you charge and place them all, so the CE is actually much more difficult than the SE version!

There is no bonus chapter in the CE, so you won't be missing any of the story if you play this (Steam) version.

This third visit to Ravenhearst manor is not for children or the faint of heart, as the story is truly twisted and disturbing.  Although the idea of morphing object games never caught on, Escape from Ravenhearst is beautifully put-together, and outstanding as only a Mystery Case Files game can be.  Absolutely recommended for adventure-lovers and fans of the Ravenhearst storyline.
_________________
Never be a prisoner of your past.
It was just a lesson, not a life sentence.