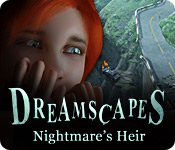 It has been two years since Laura has awoken from a coma but she is still haunted by the promise of the Sandman's revenge. To distract Laura from her heavy thoughts, Tim decides to take them to a ski resort.

There, on the edge of the world, misfortune befalls Laura. In a fit of lunacy, Tim runs out of the house and falls off a cliff. He survives the fall but is now in a coma. It is not hard to guess that the fall off the cliff and coma was caused by the Sandman's doing. Laura has two choices now: watch her beloved slowly die in the hospital, or enlist in the help of an old friend who once helped her when she was in a coma.

The Sandman continues to operate under his old schemes: by sending nightmares, he suppresses the will of the victim to resist. Can you help save Tim before the Sandman turns him into his heir?