Defender's Quest: Valley of the Forgotten
by Level Up Labs - October, 2012

The battle system builds off of tower defense, with individual characters taking the place of towers. Each character levels-up, learns skills, and equips gear individually, allowing the player to customize their battle experience and strategy. The overall game structure is similar to "tactical" RPG's, but with a real-time battle system. Game speed is adjustable, and commands can even be issued while the game is paused.

It also features an engaging, character-driven story written by an actual English major! The story strives to be fast-paced, snappy, and always relevant to gameplay. Events and dialogue explain things as they become relevant to the player, minimizing exposition.

Finally, it's got options and accessibility settings out the wazoo, so that you can have the best possible experience! 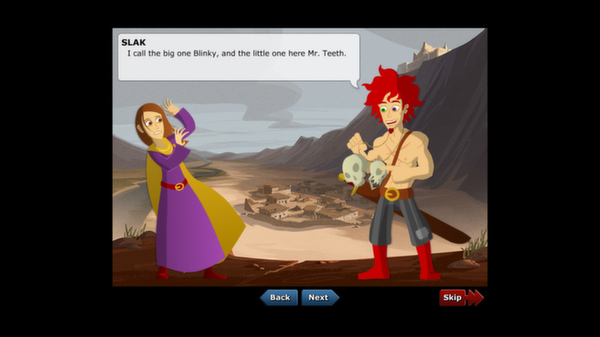 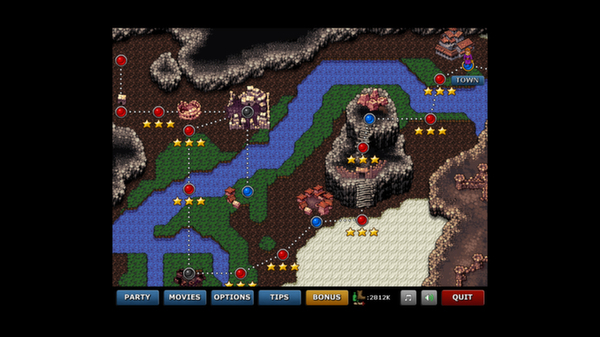 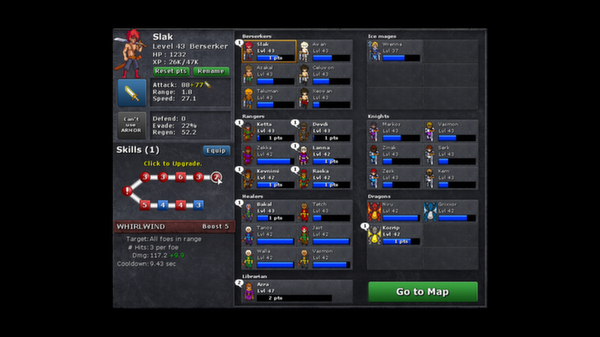 Check it out, folks ... I am engaged in the highly technical copying and pasting of a review!

N.B.:  YOU DO NOT HAVE TO BE A TOWER DEFENSE OR AN RPG EXPERT TO PLAY THIS GAME.  It is a great introduction to the "tactical RPG" / tower defense genres.

available at GOG and probably other places

At first, I ignored this game for two important reasons:
1.  Tower Defense sounds boring.  I don't like boring.
2.  The Good Ol' Reviewers at Good Ol' Games mentioned that the Developer included some nasty "I'm watching you" auto-uploading of gaming metrics.  For those of us who do NOT like to be watched, that was bad, bad, bad.

BUT!!!
The developer came to GOG, listened to criticisms and basically built a new game.  Say What?!?  Talk about listening to your customers!  During GOG's Summer Sale, I grabbed this little gem for the crazy price of $2.49.  It is worth ten times this.  Seriously.  I mean that and I am a cheapskate.

So what is this game?  It is Tower Defense, RPG style.  Basic Premise - you're a Royal Librarian who suddenly has the ability to control fighters to stop an evil plague and the Big Baddie causing it.  Because of your special power, you get stuck in this "in-between" world - and YOU are the Tower the little fighters are defending.  (Talk about incentive for success!  I do not like dying!)  As you progress through the levels, more of the story is revealed.
Now, for serious Tower Defense players, there will be a LOT of level grinding so you can develop Uber Powerful Defenders.  However, the Devs thought of this and made each level have 4 difficulties so you don't have to play the exact same level overandoverandoverandover again.

BUT for players just want to focus on RPG aspects, there is a casual mode.  Again, I say

these developers!  Also, in true RPG fashion, you get a Leveling Tree to level up each individual defender (not just each class of defender).   Those of you who remember

... I actually made a pencil and paper leveling chart!
Other cool RPG features:  You can name each of your characters and change their hair, eye, clothes / armor colors - which actually has more of a purpose than playing virtual dress-up.  If you go the customised warrior route (that is individualising each character's leveling tree), you can differentiate each little tower defender on the battle screen!  Whoo!  Another classic RPG bone - you can win unique weapons and armor.  Sweet.
The casual modes are designed to be pretty basic and easy.  I've read that a casual playthrough takes roughly 5 hours.  I will spend about 100 hours playing.  The normal level is easily do-able, but requires a bit of strategy.  The advanced mode gets downright difficult, and the extreme level, is well, extreme.  (Extreme is synonymous with "Holy Cow I'm Gonna Say Bad Words They Are Slaughtering Me" and "Are You Kidding Me This Is Impossible", right?)
The story is interesting and the dialogue (done comic book style, no voices) is downright hilarious.  Reading it is enjoyable - sometimes even

.   It's so nice when a game doesn't take itself seriously - and pokes fun at itself successfully.
What I like most about this game - it makes Tower Defense FUN.  I'm learning so much about proper strategy, and I am not getting the least bit bored.  The Devs included achievements - some are even new additions based on what their forum regulars were doing in the game

.  There are also some mods available (but I haven't downloaded any).  The music is bland enough to be appropriate background noise, but I surprised myself by missing it when I turned it off, so I would say that the music definitely adds to the game.
This game won't appeal to everyone - I wouldn't consider it a "casual game" - but at the same time, it IS a casual take on what is typically "serious gamer's genre".
All in all, it's definitely

so I recommend this game!

P.S.  They're working on a sequel!