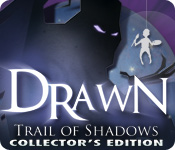 Re-enter the enchanted world of Drawn in the highly anticipated third installment of the cinematic series. Set in the years before the events of The Painted Tower and Dark Flight, Drawn: Trail of  Shadows takes players on a magical Adventure through the distant past!  Become a part of the story by following clues scattered throughout paintings to save a boy with the power to create painted worlds in Drawn: Trail of Shadows! 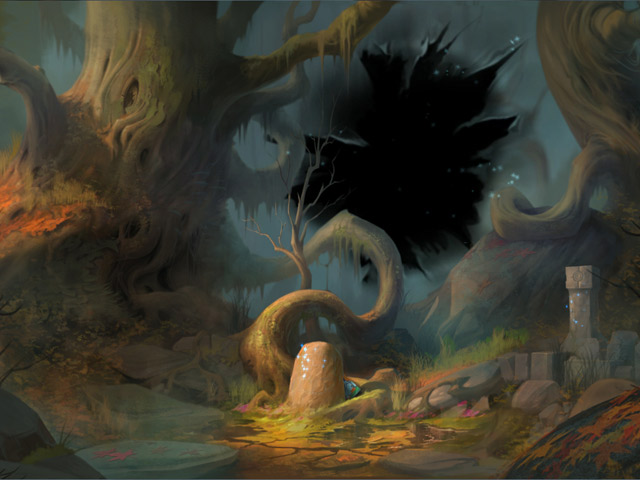 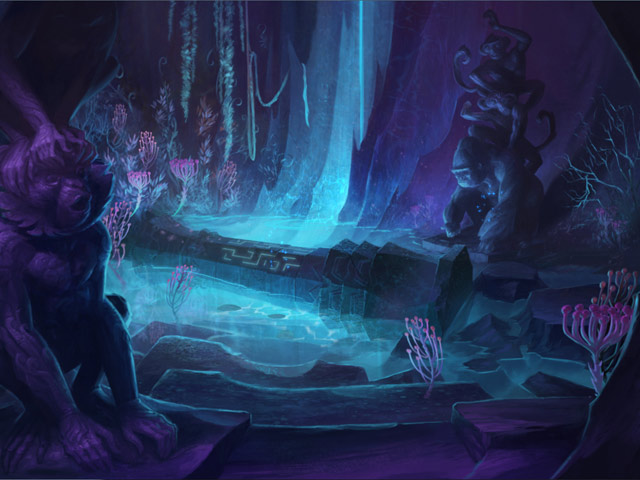 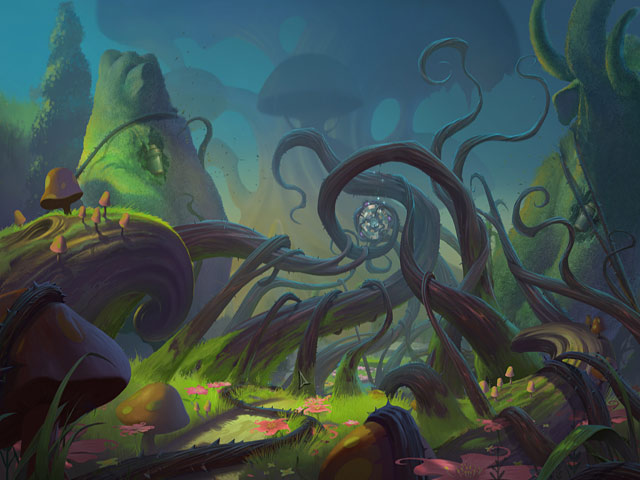 Re: Drawn 3: Trail of Shadows

Although this is the third in a series, you do not have to have played the previous games in order to enjoy this one.  Trail of Shadows is a prequel, which features Franklin telling Iris a story about a little boy with powers much like her own.

The options on this one are interesting.  We have separate sliders for music and sound effects, plus custom cursor, full screen, and aspect ratio, but there is one more:  'Screen Movement.'   For those who are not familiar with the Drawn franchise, the graphics are made in a way that is very reminiscent of pop-up books... as a matter of fact, this will come strongly into play this time around.  The screen movement is something that will make the layers of the scene move as you move the cursor around.  It adds an amazing depth to the graphics, and you can adjust it to whatever level you wish.

It does not tell you what the difference is, but there are two difficulty levels: Casual and Experienced.  Upon experimentation, Experienced mode does not have sparkles, and this seems to be the only difference.  Sparkles do not indicate hidden object scenes (this is not a HOG!), but rather areas that you can interact with.

HINTS do not need to load, and are given as advice under the "Observation" part of the lower left of your screen.  The hints are tiered, and if you keep clicking, you'll get a straight answer telling you what you need to do... AFTER giving you actual hints!  I love that~

As expected, the graphics are beautiful and the music dramatic.  Though the world is very familiar, the story is lighter than in the first two games.  There is no need for a map, as we work within small areas of about six scenes before moving on to an all-new area.

You will find a book during gameplay, and it is a journal of sorts... except that it is also a series of mini-games in the form of a pop-up book!  You know how there are tabs in this kind of book -- well in our journal, we have those tabs, things we have to move and maneuver, all to discover new parts to the story and, sometimes, find items that we need to use in the game.  Not sure that I'm explaining that well, but I'm sure you'll catch on quickly. ;)

I'd say that the gameplay is about half puzzle and half adventure.  The minis themselves are sometimes dependent on reflexes, but are mostly logic-based.

Although this prequel somehow lacks the richness of the first two games, I really enjoyed my time in Trail of Shadows - It was a relaxing way to spend a few hours.  Recommended!
_________________
Never be a prisoner of your past.
It was just a lesson, not a life sentence.