Giant supermoon will be biggest & brightest since 1948

Giant supermoon will be biggest & brightest since 1948 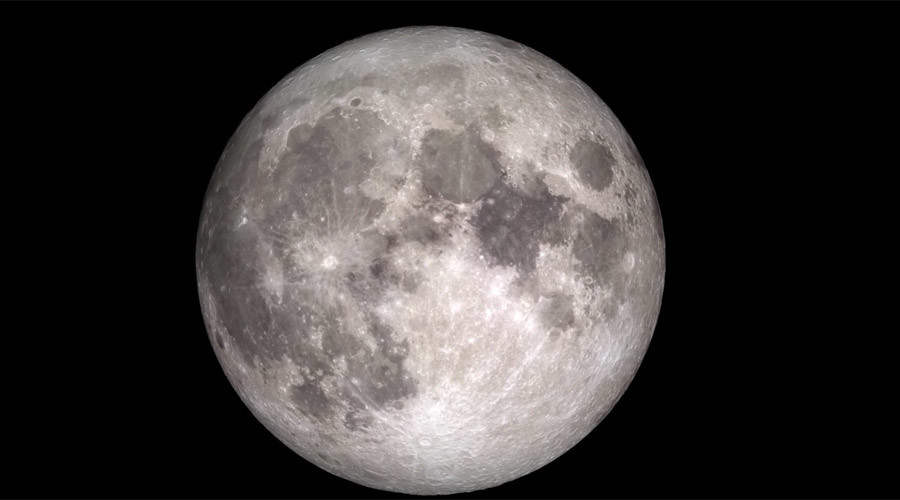 Re: Giant supermoon will be biggest & brightest since 1948 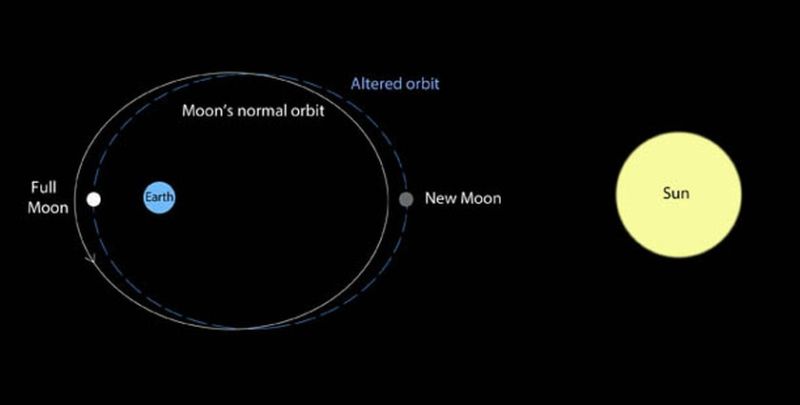 Enlarge  / How the Sun can alter the Moon's orbit around the Earth.

Bob King/Sky & Telescope
33
The Moon follows an elliptical path around the Earth, with an average eccentricity of about 0.055 (a perfect circle has an eccentricity of 0). This means that, at its closest approach, the Moon comes within 363,400km of our planet, and at its most distant the Moon is 405,500km. When the Moon is full at the perigee of this orbit, it has come to be known as a "Supermoon."
And yes, we use the designation "Supermoon" because, even though it was originally coined  back in 1979 by an astrologer, NASA has now adopted it. We shall too, partly because the astronomy of why this month's Supermoon has gotten so much attention is interesting. Supermoon is also an easier term to use than, say, a perigee full Moon.
But this month's Supermoon is special. The eccentricity above is calculated based upon the Earth-Moon system, but other celestial bodies  also influence the Moon's orbit through gravity. The Sun plays the largest role, but so too does Jupiter and even some of the smaller planets. When factoring in these other influences, the eccentricity of the Moon's orbit can actually vary by as little as 0.026 and as much as 0.077.
A more eccentric lunar orbit brings the perigee nearer the Earth, and when this perigee occurs during a full Moon, we get an extra-Supermoon. That is what will happen on Nov. 14, when the Moon will come to within just 356,509km of Earth, which is the Moon's closest approach since Jan. 26, 1948. The Solar System won't line up this well again for a lunar approach until Nov. 25, 2034.
Although Monday's closest approach will be at 6:23am ET, the maximum Supermoon will not be visible to us on Earth until the full Moon at 8:52am ET. Unfortunately for the eastern half of the United States, this will occur after sunrise. But no worries—the Moon will appear to be almost the same as Monday morning's Supermoon during the pre-dawn hours and on Monday night.
In the UK and Europe, look for the Supermoon late on Monday afternoon or early evening. It will also be visible on Tuesday evening, though marginally smaller and less full. 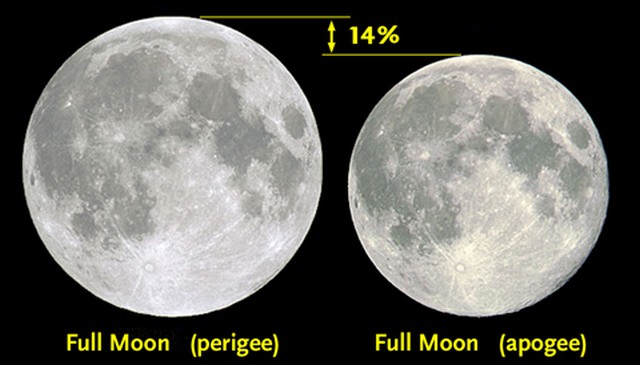 A comparison of a "normal" Moon and a Supermoon.

Despite all the talk of a Supermoon, casual observers will have a hard time discerning the difference between a "normal" Moon and a Supermoon. While the Moon will be about 14 percent larger in size and 30 percent brighter, its appearance will not be dramatically different. Daniel Fischer has some ideas  about how best to spot the difference on Monday.