Off the Record: The Italian Affair
by Eipix - April, 2014 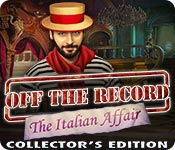 Enjoy a new episode in the Off the Record series! Are you willing to ditch your vacation plans to track down the most famous thief in Venice? He’s a slippery suspect who has outwitted the best police minds in Italy. You’ll soon discover that he won’t be easy to find even with your crack detective skills – because they don’t call him ‘The Fox’ for nothing…

FIRST IMPRESSIONS
In a word. Beautiful. All of it. Everything about it. From the first seconds, this game is beautiful. And classy. And extremely professional. In a different league, really, to the first Off The Record, which was a great game, but for reasons that didn’t specifically include the beautiful art and sound.

Everything works. The opening cut scenes are interesting, in an investigative journalist way, not insane crashes or wild witchery, and beautifully crafted. Venice is, of course, a great location if you want to showcase some artwork of your own. The sound tracks are also great. The music is mostly light and airy, gentle – creating an atmosphere that is delicate with a whiff of intrigue. But there is plenty of variety. The voiceovers are excellent. Again with that Eipix signature dialogue device, lip synched cameo shot, with the larger shot still. I loved the sound of gulls. It never occurred to me to think of gulls in Venice, but of course, it makes perfect sense.

WHAT’S HAPPENING?
You are the journalist who investigated Linden Shades (first Off The Record game), now famous. Le Volpe, The Fox, an art thief who allegedly retired 5 years ago, has committed another heist at the Museum in Venice. You are supposed to be going there for a holiday, but your boss has got a lead, and you would never knock back a chance to find this character, who has managed to remain both anonymous and at large. So you’re off on a working holiday now, with little time for the sights. The story has some interesting twists almost immediately. You’ll have to keep on your toes.

GAMEPLAY
This is easy gameplay for the most part, there’s plenty of help with a directional hint, and interactive jump map. The map has spectacular aerial shots of the locations. Lockable inventory. Journal with notes. Later, tapes with interesting historical info. You also have a camera. This is used in specific situations where it can, with the help of an acquired special filter, and via a mini-game, reveal otherwise hidden information. There are also inventory plus items that combine or require extra actions.

HOPs: all silhouettes so far, but... one is progressive interactive, another is replace the silhouetted objects, another has zoom in windows with mini-word lists. Some, the scene involves only 4 or 5 objects, cuts to another place and another small silhouette list. I preferred the panning found in other Eipix games. Puzzles, not many and none that I’d call hard. Which means too easy for the hard core crowd. Way too easy. But there are 3 difficulty levels, plus a custom level. You receive useful cards, such as press pass, which are kept in a separate section of the inventory. Adventure play is straightforward, intuitive mostly, but fun. Plenty to do.

I love the interface, but it is a little crowded, with journal, achievements, collectibles indicator, menu, and guide on the left and map, useful cards, hint, camera, and I’m sure at least one other thing I have forgotten on the right. I found myself backing out when I didn’t want to, or pressing the wrong thing if I got sloppy.

CE BLING!
There is so much fun to be had after the game that it’s almost too complex to explain.

Collectibles: 36 fox figurines. Not easy. I did not find one! 10 travel guide pages. 16 letters of the alphabet. Morphing objects in the HOPs – I forget how many. I found one. All the other beauty is definitely distracting.

Achievements, lots of both performance and story. Displayed from main menu in a gallery in the museum, also accessed from the journal. I like the way the achievements are grouped together by type into different show cases or other furnishings.

Gallery items: Wallpapers, screensaver?, concept art, music. Making of photos and behind the scenes video. Even pix in the credits, according to my understanding of one of the achievements.

An in-game SG of course, the bonus chapter, and an area in the extras called the Terrace, which I’m guessing is a souvenir room for the other 36 collectibles.

I recommend this game!
RenaissanceMom

It sounds really nice and the story reminds me a little of Nancy Drew's Phantom of Venice which also featured an art thief in Italy. Will check it out for sure!
Sable

I'm enjoying this game tremendously, almost as much as the Cadenza CE.  I stumbled a bit with the camera, didn't realize that when the pointer changes to a camera, I actually had to get the darned things from the bottom right of the screen, lol.  Once I did that and put the filter in, no problems.
JustTheFacts

I love it too! As well as Cadenza, which is right up there on best of's list already - and True Fear... 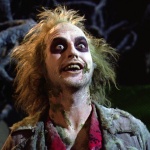 JustTheFacts wrote:I love it too! As well as Cadenza, which is right up there on best of's list already - and True Fear...

I got a good laugh at "since the dark ages".  Well said