Space Legends: At the Edge of the Universe

Space Legends: At the Edge of the Universe

Space Legends: At the Edge of the Universe
by Red Hedgehog - March, 2014 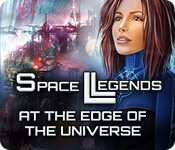 Trapped on a faraway planet where the future, past and present all intertwine, Elizabeth and Steve are in serious danger! Plunge into a new and mysterious world of adventure as you travel to the most remote parts of the universe and help them find their way home! 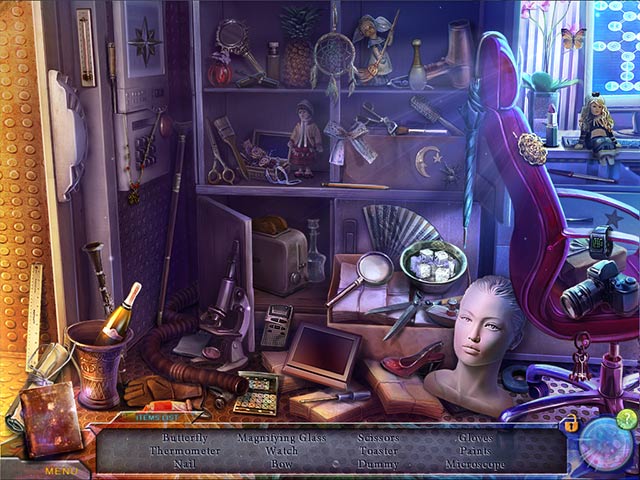 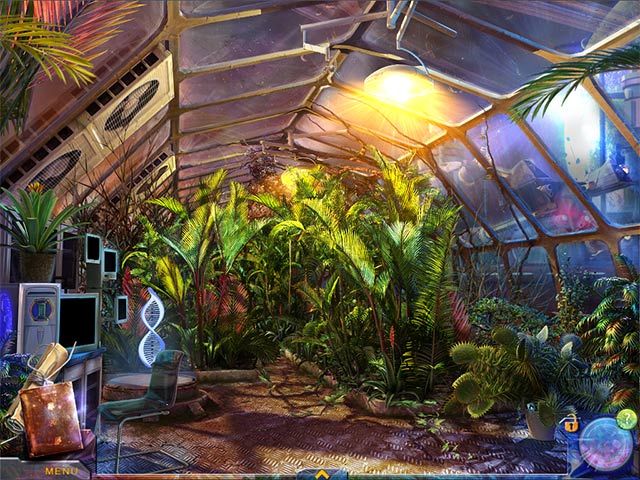 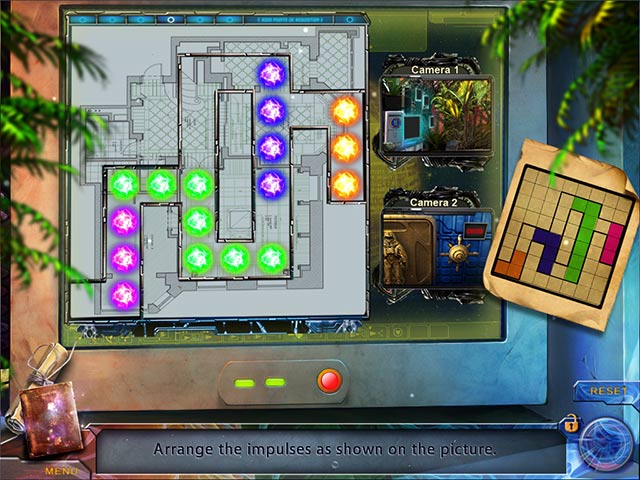 FIRST IMPRESSIONS
I am always so happy to see a space adventure game. Love all things sci-fi. But alas, this is, for me, yet another disappointment. But it is not absolutely awful, and some may be able to ignore its inadequacies enough to really enjoy this game. So don’t necessarily discount it. After all, there’s not a cute anything to be found except your (human) workmate, plus there’s also only 1 HOP in the demo! Shocking, isn’t it?

SIGHTS & SOUNDS
The opening cut scenes are VERY impressive. Exceptional. And so are all the graphics. Some serious effort and talent went into making this game look really, really good. There are clear and precise realistic graphics throughout, with slightly more ‘arty’ art for the very few HOP scenes.

There are no voiceovers, and there is a large amount of dialogue, in other words, reading - which unfortunately is very poorly translated. It interferes with enjoyment of the story, but it is just about bearable - if the other things this game has to offer appeal to you.

The ambient sounds will blow you away. Literally, when you are out in the hurricane trying to fix the space ship, and metaphorically inside the base. My sub-woofer got its first working out – the table, the keyboard, even the floor vibrated with the sound of those pitiless turbines producing the essential atmosphere. Along with emergency sirens and those spectacular graphics, a truly awesome atmosphere of a space station in crisis is created. Of course, it gave me a headache, but I stubbornly refused to turn the sound effects down, which you could choose to do.

WHAT’S HAPPENING?
Neat story. The planet you are stationed on is having seriously malevolent weather and the facilities are in danger. So is your friend Steve, who makes it back to base barely alive, and it is obvious you are going to have to find your way home to earth without his help, if he is to survive. All very well, but the space ship is damaged, and if you stay outside long, you’ll end up like Steve! And where are those pesky star maps we’ll need to get home? I felt the story ran a bit slow, but then demos often do, and the meat of the adventure is still to come.

GAMEPLAY
This is more of an ADVENTURE LITE game than a HOPA. There are a few puzzles, and one HOP (interactive list where the hidden items are not highlighted), visited twice, and that’s it. The job is about getting all the gear together to escape the planet you’re on, and get home.

The puzzles vary greatly, from very familiar and easy to totally new and darn hard. I skipped far more often than I usually do, but that in part was probably the overpowering atmosphere, making me want to hurry. The demo took me 45 minutes to complete, and that takes us only to the point of starting the ship.

The hint is directional, but once it gives you the exact item you need to interact with, and you hit hint again, it gives you an actual hint. I liked that, because a couple of times, I found myself confused as to which piece of machinery did what. The journal keeps excellent notes and gives extra information you sometimes need to complete a task. There is also a jump map, which indicates where you are and where you can do something. There are only 2 levels of difficulty.

COMBINED IMPACT
The more I remember the features of this game, the more I am leaning towards this being an adventure game with some puzzles thrown in. It has that feel. But if you are good at puzzles, there’s enough puzzle action to maintain your interest. Also, the more I think about it, the more I think I would like it better if I weren’t so tired.

So I am going out on a limb and suggesting that, despite the appalling English, and the no frills approach, this game does in fact have enough appeal to recommend it – if only to the adventure/puzzles crowd, and atmosphere addicts like me.
genkicoll

Vampire Saga 1: Pandora's Box was like that for me.  The localization (English) is terrible (at least on the to-find lists,) there's HOS after HOS, then it can be confusing what you're supposed to do during the adventure portion... but the story was intriguing, and I couldn't stop playing!

I'll definitely check this out!  By the way, it's good to see you posting reviews, again!

The localisation issues are greater here I think. But not so much in the HOP (remember, there's only one so far), but in the dialogues, they sound quite silly.
Frodo

It does seem an interesting game.  I might give the demo a try.