The Agency of Anomalies: Cinderstone Orphanage
by Orneon 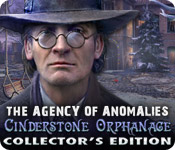 Save the souls of prodigy children and their caretaker who disappeared during the fire in The Agency of Anomalies: Cinderstone Orphanage! As an agent of the Agency of Anomalies, it’s up to you to find the phantoms and find out who started the deadly fire. Help the inhabitants of the orphanage use their extraordinary abilities to break the plans of the mystical brotherhood and escape! Search gorgeous Hidden Object scenes and solve a paranormal mystery! 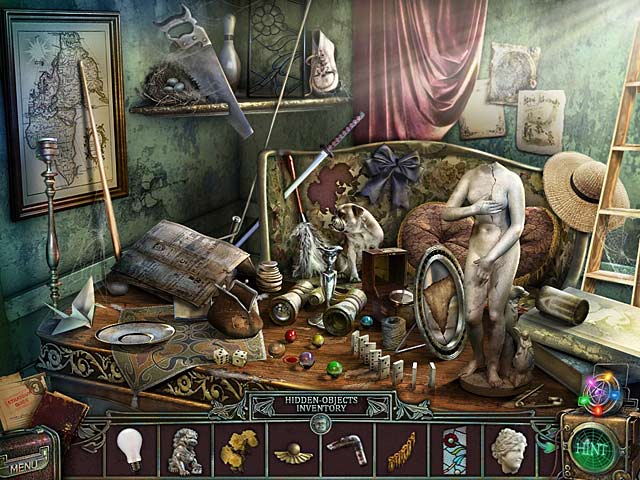 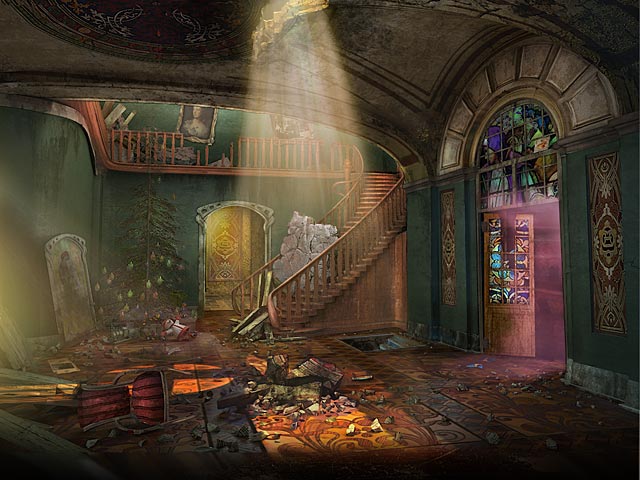 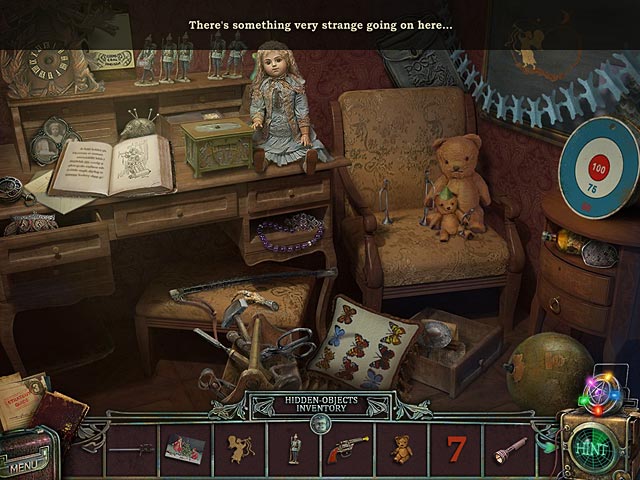 Beautiful Sequel To The Dingy Though Enjoyable
1st Agency of Anomalies


Following the pattern of the first in this series, you are a paranormal investigator, and you can expect to come across inexplicable and supernatural happenings, individuals whose souls are not at rest, and a psycho scientist somewhere in the mix. You have an Anomalous Activity Detector (Hint) and a Nexus collector for gathering special abilities. The nature of the special abilities you acquire are more imaginative than expected, and while not used often, added to the game’s originality.

This is a beautiful game. Which is well done, since it is set in a burnt out orphanage . The cut scenes are great, HOs clear and relevant, and puzzles often startlingly original as well as beautiful. The HOs were easy enough, both list and return items, but the puzzles were much harder than the first of this series. I skipped more than I solved. For me,  I would have preferred easier ones.

The Agency of Anomalies 2: Cinderstone Orphanage (IHOG)
This is a standalone story

The Cinderstone Orphanage is a safe haven for children with paranormal abilities.  On Christmas Eve, an explosion and subsequent fire severely damages the home, and now the children and their mentor cannot be found!  A spectral cry for help from the house mistress sends you to their aid, and you must gather their most prized possessions in order to give their phantoms the strength to help you help them... Before it's too late!

Our Journal has two tabs: One which gives us a nice overview of the story, and a "Docs" tab where you can re-watch cutscenes.

Be on the lookout for collectible postcards as you play - one at each location.  Take a good look when you find them, as there is no area in the Extras section that showcases the ones you've found.

We have no MAP, nor any form of fast-transport.  There is a moderate amount of backtracking, but there are black bar hints that help us figure out where to go. ie. "I saw some pliers in the dining room."

Using a HINT during the adventure portion of the game will either tell (or show) you exactly what you need to do at that location, or tell you to look elsewhere/check back later.  There is no directional hint.

Hidden Object Scenes items listed in red need some kind of interaction, and the some of the objects you find will be used in future HOS where you place items back into the scene.  These are partially puzzles, as a few items can't be placed until you've put something else in the scene first.  HOS do repeat, but items you found and placed in another scene will remain gone when you return.  Most of the HOS are your standard find-by-list with light interaction.

As we help each ghostly presence, they will be able to share their special power with you.  We collect these powers in the Nexus, which you'll be familiar with if you played the first game in the series.  Each ability is color coded, and items that you can use the power on will glow with the appropriate color.

Some elements are gorgeously and stunningly-detailed, and although this doesn't carry over to the entire game, the visuals are still very nice.  It seems like there were two music tracks that were on a loop, or at least, I only noticed two of them.  The voice overs were done quite well, and the rest of the audio was nicely mood-setting.

As you can see, there's not a lot of extra content in the Collector's Edition.

There is more going on here than meets the eye, and if you don't play the bonus chapter, you'll never see the bigger picture.

The HOS are all find-by-list, and there's a lot more backtracking than in the main game, but it's also a smaller area  It has an abrupt ending, but you will get some answers.

The paranormal abilities that we collect are just too powerful, and there were a couple of times that we could have used them, but instead did it the hard way.  It would have been better if using the powers exhausted us in some way, making us loathe to utilize them, but that is just a nitpick.  Overall the abilities worked well with the plot and the gameplay.

This is a solid title, but I think the lack of a map and the missing convenience of instant-transport will make some players shy away from the series.  Cinderstone Orphanage is a good choice for those who like HOG-adventure mixtures, and those who enjoy taking their time to admire the scenery.
_________________
Never be a prisoner of your past.
It was just a lesson, not a life sentence.