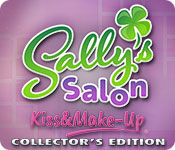 Sally and François dive headlong into chaos and absurdity in a brand new spa!

Sally’s Salon: Kiss & Make-Up Collector’s Edition is a thrilling tale of passion, love, danger, intrigue, and of course: beauty salons. It will keep you laughing from the moment you begin until you reach the end of this crazy roller coaster ride. In short, a time-management story game like no other! 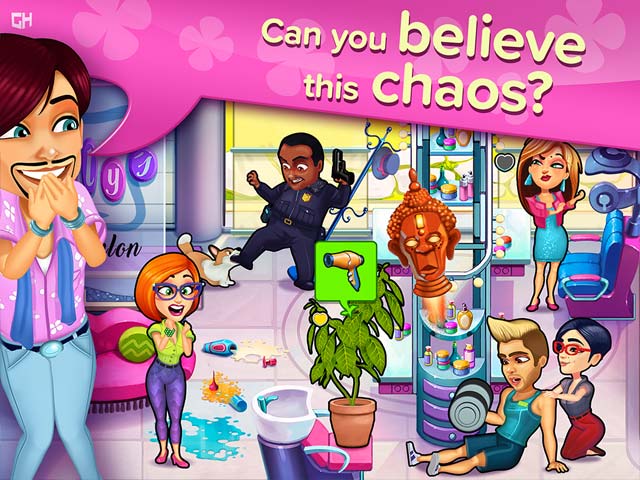 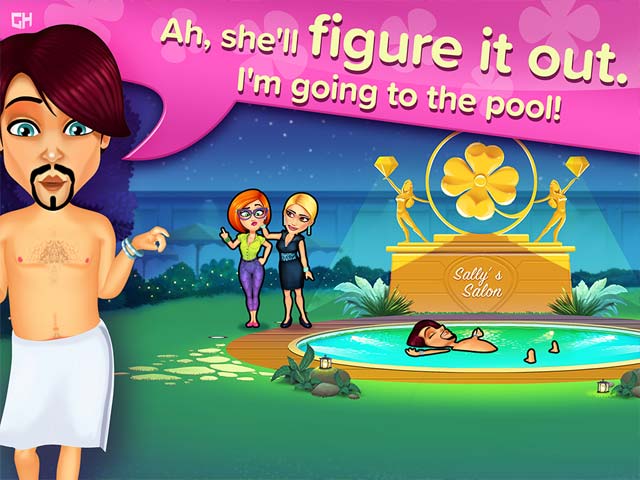 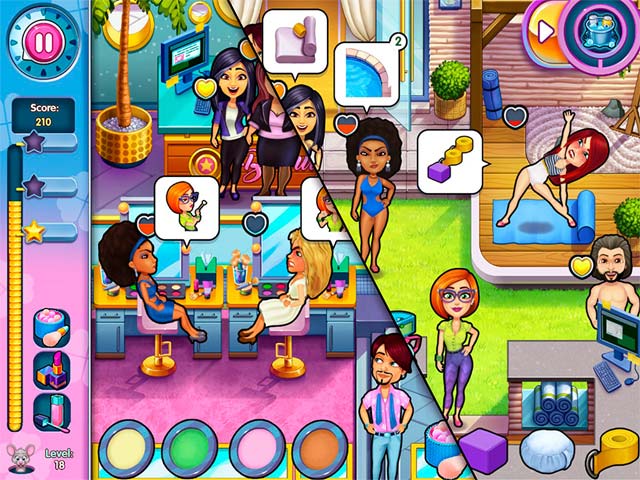 Ridiculous story with a nice dash of challenging gameplay and adult humor.

Options include separate sliders for Music and Sound, choice of Difficulty, Full-screen and Show Game Hints.

Sally's "best friend" convinces her to mortgage everything she has to buy a new salon so that they can try to win the prestigious Mirage Star.  The problem is that her friend, April, is shallow, narcissistic and has an ulterior motive that could tear their dreams apart.

When I say that the story is ridiculous, I mean it... The seemingly-standard storyline takes a turn, then a dive, then spins on its head and goes a completely different direction.  I can totally see the devs sitting around a table, high as kites as they came up for ideas for this game.  There's even an achievement called "Jumping the Shark"! lol~

To show you just a snippet of what to expect, I bring you... The Jolly Jig! HAHAHA!


Francois is somehow even more flamboyant and over-the-top than usual, and of course still absolutely delightful in his flaky and fabulous way.

This is the dash style of TM where you click on incoming clients, then on the station they wish to go to.  They may want multiple stations, or be happy with a single treatment. 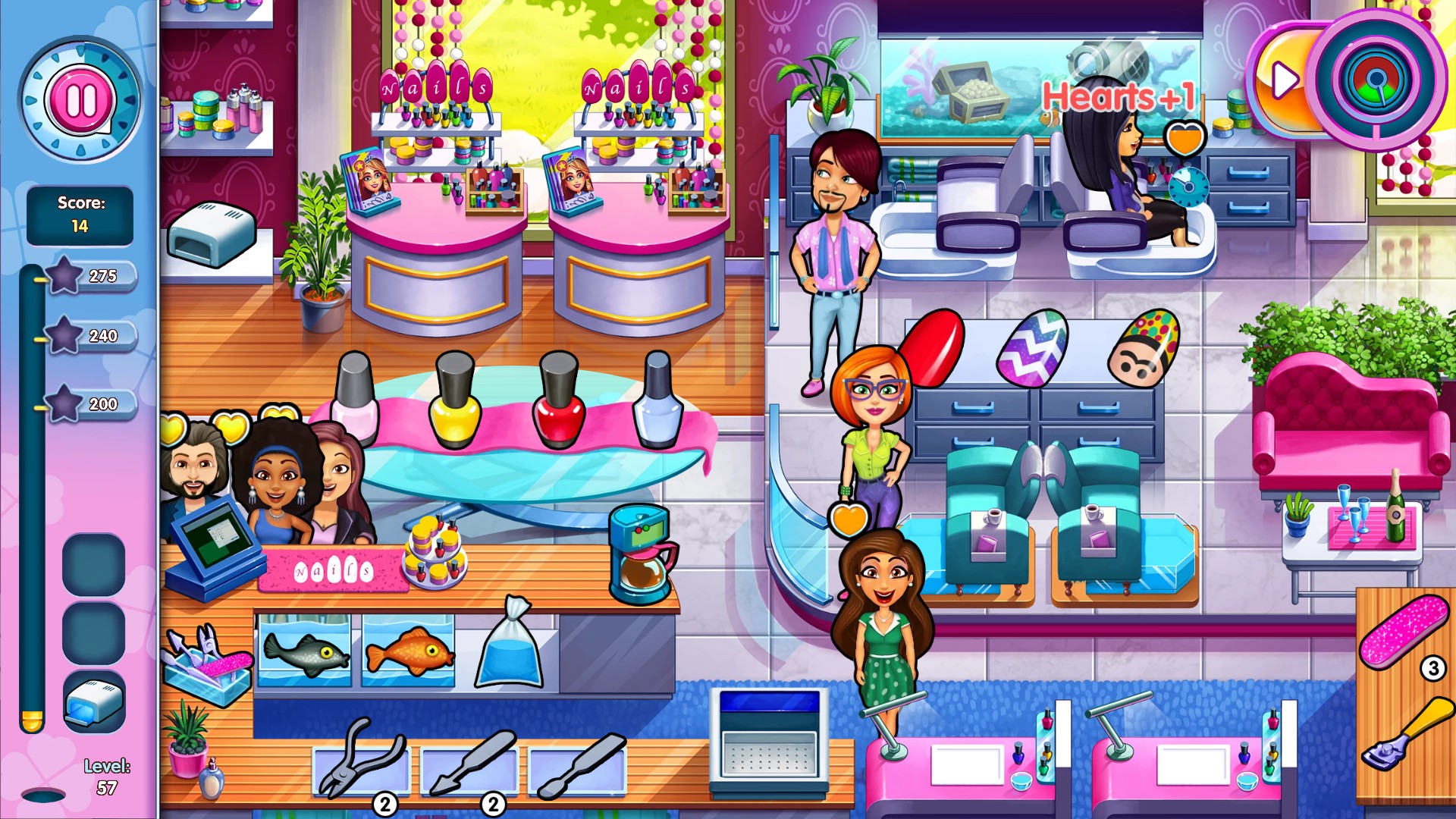 Your tray has only three spots, but you're really not delivering a lot of things... It's more about service than anything else.  Sometimes you just have to click on them to attend their needs, sometimes it's a mini-game, and yes, sometimes you'll need to take things to them.

There are six themed locations that you'll be working in, all unique and fun-to-play.  Here's a little compilation of these areas that I put together for you: 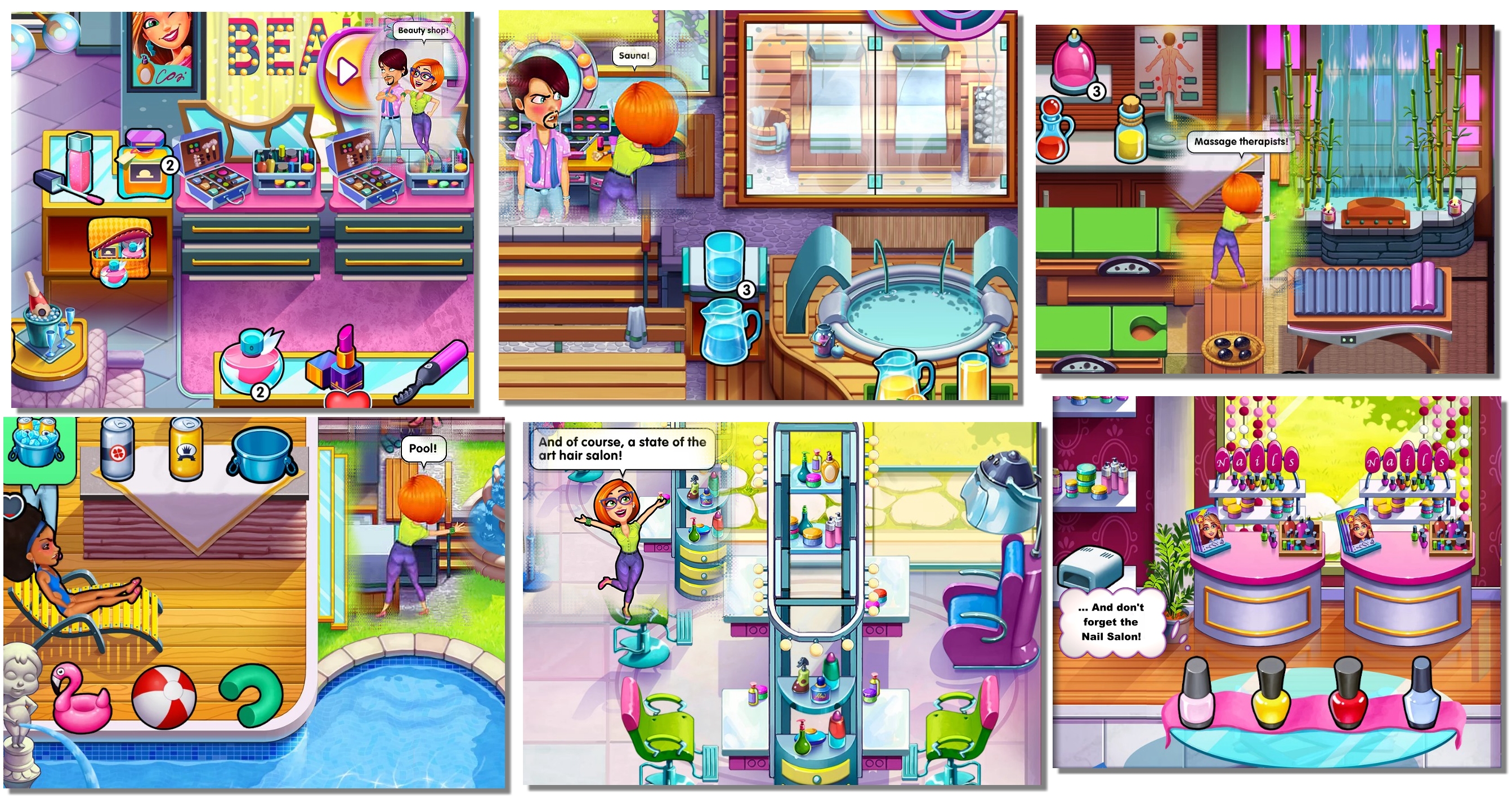 There is a LOT going on during these levels, which is why it's a good thing that you have a HELPER (usually Francois)!  This is what you spend your diamonds on -- Upgrading your helper to be able to do new tasks.  You're not limited to help in a single area of the locations, though.  If you click on him before the level starts, you can assign a station-area.  He's not quite as skilled as you, so you'll still need to help with the more advanced treatments, but it's great to have him there!

The gameplay is a bit more challenging than the other dash games I've been playing lately, and you may really have to plan things out to get your full three stars on each level!  Carl the mouse will help a little if you can spot him, but he makes no noise when he shows up, adding to the difficulty of finding him.

The Mini-games are all fun, but be warned that you're going to be doing some... uh... interesting treatments.  Things like directing fish to nibble on people's feet and doing acupuncture. 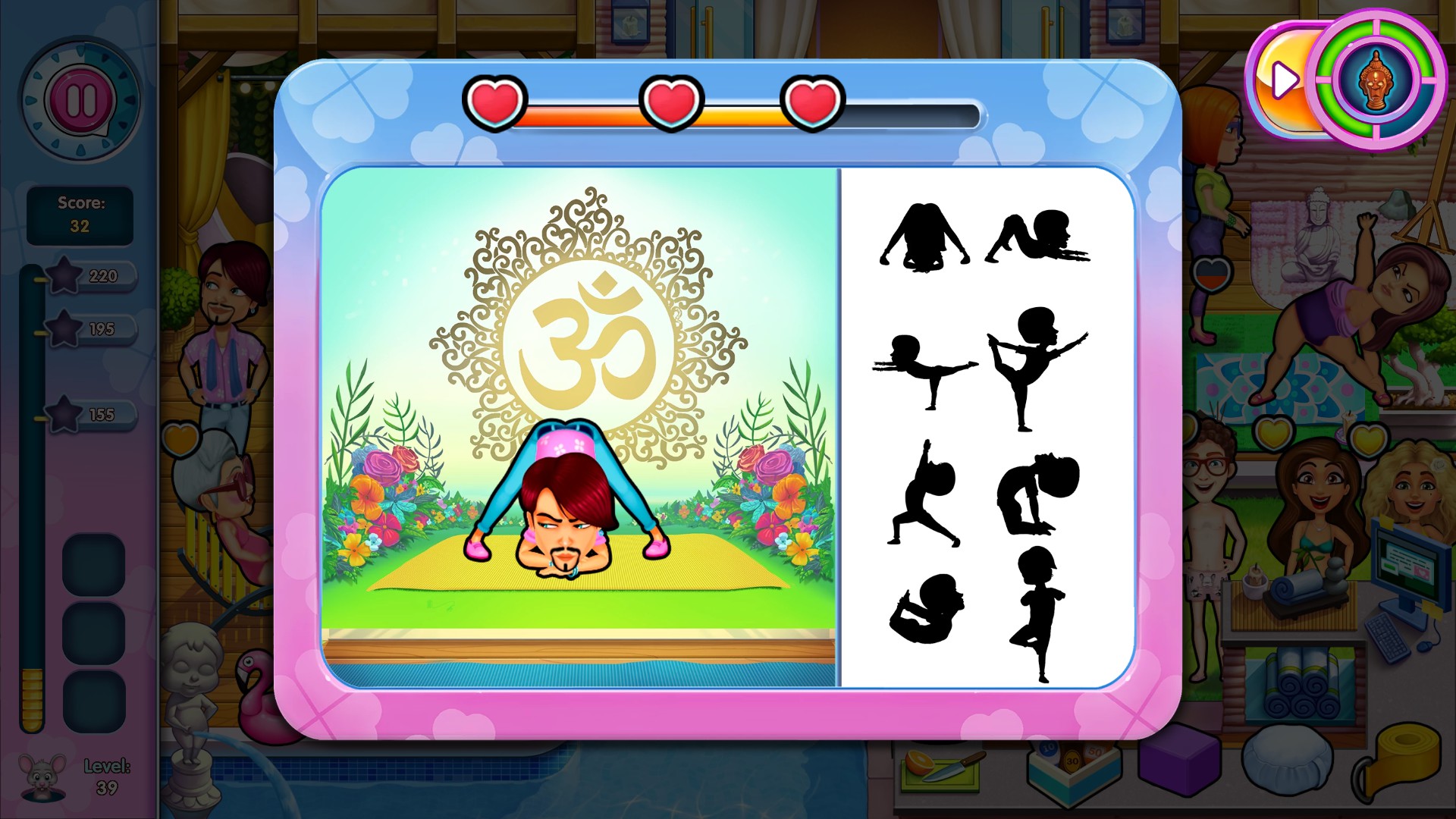 Let's not forget the achievements!  Each trophy you gain will earn you some diamonds, but you have to go into the trophy area to claim them!

The challenge levels are fun, as well, but I've not yet completed them all - I was trying to figure out where they were going with the story, so I finished that first!

A fun and challenging dash game with an absurdly silly storyline, 88 total levels to play through and a great variety of gameplay.  This title has a LOT of adult humor in it, so I wouldn't suggest it for the kids, but definitely recommend it to adults who enjoy this kind of game!
_________________
Never be a prisoner of your past.
It was just a lesson, not a life sentence.

» Why Not Make FS an F2P?
» How do I make a Signature?
» Cadenza 2: The Kiss of Death
» How to Make an Index of Your Reviews
» Playful Kiss (Korean version)