Available at:
Big Fish as Collector's Edition
GameHouse as
Steam 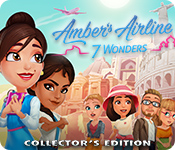 Have you always dreamed of traveling to the 7 New Wonders of the World? Now you can! Join Amber and the girls as they fly around the world in Amber’s Airline – 7 Wonders, a brand-new time management game.

Things get off to a flying start with the 7 Wonders tour, but trouble soon arises for the girls. Alongside the grandeur of the Great Wall, Chichen Itza, the Taj Mahal, Christ the Redeemer, the Colosseum, Petra and Machu Picchu, drama unfolds within the crew. Amber must rise to the occasion and help her fellow flight attendants. 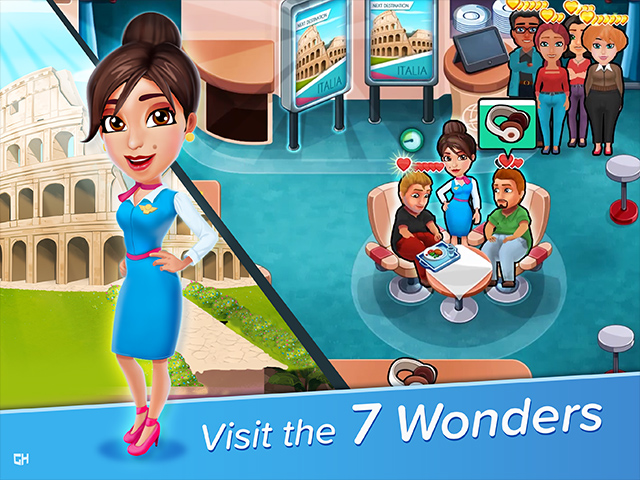 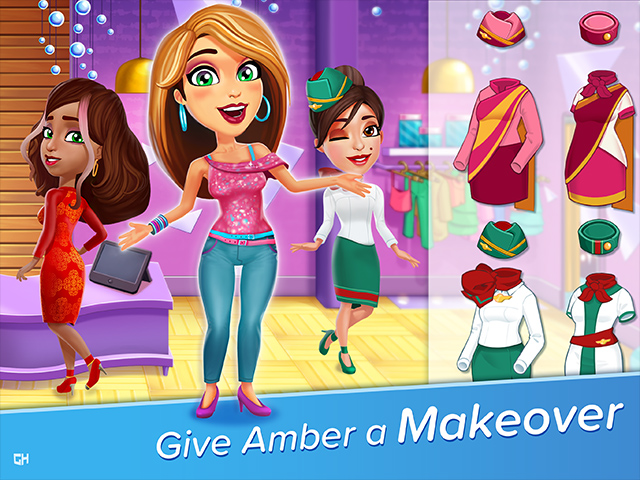 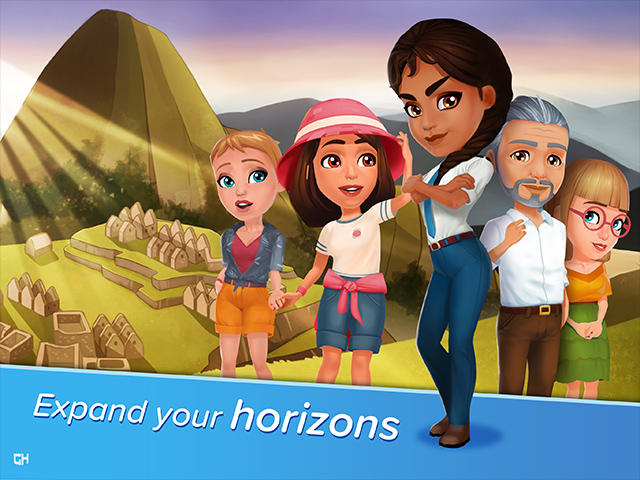 Options include separate sliders for Music, SFX and Quality, Hints, Full-screen and choice of Difficulty (which can be changed from the main menu.)

Snuggford Airlines has teamed up with a travel agency for a 7 Wonders tour around the world!  Everything starts out well, until the press gets wind of some information about last year's crash that results in high drama for the crew.
https://steamcommunity.com/sharedfiles/filedetails/?id=1922533611 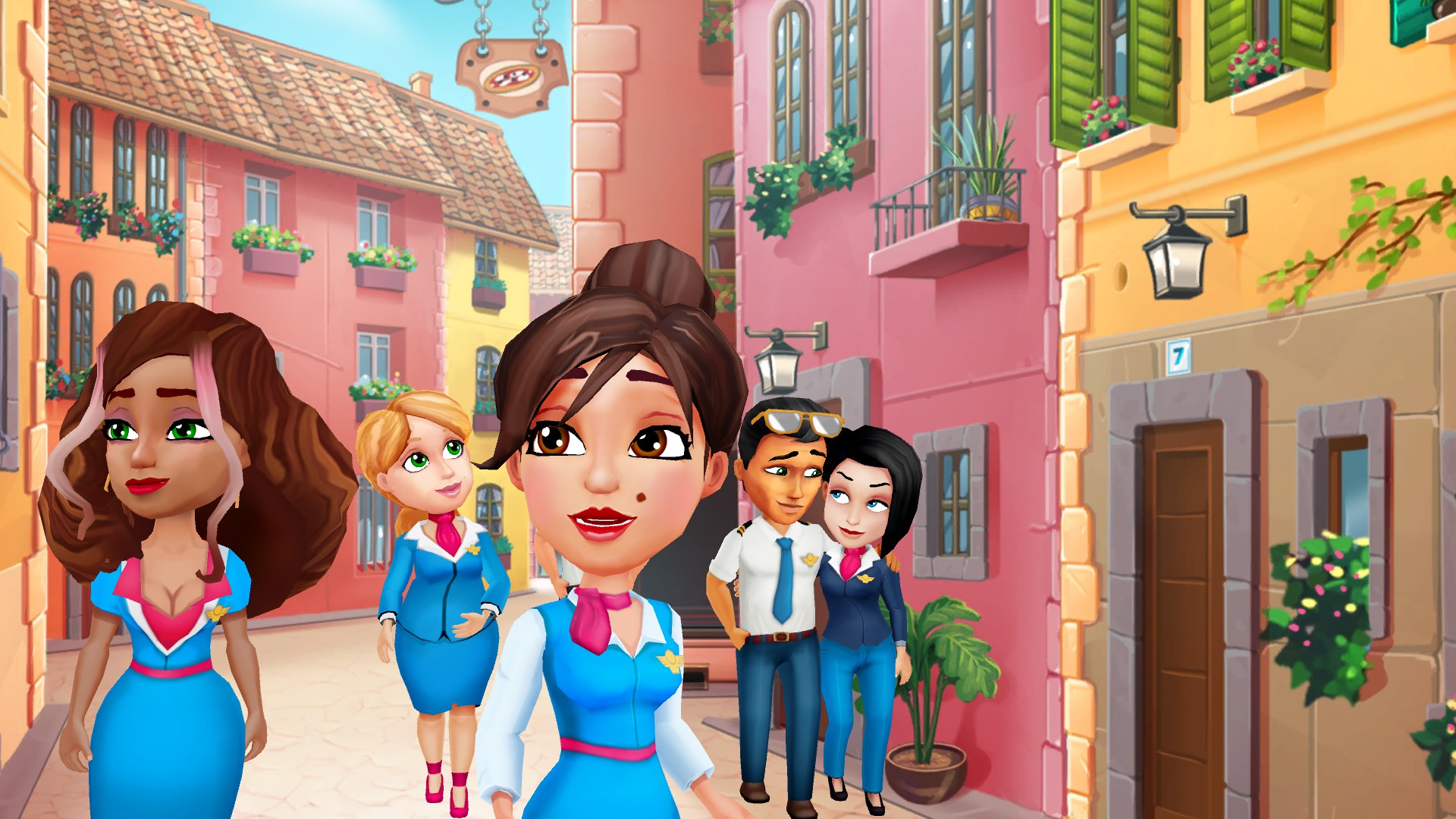 There are beautifully-interweaving storylines that kept me locked in to the game, even when I needed to turn it off for the night.

One of the side stories is about GameHouse Original Stories first (that I know of) gay couple.  Their relationship is beautiful and full of love, but -- for those who might be uncomfortable with this kind of thing -- they are not demonstrative.

I described the basic gameplay in my review for the first Amber's Airlines game, so check that out if you have any questions.  Let's instead focus on what's changed.

Instead of focusing on the airport and airplane, most of our time is attending to our VIP's at each location.  Among other things you'll take goofy pictures of passengers with the monuments, serve tea in China, brush camels in Petra, draw henna in India, party the night away in Rio and -- yes -- spend some time in the airport in Snuggford! 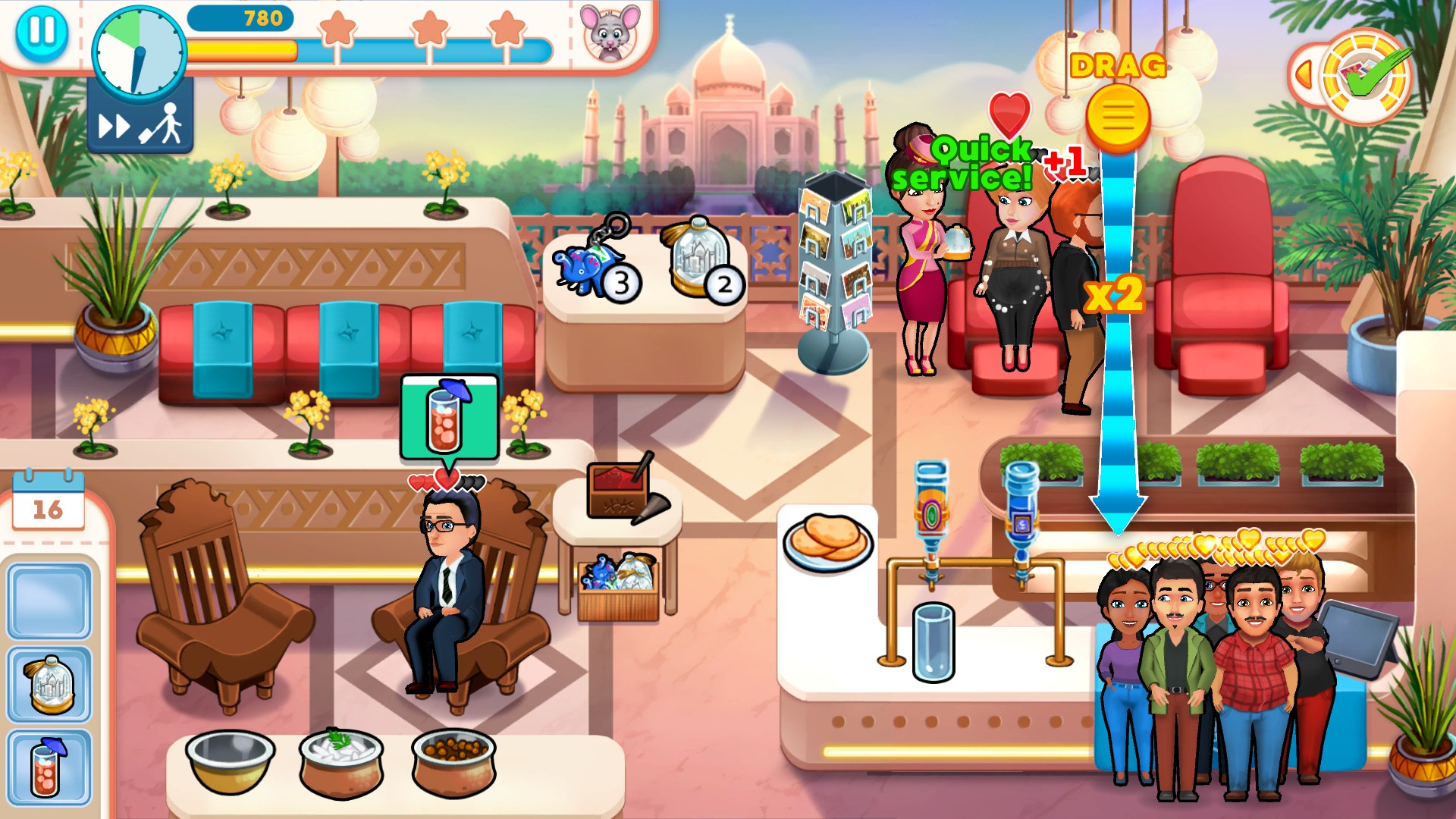 Something else new is that we have a button that will allow us to call in another passenger sooner than they are scheduled to be there.  This isn't like Detective Jackie where you're getting extra customers to help buff your points.  It's the normal # of people, but it means that you can finish the level more quickly, and any time left on the clock will be added to your points.

The first two levels of each location is spent in the VIP lounge of the airplane, where Amber will serve local cuisine (and more) during the flight.  I love this setup, as it really makes you feel like you are traveling with them.

We still have a diary that gives us a little extra story as we unlock achievements, but this time around we have something more interesting to spend our diamonds on... Clothes!  Angela has designed three choices of outfits that you can mix and match for each location!

Mini-games are nicely-varied per location, and you won't be doing the same thing everywhere you go, adding a nice variety and keeping things from getting repetitive. 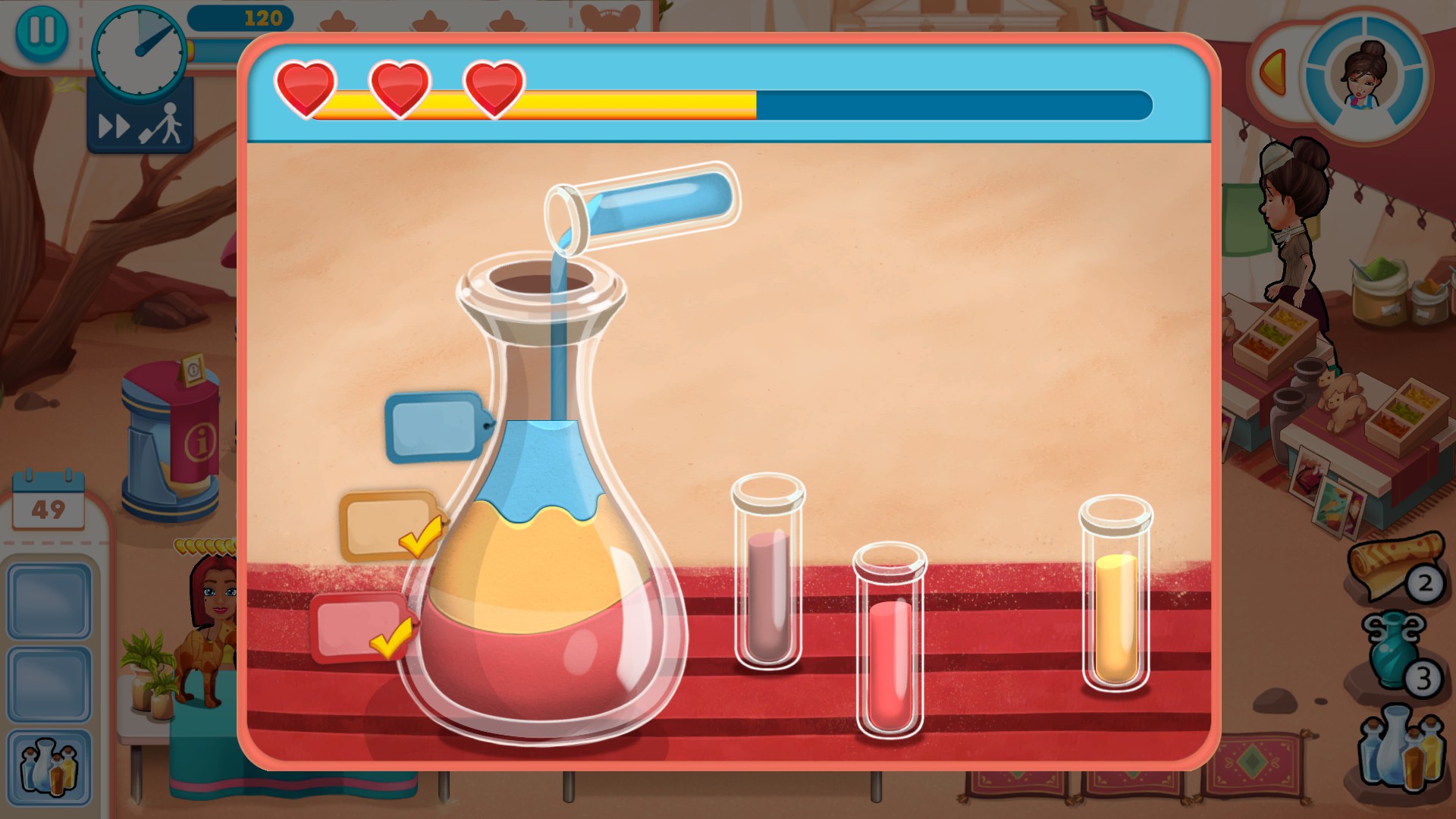 Speaking of which, like the first game, playing all of the bonus levels back-to-back can get repetitive, but I think they were more fun this time around.

If you need help finding any of the mice or hidden logos, check out the Official Walkthrough!

Although I liked the first game, 7 Wonders really shines in comparison.  The storylines are engrossing and beautifully woven together, the gameplay is nicely-varied and they did a great job making it feel like you are actually traveling.  Great game which I enjoyed tremendously!
_________________
Never be a prisoner of your past.
It was just a lesson, not a life sentence.