You are not connected. Please login or register
4 posters

True Fear: Forsaken Souls Part 2 is the sequel to one of the best rated horror escape games, acclaimed for its story and the atmosphere of horror mystery.

True Fear: Forsaken Souls Part 1 is #3 on GamesRadar "The 10 best hidden object games you can play right now" list, praised for an "engrossing puzzle gameplay" and being a "impressively scream-worthy experience". We've built on our know-how of making a story rich horror mystery escape game to craft a better and significantly longer adventure sequel.

Holly Stonehouse followed the clues from her old family house to finally arrive at the Dark Falls Asylum and again see that someone was there before her, waiting for her. However this time she is no longer a spectator and what follows her is no longer just a shadow - the danger is real as the Asylum comes alive at night. Collecting clues, going through notes and photographs, unlocking devious puzzles and constructing complex chains of adventure actions, help Holly escape the night and find the answers. Was her mother crazy or was there really another sister? Did her mother commit suicide? How could Dahlia "come back" after the fire and who or what is the terrifying thing that Holly saw at Heather's house and that kept following her ever since?

True Fear: Forsaken Souls is a trilogy and Part 2, longer, with twice the puzzles and with even better graphics, will not disappoint you! If you are new to the series, please try the free demo!

Fair warning, we are a tiny indie developer and this is the first time we release a game without a publisher, so there may be glitches in the game. Please send us a message on Facebook or simply wait a week or two and the version will be updated! We apologize for the (hopefully) unlikely inconvenience! We will also be adding more content over the next weeks - more in-game music and sounds, much more bonus material, some new adventure actions, possibly a couple of new jump scares and even at least one subplot that we didn't have time to finish.

- Explore a large open world.
- Use Map for fast traveling.
- Solve more than 40 puzzles.
- Watch over 10 minutes of elaborate cutscenes.
- Add hundreds of notes to your diary to fully immerse in the story rich mystery.
- Find 14 hidden character figurines and retrace the events.
- Unlock 30 achievements.
- Unlock Bonus Material (more added all through November). 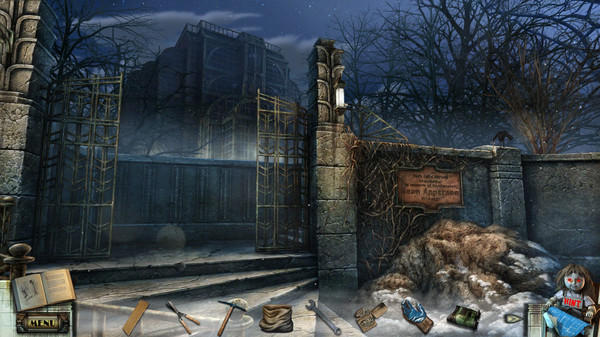 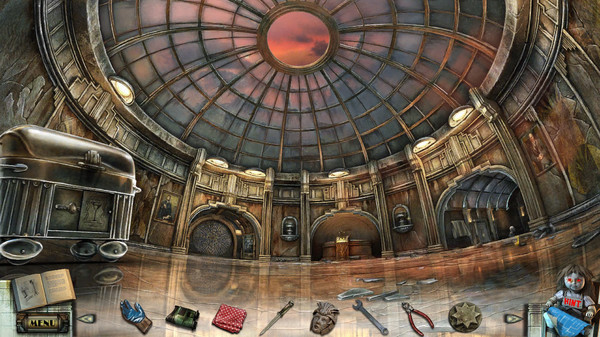 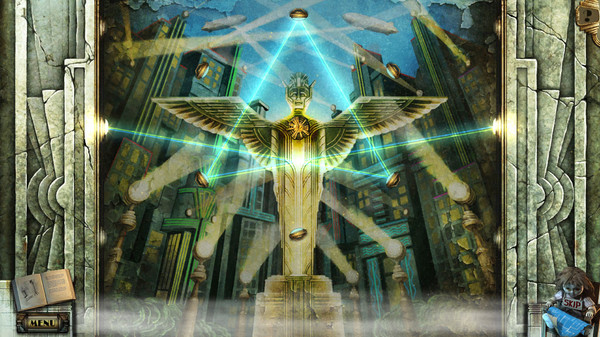 
I would have known about this myself if I hadn't just tossed the latest Steam update telling me something new was happening.

(Guess I better figure out how to use that darn app, if I can find it.)
luvtoread 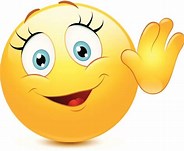 I bought True Fear right away.  I normally do not do that but want to support the Dev's
and also play the game.

I noticed the notes seem to look like a non-english translator wrote it.

Also,  no SG.   Which is probably a good thing--make me think rather than "being lazy"
Esme

Hey everybody! Long time no see. Hope you all are well... I'm just checking in!

So good to see you!  It's been such a long time!

Aw thanks, Genki! It's nice to have a few minutes to check in again. I wasn't sure if anyone would remember me.

I play in spurts, and still get massive eye-rolls from the ridiculousness but it's all good. I knew True Fear 2 was coming out, so I hoped you would have info on it, and you did!

Right now I'm in the middle of a particularly stupid game, so I definitely downloaded Steam and bought TF2!
luvtoread

I just finished TF2--looking forward  to the extra's coming out later.

I did enjoy the background story of the Asylum and had idea's.

I didn't get all the achievements and I am not sure I can.  The tapes for one-didn't know
there were more and the ones I found were only half of a tape.

Read the achievements and my sentence will make sense.

I want to tackle some of the Adventure games I bought.
Esme

luvtoread! How are you doing??? It's nice to see some familiar faces/names!

I was playing the newest Mystery Trackers, AKA Stupidity Under Water, and just got frustrated, so I decided to replay True Fear 1 again before I tackle the new one. It's still as amazing as I remember it... just shows what giving the developers time to do it right and with passion can do.

And the more talkative again genki too.

I managed to forget about True Fear 2 since my last post - something to be really scared about.

Absolutely the BEST game I've ever played in this genre, and now one of my favorites of all time!

Options range from separate difficulties for gameplay and puzzles (yes, the puzzles ARE different on Expert Mode!), 9 languages, subtitles (on by default), Custom Cursor and separate sliders for SFX, Music and Brightness.
In addition, the game has controller support! ... for a point and click game!  How cool is that!

We continue Holly's journey to uncover the horrifying mysteries of her family's past.  Following the clues she's found along the way, she heads to the abandoned Dark Falls Asylum, but it seems that she is not alone...  Is someone here, stalking her from the shadows?  What happened to the man who disappeared here, and is SHE real, or just a figment of Holly's panicked imagination? 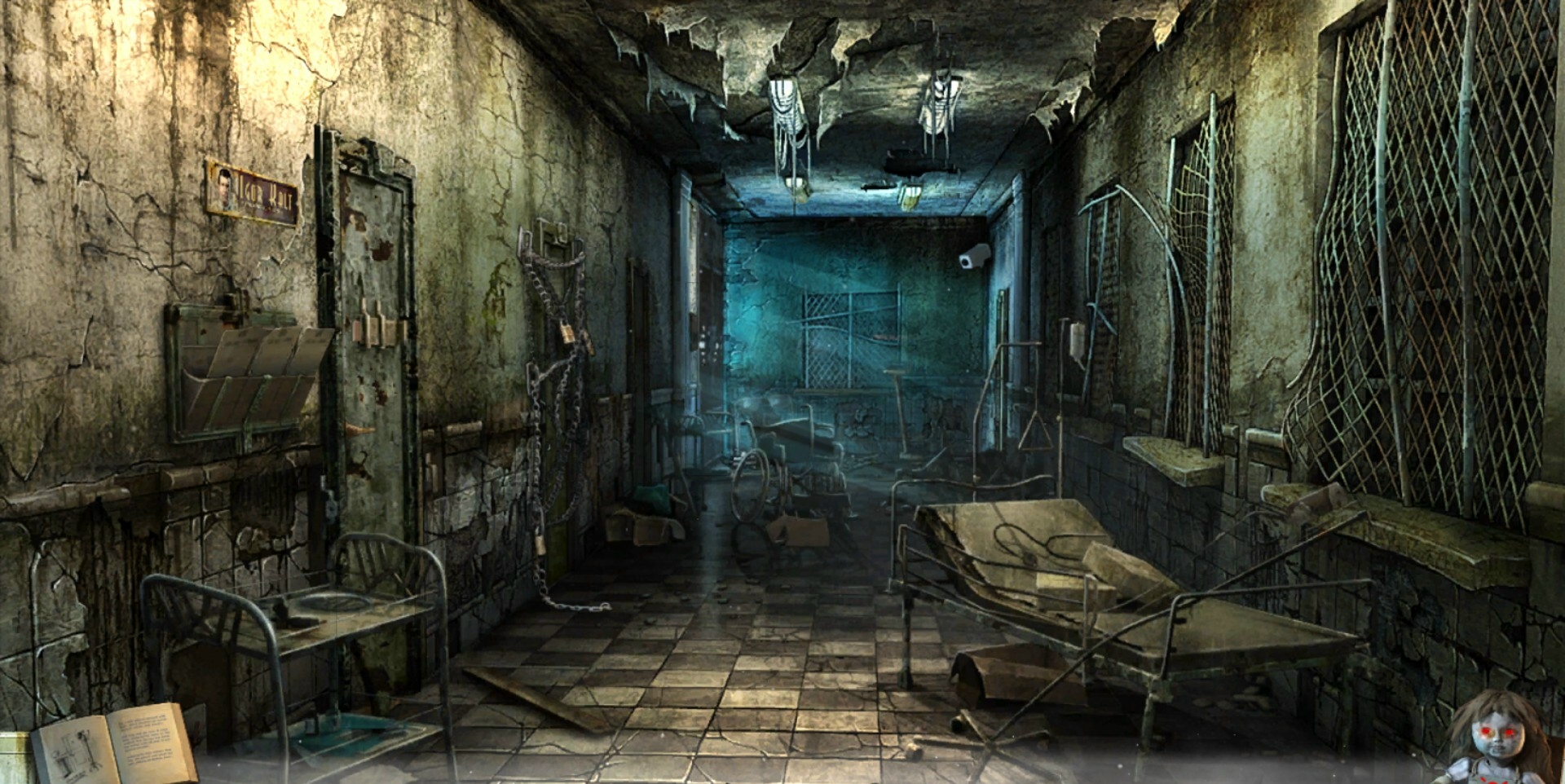 This is a story-heavy offering, and our Journal is packed full of information.  There are tabs for your personal notes and clues under Journal, and Case Files tracks the pieces of story that you find... and there is a LOT to find.  Click on the Back button in the bottom right corner of the Case Files section to find links to all of the evidence you've discovered thus far.

We have a lot of story elements in the game, and the cutscenes add to the drama beautifully.  They are very well-voiced, well-directed... It almost felt like being part of a movie!  The graphics are deliciously creepy, but there is also beauty to help balance out the terror of the situation.

There are collectible statues, and you will also want to watch for diary pages and cassette tapes.  All of these things expand on the story, and some can be missed, so look carefully!

This is not a hidden object game; it's what I call an Adventure-lite, which is a game that plays like a HOG, but has no hidden object scenes.  That means that all of the elements that we would expect from a HOG are present:  Interactive, instant-transport MAP; a HINT button and directional HINTS; puzzles galore; a lot of adventuring (who'da thunk? ;D) and -- in this case -- a whole lot of story.

Be warned that there are some jump scares, but they are well-placed and don't feel like cheap thrills at all.  Funnily enough, the scene that startled me enough to cry out was NOT from a jump scare! lol~

The Mini-games are all relevant to the story.  There's no "WHY am I doing this??" to the puzzles, everything makes sense... and there are only two actions in the entire game that had me doing a face-palm.

I did mention that there are a LOT of puzzles, and yet it was the adventuring that dominated the game. This was nine solid hours of riveting story and gameplay that I had a VERY hard time tearing myself away from!  I made ample use of the interactive map, or it would have probably taken me MUCH longer to complete! 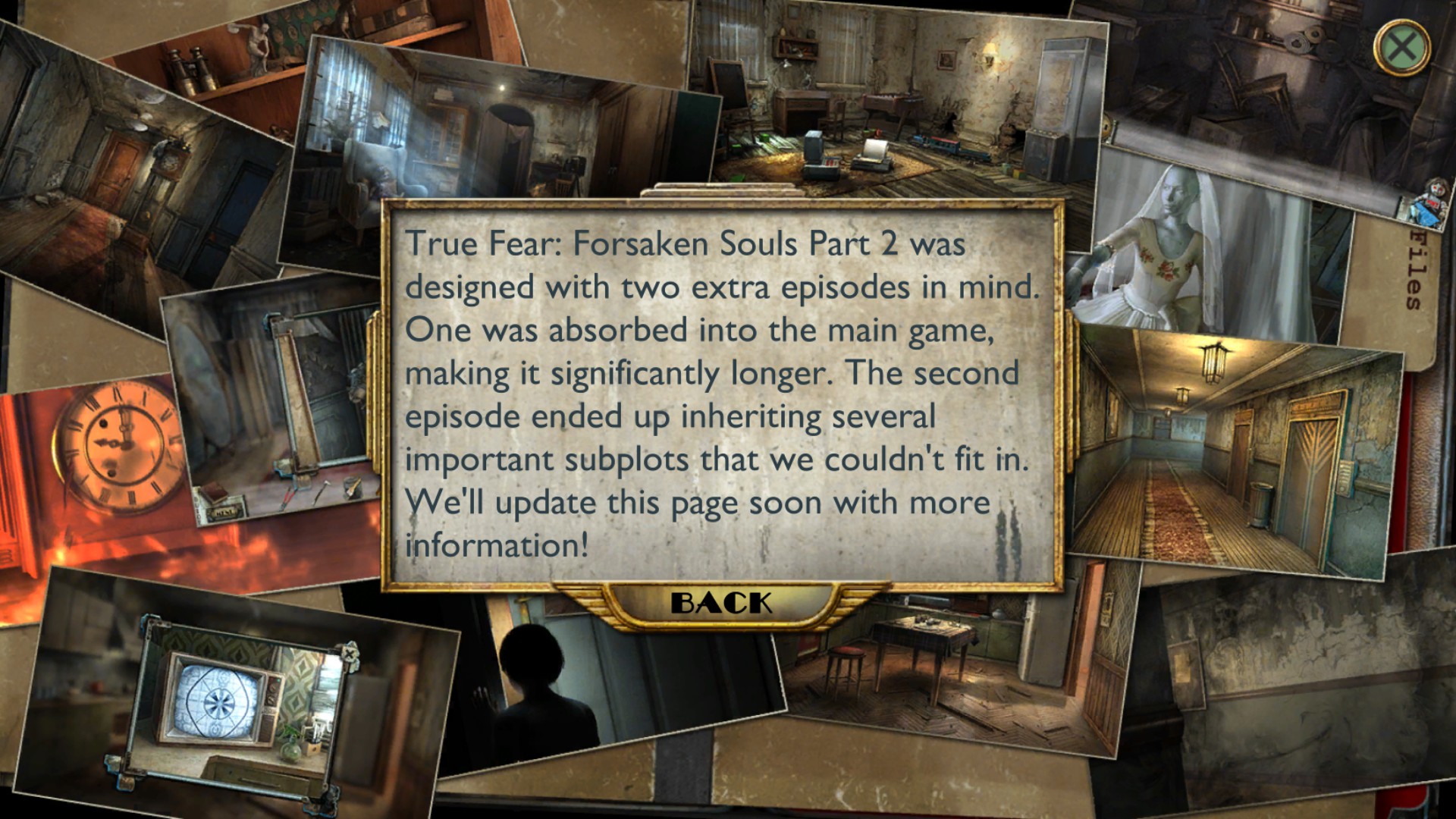 You may have noticed that there is NO Strategy Guide!  Honestly, I don't think that games that have hints and interactive maps actually need a Guide.  What's the point, except to be able to cheat on the puzzles or figure out what to do next without using a hint? lol~

The collectible statues are really well-hidden, but if you love the story, you'll want to try to find them all!  Each one gives you a snippet of background on the characters in the game.

This is well-nigh the perfect game.  It has a lot of fascinating story elements; the gameplay is logical and fun; it's long, but doesn't overstay its welcome; the characters are interesting and beautifully-voiced; it's creepy - even scary at times - without being nightmare-inducing; the music and sfx are great... I have nothing but praise for this series!  The first game was excellent, and this one absolutely blew me away, so don't wait for the final chapter to be released!  Get them both now, play them both now... and enjoy the creepiness that is TRUE FEAR!
_________________
Never be a prisoner of your past.
It was just a lesson, not a life sentence.