Fight reality and the dream world to save your true love!

Every night, your beloved wife Elizabeth, who died in a car accident, comes to you in your dreams. She seems to be calling for you - but why? One morning you find a strange clue from your dream that sets you on to a path full of adventure and intrigue – perhaps it's the path to your wife? Your reality is now mixed with your dreams as you battle with unimaginable invisible forces that are trying to prevent you from reuniting with Elizabeth. Undeterred, you pursue her ghost, discovering new clues in a variety of locations as well as meeting a fluffy feline who will help you on your way. Is this reality or a dream? Whatever it is, you know you have no choice – after all, you love your wife and are ready to do anything to save her… 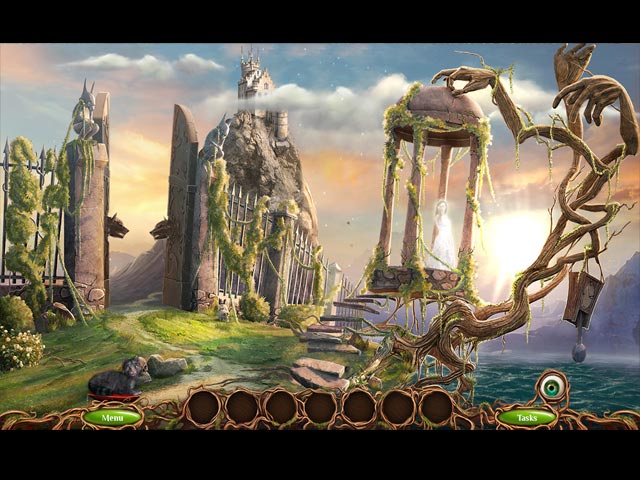 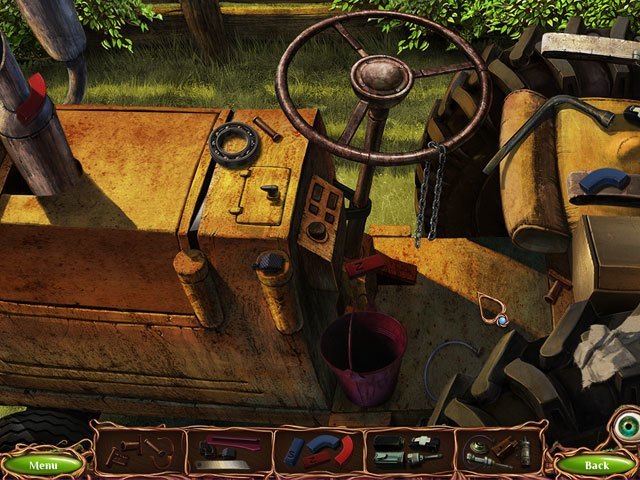 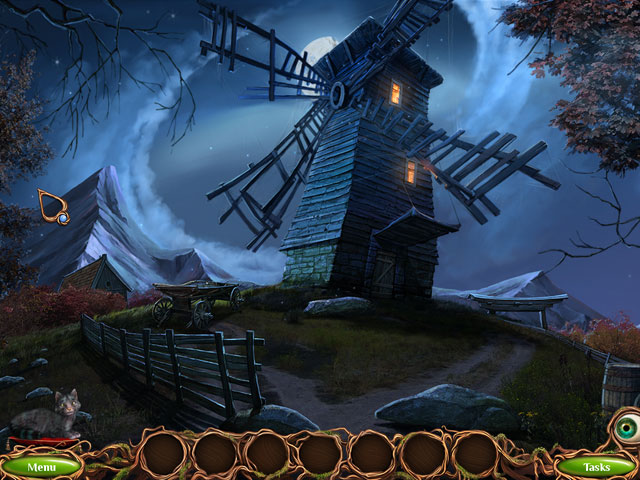 Re: The Last Dream (FROG)

Options are basic, with separate sliders for music and sound, cursor choice, and full-screen/windowed, and with four difficulty levels.  Tutorial is optional, though disabled if you are playing on the hardest difficulty.

Cutscenes are skippable, and are all live-action.  The music is pretty, and the acting is OK, though the English voice overs are nearly cringe-worthy.  The game does a very nice job of integrating the live actors into the game itself by using a graphic effect to make them more suited to the environment.  Definite kudos for that!  The graphics in general are very nice!

There is a rechargeable hint button and a task button to help you keep track of what you should be doing, but no journal.  On the puzzle scenes, there is also a button you can click on to get instructions.  Speaking of the mini-games, most of the sites I went to have a screen of the pearl puzzle.  Be aware that this particular puzzle is fiddly!  The pearls can take several tries to place, even if you're placing them correctly.  As long as you're following the instructions, keep trying!

Gameplay itself is primarily adventure-lite with some interactive FRagmented Object scenes, which are NOT repeated (unlike most hidden object games, who seem to recycle the scenes at least once.)  We have a scary-cute cat as a helper, and inventory items can be combined.

A pet peeve of mine is when we're expected to do things that make absolutely no sense, are dangerous, and/or defy the laws of physics.  Well, The Last Dream does have us doing some nonsensical things, but because of the story line, they are not only forgiven, but expected... We ARE talking about dreams, after all!

I was pleasantly surprised to find that the story did not go in the direction that I expected... After all, predictable is boring!

Overall The Last Dream took me about four hours to complete, and was a nice change up from action games I've been playing lately.  Definitely a good one for the casual game-lovers!