Mother of an Autistic Weighs in on Vaccinations

Mother of an Autistic Weighs in on Vaccinations

This is a compelling argument, written by a woman who is both passionate and informed.

I have two children. A 4-year-old blonde spitfire with autism named Kate and a 6-year-old delicate darling with various health problems named Grace. So, you see, I have a lot invested in this vaccination argument that has dominated far too much of the Internet these days. For me, the answer is simple. Vaccinate your children. Don't take it from me; take your advice from a board certified physician and not from "something you read on the Internet." 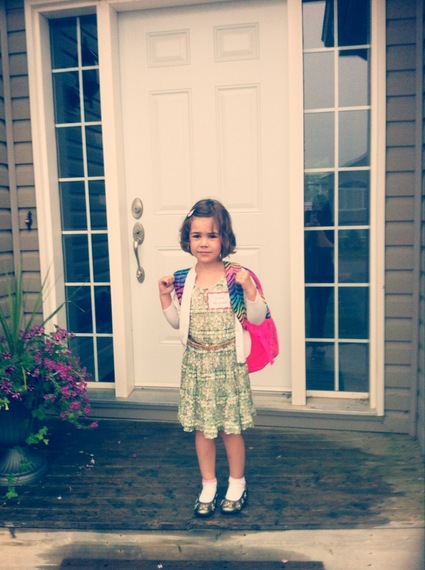 Do I believe that vaccinations caused Kate's autism? No. Not even a little. I would be more apt to believe that "drinking green tea during a full moon when a left handed pitcher threw a no-hitter in July" is the cause. That is how arbitrary some of these suggestions seem to be. There is documented evidence that vaccinations DO NOT cause autism. There is no documented evidence about the lefty pitcher thing. Do you see what I am getting at? It is dangerous and irresponsible to spout unverified, non-evidence-based theories in a world where articles like: "10 Reasons to Leave Your Spouse" go viral. We must be educated enough to decipher news from propaganda and lies from truth. If you're feeling overwhelmed by the sheer mass of information on the internet then ask for help from someone in the field that is trusted and well-respected.

Furthermore, it might surprise you that I am asking you to vaccinate your children, not to justify my stance that Kate's autism was not vaccine related, but because your unvaccinated children are a danger to other children, and most importantly, a danger to my Grace. She has been, at times, of fragile health. She cannot fight germs and viruses the way you and I can. There is a good list of recommended vaccinations from birth through age 18 that I use to make sure my two kids are vaccinated. It is my job to protect her and vaccinating her and her sister is one way I do just that.

Autism has been hard. It has chewed us up and spit us out, at times. I won't deny that, but Grace's health problems have been far worse. Her asthma and her bouts with pneumonia have been the scariest moments of my life. Her enlarged heart, heart murmur and tendency to contract every virus going have terrified us. She is so fragile. The thought that you would risk your own child to diseases that scientists had at one time eradicated fills me with an anger that overwhelms me at times. I want to shake you. I want to scream at you. I want your doctors to shake you and scream at you.