You are not connected. Please login or register
5 posters

The Vanishing of Ethan Carter

The Vanishing of Ethan Carter

The Vanishing of Ethan Carter
by The Astronauts - September, 2014

The Vanishing of Ethan Carter is a first-person story-driven mystery game that focuses entirely on exploration and discovery. It contains no combat or explosions of any kind. If our game leaves any scars, we hope you won’t be able to see them.

You play the game as Paul Prospero, an occult-minded detective who receives a disturbing letter from Ethan Carter. Realizing the boy is in grave danger, Paul arrives at Ethan’s home of Red Creek Valley, where things turn out to be even worse than he imagined. Ethan has vanished in the wake of a brutal murder, which Paul quickly discerns might not be the only local murder worth looking into.

Inspired by the weird fiction (and other tales of the macabre) from the early twentieth century, The Vanishing of Ethan Carter aims to significantly evolve immersive storytelling in games. While it features a private detective and quite a few mental challenges, The Vanishing of Ethan Carter is not an especially puzzle-ridden game. Our focus is on atmosphere, mood, and the essential humanity of our characters.

Still, the discoveries won’t happen on their own, or without your help. Using both Paul’s supernatural skill of being able to communicate with the dead, and your own powers of observation, you will discover the mystery behind a trail of corpses, the roots of a dark ancient force lurking in Red Creek Valley, and the fate of a missing boy. 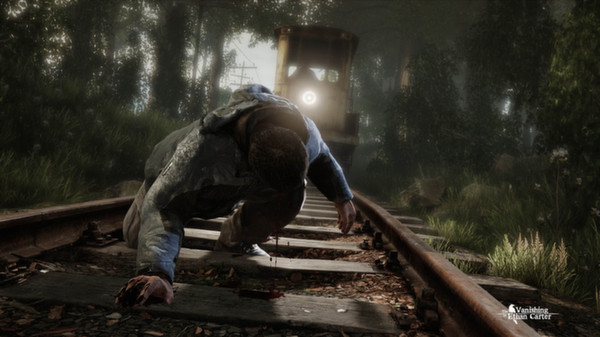 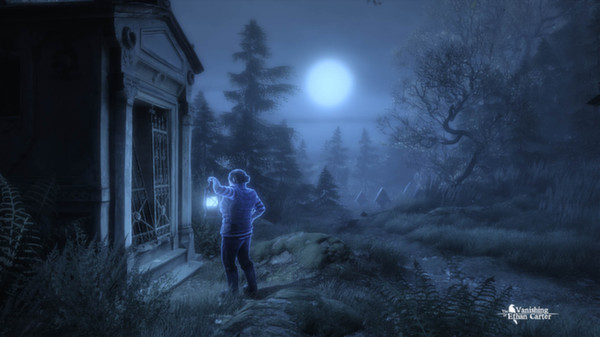 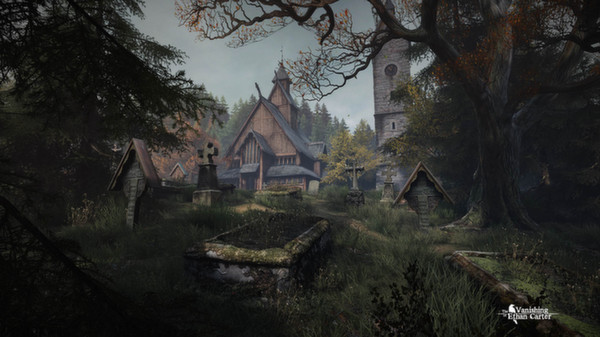 I can hardly wait to d/l tomorrow...

I will watch you from afar.  I was planning on getting it for the PS4 when it comes out on that.
luvtoread

I have this on my wishlist.
genkicoll

Me, too.  We'll have to join in on the group play some time down the line

I've gone in to the game and really like it.  Looks like a very in-depth game, however it's an auto-save, so don't know yet where I'll be when i go back in.  Also, don't know if you need to find everything or do everything before moving on, and if that has anything to do with where you pick up when re-entering.
marianne

This game is more in-depth than I thought.  I re-entered the game and was taken back to the tunnel, and learned that I had not completed what I was supposed to do.

There is a specific way to play the game.  Here is a video link on how to play it.  There are some spoilers in it, but if you don't watch this, you will miss out on how the game is supposed to be played.

This is an awesome and interesting article -- I highly recommend checking it out!

Oh. My. Gosh. I watched the video and this game looks AMAZING!!!!
genkicoll

The Vanishing of Ethan Carter (Adventure)

There are so many options that it would be completely boring for me to list them all, so here are just a few:  Resolution (640x480 up to 1920x1024), Language (subtitles are the default), Full-screen, Quality, five different sliders for Sounds, etc.  You can play with the mouse and keyboard (key mapping is allowed) or with a controller, which is what I chose.

I could not play the game without it crashing when I was using a 32-bit system, but once I upgraded my Windows to 64-bit, it ran like a dream. (Happy day!!)  It will auto-save at certain points, but there is no manual save.

Controls are basic, with movement, camera (full 360 at your fingertips), a button to inspect/interact, one to crouch, one to zoom, and one to run.

There are 12 achievements that unlock simply by playing through the game, but there are also two secret achievements to be had.  One is rather easy to get, and the other is in three parts.  You could spend hours combing through the lush environment and still possibly miss part one, but oh -- what a beautiful place to get "lost" in~!

If you've seen anything about the game, you already know know gorgeous the graphics are.  There is a brightness slider if you're worried about not being able to see, but what I really would've liked to see is a contrast adjustment.  I love it the way it is, of course, but the artistic side of me would've liked to make the visuals even more rich by increasing the contrast... but I digress! ;)

Those who'd like to just immerse themselves in the world of Ethan Carter will want to simply explore and learn everything by trial and error, but for those of you who would like the basics of gameplay, I'll add them in a spoiler text here:

Spoiler:
A prompt will come up whenever you find something to interact with.  You will find as you play that you can "see" things -- After all, you're a psychic detective!  The view will expand when you've done something right, so if you don't see much at first, keep exploring and try to find what you've missed.

In order to progress in that first recreation scene, you'll need to put everything back the way it was before the incident happened, then try again (it will make sense when you play.)

There's a fascinating dynamic that comes into play as you progress, requiring you to identify the sequence of events that took place.  This will come up in multiple areas, revealing more and more of the story as you go.  It can be surprising, even confusing at times, but everything ties together at the end.

Ethan Carter envelopes a realm full of beauty, wonder, and -- at times -- fear and unease.  The devs gave us a gift towards the end by allowing us instant transport to specific areas of the map so that we can continue to explore without having to spend 10 minutes or more just running to get back to where you want to go... Which is a good thing, because the game won't let you see the ending until you've discovered all of the story elements!

As for said ending, I really can't tell you anything without giving something away, and I wouldn't want to ruin it for you.  The Vanishing of Ethan Carter is something to be experienced for oneself, then talked about later.  I will say that I think that the second playthrough will be even more enjoyable than the first, now that I understand how to play.  Totally recommended for those who enjoy exploring and mysteries.