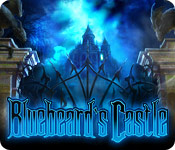 Save your sister from Bluebeard’s Castle in this incredible Hidden  Object Puzzle Adventure game! After the nefarious Count Bluebeard  decides to marry your sister Clarice, you realize that every one of his previous wives have turned up dead! Solve perplexing puzzles, scour  gorgeous locations, and find useful items as you save Clarice from an  untimely death at the hands of a madman and escape from Bluebeard’s  Castle!

I'm doing kind of a mini-review, rather than my usual long-winded info.

This is a game that is very well done, with beautiful graphics, a Drawn-like feel to it and interesting gameplay.

The problem is the loading screens. The initial load time is long -
long enough that some people thought that there was something wrong with
the game and never even saw it. There are also long load screens
during gameplay. Every time you move to or from different areas of the
game, you'll get the load screen.

I could usually deal with this with no problem. After all this is a
beautiful game, but there is no journal, and I have to keep wandering
around to try and jog my memory of where I need to do things. I love
the wandering/adventure-esque portions of these games, usually, but with
the delays during loading... It's gotten to where I just don't care
enough to continue.

Two things would have made this a stellar game: First, a brightness
control. The scenes are quite dark, and my screen simply can't be
adjusted any brighter than it already is. Second is the loading
screens, for the reasons mentioned above.

I think this is a very good game, and if you can get beyond the issues I've mentioned above, you might really enjoy it

When I wrote the above, I did not know that there had been a developer
update for the game. After deleting and redownloading the game, I found
the following:

There is still a long load time when you initially start the game -
longer than before - but there is no longer the constant load screens
whilst trying to move about the castle. The scenes have also been
lightened, which was my other complaint, so I'm very happy, and enjoying
the game much more.

Easier Than Most But...

I enjoyed this game because for once the puzzles were not too hard for me, the HO scenes were clear and attractive (in a macabre sort of way) and the graphics were good, though somewhat grainy on closeups.

The "but..." is because there is no journal/map/task list available outside HOS and therefore I spent too much time trying to figure out what I missed. Hint was worse than useless - "Investigate the castle and its grounds for more clues" is not helpful.

The story is simple and familiar, but that's not necessarily a bad thing. It meant no confusion trying to figure out what was going on. The clues are presented in verse which is kind of corny but also kinda nice.

Considerable imagination went into making the locations varied and interesting.

I'll be playing it again - often