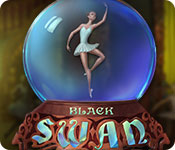 When handed a dark and mysterious note during a performance of Swan Lake, noted spiritualist and medium Victoria Bonpartie has a chilling vision and is compelled to investigate.

Explore the haunted history of a ballet school while guided by spirits from another dimension! Can you help guide these poor souls home? Find out, in Black Swan! 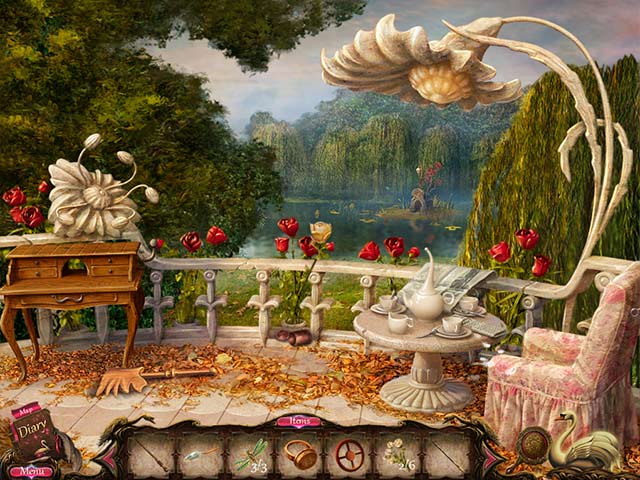 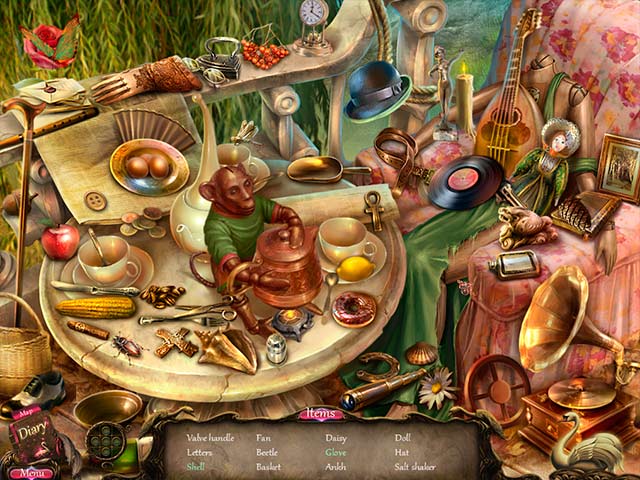 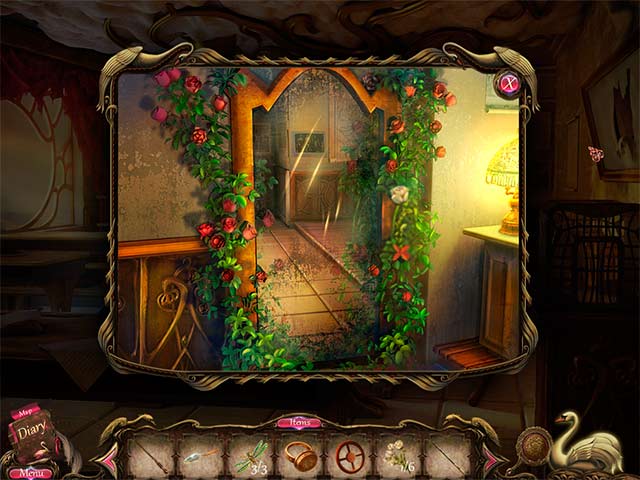 Save the souls of the lost children.

Options include separate sliders for Music, Ambients, Voices and SFX, Full-screen, Widescreen and Custom Cursor.  Choice of Casual, Adventure or Challenge mode, which can be changed at any time.

Glitch-alert: There is an area at the end of the game that will either become unselectable or - in my case - boot you out of the game if you place items in the wrong order.  This is NOT a game-stopping bug.  If it happens to you, just try again, but place a different item first.  If you're still having trouble, check this thread at Steam.

You are a famous psychic - one of the rare people with a strong connection to the spirit world - so you are not surprised when you discover that someone has slipped you a note begging for your help.  Explore the haunted grounds of an old ballet school, and try to help both the living AND the dead! 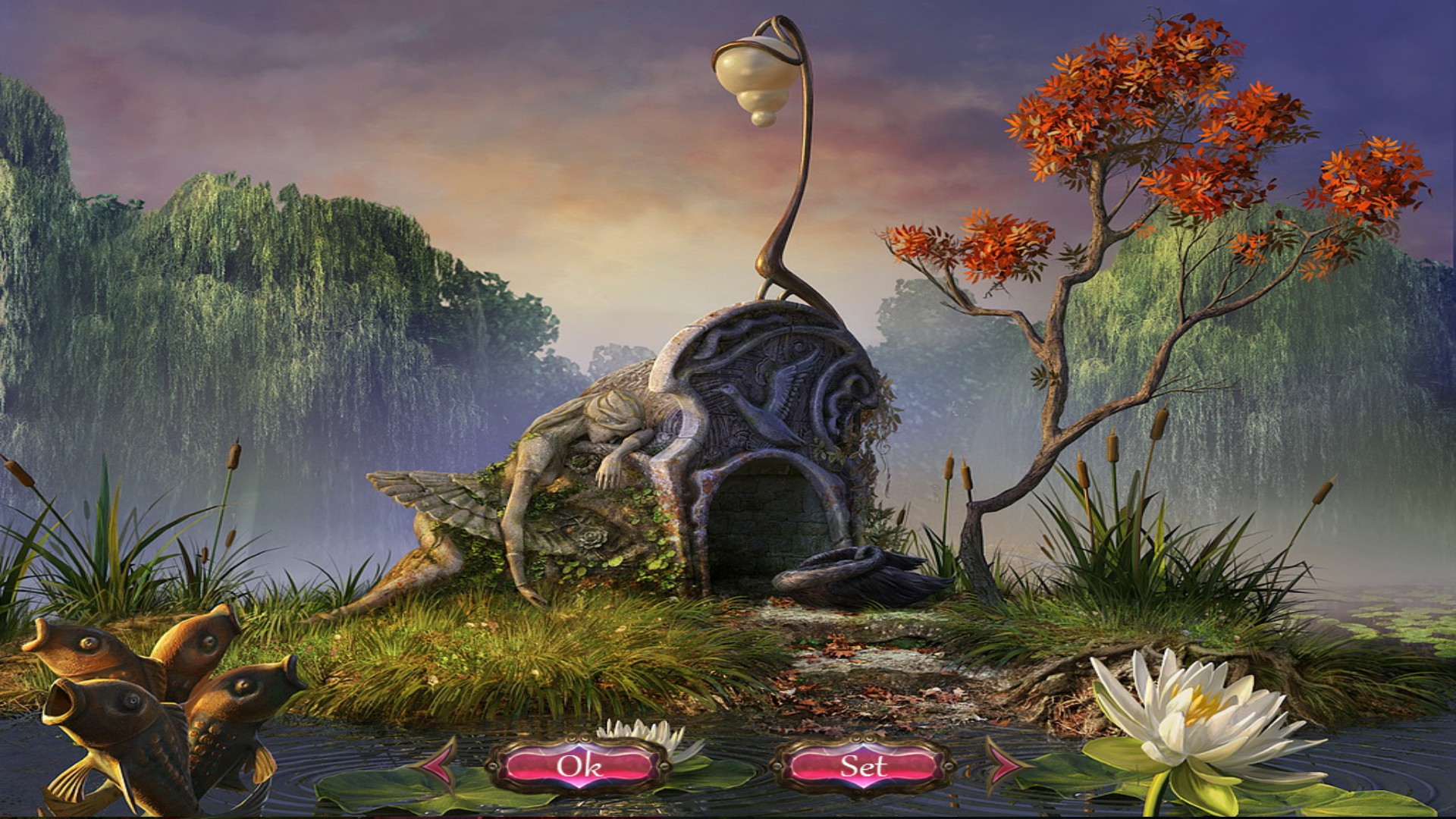 Our Journal gives us a lot of extra story, and has a couple of tabs.  You can switch back and forth between Tasks and Diary, and there's a separate tab for the memories of one of the students, as well.

There are some oddly-worded phrases and a few mislabeled items, so the localization isn't as good as it could have been.  This kind of thing normally bothers me (a lot!), but it didn't affect my enjoyment of this particular game.

Using HINTS during the adventure portion of the game will either pinpoint something on-screen or give you a directional arrow.  Our MAP is interactive, and has instant-transport available.

There is a mixture of silhouette-puzzle and by-list Hidden Object Scenes.  Some of the items are listed in green to indicate that it's a cursed, morphing object which you seek.  These are easy to spot due to the puff of black smoke between each morph, but it will appear as several different items, so it might take a while to spot.

I have to say that this game has the most challenging silhouette puzzles I've ever seen.

Clicking on items can be fiddly, so if you think you have the right solution, keep trying.

There is a recurrent mini-game that is used to progress the story.  In your inventory you have a mirror that will allow you to step into an alternate dimension.  In this distorted world you will collect a student's memories by finding runes that match the glowing blue symbol(s).  Finding these scraps of memories not only helps her remember the past, but has an effect on the physical world, as well. 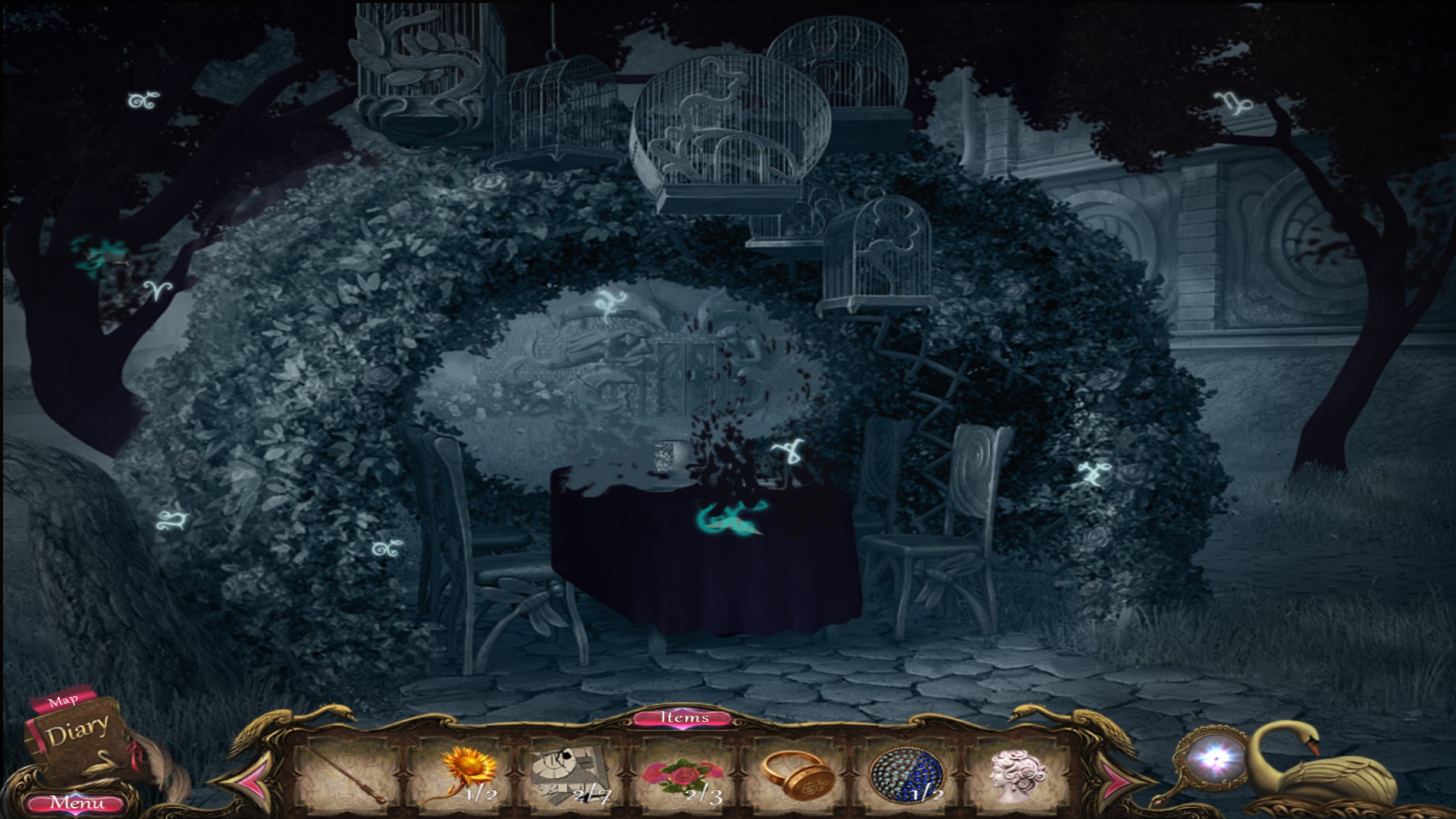 Other mini-games range from normal difficulty to "You're kidding..."

The voice overs were good, and the soundtrack consists of gorgeously-rearranged classical pieces that fit the mood of the game perfectly.  Graphically the game just shines, with every scene more beautiful than the last.  The character design of the ghosts was reminiscent of The Nightmare Before Christmas, but I enjoyed that. hehe 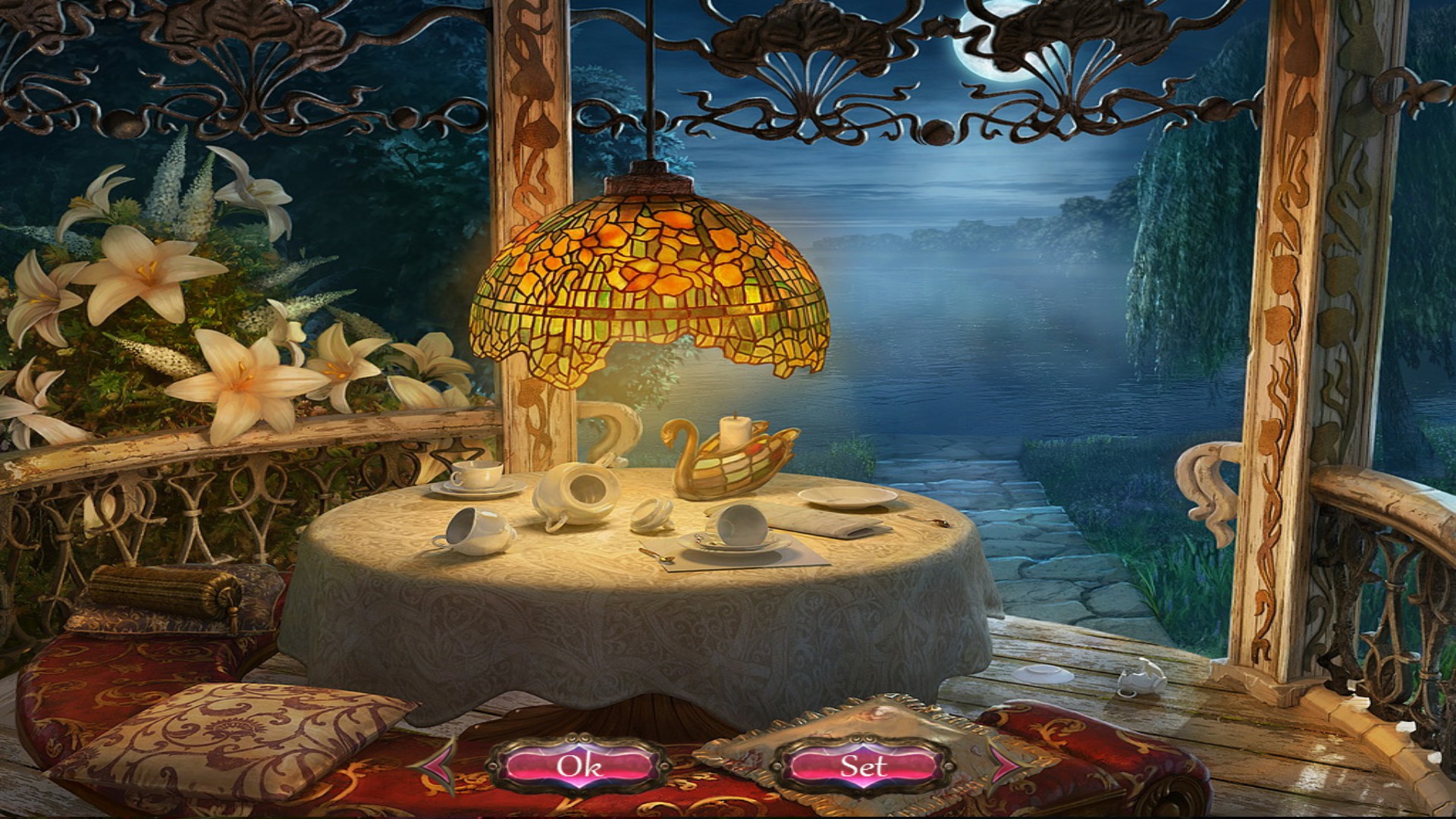 The ending of the main game was a little abrupt, but still a good stopping point.  The extra chapter takes up several weeks later, and takes us back to the "asylum" (orphanage?), but new areas have opened up for us.  The children have been having nightmares for weeks, and then one of the girls finds an old mirror... Your talents are once again needed to remove the darkness once and for all.

This game is imperfect.  There are errors in the English, you sometimes have to click or place items in JUST the right place and there's a (easily-fixed) glitch towards the end of the game.  That being said, this game is also intriguing, beautiful, challenging, interesting and has a great soundtrack.  In this case the good way outweighs the bad, and I'm glad I played it.  Recommended!
_________________
Never be a prisoner of your past.
It was just a lesson, not a life sentence.