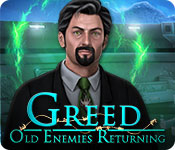 Dr. Goodwin's miracle cure is once again under threat and Sara has contacted you for help. Old enemies are up to new tricks at Pontoon Laboratories and this time they are willing to kill to get their hands on the cure. Help Sara look into rumors that strange energies are said to be haunting Pontoon Laboratories. This journey will be treacherous as you delve into the haunted lab to confront both the paranormal and living people looking to kill you on sight! 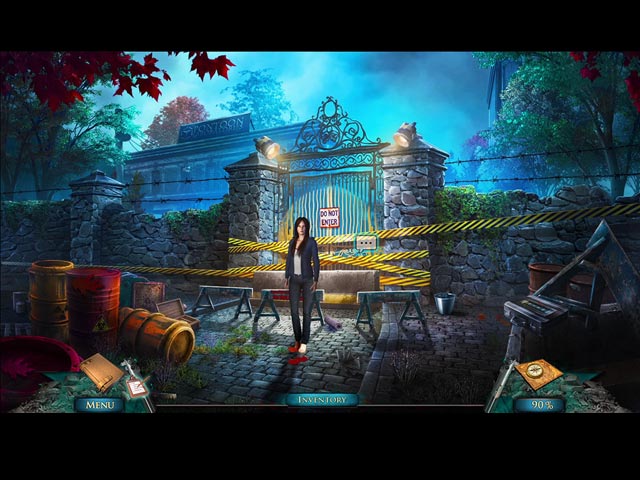 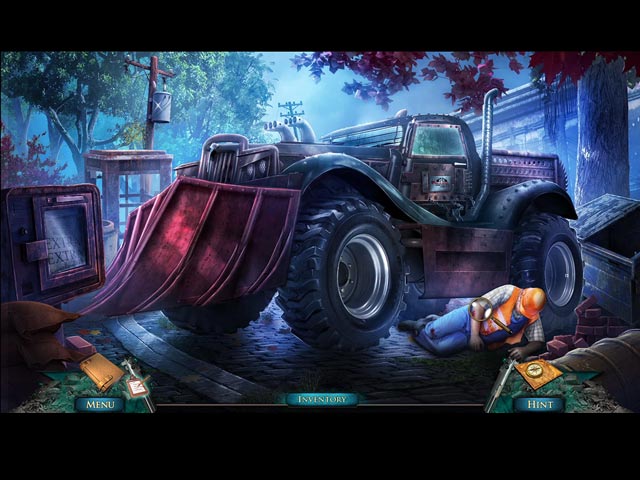 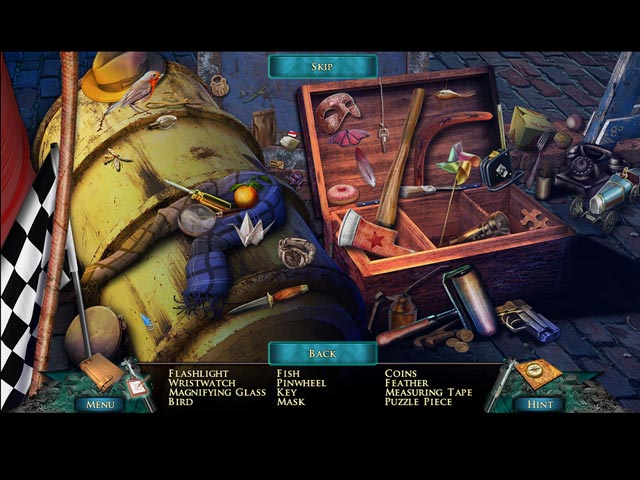 Choice of Easy, Hard, Expert or Custom difficulty, but you can only access this from the Options menu - there is no popup, and the default is Easy mode.

This third game continues the story from the first installment, Greed: The Mad Scientist (Forbidden Experiments is a standalone).  Although it's the shortest game in the series (about an hour and a half with no skips), I think that I enjoyed this one the most.

The opening scene hard to watch because of how badly the mouth movements on the characters is, but thankfully in further cutscenes the characters are static (the lips don't move.)  Much less distracting that way!

The voices are nicely-done, and I noticed that they are the same voice actors as in the first game.

Hidden object scenes will each be played twice, and in two different modes:  By list (no interaction) and by silhouette.  Like in the first two games, HOS can be skipped entirely once the SKIP meter has filled (provided that you are playing with this option).  You will find anywhere from one to three items to help you at each of these scenes.

UNlike the first to game, many of your inventory items need to be combined before you can use them, especially early in the game. We also have an interactive MAP this time around~!

There are no collectibles in this game, but we do have some bonus content:

The concept art was really interesting, showing the concept and final product of five scenes.

The storyline had a supernatural aspect to it this time, which might be why I enjoyed it more.  I also really liked the artwork (character non-animations aside) quite a bit.

As with the first two games, the logic is completely screwy, but since I've come to expect that with this series, I just let it go~  I DO appreciate that we get to use items in a non-conventional way, and the puzzles were widely-varied this time.  Much better!

Greed: The Mad Scientist may be the shortest in the series, but it's the one I enjoyed the most.  Recommended for fans of the genre.
_________________
Never be a prisoner of your past.
It was just a lesson, not a life sentence.