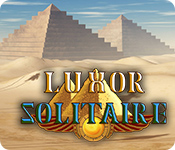 Get ready to journey back in time to ancient Egypt and the time of the Pharaohs. The Gods have summoned you to the banks of the river Nile. Only your solitaire skills will help to build the great city of Luxor. Solve complex solitaire puzzles and collect the regalia of the pharaohs. Explore the enchanting atmosphere of Egypt, its endless deserts and blooming oases await. 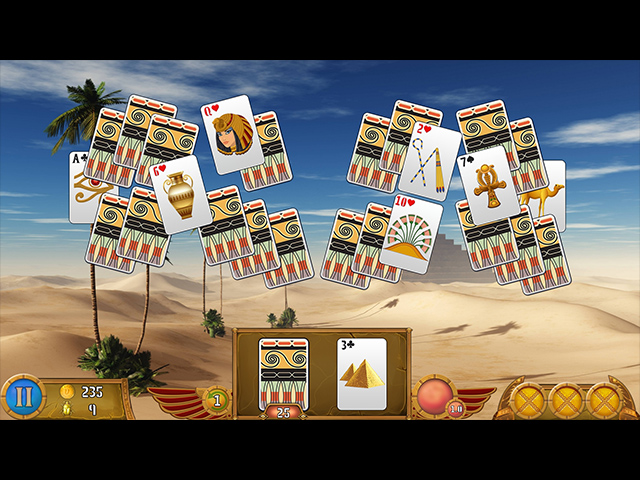 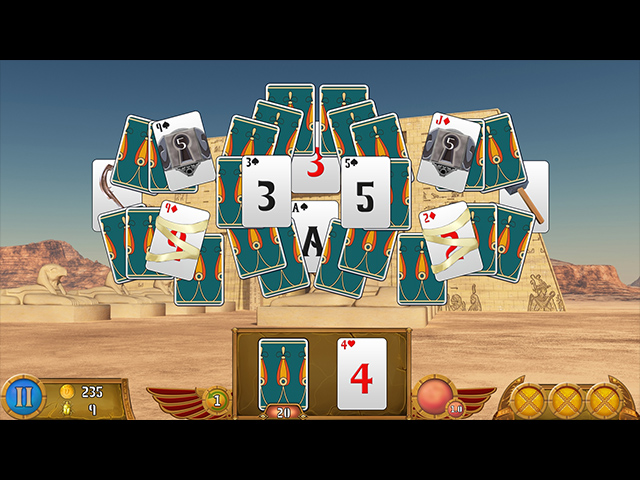 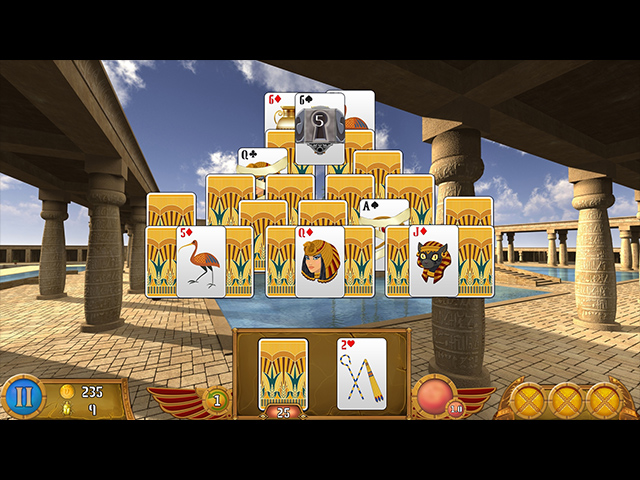 This is a nice, basic solitaire game, I love the backgrounds. I also like that it is basic for those times when you want to game but not too hard LOL
genkicoll

Options include Full-screen, Widescreen, Custom Cursor and separate sliders for Music and Sound.  To amp up the difficulty, you also have an option to play in Relaxed or Timed mode, which give you only 10 seconds to play each card.  If you don't play a card in time, you'll have to use an undo (provided that there's a move to make).

There is a choice of three different deck styles, and two card-face choices.  Backgrounds can be set as wallpapers.

The goal of each level is to collect Scarabs, which you will use to build the great city of Luxor.  You will also find gold as you play, and you'll use that gold to buy power-ups.  You are limited to three boosters at any given time, and if you use one, you'll have to either wait for the next level, or go back to the map to purchase a new one.  Powers include Joker, Remove 2 cards, extra Undo, etc.

Gameplay is your standard +1/-1 solitaire, where you make the longest number runs that you can in order to increase your gold multiplier.  There is also some strategy involved due to the placement of certain items you will need to clear obstacles.  For instance, you may have two machetes (for clearing vines) and two sledgehammers (for clearing rock) on the screen, but if you don't clear them in the right order, you may be unable to complete the level!  I do like this extra puzzle element, since it adds interest to the game~ :D 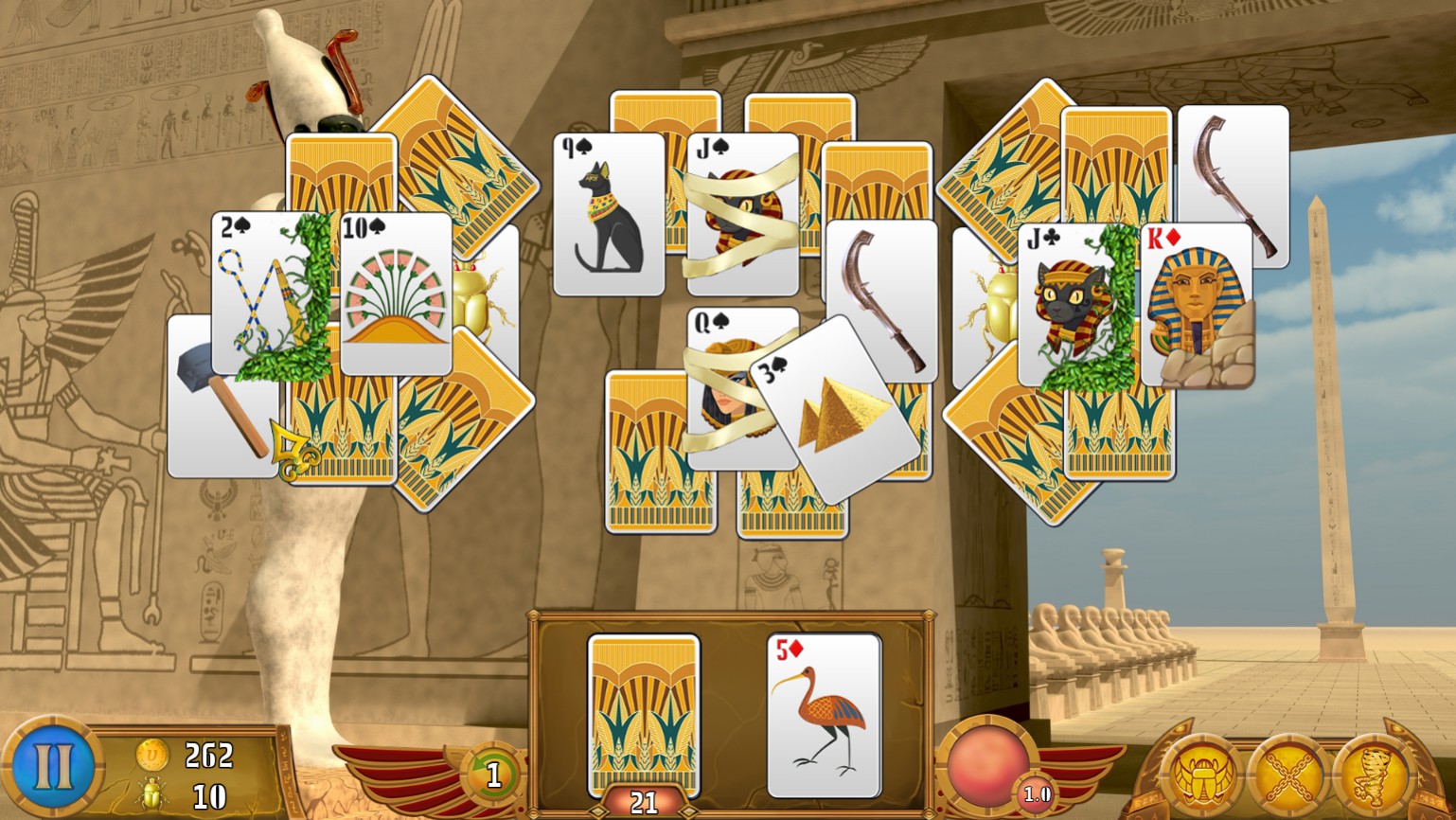 In addition to the above-mentioned obstacles, we also have the standard rope (aka Mummy) cards that you have to play twice, as well as cards that will not unlock until you reach a certain multiplier (ie. match 7 cards in a run).

Each hand is scored from one to three stars.  To obtain all three stars, you'll need to clear every card.  You CAN pass a level without matching all of the cards, but only if you collect all of the scarabs.

Replaying a level will NOT earn you extra scarabs, though you can earn extra gold this way.

There are 120 levels, total, with six in-game trophies that you can earn along the way.

Usually I do not review games until I've completed them, but this will be my zen game for quite a while, I think, so you get the review early~

Recommended for fans of the number-run solitaire style who like to just relax when they play.
_________________
Never be a prisoner of your past.
It was just a lesson, not a life sentence.