The Voice from Heaven

The Voice from Heaven 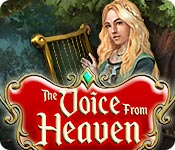 Help Aurora make the world better with her chants!

On a cold winter's night in the Frostwood Forest, an old woman found a baby girl which she named Aurora. She eventually discovered that Aurora’s chant had a magical, healing power to make the world around her a better place. One day, Aurora crosses paths with a sly young man named Beck, who wants to take advantage of her talent for his own gain. Will Aurora be able to heal the emperor and restore the cursed Empire? And who is this mysterious girl with an unknown origin and miraculous powers? 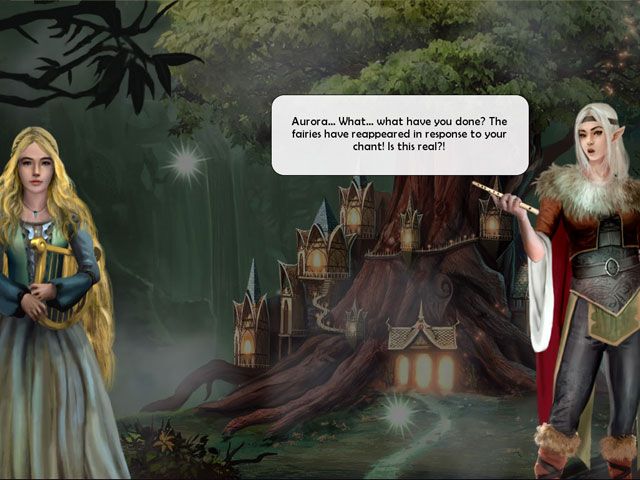 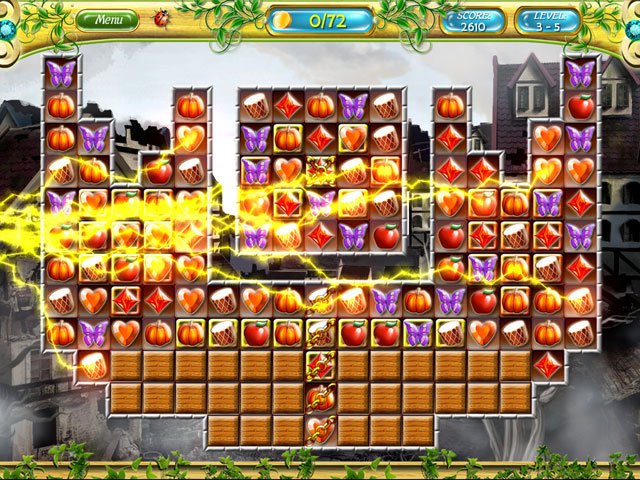 Re: The Voice from Heaven

The Voice from Heaven (Match-3)

Options include separate sliders for SFX/Music, Tutorial and Timed/Relaxed mode.  There doesn't seem to be any benefit to playing it timed, and there are no achievements, so only choose Timed if you like the challenge of possibly having to start the level over

Standard swap-to-match 3+ mechanics, with 100 levels to complete.  Five different areas with 20 levels each, and improvements you can purchase every five levels.  Upgrade areas will glow, and those that you can afford will shine like a star.

Collect all of the gold-rimmed tiles on the screen in order to progress (you do not have to clear every tile.)  Easier said than done when there are two gold to collect on the same square, PLUS they can have two chains on them, making for a grand total of four matches on the same square(s) to get all the gold!  Adding to the difficulty are the maps, which get more and more tricky as you progress, requiring you to lean heavily on...

We have six kinds of powers at our disposal (once we unlock them in early gameplay).  The top two help a lot, two are semi-useful, but the others - ice blast and fireball - are underwhelming.  Why?  They will not affect any special tiles on the board.  Not boxes, not chains, certainly not the gold tiles. In effect, they're glorified shuffle tools.  I expected the remove-like-tiles power to affect ALL of the like-pieces on the board, but not so!  If they're chained or gold-rimmed, they won't budge like the rest. :\

Charge your six tools by making matches with the corresponding elements.  The tile that charges them will change with each level, as you'll be working with a different tile set each time.

We have a few bonuses that we can earn by making matches of five or more.  Match-4 bonus?  Doesn't exist, and matching more than five is really difficult when you're working with six different tile-types at once!  I only managed to match-6+ four times in 100 levels!

The music ranges from nice to gorgeous, and the sound effects suit the game very well.  I was surprised to find that the narrator and heroine were very well-voiced, though the rest of the cast weren't quite as good.

Ahh, and this would be what kept me playing 'til the end.  Don't get me wrong, the gameplay is solid, but I personally like collecting bonuses and blowing everything up that I can all at once.  Sure, the game is more challenging the way they have it, but I wanted EXPLOSIONS, thank you very much ;D

Back to the story at hand.  Our heroine and her power to make everything around her better by being unwaveringly positive appeals to me, and I was curious where the tale was going to go.  Happily, it did not end in a matter that was boring and predictable... As a matter of fact, there is another segment of story after you think the game has ended that completely took me by surprise.

I enjoyed upgrading the towns we came across, as well as the story, but I think that devs missed the opportunity to make the game truly addictive.  Even the addition of a match-4 bonus would have made the difference for me ('cause you know - explosions!

), and achievements would have really upped the enjoyment factor.

If innocent purity and unswerving optimism make you gag, then this game probably isn't for you.  If, however, you'd like a little more positivity in your life, give it a try!
_________________
Never be a prisoner of your past.
It was just a lesson, not a life sentence.