Have you always dreamed of joining Alice as she journeys in Wonderland and Through the Looking Glass? In this Hidden Objects game, your dream comes true! Help the heroine solve puzzles and find cleverly disguised clues so she can advance through this wondrous land.

Colorful 360 degree scenery, animation, and 3D visual effects will make your adventure vivid and fun. Those with a competitive streak can repeat the quest with new puzzles and have an opportunity to contend with other players. 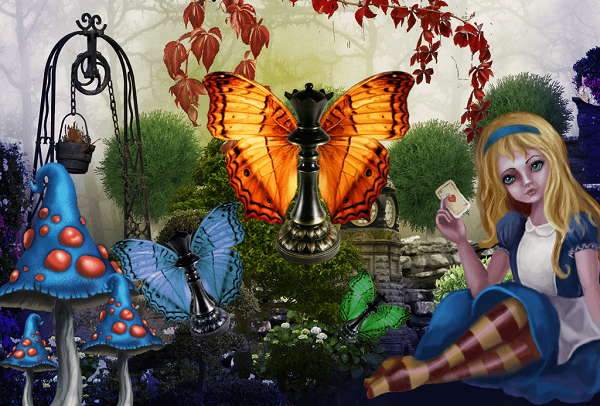 Another nice bonus: you will probably reach for Lewis Carroll's classic once again, and if your child has not read the book yet, playing the game together will be a sure way to spark interest! Dive into the world of fantasy! 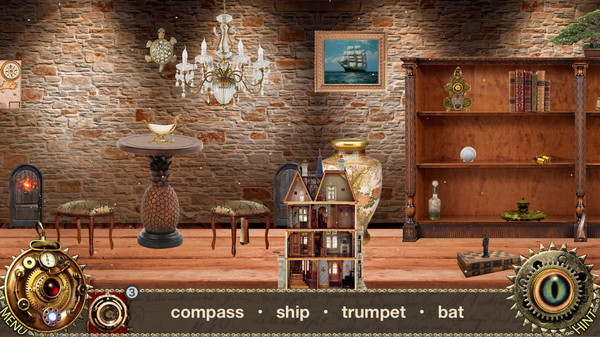 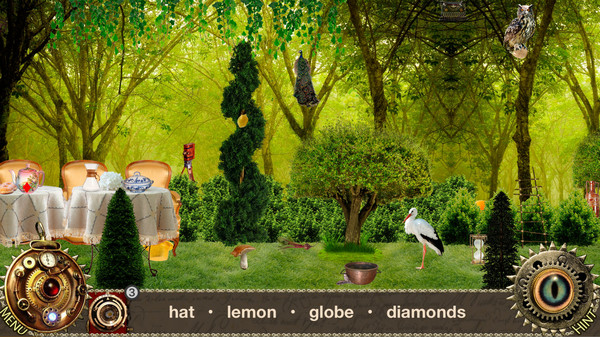 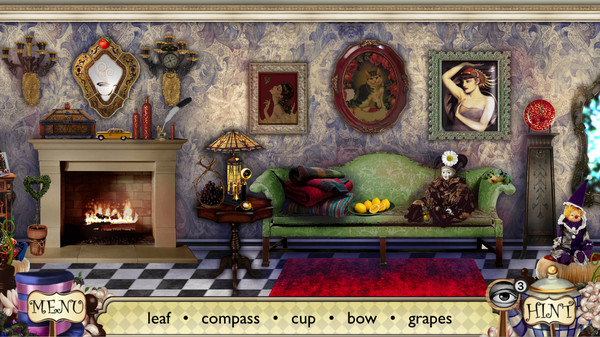 Another offering from Crisp App Studios, and while still low-quality, they ARE improving.  There were no mis-labeled items, and the story snippets were taken straight from from Lewis Carroll's books, so there were zero errors in grammar or in English.

The hidden object scenes give you a full 360-degree view to the left and right, and they've added a 3D effect by making multiple layers to the scenes that move at different speeds.

HINTS are the same as in the last game, Sherlock Holmes: Trap for the Hunter, where you have a hint button that can be reused after 30 seconds, and a "camera hint", which will show you the outline of the item you're trying to find.

Levels consist of traditional find-items-by-list scenes, but there are also a few other types scattered through the game to keep things interesting, such as find-by-outline and matching pairs (NO spot-the-differences this time.)

The intro music and the early levels of Part I are absolutely dreadful, but become much nicer as you play through the game.

The story consists of snippets from Lewis Carroll's books, and are not really tied together in any way - not even by the graphics.
There are two parts to the game.  Part I has 14 levels, and Part II has 12 levels.  There's definitely a difference of quality between the two parts, with the second one being more enjoyable to me.  Every level will need to be played at least twice to find all of the objects, and in Part II, you'll need to play a few levels three times in order to find all of the collectibles (see below).

Collectibles are scattered across the levels, and although there's no indication of where to find them in Part I, Part II shows you how many you'll need to find on the level-selection scene.  Speaking of level-selections, you'll see that there are 3 gray stars at the top of each scene to play.  These are you scoring indicator.  The better you score, the more stars you'll earn.

Scoring is easy - the more item-finding you chain together, the higher you'll score, and finding them quickly-in-succession will net you even more points.

There are seven ACHIEVEMENTS, and they are not hard to obtain, as long as you don't mind playing levels more than once.  On the plus side, we once again have LEADERBOARDS for the fastest players, which makes re-playing more fun.

Overall, this is another fun little hidden object game by Crisp App, and one that I will recommend to no-frills HOG-enthusiasts and those who like the challenge of the Leaderboard system.
_________________
Never be a prisoner of your past.
It was just a lesson, not a life sentence.