Genki's recommended reading order
for those new to the world of Pern:

These are the first two trilogies of the series, though I have stuck the Harper Hall trilogy in the middle. This is because you will miss a LOT of information and some very special development of characters if you go
right to the third book of the original Dragonriders of Pern series, The White Dragon.

To continue with the original characters introduced in these books, you might want to go on to read these next:

The Girl Who Heard Dragons (a short story, but the main character comes up later books) This story is available by the book of the same name, as well as in the book, A Gift of Dragons. Stopping down to read all 4 stories in A Gift of Dragons would be nice
All the Weyrs of Pern
Dolphins of Pern (centers on a new character related to someone you've read about by now, but you'll want to read it before the next book, regardless)
The Skies of Pern


From here, it's up to you what order you read them in, depending on your own personal preference.

Here are the books in
Chronological order, Pern time:

As for the books in quotes, McCaffrey sometimes writes short stories based on Pern, which are published within other books

... Including dragon "animals" (meaning that you can exhibit them). There's even an explanation of why they would consent to be in an enclosure in their description! hehe Govegirl will probably recognize the original dragon our Pern dragons are based off of - we can't take credit for the original animations. I worked hard resizing (greens are smaller than golds, Ruth is smaller than any green) and adding babies, plus recoloring and the rest of the team helped with deciding what their exhibit specifications should be, other technical stuff, etc. Very cool for a Pern lover like me!

I was very sad to hear of her passing. At least her son is still writing in the Pern universe.
genkicoll

Oh my goodness, I hadn't heard!

Anne was a modern day Bard of epicness! looooooooove her and her books and not just the Pern ones either. She was one of the very few in modern literature that did dragons correctly according to historical lore. In search of someone in Second Life that will make me an avatar that looks like Lessa's big gold lady.
snapnhiss 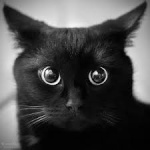