Incredible Art Made From the Mundane

Incredible Art Made From the Mundane 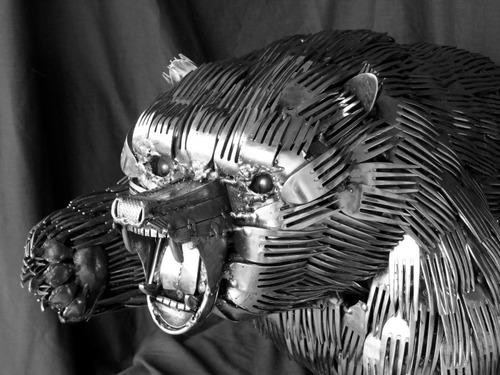 For 25 years, Gary Hovey labored as a heavy equipment operator and industrial welder, but his true passion was a touch more whimsical.

A decade ago, the Knoxville, Ohio resident was inspired by a 10-foot-tall horse sculpture made of steel bumpers by Chicago artist John Kearney. Hovey resolved to make a few smaller sculptures of his own, but with materials he had on hand.

"I thought: ‘I could make those with spoons,’" Hovey told us. "They’d be smaller, and people could have them in their homes." And that’s exactly what he did, first welding a dog and then a heron. They were quickly purchased, and Hovey realized he’d struck upon something.

"People liked them," Hovey said. "[The sculptures] make people happy." Many customers don’t realize at first how the sculptures are constructed, which Hovey takes delight in. "It is funny to watch people as it dawns on their faces: ‘It’s flatware!’"

Hovey’s sculptures, which are made exclusively with forks, knives and spoons, range in size from teeny tiny (about 2 inches tall) to enormous (his largest, a giraffe , clocks in at just about six feet tall). They’re priced accordingly, between $50 to $5,000 . To date, Hovey said he’s sculpted more than 100 pieces.
But for Hovey, the sculptures are more than just art; they’re healing. Diagnosed with Parkinson’s disease about ten years ago, Hovey was forced to give up his day job halfway through his illness. Today, he can’t drive or carry heavy objects, but he can still sculpt.

"That I can still do it is amazing to me, even," Hovey mused. "It’s therapy for me. It’s fun. There’s things that I used to do but I can’t do now. But I still get things done." 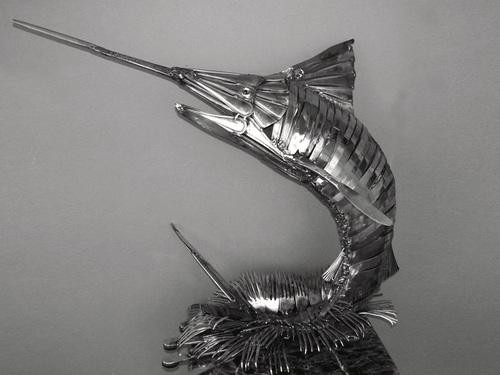 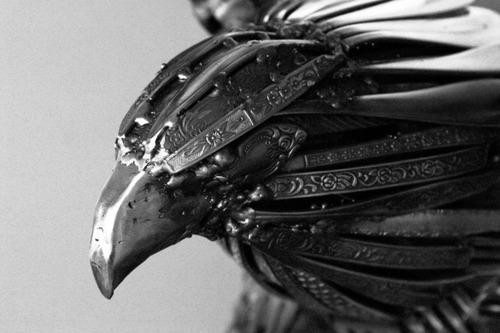 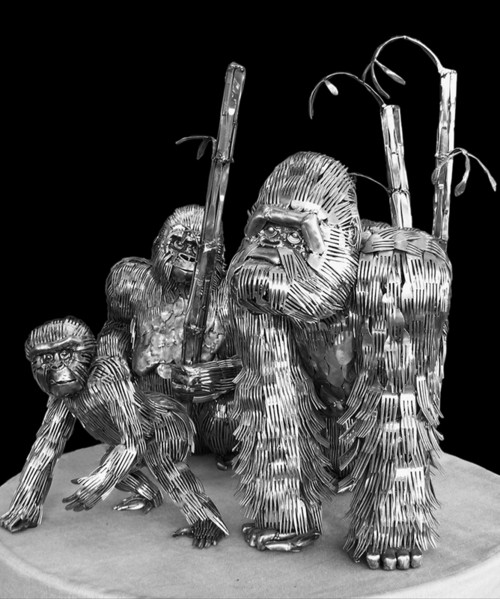 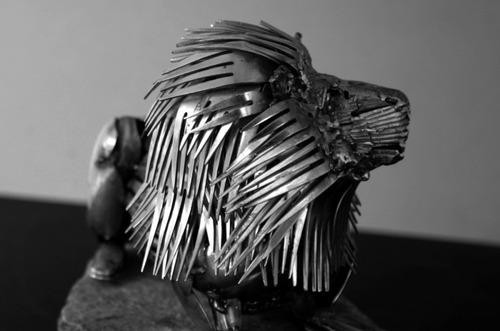 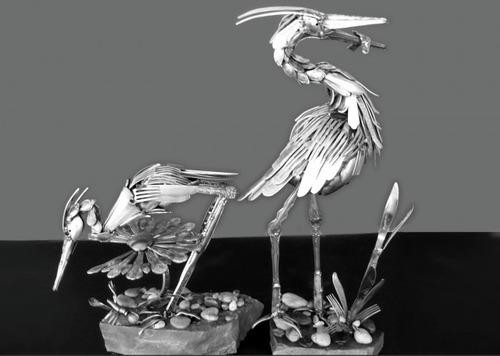 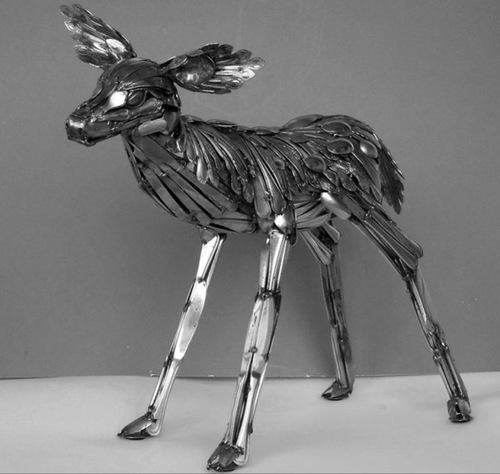 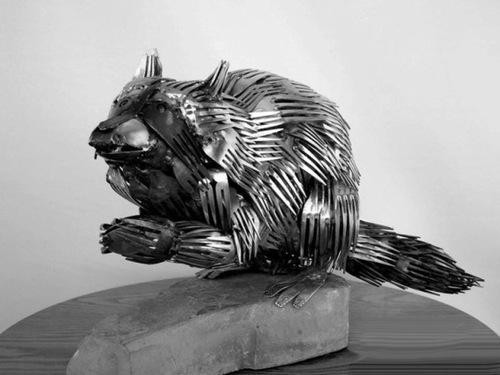 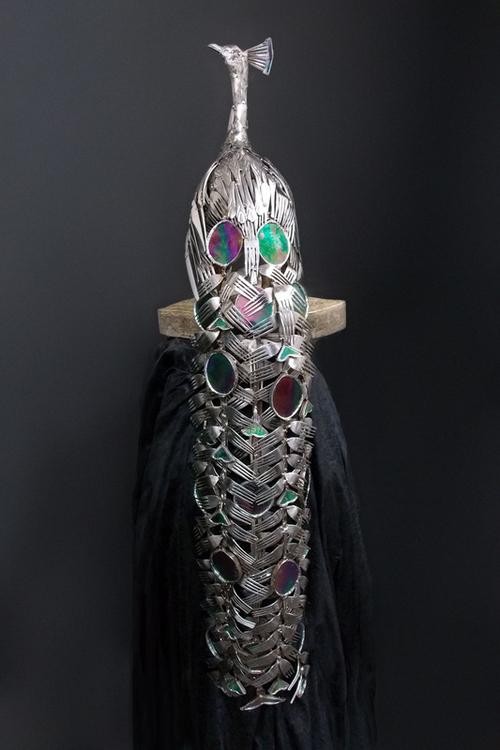 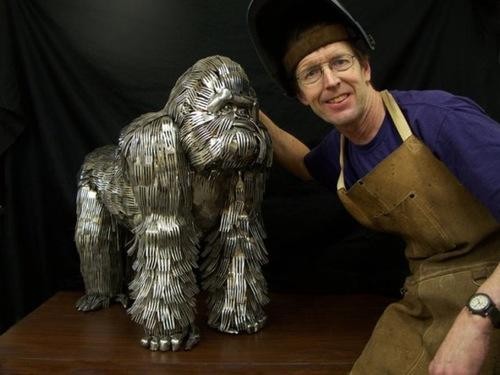 Oh wow!  These art pieces are incredible.  I can't decide which one I like the best it's either the gorilla or the eagle.
RenaissanceMom

These are unbelievable - what a gifted artist! And I am so moved by his story.
Sponsored content