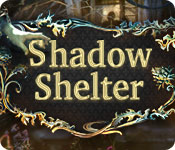 You have been hired as a private investigator to search for the missing heir to an old estate in Scotland. You might not expect to find anyone in an abandoned manor, but that would be a dangerous assumption! The house has a life hidden away from the eyes of a novice. Spirits and ghosts have long occupied the space within its walls and they will only let you into their dominion if you’re willing to play by their rules!

“Out There” HOG Not For The Faint-Hearted!

FIRST IMPRESSIONS
Did you watch the video? Brilliant! And a good indicator of the game, which is perhaps the best standalone I have seen in months of pretty good standalone SEs. But there’s nothing ‘nice’ about it. This is full-on creepy horror, done in a very different style to any of the other games that claim to be dark and eerie.

One thing you need to know up front is that it is pure HOG, and very easy, but there are custom settings available. There are also things that may disturb some people. Including really scary mounted hunters’ trophies that you must ‘rekill’. And a disembodied hand. And a boy who looks normal but is creepier still.

SIGHTS & SOUNDS
Although dark, there is nothing difficult about seeing this game. The graphics are as crisp and clean as the best of them. There is darkness around the edges of the HOPs, but not where you are looking for items, which maintains the atmosphere while not interfering with the game. Items are realistically depicted, and appear to be relevant to the era and story. Everything is very dingy. Unusually, the inventory panel is on the top.

There are some very well done cut scenes, as well as some sepia film drawings on the history. These are recorded in your notebook, along with tasks, and notes that include recipes, formulae and codes.

When it comes to music, this game gets 10/10 for originality and atmosphere. Some of the music is straight out of a “rave”, hard-hitting, loud and claustrophobic. Most is much quieter, but it nevertheless very original in style and maintains the ominous mood. The voiceovers, although only used for narration, are excellent and very professional. Being indoors, there’s little in the way of ambient sound, but the hollow ringing of footsteps in an empty building.

WHAT’S HAPPENING?
A haunted house story par excellence. You are invited to find the owner of an abandoned mansion in Scotland. So you tour the rooms of a truly devastated house, where everything is old and rotten and laden with cobwebs. But clearly there are other ‘living’ beings in the house, including a perfectly normal-looking boy who just happens to be able to disappear, and set things on fire, by his wishing it. The exploration of the house, far more than any attempt at finding an heir, seems to be your major preoccupation. You are very much alone and silent, there are none of those black bar comments made by our “inner voices”.

GAMEPLAY
As a HOG, this game has very little adventure play. Although you can wander around all over the mansion, most of the items and info you need to progress are found through completing HOPs. These come in several types. There are word lists, item sketches and multiples. There is also an informal kind of HOP where you will find a bunch of one item in a location, like feathers, and will need to collect them, although you are not given any instruction to do so. They’ll just be lying around in suspiciously large numbers. Further into the game, I noticed some of the HOPs included interaction, which you have to work out yourself. Each HOP is visited once only.

There are mini-games, not really puzzles. These include things like using a distillery to obtain an item, or putting together a machine. These tasks are usually helped by a pic of the item/s needed to proceed. Nothing like the sort of thing you need a skip button for, and there isn’t one. Hint, too, only tells you “nothing to do here”. There is an interactive jump map, but I found it mostly unnecessary. There is also a ‘map’ that shows up as the filler when the game is loading (which happens too often), and is not meant to show where you are moving from/to.

COMBINED IMPACT
For some time I’ve pondered why no developer had made a quality game with a decent story and high end production values that was pure HOG. It seemed that only HOPA players could look forward to the best art and imagination. Well, now we have a well-packaged HOG with genuine quality and a specific appeal.