The Making of Sable Maze 2

The Making of Sable Maze 2

Behind the Curtain — The Making of Sable Maze: Norwich Caves

We recently asked developer Daily Magic to describe the process behind creating Sable Maze: Norwich Caves . Check out their many insights below! When you’re finished reading the aricle, try Sable Maze: Norwich Caves today!
At Daily Magic, we want you to discover unique worlds where you can meet characters that make you feel immersed in the story. Designing a game is not just an artistic endeavor, but a scientific one as well. To master it, you must leave every element open to changes, and rethink what you know about games. Consider this a sneak peek into the creative minds behind Sable Maze: Norwich Caves. We’ll show you how we inject a little magic into our games.

The concept of an enormous, magical maze intrigued us so much that we knew we had to make it our central theme. That’s why the Sable Maze series is the perfect series for us. At our core, we’re a studio that loves mysteries. We enjoy crafting ancient legends and hiding secrets for our player to uncover. Creating a world that is built upon these forgotten labyrinths is not an easy task, but we’re driven by inspiration from our favorite books, movies, music, and especially other games. 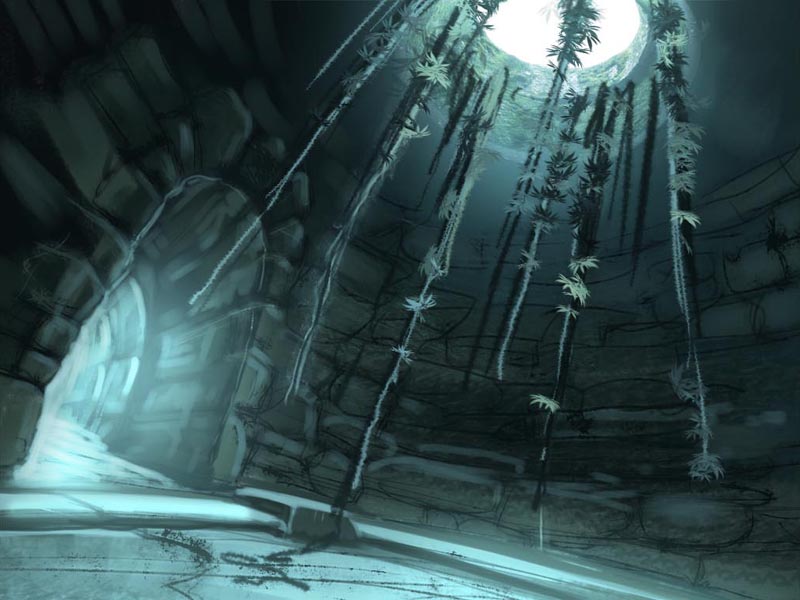 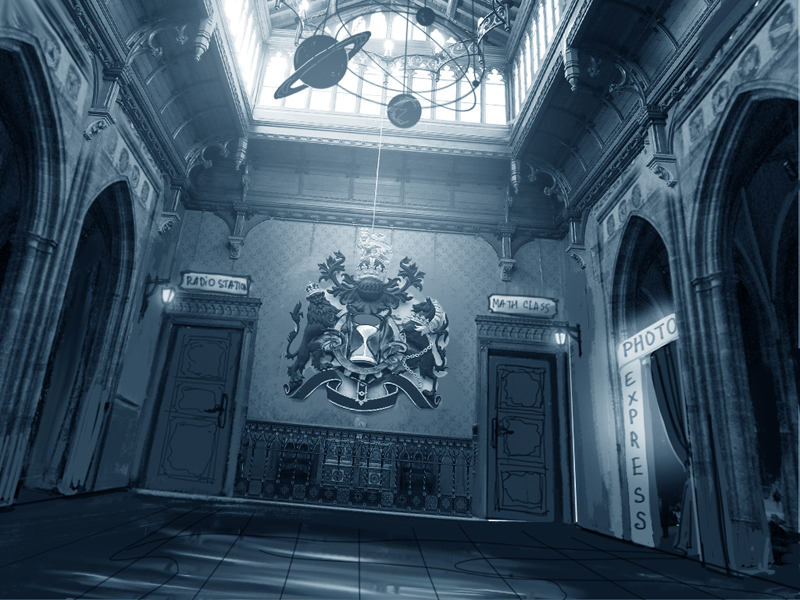 The unique labyrinths in our Sable Maze series are created by combining different time periods and cultures. We came up with the setting for the first Sable Maze game while discussing horror movies. Have you ever noticed that whenever a group of kids go to summer camp something bad always happens? Our team wondered why so few games have been set at a summer camp. We took further inspiration from the druids and monstrous trees from the 1990 movie The Guardian, which made the perfect antagonists. Sable Maze: Norwich Caves was based on the Greek myth of Ariadne and the obsessed university students from another 1990 movie, Flatliners. The great thing about our labyrinths is that you never know what you’ll see next. One minute you could be wandering through a hallway featuring Americana-style décor, but the next you might enter a doorway and find yourself stepping into a Mayan temple. However, these worlds don’t feel alive unless you establish the communities surrounding these places and populate them with interesting characters. 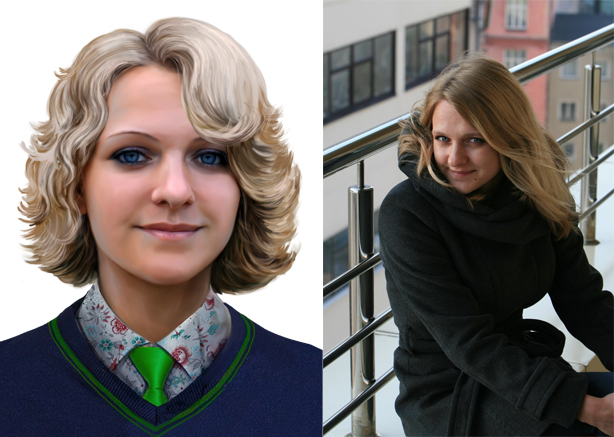 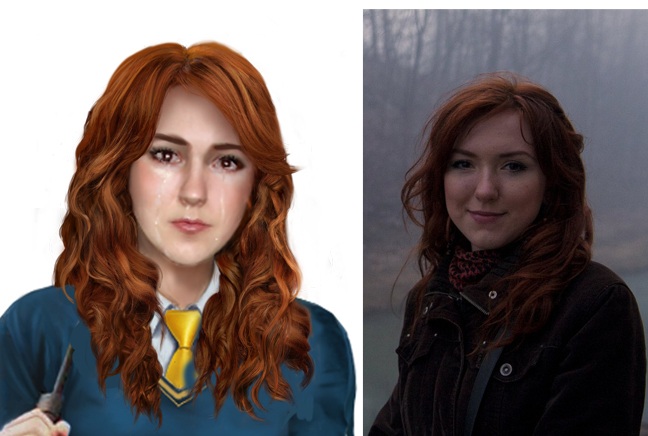 The narrative in our games is driven by our characters, even though some of them don’t get as much screen time as others. One of the ways our team creates these characters is experimenting with common clichés. For example, horror movies from the 1980s rely on several classic character archetypes: the nerd, the jock, the popular girl, and the class clown. When you sit down and watch these movies you can almost always guess the fate awaiting each character in the first few minutes. What you may not know is that this makes you subconsciously pay more attention to their actions. Our trick is building characters that seem to embody a certain stereotype, but to toss a few curveballs every now and then to keep the player’s interest. We also often use our own talented team members as references for the characters’ physical traits. This makes getting the right emotion and gesture for each interaction that much easier. We just have to lean over and ask them to smile for the camera! 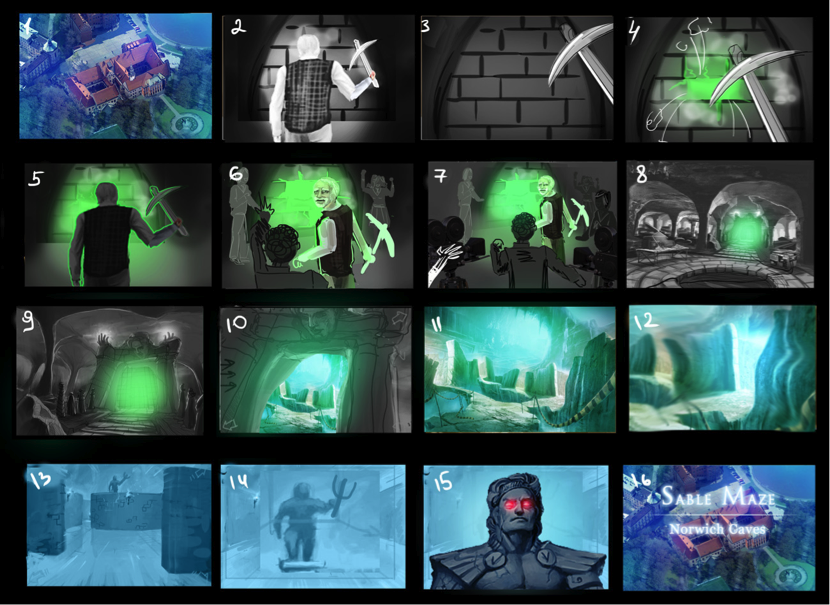 As we were designing Sable Maze: Norwich Caves, we discovered it was going to be bigger than any of our previous games. In this game, you take on the persona of a college professor who was hired to replace Professor Buildson, an architecture professor who went crazy after discovering a labyrinth under the picturesque campus of Norwich Caves University. Several students who were part of Buildson’s initial expedition have gone missing, and at the request your favorite student, you must journey down into the labyrinth to find the missing students, before they drown in the rainwater that’s quickly filling the labyrinth’s corridors. 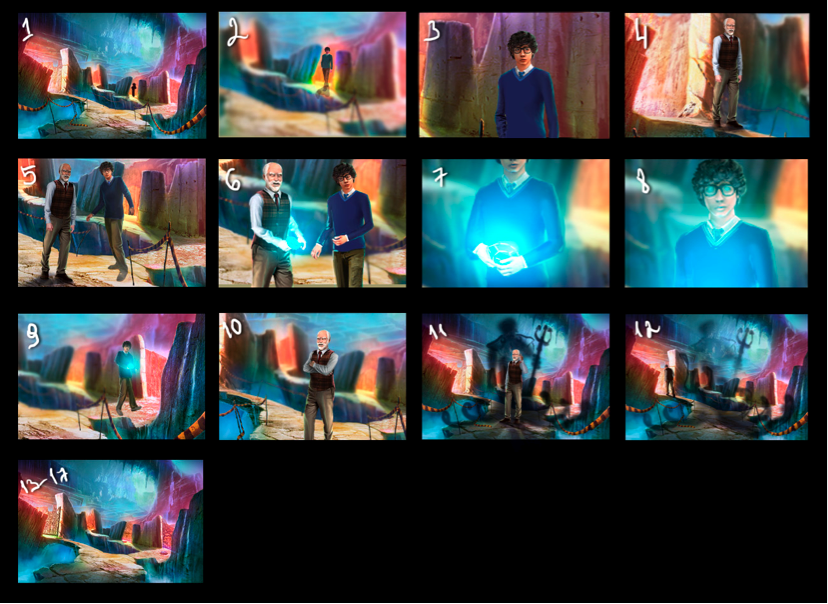 From a gameplay perspective, Sable Maze: Norwich Caves is a step in a new direction for us. Items in our hidden-object puzzles now have a specific purpose within the scene to progress until the player finds the useful item they need. Even though we aren’t the first developer to feature these “chain of logic” puzzles, our goal is to refine them so they not only challenging but also immerse you in the world. We’ve focused on making each mini-game fit perfectly into our game world as well. To emphasize this, special attention was spent not only developing a consistent art style and presentation for these mini-games, but also using thematic elements and story elements to give them purpose so it’s not just another puzzle to solve. 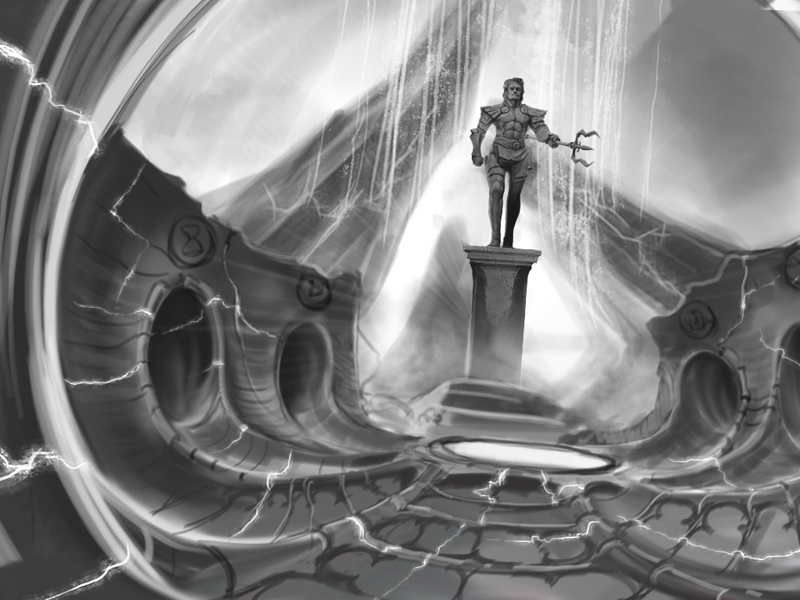 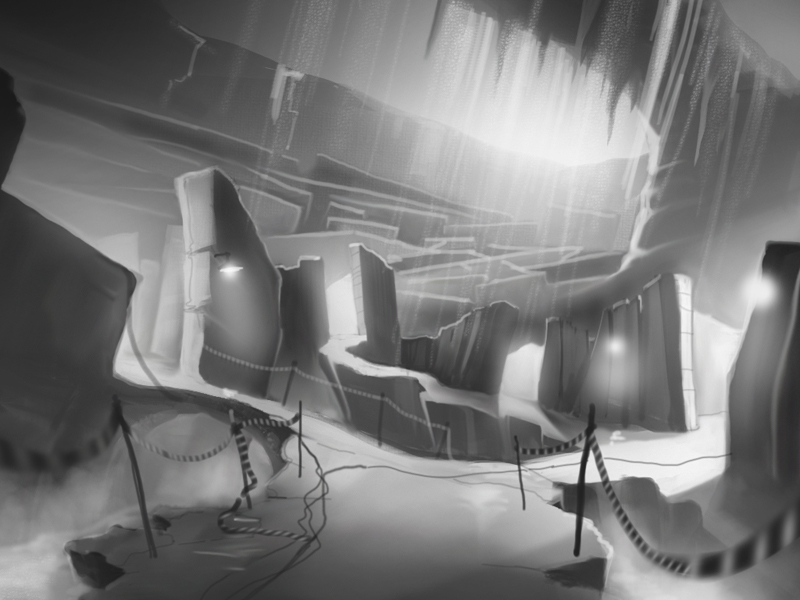 Sable Maze: Norwich Caves is an exciting step for all of us here at Daily Magic. Just as the Sable Maze series is always growing and changing, so is our studio. We are, after all, a “garage” developer that began with just a few friends in an apartment. Since then, we have expanded our team with many talented people who want to provide you with exciting games. We sincerely hope you look forward not only to solving the mystery lying underneath Norwich Caves University, but that you’ll join us wherever our journey takes us next!
_________________
Never be a prisoner of your past.
It was just a lesson, not a life sentence.

Re: The Making of Sable Maze 2

Sounds interesting! I hadn't demo'd it yet but now I want to.
On a visual note, the first thing I thought was that the blonde actress looks a lot like the actress who played Luna Lovegood in the Harry Potter films. Then, in the 2nd grid of stills we see a Harry Potter-ish character.