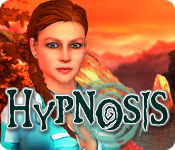 Mysterious circumstances surround the disappearance of a physician from a psychiatric clinic, and police have requested your assistance in the investigation. The patients are behaving oddly as you arrive at the scene, but as an experienced hypnotist, you are able to sedate them and travel into their psyches. As you dive deep into their subconscious minds, you’ll discover that this group of patients is comprised of a collection of exceptionally gifted and intelligent individuals: a painter, a musician, a scientist, a businessman and other bright minds. While each mind contains shocking surprises and intriguing puzzles, none are without terrifying phobias and dangerous obsessions which lead you to believe that what seemed like the disappearance of one man might actually be a catastrophe of epic proportions. Can you face your own subconscious to find the answers?

Admittedly, it’s been a long time since I played a PURE ADVENTURE game, so I am unable to compare this to any other adventure games released recently. Still, a few things struck me.

Graphics have clearly IMPROVED, and they are bright and cheerful despite the sometimes (potentially) disturbing subject matter. And the general feel of the game is SMOOTH & FLUID. Gameplay is straightforward adventure stuff, a LOT of DIALOGUE that is essentially the game, with INVENTORY items being used quickly after you get them, and experience being the objective.

The STORY is that you are called in to HYPNOTISE a bunch of psychiatric patients who are suffering disturbing visions. As well, you must investigate the disappearance of your ex – the patients’ doctor. Each patient’s visions are different, and constitute a self-contained chapter of the game.

You gain experience by hypnotising subjects, and fighting their PHOBIAS. These are NASTY LITTLE BEASTIES each slightly different depending on the subject’s fears. You also get GEMS for the SHOP where you can PURCHASE outfit items, HINT PACKS and so forth. The fights are SKIPPABLE. But they are not too difficult if you’re used to adventure gameplay. I had a tough time past the first few.

I found the game fairly simplistic, but not bad enough to ruin it. I am concerned about the LENGTH. You need to hypnotise a cop and 5 patients, plus I suspect there’ll be some more dreaming ourselves, and some serious nutting out of the investigation elements. Even still, I had completed the cop and the first patient’s hypnosis before stopping after just 30 minutes. (And I must say, I thought that much must have been as long as an hour, so it’s a bit slow).

And I certainly moved slower than an experienced player would, because I was at a loss a lot of the time.

I suspect that this might be an ideal game for relearning adventure skills, and I may well by it for that. Because it feels like a BEGINNERS sort of game.

Experts, I have no idea if you’d like it! But it’s worth a try.